Delia Ketchum in other languages

Delia Ketchum, also known as Mrs. Ketchum, is a character appearing in the anime series and the mother of Ash Ketchum.

Delia is a slender woman with fair skin and brown eyes. In contrast to her son (who has messy and spiky black hair), Delia has smooth brown hair that she commonly keeps in a ponytail with a green scrunchie. She usually wears a pink short-sleeved jacket with a yellow undershirt, a purple skirt, and light green shoes, though her outfits vary. Starting with the Sun and Moon series, Delia's skirt is light blue with an indigo stripe and the color of her shoes were changed to white.

When doing housework, Delia wears a light yellow T-shirt, a pink apron, blue jeans (later changed to a green dress), and orange shoes. She sometimes wears a straw hat and the purple skirt from her usual outfit, however.

When she watched Ash compete in the Indigo and Johto Leagues, Delia wore a blue dress with a white short-sleeved jacket, along with matching shoes. During her vacation in Alola, she wore an orange strapless dress with pink circles on the chest, a pink belt with a gold buckle, a pink flower, and white frills. She also wore a white coat over her dress, along with a matching sun hat and pink sandals.

Delia is a very kind, smart, loving and caring woman, but when she's mad, she's very vocal about it. She knows her son's psychology and personality very well and is very, very proud of him as a true hero able to overcome near any obstacle on the way to fulfilling his cherished dream.

She rarely battles other Pokémon but she made an exception in Showdown at the Oak Corral where Butch and Cassidy tried to steal Poké Balls belonging to Ash and other trainers. She, Professor Oak and Tracey stopped them with a Pokémon battle. After Scyther couldn't battle anymore, Delia sent Mimey to battle Cassidy's Houndour who was about to use its Bite attack. Delia had Mimey use his Double Slap on it.

Since Ash is Delia's son, they have a healthy, loving relationship, although it does run into rocky spots at times. Delia loves her son very much, but sometimes she annoying him, when embarrasses him. Despite this, Delia is always ready to support Ash by watching his Pokémon League battles and help him get ready to go on another journey. Also, Delia does sees that Ash has grown a lot but still thinks he needs to be look after as she counts on the friends he travels with to do just that.

Mr. Mime, nicknamed Mimey, is Delia's very loyal Pokémon. He always helping her in home works, but if something threats to Ketchum household, Delia will use Mimey to protect it.

She is sometimes strict. For example, During Pokémon: Indigo League, she constantly reminds Ash to change his underwear every day. She is also an excellent cook and can cook almost anything. She also helped Brock after Professor Ivy rejected him. She has a Mr. Mime nicknamed Mimey and she has him clean the house for her while she makes breakfast or does the dishes. Ash's favorite dish made by her is the "Double deep dish pizza pot pie".

Delia appears in Pokémon The Movie 2000 as she, Professor Oak, and Mimey notice a chance in the weather around Pallet Town and the Pokémon acting very strangely, even Mimey. Oak fears something has gone terribly wrong with the weather patterns and takes Delia to the Orange Islands to meet up with Professor Ivy. They soon bear witness to the battle between the Legendary Birds and Lugia, before Ash is able to help stop the out of control weather and restore the balance between Moltres, Articuno, and Zapdos. Delia soon confronts him about what happened and asks that he try to save the world a little closer to home.

Her most notable appearance is Pokémon 3: The Spell of the Unown, in which she is kidnapped by an Entei created by the Unown to be Molly Hale's mother. It is also when she was known by her first name.

It is unknown who her husband is, though one of the designers of the Pokémon anime say that Ash's father is a trainer on his own journey. Delia went with Ash on a trip to the Unova Region but returned to Kanto with Professor Oak after giving Ash his clothes for his journey to participate in the Unova Pokémon League.

Delia was talking to the heroes with Professor Oak when Ash contacted them, telling that he was doing fine. Delia apologized to Serena, Clemont, and Bonnie, thinking that he has been a terrible burden on them, but they were instead grateful for what he has done for them. Ash then told her that he had so many things to tell her and that he was taking a flight home later that afternoon. Delia told Ash to take care on his way home and told the rest to visit Pallet Town when they have the time.[1]

Pokémon the Series: Sun and Moon

Delia toured with Ash for a while in Alola To New Adventure and shopped before leaving. She later returned in Alolan Open House! and was introduced to all of Ash's Pokémon, taking care of Litten for a while. Later, when she was encountered by Team Skull, she battled with Litten, who despite being upset about not battling with Ash and fighting foes with Tauros, wounded a Zubat with Scratch and fainted a Salandit with Scratch. Later, when Delia was leaving, she remembered to say bye and drop off Litten.

When Ash returns alongside his Alolan friends including both Samson Oak and Professor Kukui in SM042: Alola, Kanto!, Delia came to see them after they were put some marks on the face by Jigglypuff. She is also the one who make food for their welcoming party and she often carries Ash's Litten during the welcome party. The next day, She and Professor Oak also give farewell to Ash and the group when they are about to depart to Cerulean City by bus.

Delia, Ash and Professor Oak visited Cerise Laboratory in Vermilion City. After Ash was appointed as one of Professor Cerise's research fellows alongside Goh, Delia left Mimey to watch over Ash and returned to Pallet Town.

Delia arrived in Cerise Laboratory to visit Ash. Seeing that his Pikachu felt lonely while Ash trained Riolu, Delia tried to remind him that he'd been with him ever since the day he left home, then told Goh, Chloe and Professor Cerise how Ash and Pikachu met each other. Later, at night, Delia saw that Pikachu didn't return to Ash and Goh's room, and that he decided to sleep with her instead. Seeing Ash's Pikachu like a baby, Delia told him that Ash slept in her bed all the time when he was younger. She then sung a lullaby to him, the same one she used to sing to Ash. The next day, Delia returned to Pallet Town, but Pikachu ran after her while Mimey attempted to stop him. When Pikachu and Ash reunited in Ketchum Residence, Delia scolded Pikachu for making Ash worry about him and invited him, Ash and Goh to dinner. Later, Delia looked in on Ash and Pikachu sleeping together and covered them with a blanket. 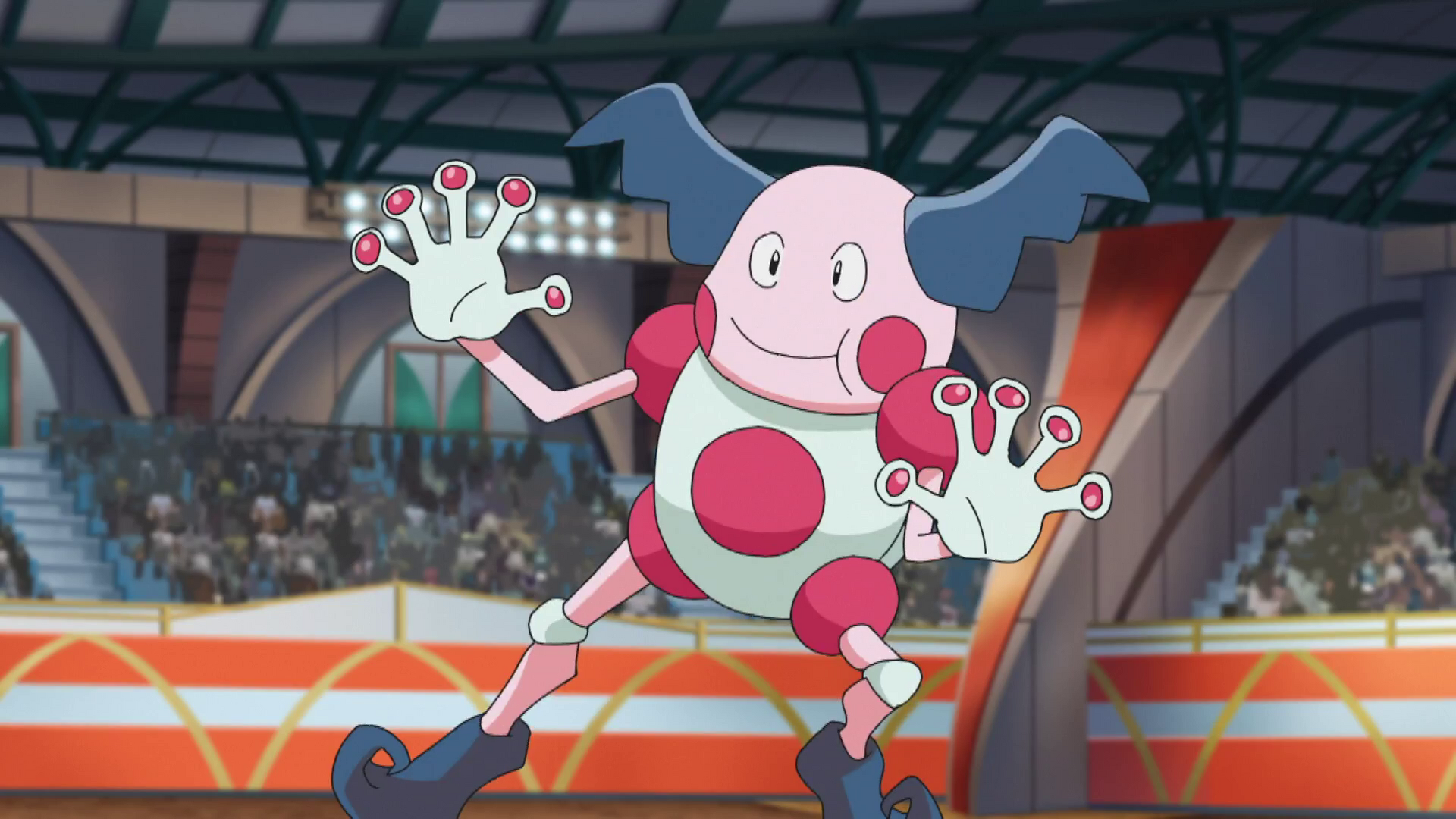 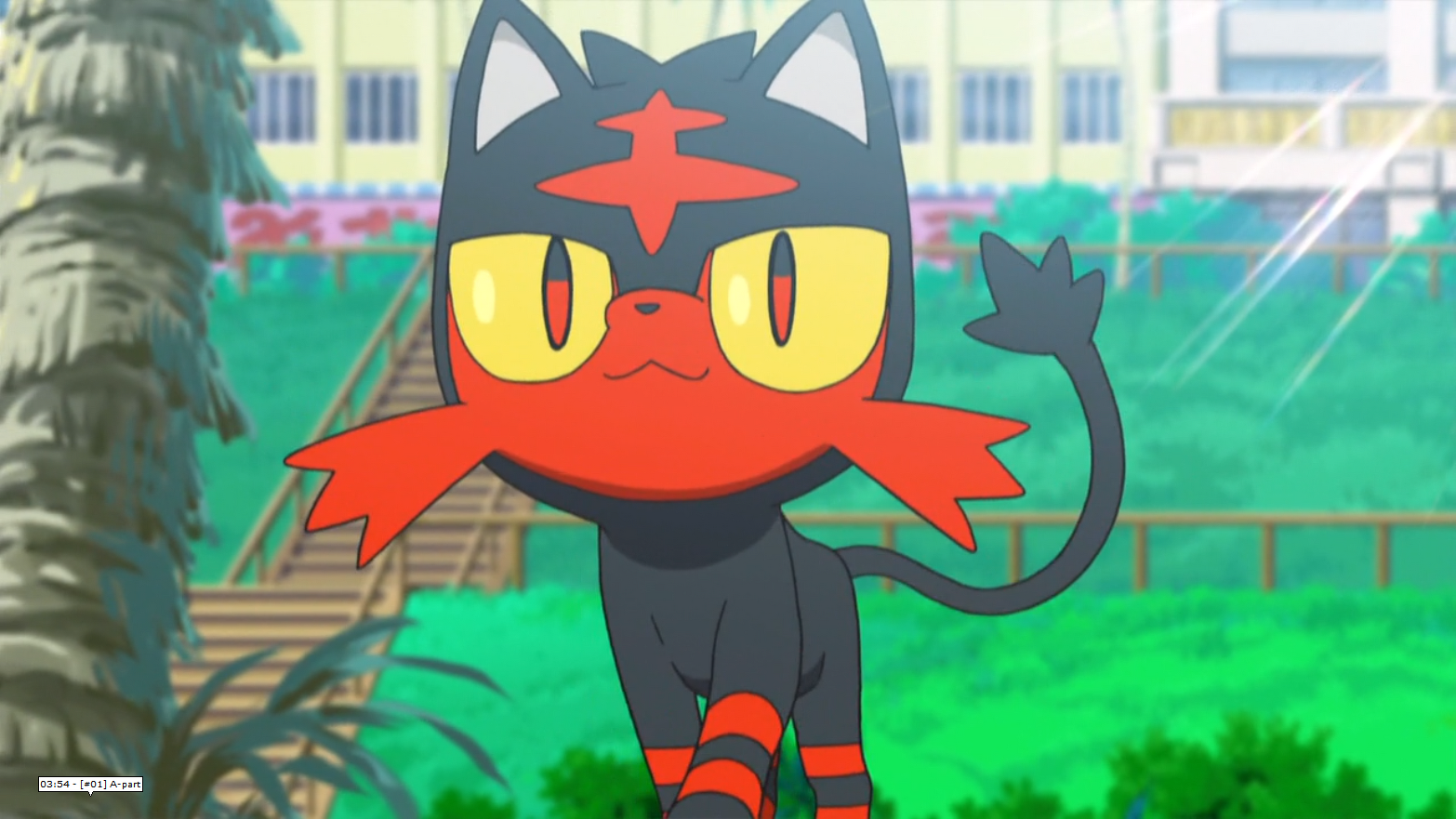 A picture on Delia's fridge from ages ago as seen in Pokémon 3: The Spell of the Unown, this picture depicts Delia, young Ash, Professor Oak, and Molly Hale with her father, Professor Spencer Hale and her Mother

Ash's Mom without her scrunchie.

Delia in Episode 1 scolding Ash for staying up late.

Saying Goodbye to Ash before he starts his journey.

Accidentally embarrassing Ash by showing him his stuff that she packed for him.

After being shocked by Ash's Pikachu

In "The Rivalry Revival"

In "Gotta Catch Ya Later!"

"Beware for I am the monster from under your bed now brush your teeth."

Delia on their vacation in Alola.

Delia in her night clothes