Stephan
Darren T. Dunstan is a Canadian-American voice actor and an occasional stage actor who is currently based in New York City. He has provided voice-over and voice directed on several properties of 4Kids Entertainment, including Pokémon (from Seasons 6-8 and Movie 7). Darren's first role related to the franchise was as Giovanni in Pokémon Live! 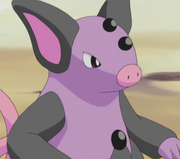 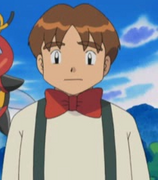 Wani-Wani (as a Croconaw)
Community content is available under CC-BY-SA unless otherwise noted.
Advertisement