Damian was a character who only appeared in Pokémon the Series: The Beginning. He was also the original owner of Ash's Charmander.

Though Damian looks like a stylish guy, he is actually very arrogant, unfriendly, rude, abusive, sneaky, despicable, selfish and rather cruel. He is mostly interested in catching strong Pokémon and expresses no legitimate interest in raising Pokémon himself. In the Japanese version, he also seems to neither know nor care about the inherent type weaknesses of his Pokémon, as he mocked Charmander for being too weak to even beat a Poliwag before Brock reminded him that Charmander, being a Fire-type, is naturally weak to Water Pokémon.

At a Pokémon Center, Ash and his friends overheard Damian bragging about how many Pokémon he caught. He said that he left a Charmander in the nearby forest because he thought he was too weak. Brock furiously confronts Damian and demands him to reclaim his Charmander because it might die in the rain. Damian laughed it off and attempted to battle Ash and his friends, but Nurse Joy intervenes, stating that using Pokémon to settle arguments is wrong, although after they left, she warned the group about their bad reputation.

Ash, Misty and Brock rushed into the storm to save Charmander to find him being attacked by a flock of Spearow before Pikachu scared them away with his Thundershock. The gang then wrapped Charmander in their raincoats and carried him back to the Pokémon Center. When they get there, Nurse Joy is initially angry until Ash explained that it was Damian who left the Charmander there, taking advantage of Charmander's loyalty. Brock begged Joy to save the Charmander, and she promised to do her best. After an intense and distressing wait, Nurse Joy finally came out of the operating room stating that Charmander has pulled through, and he'll be fine by tomorrow. But as soon as Charmander recovered the next morning, he left to wait for Damian once again.

Team Rocket later tried to steal Pikachu, but Charmander chased them away with a Flamethrower attack. Ash asked Charmander to join them, but Damian showed up, having seen the fight, and said that he had purposely left Charmander alone to toughen it up. In fact, Damian was glad he didn't have to go through the trouble of raising Charmander himself, to the gang's disgust. Damian then throws his Poke Ball at Charmander. Seeing the callous and uncaring jerk Damian truly is, Charmander smacked the Poke Ball back at Damian's face. Enraged, Damian attempted to attack the group with his other Pokémon, but Charmander and Pikachu defeated him with a combination of Flamethrower and Thunder Shock. Singed and sooted, Damian ran off sobbing, never to be seen again.

Damian makes a small cameo appearance in one of Ash's flashbacks explaining to Cilan, Iris, and N about his Charizard. 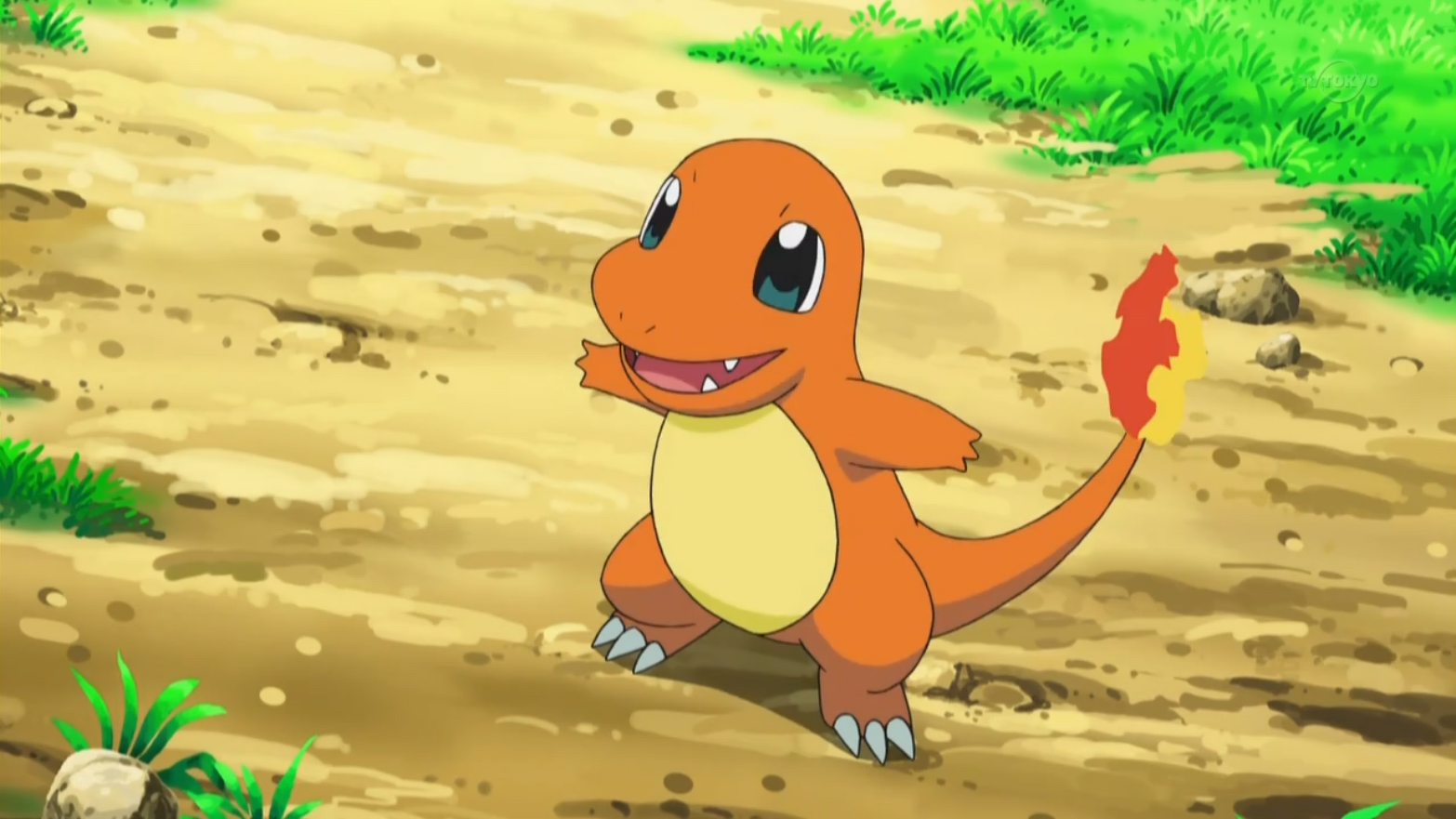 Retrieved from "https://pokemon.fandom.com/wiki/Damian?oldid=1427165"
Community content is available under CC-BY-SA unless otherwise noted.