On the way to Solaceon Town, Ash and Dawn are doing some late night training with their new Buizel and Aipom. During the battle, Buizel accidentally destroys a nearby stone tower and unleashes the Pokémon, Spiritomb. Spiritomb attacks them before flying away. The next morning, Ash and the others arrive in a nearby village that was attacked by Spiritomb. After realizing the trouble they have caused, Ash, Dawn and Brock decide to help seal Spiritomb away. Meanwhile, Team Rocket disguises themselves as psychics in order to capture both Pikachu and Spiritomb.

Dawn and Ash train their newly traded Pokémon. Aipom uses Swift, but misses. Buizel uses Water Gun, but Aipom evades. Buizel uses Aqua Jet, but does not know which Aipom to hit, as she used Double Team. Aipom uses Focus Punch, but Buizel counters it. Aipom uses Swift, collecting the stars in a bigger one, but Buizel crashes it with Aqua Jet. Aipom sends Buizel's Sonic Boom back with Focus Punch, though it hits a statue. The bricks of the statue glow and there is an uneasy wind in the air, as clouds gather. The clouds cover the sky and a thunder strikes the spot and a stone glows, awakening something, a Pokémon named Spiritomb.

Spiritomb attacks them with Shadow Ball, but the heroes go away. It attacks with Hyper Beam, but misses. Buizel uses Water Gun, but the attack goes through Spiritomb and does not hurt it. Buizel got hit by Spiritomb and Spiritomb departs. Team Rocket is ready to eat, but notice a Pokémon coming. The Spiritomb attacks them and ruins the dinner, then departs, hitting Jessie in her head. Jessie is very angry for such treatment and promises to get it. Next day, the heroes wander to a village and witness it was attacked. They are being told a Pokémon attacked them and a woman, although nervous, knows it was Spiritomb. The woman tells a legend that the Spiritomb was causing trouble and made the people's lives worse, so it was sealed away in a statue. Luckily, a hero came with a Pikachu and defeated Spiritomb and sealed it away in a keystone. The hero wandered off, leaving the village to thrive back.

Hearing the story, the heroes know they crushed the statue. The woman knows they crushed the statue. The heroes deeply apologize for bringing the statue down and promise to seal the Spiritomb back. Team Rocket comes, dressed as psychics. Jessie predicts that Ash's guide is a man with a red shirt, a lab coat and writes poems, which is referring to Prof. Oak. Jessie tells Dawn she was a Slowpoke in her past life, making her miserable. Jessie goes to foretell Brock, but sees the old woman and Team Rocket is scared by her presence. Still, they do make everyone know Jessie can talk to Pokémon, but it is a plan to get Pikachu and Spiritomb. Suddenly, a man comes to report Spiritomb attacks the village. Jessie sends her Sneasel (aka Meowth) to use Telepathy (which is just talking) on Spiritomb.

Staravia searches, but did not find Spiritomb. Dawn has an idea; they could lure Spiritomb, as it chases Team Rocket, so a trap could imprison it. Team Rocket is exhausted, but find Pikachu sleeping. They go to get him, but fall in a hole. To annoy them, the heroes chant, but this angers Jessie a lot. Team Rocket has an idea - they tell the twerp with Pikachu is the descendant of the one who imprisoned it. It works - Spiritomb attacks Ash with Hyper Beam. Heeding the woman's words, Ash heads to the site where it was imprisoned and battle it there. Pikachu uses Quick Attack to taunt Spiritomb, then electrocute it with Thunderbolt. Spiritomb retaliates with Hyper Beam. Team Rocket watches and will grab what is left of the battle.

Spiritomb still chases them, so Pikachu attacks with Thunderbolt. Pikachu attacks it again, but he is beginning to be exhausted. Team Rocket is glad to see him exhausted, but Ash and Pikachu evade Shadow Ball, which hits Team Rocket instead and blasts them off. Spiritomb prepares for Giga Impact and hits Pikachu and Ash. The clouds gather again, so Pikachu aims for the clouds with Thunderbolt. The attack comes back at him, but instead powers him up. Pikachu charges with Volt Tackle, ignoring Spiritomb's attack and sends it back to its stone using Thunderbolt. Brock grabs the stone and they all go to the site. They rebuild the statue and it glows, locking Spiritomb from any trouble. The woman tells a new legend is born, as the hero and his Pikachu defeated the Spiritomb once more, though Ash prefers the term Pokémon Master. Dawn is hungry, so the heroes go to eat at the woman's house. 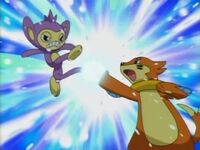 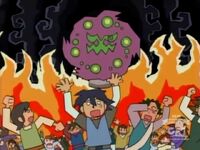 The story of Spiritomb 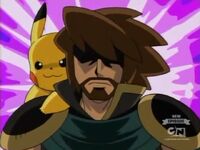 The hero and Pikachu from the woman's legend 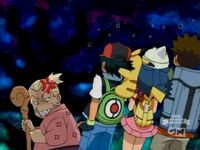 The woman knows who broke the statue 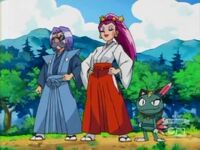 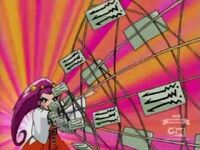 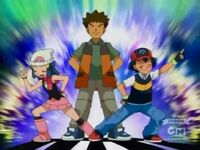 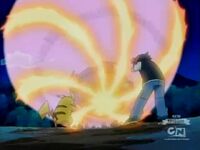 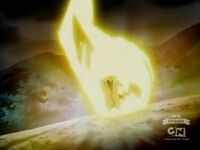 Pikachu is charged up 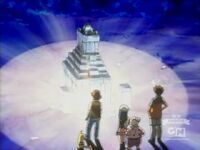 The statue shines
Add a photo to this gallery

Retrieved from "https://pokemon.fandom.com/wiki/DP056:_The_Keystone_Pops!?oldid=1286111"
Community content is available under CC-BY-SA unless otherwise noted.