For the variant appearing in the games, see Kris.

Slugging It Out With Slugma

Crystal, also known as Crys, is a Pokédex Holder in the Pokémon Adventures. Crystal comes from Violet City and was born on the 30th of April, with blood type A.

Crystal is medium height and very slim. She has long hair tied in low bunches which stick out from behind her ears, and she has a long parted fringe at the front. Her eyes are large and are grayish in color. She wears a white lab coat over a red slim fit shirt and a primrose yellow pleated short skirt, with red, black and white sneakers on her feet which vaguely resemble a Poké Ball pattern. The main difference in appearance from her game counterpart is having black-blue hair (as opposed to the game characters turquoise hair) and pierced ears with star stud earrings.

She is also slightly based off Lyra from HeartGold and SoulSilver, referring to her "new clothes" in the HGSS arc. The outfit in this chapter consists of a red long sleeved top with a white collar under blue dungaree shorts, white over the knee socks with black elastic tops and red flat shoes. She also wore a white poofy cap with a red bow tied around it.

As a child, she had a bad fall resulting in her arms breaking, and learned how to kick Poké Balls with her feet to capture a Pokémon, which has become her habit even after her arms mended. Also, she is often called "Super Serious Gal" by Gold, which represents her serious nature. Next to that, she's brave and does everything to help others, which is shown when she stops working at the kindergarten (which looked terrible), to help Oak with his research by completing the Pokédex. Crystal then uses the money she gets to repair the building at the kindergarten, making everyone cry since she had always been kind and caring.

For her precision in capturing Pokémon, she is given the title of "Catcher".

Crystal makes her debut in the Crystal arc, where she gets a Chikorita as her starter. She also meets and befriends Gold and Silver. Together, along with the Kanto pokedex holders, defeat the Masked Man/Pryce.

Crystal makes another appearance in the Emerald arc, where it's revealed she met and befriended Emerald. Later, defeats Guile Hideout with Gold, the Hoenn pokedex trio and the newly freed from petrification, the Kanto pokedex holders and Silver with her Meganium using Frenzy Plant. During the Battle Dome tournament, she loses in the first round, against Green.

Crystal makes an appearance in the HGSS arc, when she comes to the Safari Zonewith her mother. Her Mother forcibly changes her outfit to match Lyra's Outfit for the Safari Zone. She is also seen with Gold and Silver. 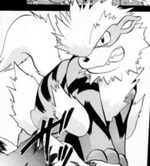 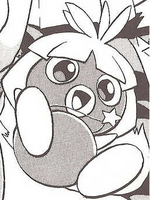 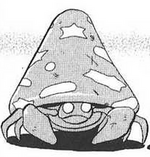 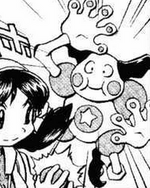 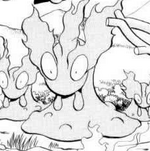 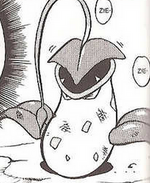 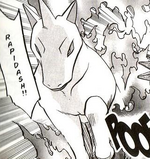 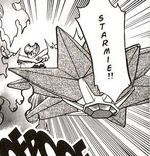 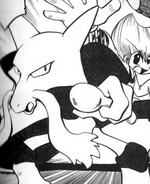 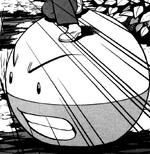 Crystal in the Gold, Silver and Crystal Chapter. 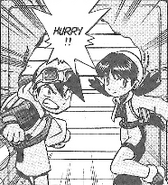 Crystal, Gold and Silver in the 9th chapter