Unlike Golbat, Crobat has two pairs of wings that allow it greater flight capabilities and smaller feet.

Crobat can create ultrasonic waves that humans can't hear in order to help itself to dodge surrounding obstacles while it's flying at night.

Despite having a fierce appearance, it actually has a docile nature and doesn't become enraged easily, as long as it doesn't get disturbed when sleeping in daytime.

Crobat is the evolved form of Golbat by leveling up with max happiness. Crobat is the final evolution of Zubat.

Crobat is based off of Lasiurus bats. It possibly gets its Poison typing because vampire bats secrete a substance from their saliva that prevent blood clots. 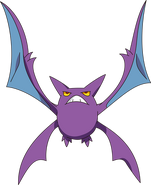 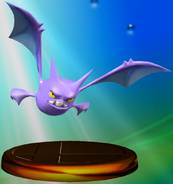 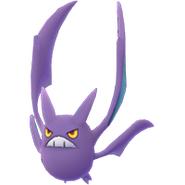 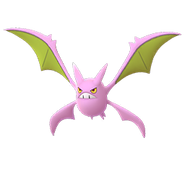 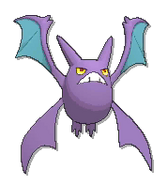