Cramorant is a tall avian Pokémon covered in mostly blue feathers. It has green eyes, a long beak, and black webbed feet. It also has a gray feathery tuft around its long neck in a form of a bib.

Cramorant will sometimes swallow anything which can fit in its mouth whether its food or not, only to spit it out in a hurry when it realizes its error. It is also forgetful, but will never forget a trainer it grows to trust, though trainers must never try to take any of its food lest they be attacked.

Cramorant is supposedly so strong that it can defeat foes in 1 hit. Apparently, even a little shock is supposed to activate its signature Gulp Missile Ability, which does extra damage on contact when Cramorant is hit with a contact move while in its gorging or gulping forms, the latter having a chance of paralysis.

Cramorant is based on the Cormorant and the fulmar, two common seabirds in the British Isles. The cormorant part may be based on Cormorant Fishing, a technique that uses trained cormorants to fish. The fulmar part may give inspiration to its Ability Gulp Missile. Fulmar's are known to vomit defensively in order to scare away foes. The plumage on its chest also resembles a dinner bib.

Its Shiny coloration is possibly a parody of an incident in which a seagull covered in curry was mistaken for a rare sea bird, as the spillage had turned its feathers a vibrant orange.

Cramorant is a combination of the word cram (which reflects its gluttonous nature) and cormorant.

Its Japanese name, U'u, comes from u~ (the sound of gasping, choking, or eating) and u (cormorant) 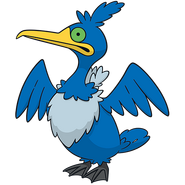 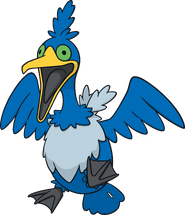 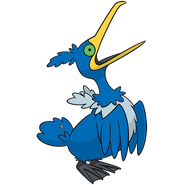 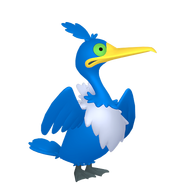 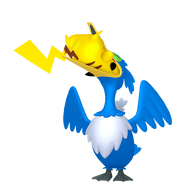 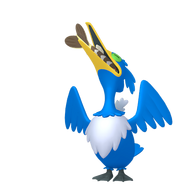 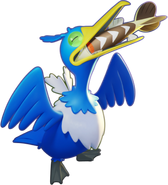 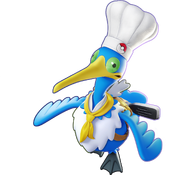