For the variant appearing in the games, see Clemont.

Clemont is a character appearing in Pokémon the Series: XY and XYZ, who is the Gym Leader of Lumiose City in the Kalos region. He gives out the Voltage Badge to those who beat him or Clembot. He lives in the Kalos region and a friend of Ash Ketchum. Clemont and his younger sister Bonnie joined Ash on his journey throughout Kalos, and eventually, he and Bonnie part ways with Ash after Ash decided to head to the Alola region.

Clemont is a short and skinny young boy with fair skin, blue eyes, and messy medium-length bright yellow hair with a lightning-bolt shaped tuft on top. Outfit-wise, Clemont wears clothes that make him resemble a stereotypical geek or nerd. His outfit consists of large round glasses, black shoes with white soles, and a yellow-collared skin-tight blue jumpsuit with yellow stripes on the knees and bottom cuffs. Underneath his clothes, Clemont wears a white tank top, white socks with blue stripes, and light blue bloomers with horizontal dark blue stripes and a matching ribbon.

Additionally, Clemont also occasionally sports a backpack-like cybernetic contraption (which he invented himself) on his back. The contraption has two robotic extensions that Clemont uses to absorb solar and lunar energy- naturally, one appears to resemble the sun, while the other resembles the moon. The white moon-like contraption (known as the "Aipom Arm") is also used to grip and hold objects like an extra hand.

Clemont is recognized as a very keen inventor, even though his devices don't always function as planned. Throughout the entirety of XY anime, Clemont's devices are known to explode, either instantly or after functioning for a brief time before short-circuiting and then exploding. Regardless of this, he is dedicated to the field science and is known to be one of the greatest students at his school. Although Clemont enjoys science, he may fear something if it defies logic. Another one of Clemont's fears includes standing in front of a camera, also known as photophobia. This is known to make Clemont blush, and Clemont is also blushes whenever Bonnie asks a girl to take care of him.

Clemont takes his job as a Gym Leader very seriously. This is especially shown when Team Flare attempts to invade the Lumiose City Gym to use it for their own personal gain. Clemont tried everything in his power to take back what is rightfully his.

Clemont is a skilled inventor and programmer along with being good at repairing things. He has fishing skills and knows a lot about battling while also being good at it as well, due to being a Gym Leader. Also, Clemont's knowledge about Pokémon is top notch and he is a great cook, much like Brock and Cilan.

Meyer is Clemont and Bonnie's father. He saw potential in Clemont as an Electric-type prodigy when he was younger which gave him the idea of sending him to a school to study them and make friends, who was very glad that he did. Meyer has told Clemont how proud he is of him when he became the Luminous City Gym Leader and when he decided to go on a journey with his friends to help him grow as both a Gym Leader and Trainer.

Clemont and Bonnie both deeply care about each other but they do fight sometimes due to being siblings. Clemont gets upset and even angry when Bonnie wanders off or gets into trouble, and often is far behind from the others. Still, Clemont is very affectionate towards her, hugging her when she is afraid or holding her hand, and aware of her physical needs, as shown when he makes her eat her vegetables, even though she doesn't like them. Clemont is very protective of her, and puts her safety above all else, even risking his own life to do so on some occasion. Clemont takes the responsibility of caring for Bonnie. Also, Clemont can get very annoyed when Bonnie asks girls to care of him, even though he knows that she was just trying to help him, as he gets so embarrassed that he would pull her away with his Aipom arm on the back of his backpack.

Clemont and Ash are both best friends as they would help each other out and they would have practice battles together. Clemont admires Ash because of his bravery, determination and love for Pokémon. Also, Clemont believed that traveling with Ash would help him become a lot stronger which it did. They part ways after their journey together ended.

Clemont and Serena are both very good friends as they would help set up the table together when they were taking a break or having a meals. They both share a common admiration for Ash. Clemont trusted Serena enough to look after Bonnie when he went back to Luminous City to prepare for his gym battle with Ash. They part ways when Clemont decided to continue running his Gym while Serena continue her journey to fulfill her ambitions.

Clemont first meet Luxray during his time as a Shinx and when he was younger. After getting him to a Pokémon Center, Clemont and Luxray became the best of friends. When he was about to graduate from the school he was at to study Electric-type Pokémon, Clemont was gonna ask meet up with Luxray then asked him to be his partner and return to Lumiose City with him. However, Clemont was forced to go to a party in his honor which led Luxray to believe that he abandoned him. Years later, Clemont would see his friend again as a Luxio and sees that his friend doesn't trust him, after breaking his words during his childhood. However, Clemont was able to earn Luxray's forgiveness as he asked him to come with him which he accepted. After that, Clemont and Luxary's bond for each other remained unbroken from that point on. Clemont relays a lot in Luxray and is even his ace battler.

Clemont has a good relationship with Magnamite and Magneton as he does care about them. However, Clemont would have them stay at the gym while he was traveling or for various other reasons.

Clemont has know Heliolisk since it was a Helioptile and is one of his ace battlers. They have a good relationship as they do care about each other. Clemont has Heliolisk stay at the gym while he was traveling or away for something else.

Clemont first meet Bunnelby when he was trying to find a way back inside his gym and he stole a piece of fruit Bonnie got for him. Upon realizing why he did what he did, Clemont with Bonnie decided to help Bunnelby and his friends. After he and Bonnie bid farewell to them, Clemont realized that Bunnelby follow them and decided to join him which he accepted. From that point on, Clemont and Bunnelby not only became very close friends but they also became partners.

Chespin is one of Clemont's partner and best friends as they care deeply about each other. Sometimes, Clemont lets Chespin join in on the various activity he and his friends were doing. Despite their relationship, Clemont does get annoyed with Chespin sometimes, like how Ash sometimes got annoyed with his Oshawott. Clemont's annoyances towards Chespin is shown when he gets out of his Poké Ball on his own, although there have been times that habit came in handing, and when he takes the desert then eats them before anyone else had the chance to eat them.

Clemont was shown to be a science student and always made inventions like the Electric Showers in an unknown town. His best friend was a Shinx but since then, the mayor had taken him away after his graduation.[1]

Clemont is the Gym Leader of Lumiose City. When he first met Ash he had a battle with him. For a time, during their travels together, Ash was unaware of the fact he was the Gym Leader. When Ash and Serena found out, he told them about how one of his inventions got hold of his Gym after it went online. With Ash's help he managed to bring it back under control and get his Gym back.[2]

Clemontic Gear (シトロニクギア Citronic Gear) are the inventions created by Clemont in order to accomplish various kinds of tasks. Most of his inventions are stored inside of his Bag.

But, as a running gag, most of his new devices ends up exploding for various reasons (mostly relating to them going over-their-limit), which often leads to the group facing the aftermath of the explosions. 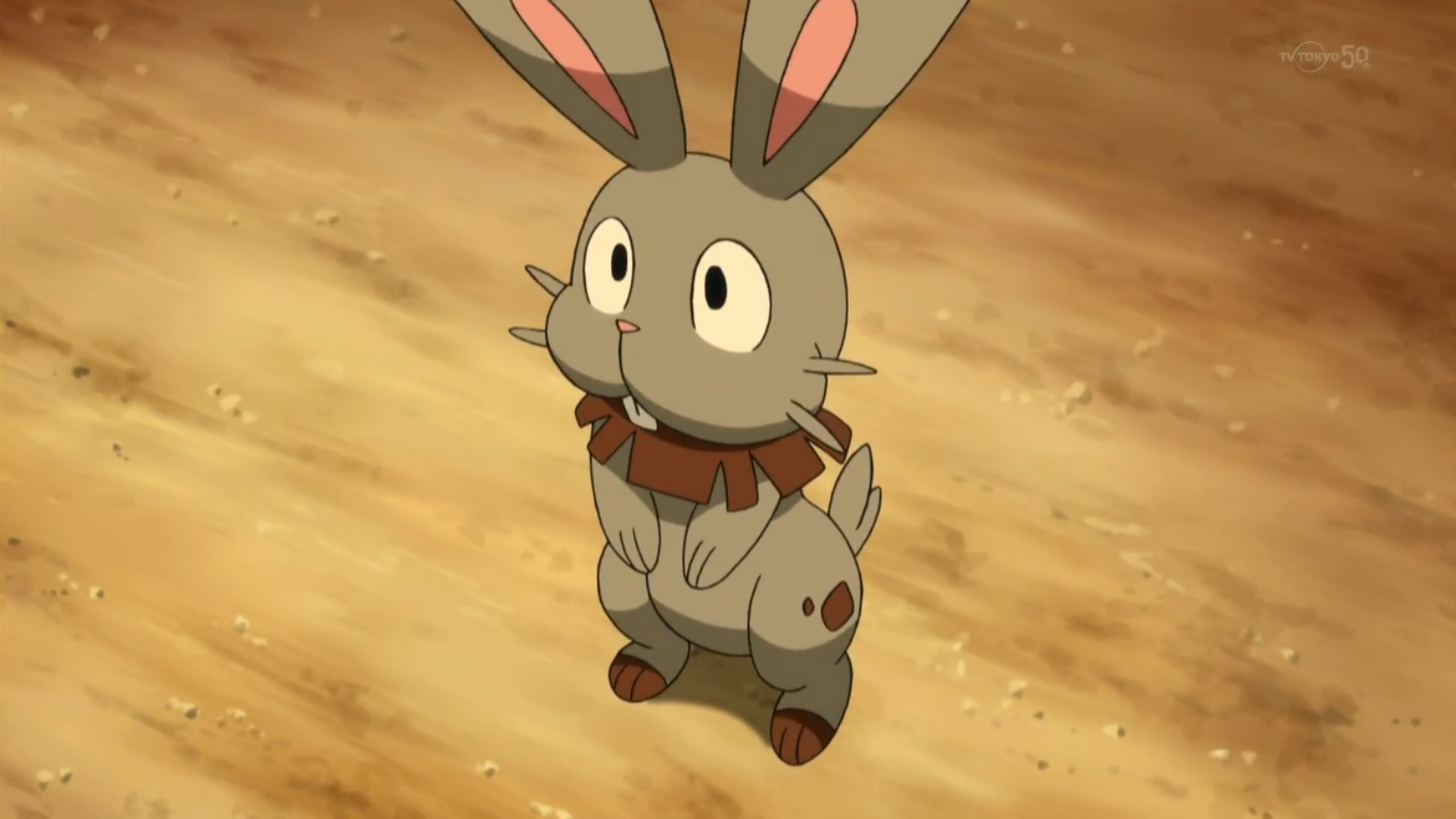 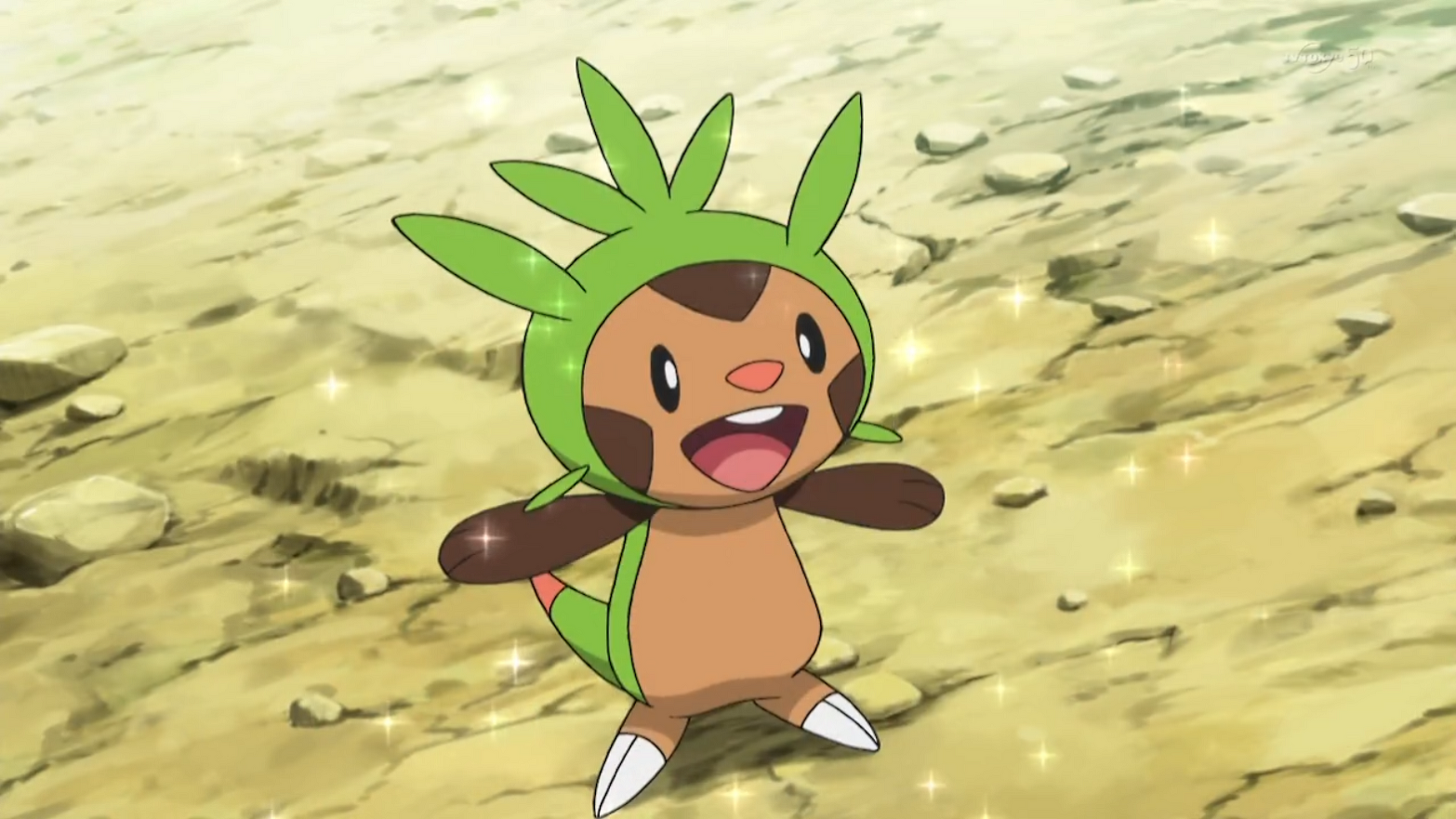 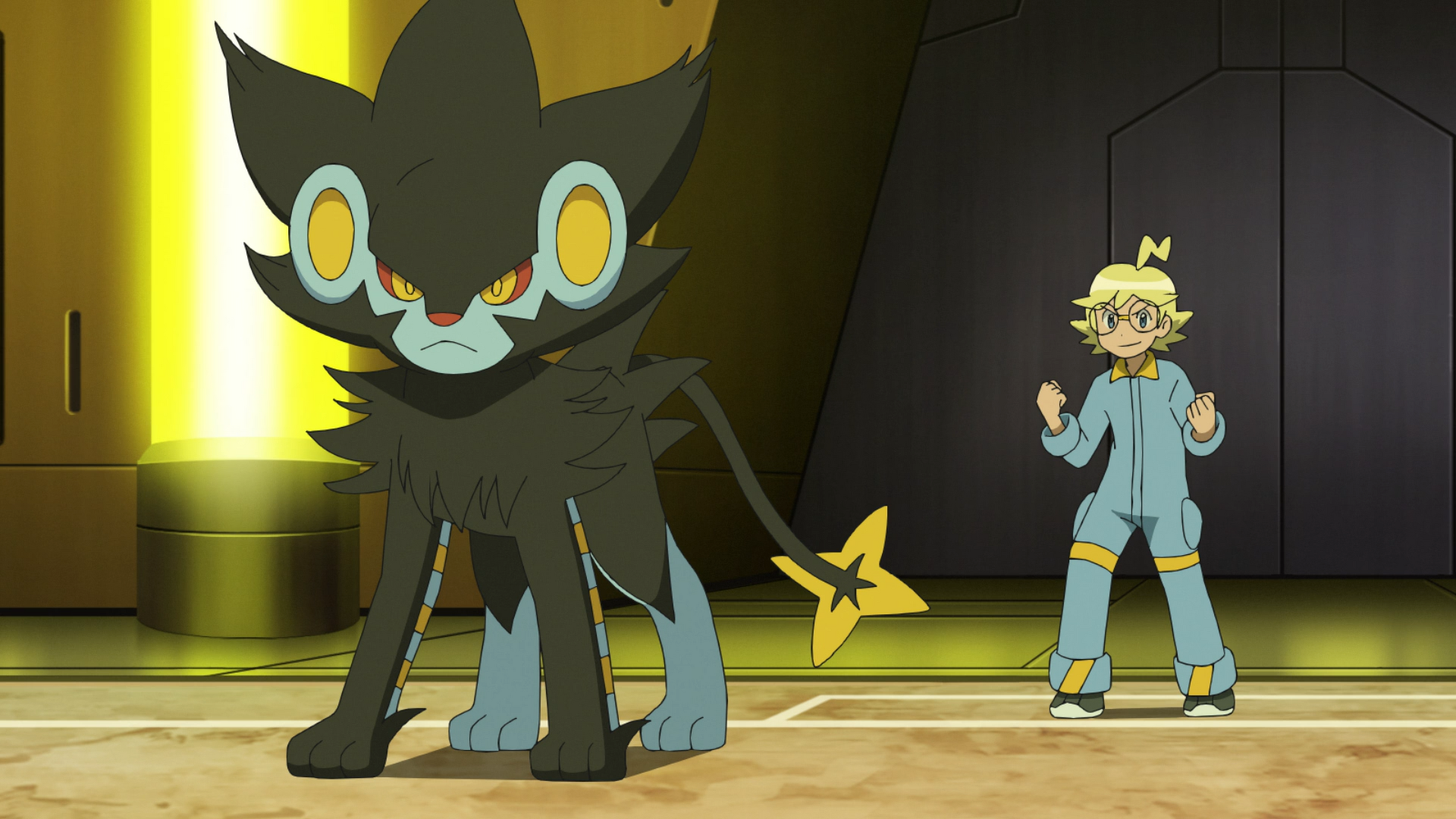 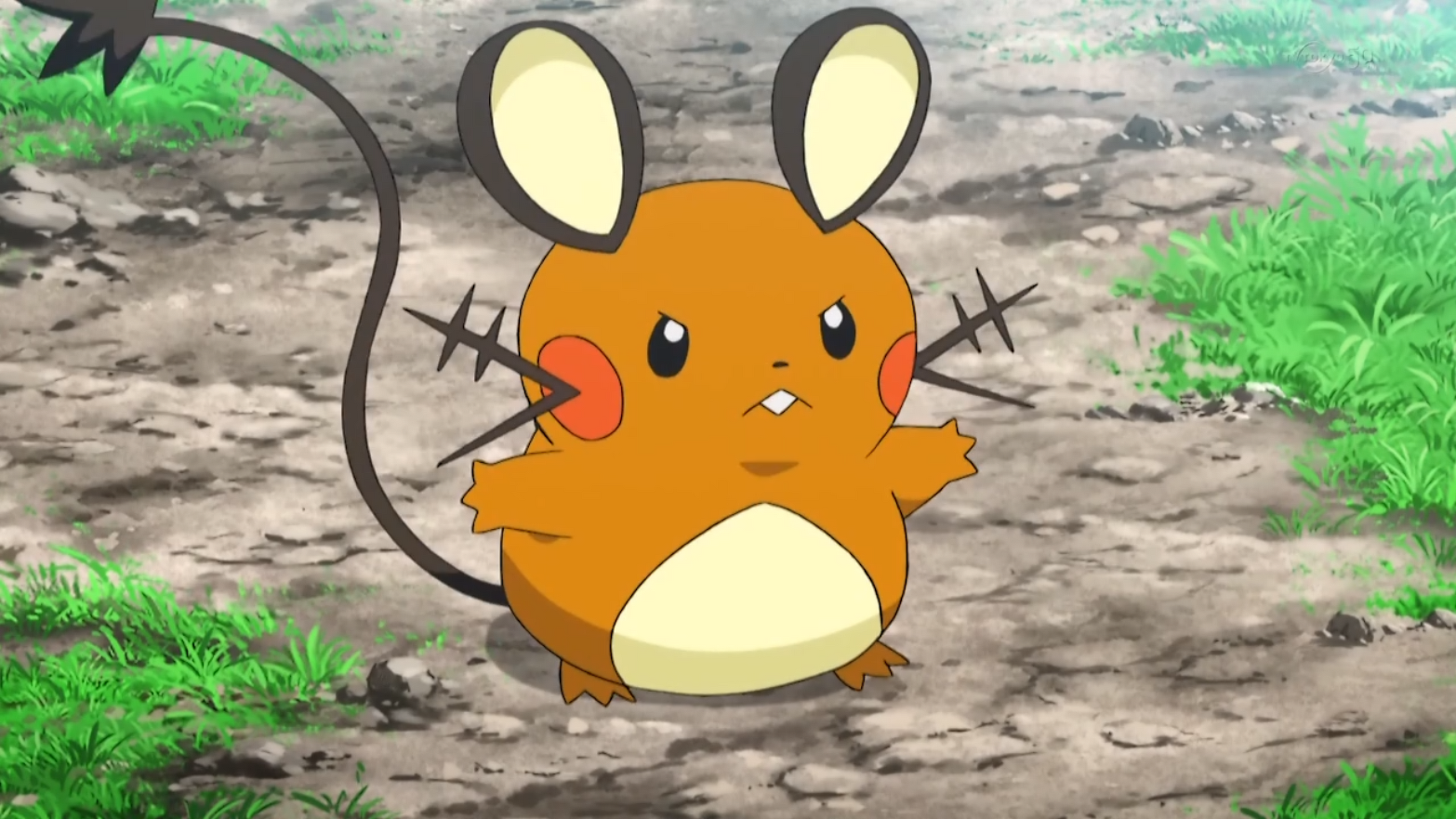 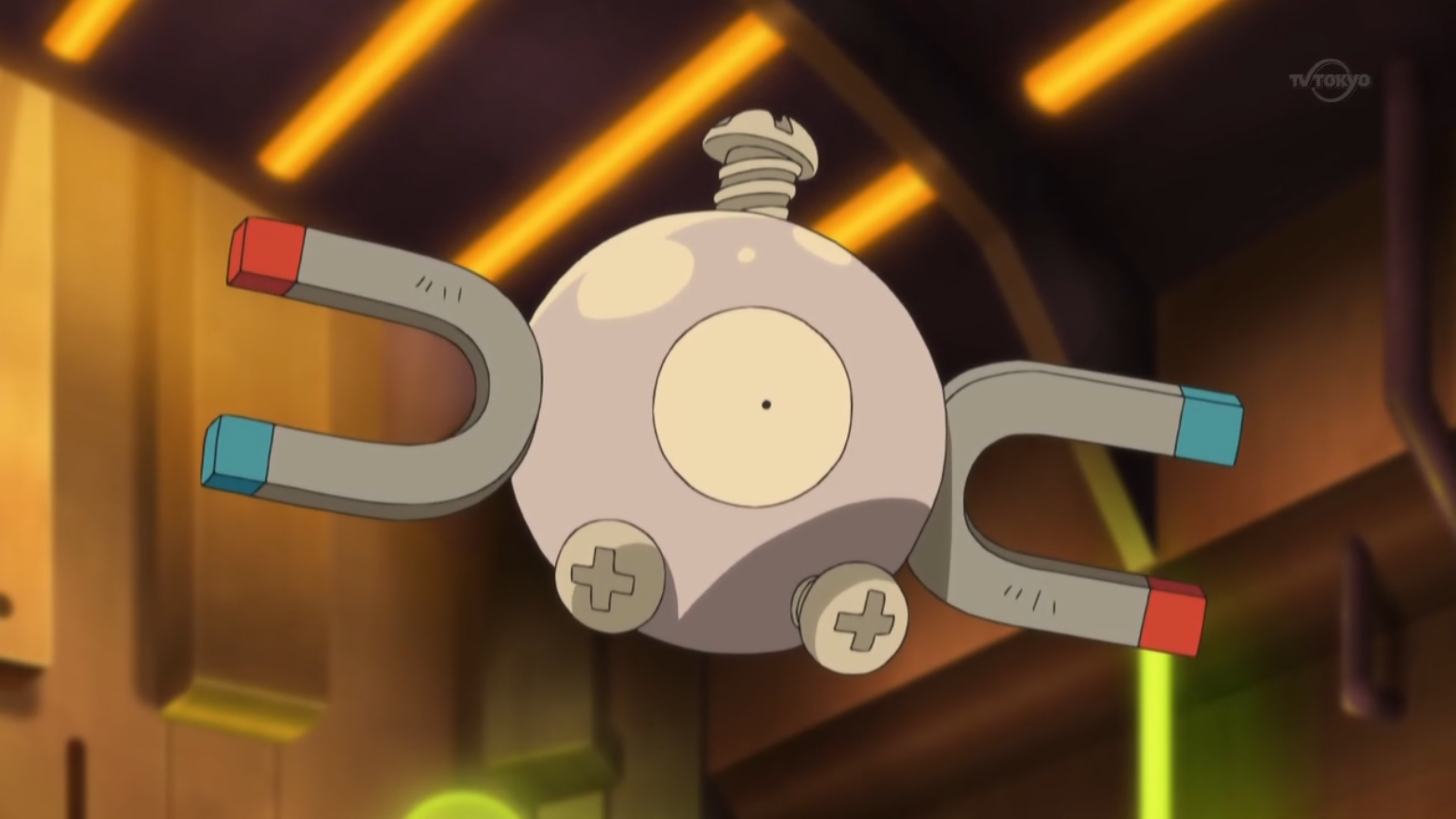 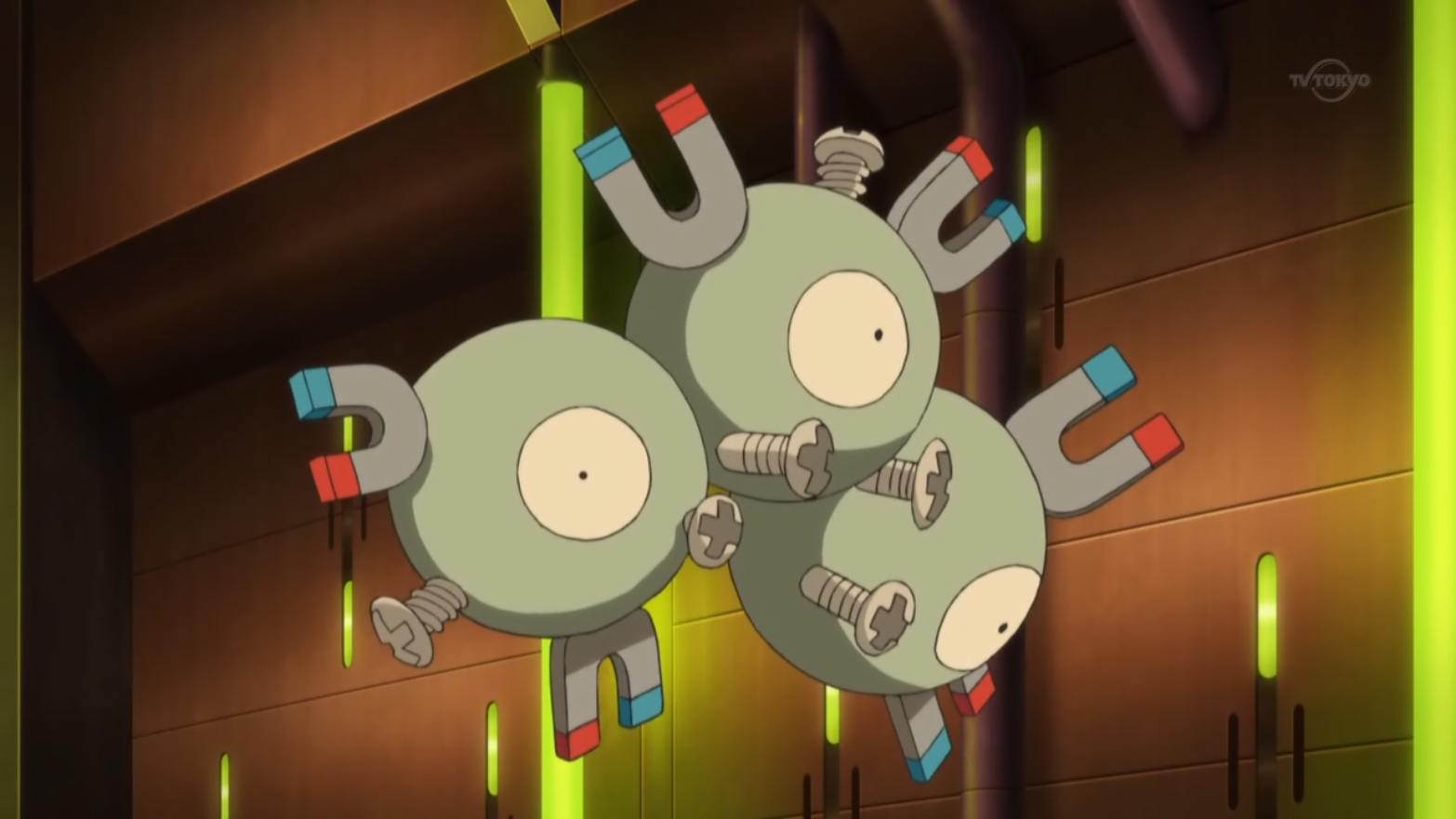 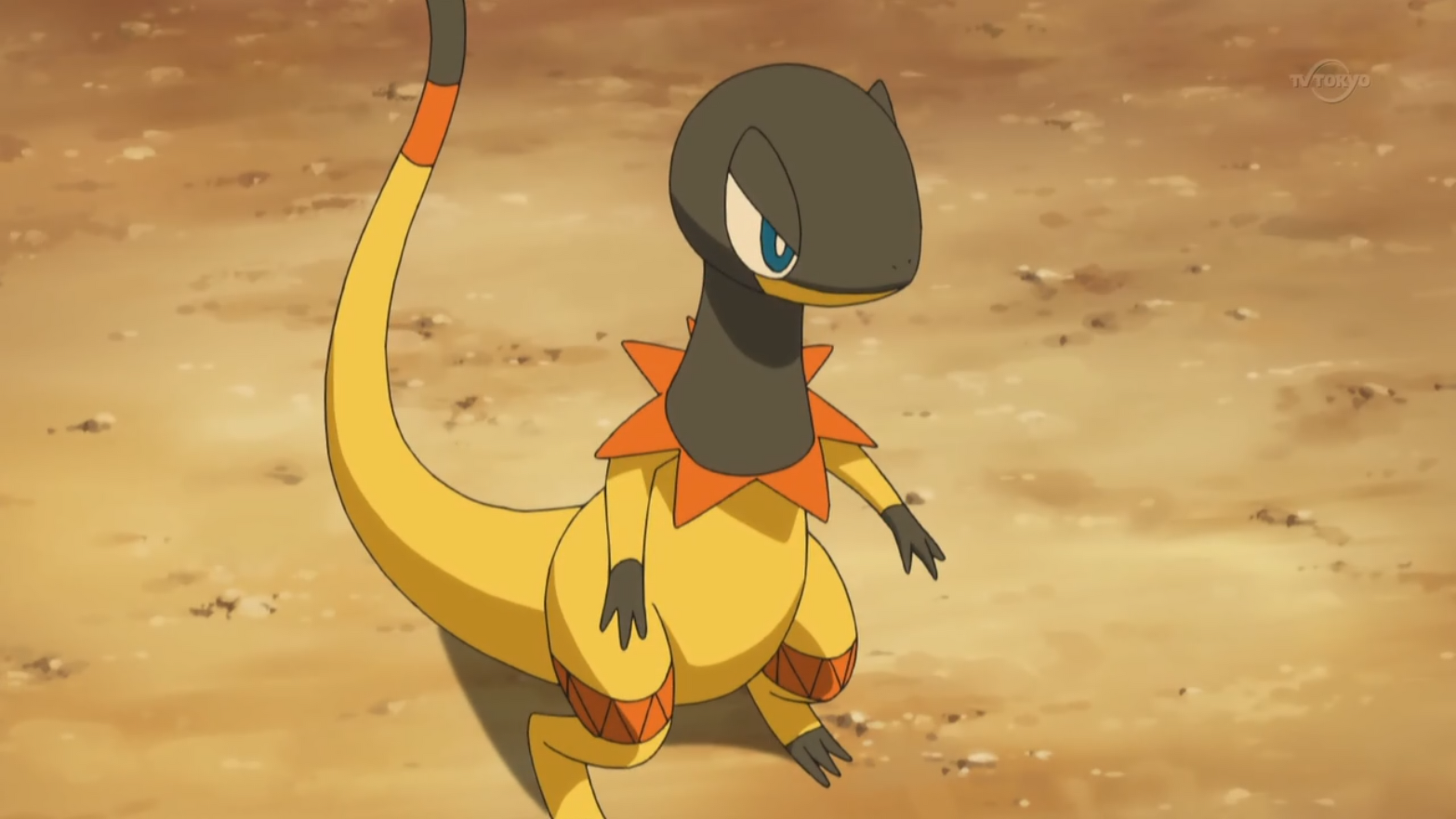 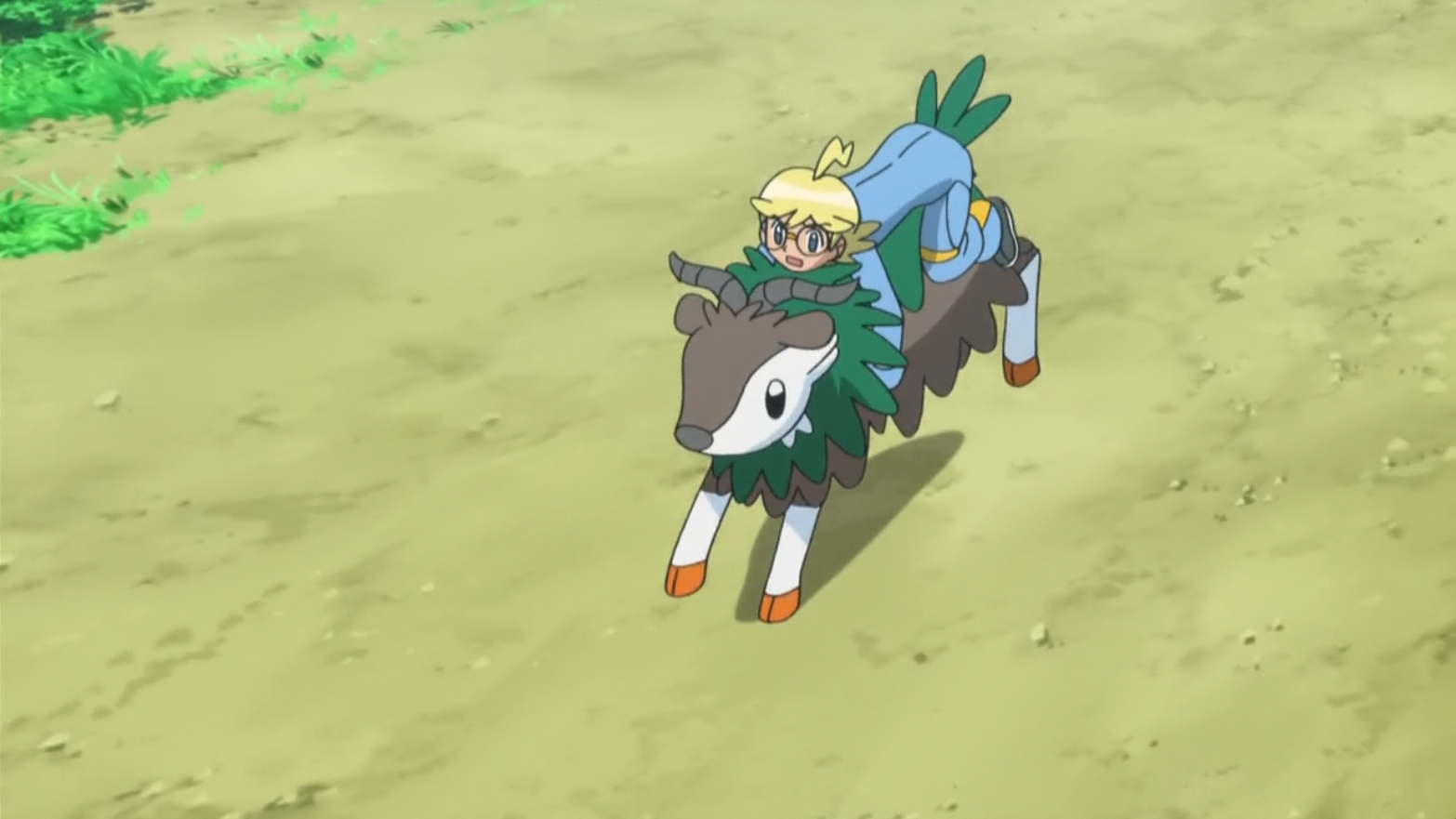 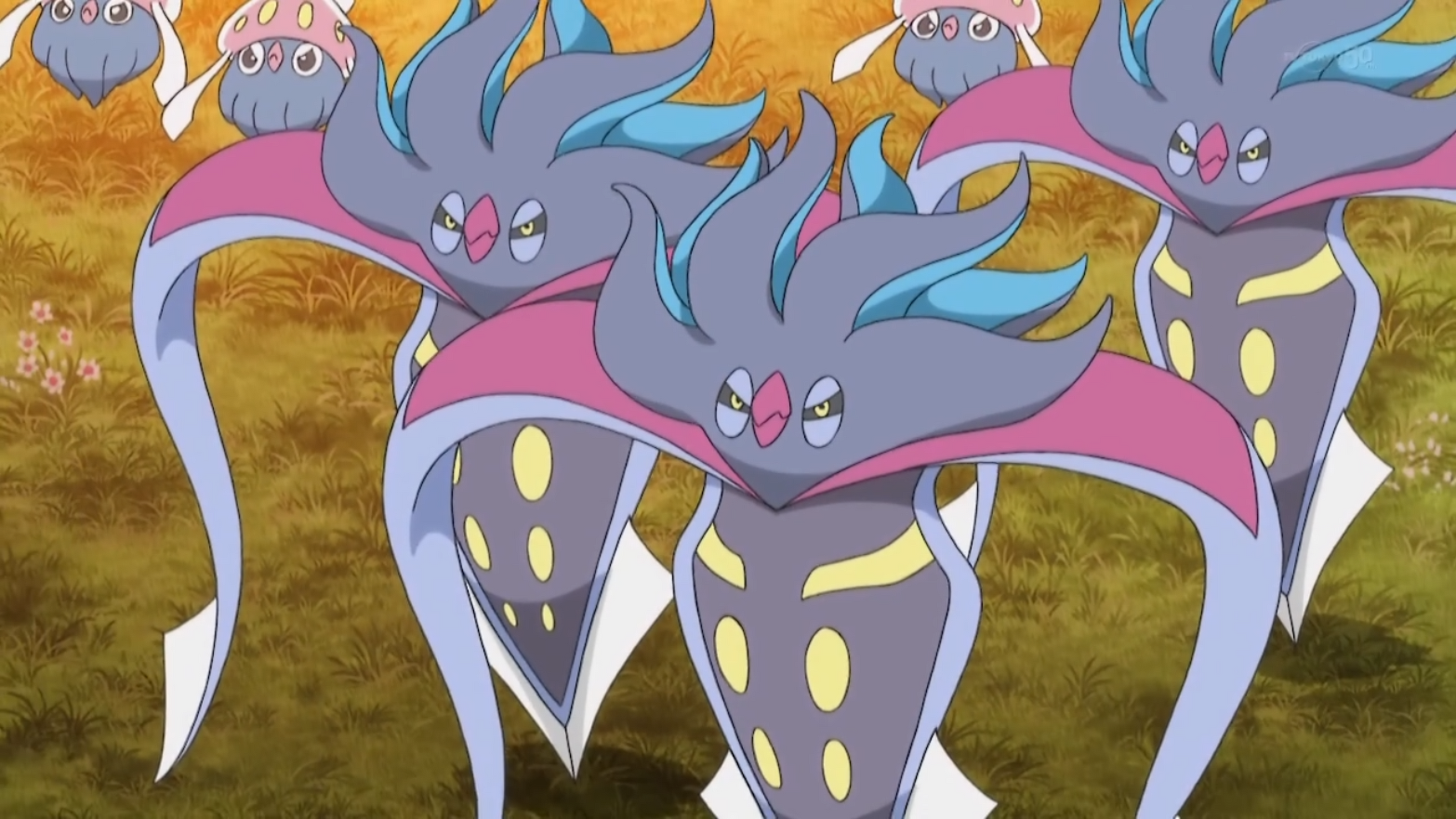 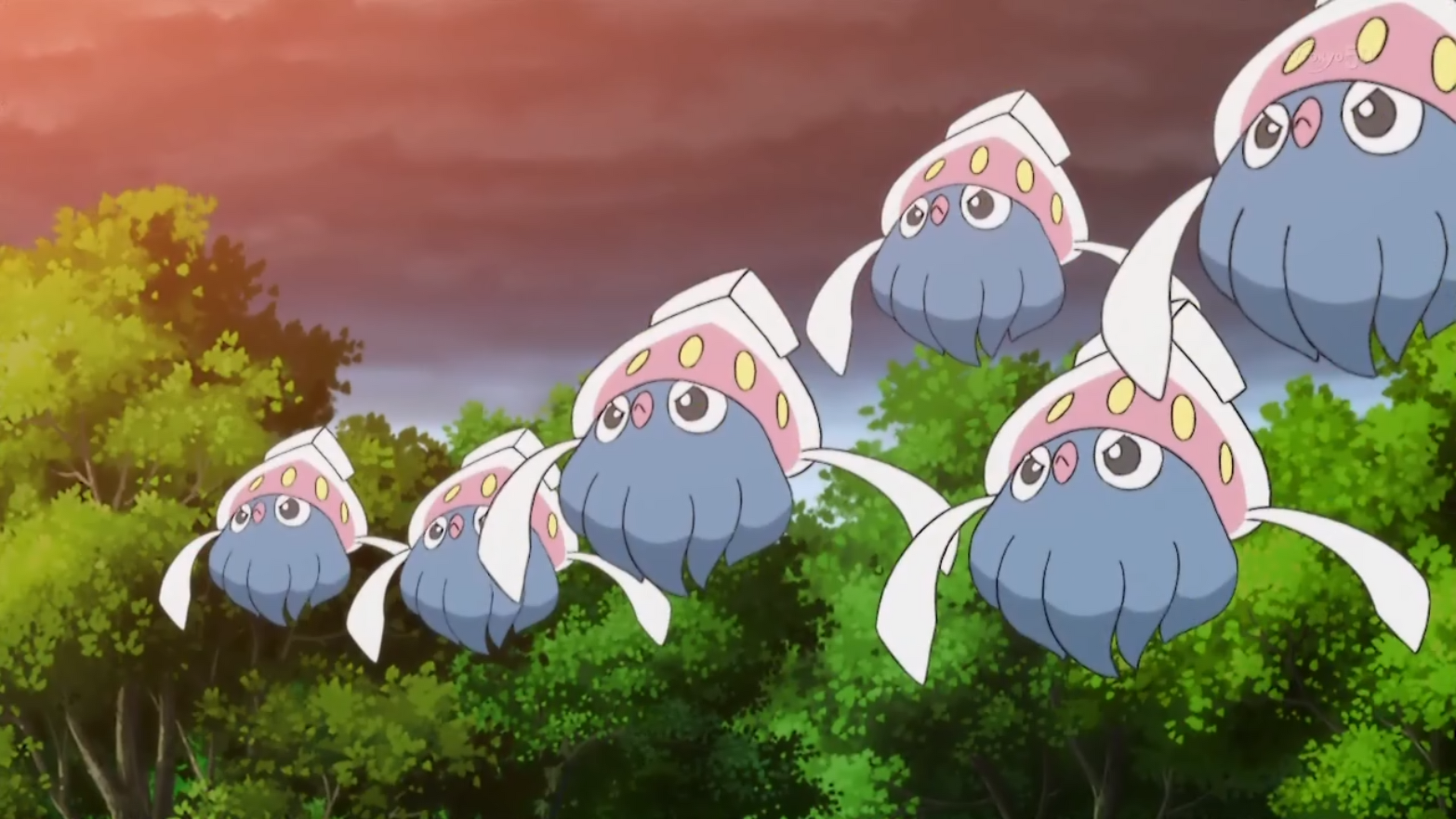 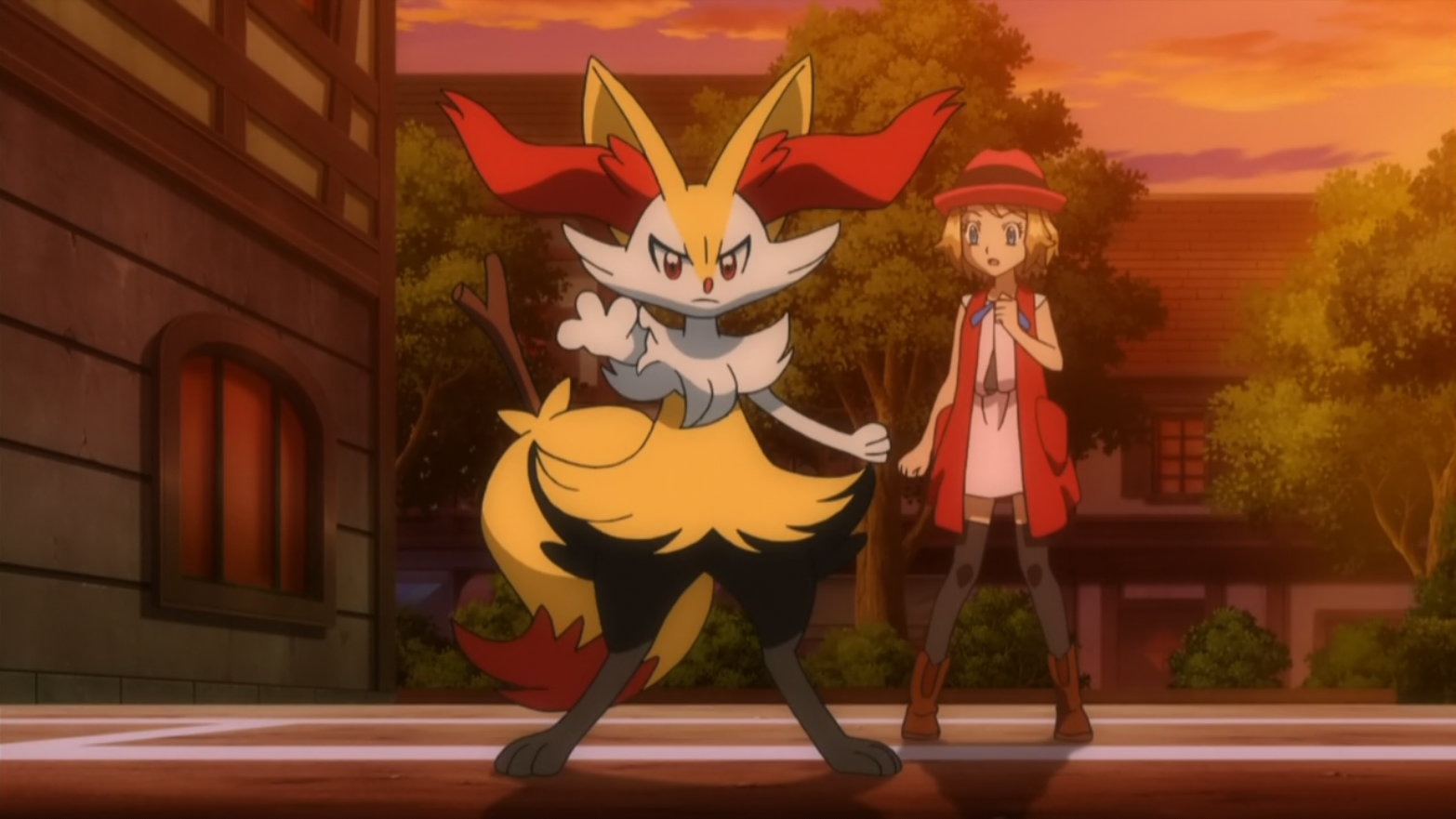 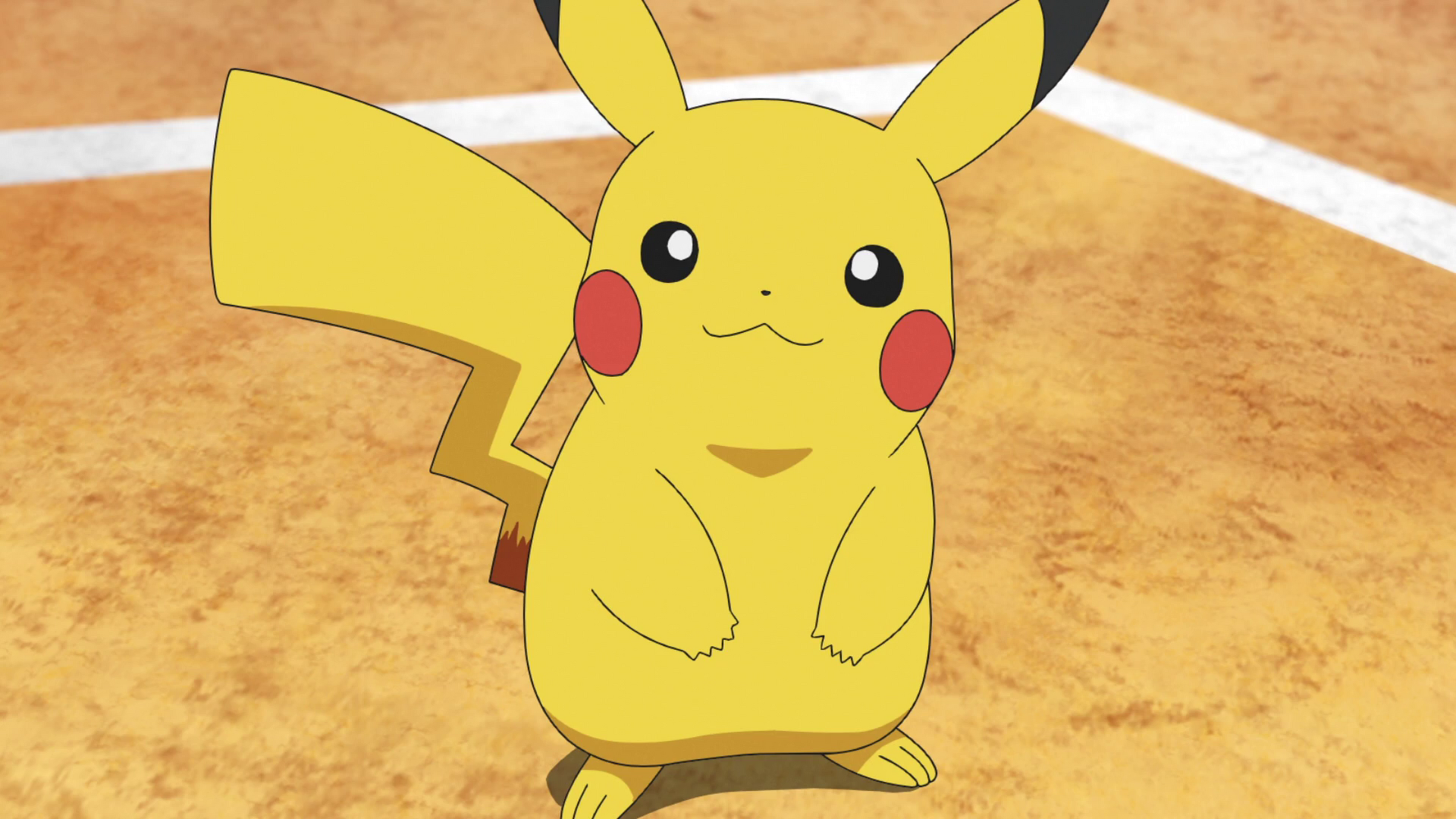 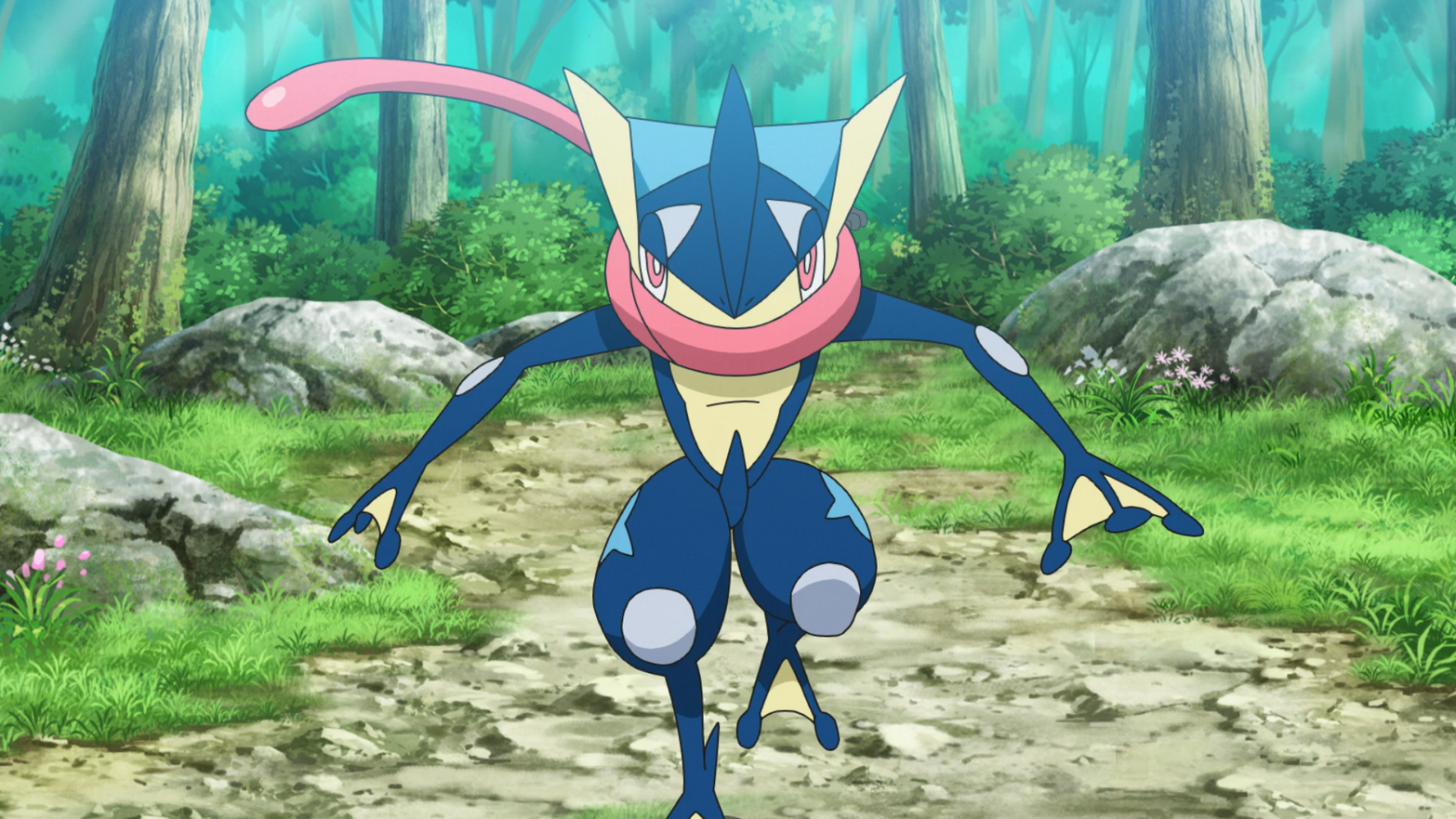 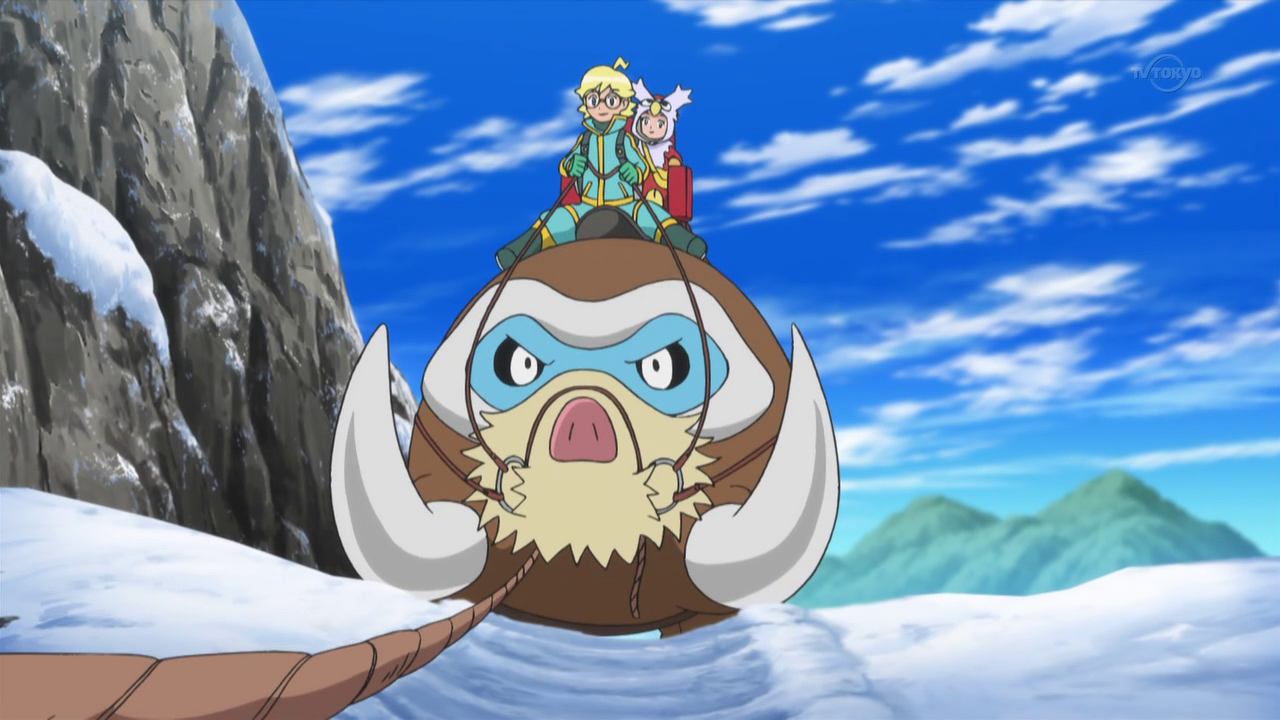 Clemont is saying good-bye to Viola

Clemont serves spaghetti for his friends

Clemont in his tank and shorts

Clemont, along with Bonnie and Serena, being hypnotized by an evil, rogue Malamar

Clemont, along with Serena and Bonnie, is freed from Malamar's control

Clemont in his childhood days

Clemont being tangled by an Arbok

Clemont with one of his Inventions

Clemont after catching a Pokémon

Clemont in M20
Add a photo to this gallery

Retrieved from "https://pokemon.fandom.com/wiki/Clemont_(anime)?oldid=1422334"
Community content is available under CC-BY-SA unless otherwise noted.