For the variant appearing in the games, see Clemont.

シトロン Shitoron
Clemont
Clemont is a character appearing in Pokémon Adventures, who is the Gym Leader of Lumiose City in the Kalos region.

Clemont is a short and skinny young boy with fair skin and messy medium-length bright yellow hair with a lightning-bolt shaped tuft on top. Outfit-wise, Clemont wears clothes that make him resemble a stereotypical geek or nerd. His outfit consists of large round glasses, black shoes with white soles, and a yellow-collared skin-tight blue jumpsuit with yellow stripes on the knees and bottom cuffs. Additionally, Clemont also sports a backpack-like cybernetic contraption (which he invented himself) on his back. The contraption has two robotic extensions that Clemont uses to absorb solar and lunar energy- naturally, one appears to resemble the sun, while the other resembles the moon. The white moon-like contraption (known as the "Aipom Arm") is also used to grip and hold objects like an extra hand.

Clemont is a bright child that loves to invent gadgets. He was Lysandre's fan until he learned the man was the leader of Team Flare. Clemont is also a friend of Grant and sometimes visits him.

The name Clemont comes from "lemon" as the acidic properties of lemons means they can be used to make simple batteries. It may also derive from "inclement," as in "inclement weather," which may refer to lightning storms.

His Japanese name, Citron, it literally "citron", French for lemon. It also contains "tron," a suffix commonly used in the names of machines.

Clemont visited Grant in Cyllage City and received a call from Bonnie a Pokémon from the Prism Tower had escaped. Grant thought Clemont was a terrible brother to leave her little sister in charge in the wake of his absence. Before Clemont could reply, Grant recognized the famous Rhyhorn racer, Grace, who was taken away.[1]

Before Clemont went away, Grant gave him an article about Grace. Clemont started reading the article and found Grace had a daughter, nicknamed Y. The group passed by Clemont, chasing after the Electrike, who stole Y's clothes. Clemont noticed Y and realized she is the daughter the article describes about. While Y was forced to look after the Electrike, who evolved into a Manectric on her head, to find its Mega Stone, Clemont appeared and used his Aipom Arm to search for the Mega Stone on a tree. The group was suspicious, but Clemont introduced himself as "the inventor lighting up the world". Clemont had the Aipom Arm search for the Mega Stone, which was taken by a Team Flare grunt's Tyrunt, for he did not wish them to obtain the relic.[2]

Clemont searched for the Mega Stone, and, through the Aipom Arm, found the Team Flare grunt, who took the Mega Stone. Clemont used the Aipom Arm to punch the grunt, causing him to fall down. However, the grunt had Tyrunt chew the tree, causing it to fall onto Clemont. While X and Trevor pursued the gr5unt, Clemont told Y he saw her mother being abducted by people in red clothes. Y panicked, then became depressed, after hearing these news.[3]

While Y wanted to find out more what happened to their mother, they were approached by Cassius. Cassius noticed the group was attacked by four Espurr and had Gourgeist use Confuse Ray, causing one of the Espurr to become confused, while Gourgeist held the other three. Clemont was quite interested in Espurr and lifted one's ears up. Despite Cassius' warning, Clemont succeeded in looking its eyes beneath the ears, but was blown away by the psychic energy.[4]

The grunt, who was defeated by X and Trevor, came to the base, where he was intimidated by the higher-ranking officials. Malva, however, saw this as an opportunity, for the grunt managed to find an unconscious Clemont to take him as a hostage.[5] Later on, Clemont woke up, being tied to a table. Xerosic visited Clemont, who wanted to send his Heliolisk, but his Poké Ball was taken away. Xerosic intimidated Clemont to create a machine, the Ultimate Weapon, else his Heliolisk would be in danger.[6] Eventually, Clemont managed to craft the Ultimate Weapon, but was knocked down, unconscious. The grunts, per Xerosic's orders, have thrown Clemont into the incinerator room. Clemont woke up and started wondering where he was.[7] Trevor, however, showed his friends Clemont's glasses, which showed the three stones at Geosenge Town, where Clemont was and where X went to.[8]

Clemont extended his Aipom Arm and managed to pull out Tierno, Shauna and Trevor, who were pursued by Bryony. Clemont was glad to see them here and Shauna put on his glasses, which revealed the location where Clemont was. Clemont explained Lysandre was the leader of Team Flare. While Clemont found that hard to believe, since Lysandre was a generous man, who funded projects for trainers and Pokémon, Clemont found out Lysandre did steal the electricity from Lumiose City to power the Ultimate Weapon. Upon arriving to the main chamber, Clemont lifted Trevor to the platform to stop Lysandre. Once Lysandre was blown away by Trevor's Flabébé's Solar Beam, Clemont lifted Shauna and Tierno to the platform as well.[9] Xerneas took the X, Clemont, Tierno, Shauna and Trevor out of Lysandre's chamber through the ceiling, out on the field. After Y managed to befriend Xerneas, everyone held Xerneas, including Clemont, as Xerneas flew off, retreating from the site of battle.[10]

Clemont and Bonnie joined Yvette, Alexa and Viola. Together, they destroyed Team Flare's defenses and went to destroy the stones at the Menhir Trail.[11] While Viola and the Sky Trainers went to attack, Clemont and Bonnie decided to crush the columns that absorbed the Pokémon's life energy. Delphox launched Mystical Fire, which Clemont dodged and pulled Bonnie from the attack. The Vivillion used Hold Hands and Safeguard to protect everyone from becoming burned; Clemont and Alexa. With Delphox distracted, Bonnie had Dedenne crush the columns with electricity and reported the success to Clemont.[12] In the end, Clemont came with Professor Sycamore to congratulate the group of Vaniville Town for defeating Team Flare. He also had Furfrou return to Shauna and gave Delphox to Trevor.[13] 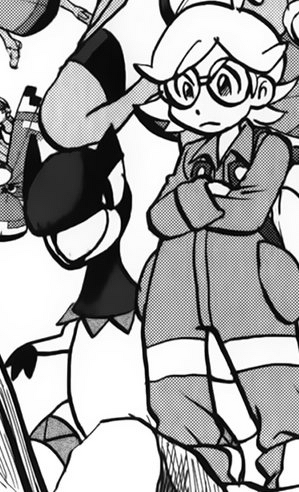 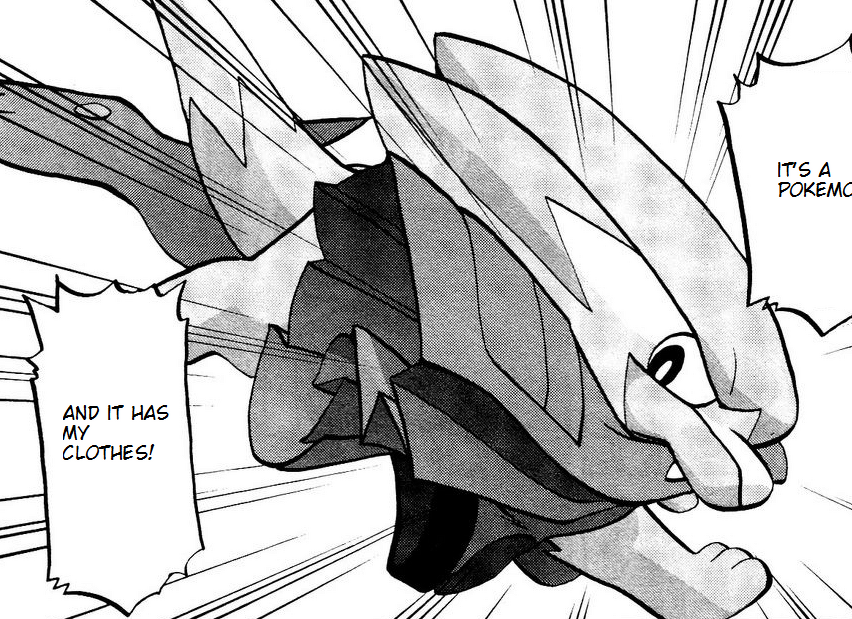 Retrieved from "https://pokemon.fandom.com/wiki/Clemont_(Adventures)?oldid=1424303"
Community content is available under CC-BY-SA unless otherwise noted.