Yūko Mita
Megan Hollingshead
Eva Christensen (TPCi; English)
Clair is a character appearing in the anime series, who is the Gym Leader of Blackthorn City in the Johto region. She is the cousin of Lance who became the Champion of the Johto region and one of the Elite Four in the Kanto region.

Clair has pale skin, blue eyes and periwinkle hair, tied in a ponytail with a yellow band, and two pigtails.

Clair wears a high-neck dark blue suit that extends to her thighs, with two shoulder pads, which have two yellow circles and a black cape on her back which its interior is red. Clair also wears a pair of dark blue gloves with black linings and some dark blue shoes.

For her initial appearance, she wears a salmon pink collared leather jacket with folded sleeves and a dark purple long sleeved turtleneck shirt underneath, light gray pants with a black belt on her waist and brown boots with black linings and laces. She also carries a yellow orange backpack.

Clair wears a black and red cape with yellow shoulder pads, a blue bodysuit, and blue gloves and blue heeled boots with black anklets. Clair also wears a blue gem on her neck, resembling a Dragonair's pearl, and some yellow earrings, shaped like a dragon's tooth.

Clair is protective of dragons and gives them attention and respect, even if it means neglecting some of her responsibilities. She wants to interact with dragons and try to tame them before battling them. Clair's battle tactics are usually offensive, though Clair also tries to use battlefield for a better strategy.

Clair, among the other Johto Gym Leaders, appeared in the opening scene of Pokémon: Johto League Champions.

Ash and co. encountered Clair, just as they found her Dratini and Gyarados. The Dratini was under her protection and she didn't want anyone to hurt it while it went through the process of shedding its skin. Team Rocket targeted Clair's Dratini and went to attack, but were blasted off by Clair's Gyarados who manage to disperse Arbok's Poison Sting with its Hydro Pump. Kaburagi, her assistant, reminded her about the Dragon Fang ritual she had to complete; Clair decided to postpone it, as Dratini needed her help. While they had a break, Ash wanted to challenge Clair to a Gym Battle until Misty mentions Lance about the incident in the Mahogany Town. Clair knew Lance and told them Lance was training so hard in the Blackthorn Gym before she became the Gym Leader and she couldn't wait to battle one of Lance's acquaintances. Therefore, James and Jessie, disguised as elderly couple, managed to capture Dratini and they escape via the balloon. Clair was determined to save it and was swinging from branch to branch to try and catch up with Team Rocket like a pro gymnast. When Dratini was about to be shocked due to Jessie's Wobbuffet countered Pikachu's Thunderbolt, Clair took the hit. This act moved Dratini so much it evolved into Dragonair. It demonstrated its ability to control the weather by hitting Team Rocket with its blue lightning. Finally, Dragonair managed to knock the group within James' Weezing from Gyarados' Hyper Beam and being blasted away with Dragonair's Twister. During the night, Clair began her purification ritual after Dragonair lets them lead to the Riverhead Falls.[1]

The next day, Clair faced Ash in battle and sent Kingdra against Ash's Pikachu. Despite Pikachu's electric attacks, Kingdra wasn't hurt severely, as Clair pointed out Kingdra was also a dragon. Kingdra retaliated with Twister and hit Pikachu, whose attacks did little damage. Ash swapped Pikachu with Noctowl, who also had trouble facing Kingdra. Just as Kingdra was to defeat Noctowl with Hydro Pump, the alarm rang, as Team Rocket stole the Dragon Fang. Sending her Dragonair, Clair and Kaburagi tracked Team Rocket, who was in the boat. Team Rocket went into the Dragon's Den, where the heroes, Clair and Kaburagi tracked Team Rocket to. Clair promised she wouldn't let Team Rocket defile the sacred place of the dragons and had Dragonair illuminate the cave with Flash. Once outside, the group faced the Holy Land's Dragonite, who started attacking them with Hyper Beam before flying away. Just then, the group saw something incoming.[2]

The group saw Liza from Charicific Valley, who was Clair's childhood friend. Liza came with her Charla and Ash's Charizard, the latter temporarily joining Ash. The group asked Liza to help them out which she agreed. When Dragonite was suffering from an Outrage, due to James attempt on stealing the Prayer Flame at the Dragon Shrine, it caused a forest fire within the Dragon Holy Land. Clair sent her Dragonair to put out the fire with Rain Dance. She also tried to convince Dragonite to recognize her but failed. She also explained Dragonite was suffering from Outrage and was confused. Clair teamed up with Ash to snap Dragonite out of its confusion, but after attacking them one after another, she told Ash to use Pikachu in order to snap her out. She let Dragonair to summon thunder clouds and successfully hit Dragonite with its Thunder and pinned it down from Pikachu's own Thunder. Upon attacking with its Hyper Beam, Charizard hit it with a Fire Spin to knock Dragonite on the lake. Clair also noticed Dragonite was back to normal after her rampage. Clair thanked the group and noted Ash could challenge her the next day in the Gym Battle.[3]

The following day, Ash came to Blackthorn City's Gym, where he faced Clair. Clair sent Kingdra and was surprised that Ash sent a Snorlax. Kingdra evaded Snorlax's attacks with Agility and retaliated with Hyper Beam and Hydro Pump, then went into the central pool. Snorlax followed it, but got hit once more by Kingdra's attacks. Since Kingdra was exhausted, Snorlax evaded its Hyper Beam and defeated it with Ice Punch. Gyarados was sent out and evaded Snorlax's Hyper Beam. With Dragon Breath, Snorlax was paralyzed and with its own Hyper Beam, Gyarados defeated it. Ash sent out Pikachu, who used speed to evade Gyarados' attacks. After negating Pikachu's Thunderbolt with Dragon Breath, Gyarados hit Pikachu with Hydro Pump. As Gyarados repeated its attack, Pikachu used Quick Attack on the water and came closer to Gyarados, defeating it with Thunderbolt. For her last Pokémon, Clair sent Dragonair. Dragonair dodged Pikachu's Quick Attack and Thunderbolt, then defeated him with Hyper Beam. Ash sent his Charizard, who launched Flamethrower on Dragonair, who hid in the pool. From there, Dragonair launched the attacks on Charizard, whose attacks failed, due to the pool. Just as Dragonair, whose Hyper Beam got countered by Fire Spin, fled in the pool, Charizard used Fire Spin, which doused the fire and revealed Dragonair. Charizard managed to block Dragonair's Iron Tail and tried using Seismic Toss, but Dragonair's Dragon Rage canceled the attack. After exchanging more blows, Charizard used Seismic Toss and empowered with Fire Spin, it defeated Dragonair. Clair was impressed and gave Ash the Rising Badge.[4]

After Ash won the Rising Badge, Clair visited the heroes and gave them cookies before they left. Since Ash had to register for the Johto League, Clair told them they had to go to the place where Ash started the Johto journey, the New Bark Town. Just as Clair and Kaburagi were to bid the heroes farewell, Ash got approached by Jessie and James in disguise, who took photos of him. Soon, Ash found out his badges were replaced by bottle caps, so everyone went to find Team Rocket. While searching for the badges, Clair told Ash he could ask for new badges to be given to him. Ash refused and told the memory of the battles he had were tied to each and every badge. Clair saw his point and sent Dragonair to find Team Rocket. Once Ash found Team Rocket, he had Bayleef launch him on the balloon. However, the balloon flew up and Ash was falling down, so Clair and Dragonair saved him. Once Pikachu blasted Team Rocket away, Ash, Clair and their Pokémon saved the badges, except the Rising Badge, which was later recovered by Ash's Noctowl and Bayleef. In the end, Clair gave the heroes directions to New Bark Town before Brock tried to flirt with her and got pulled away by Misty. The heroes went away, with Clair bidding them farewell.[5]

Clair and Dragonair were briefly mentioned by Lyra during her review of Johto region at the Johto Festival.[6]

Clair returned on a trip to the Decolore Islands and met up with Ash, who introduced Cilan and Iris to her. Iris recalled the Blackthorn City's Gym specializing in Dragon-type Pokémon and advised Clair to meet with a fellow dragon trainer, Drayden, which Clair thought about. She was searching for a shiny Druddigon, but admitted her Dragonite got lost somewhere. The heroes and Clair were searching and found Clair's Dragonite battling Iris' Dragonite, as the latter crushed Clair's Dragonite's favorite flower. Cilan thought both Dragonite should bond with each other, thinking their fighting was actually a way to show love, but Iris and Clair doubted that. Clair and the heroes searched around the island and found a cave, barricaded by the door. Both Iris and Clair sent their Dragonite, which removed the door, but a signal affected both of them. Clair and Iris called their Dragonite back and went into the cave. Iris knew Druddigon mark their territory and flap their wings. Clair thought Iris' love for dragons was her destiny, but Iris admitted she was scared of dragons a long time ago, until she rescued a Druddigon. Inside the cave, they found a strange machine, which Clair disabled. Outside, Team Rocket battled Druddigon, so everyone went outside. Clair warned Team Rocket if they continued battling Druddigon, they'd make it angrier. Team Rocket ignored her and fired a net, but were blasted off by Druddigon's Dragon Rage. Iris wanted to battle Druddigon, but Clair took another approach and tried calming down Druddigon. Druddigon hurt her, but Clair continued on, pointing out they were not its enemies, nor Team Rocket was here to hurt it. Druddigon calmed down, which made Clair happy it was no longer hostile. While she didn't think she needed Druddigon anymore, Druddigon wanted to come to her, so she captured it. Before the heroes left, Clair sent her shiny Druddigon and showed it to Alexa, who took a photo of it. Clair bid the heroes farewell and promised to battle Iris if she came to her Gym.[7]

Clair saw how Iris saved a Gible. She approached Iris, who knew where Gible lived. Clair wondered how she knew where Gible lived and was told Iris can sense what Dragon-type Pokémon are feeling. Clair also admitted she met up with Drayden and the Village Elder, while going to the Holy Land. There, Iris placed Gible on the ground, who was glad it arrived back to its home. Later on, Clair and Iris faced each other in the Gym, where Clair sent her shiny Druddigon against Iris' Dragonite. During the battle, Druddigon countered Iris' Dragonite's attacks and wounded it. Clair pointed out Iris needed to listen to her Pokémon, who sensed Dragonite was frustrated it could not attack. Clair had Druddigon use Dragon Tail, but Dragonite evaded the attack and hit it with Thunder Punch, followed with Dragon Rush. Dragonite even managed to freeze Druddigon with Ice Beam. However, Druddigon broke free and defeated Dragonite with Dragon Rage. Iris thanked Clair for this great battle, who thought Iris, despite her loss, moved a step forward to become a Dragon Master. At the end of the day, Clair and Kaburagi bid farewell to Iris, who continued her journey.[8] 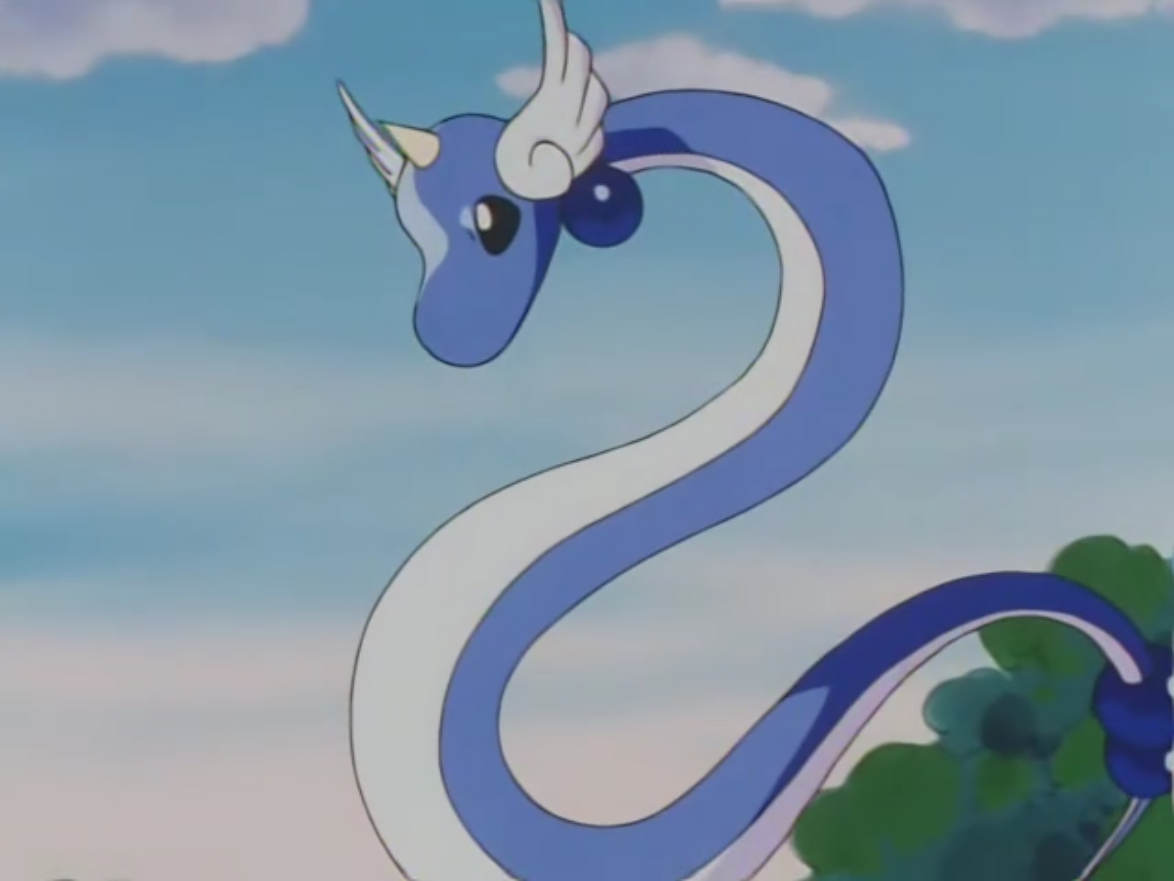 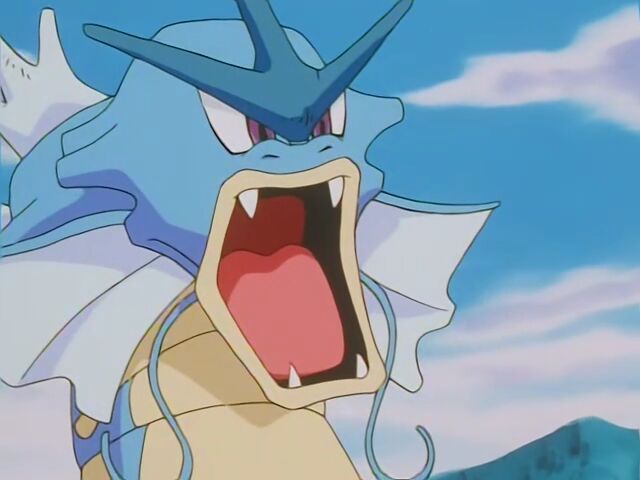 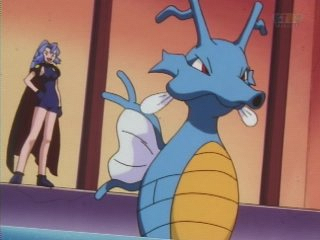 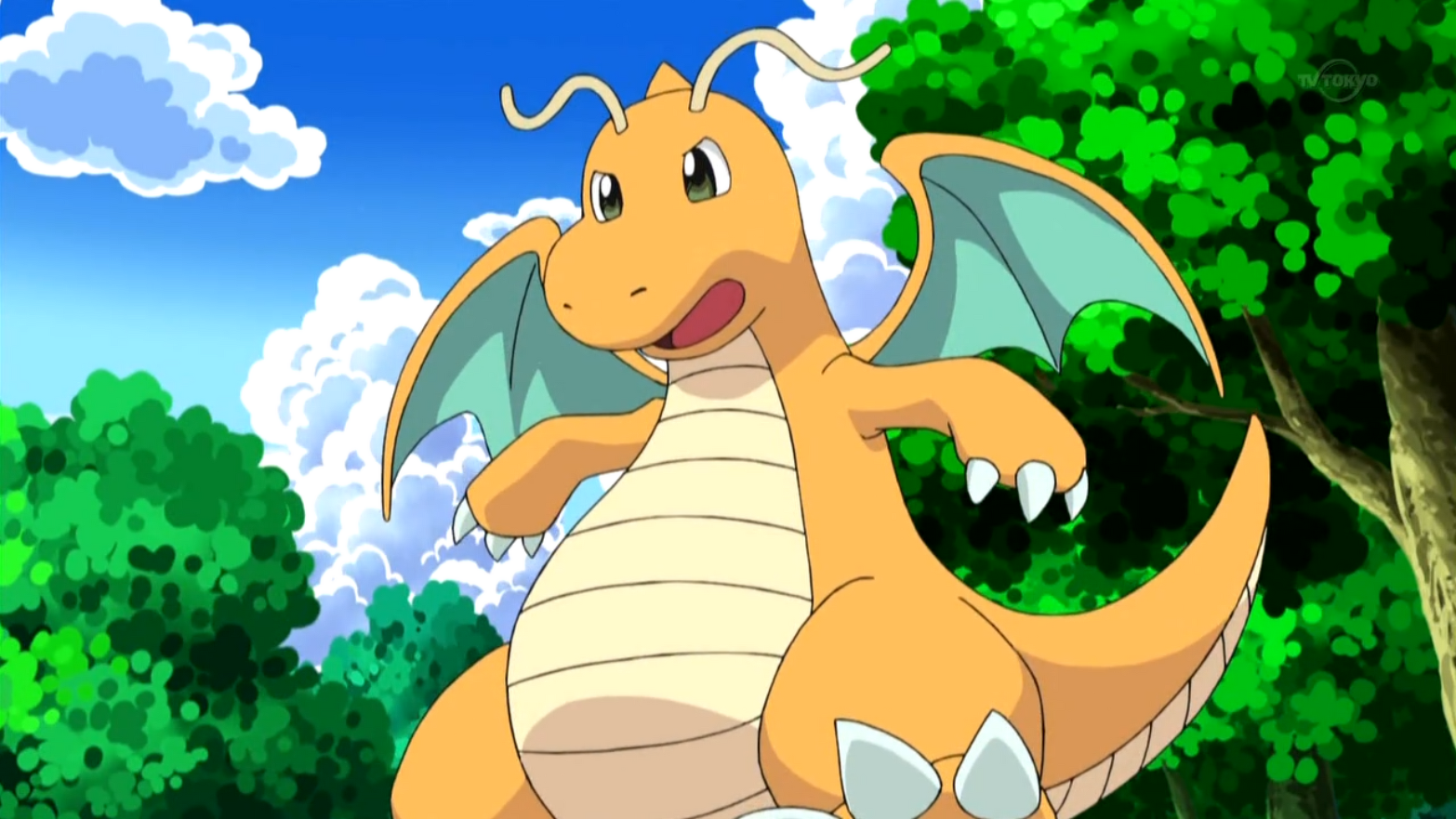 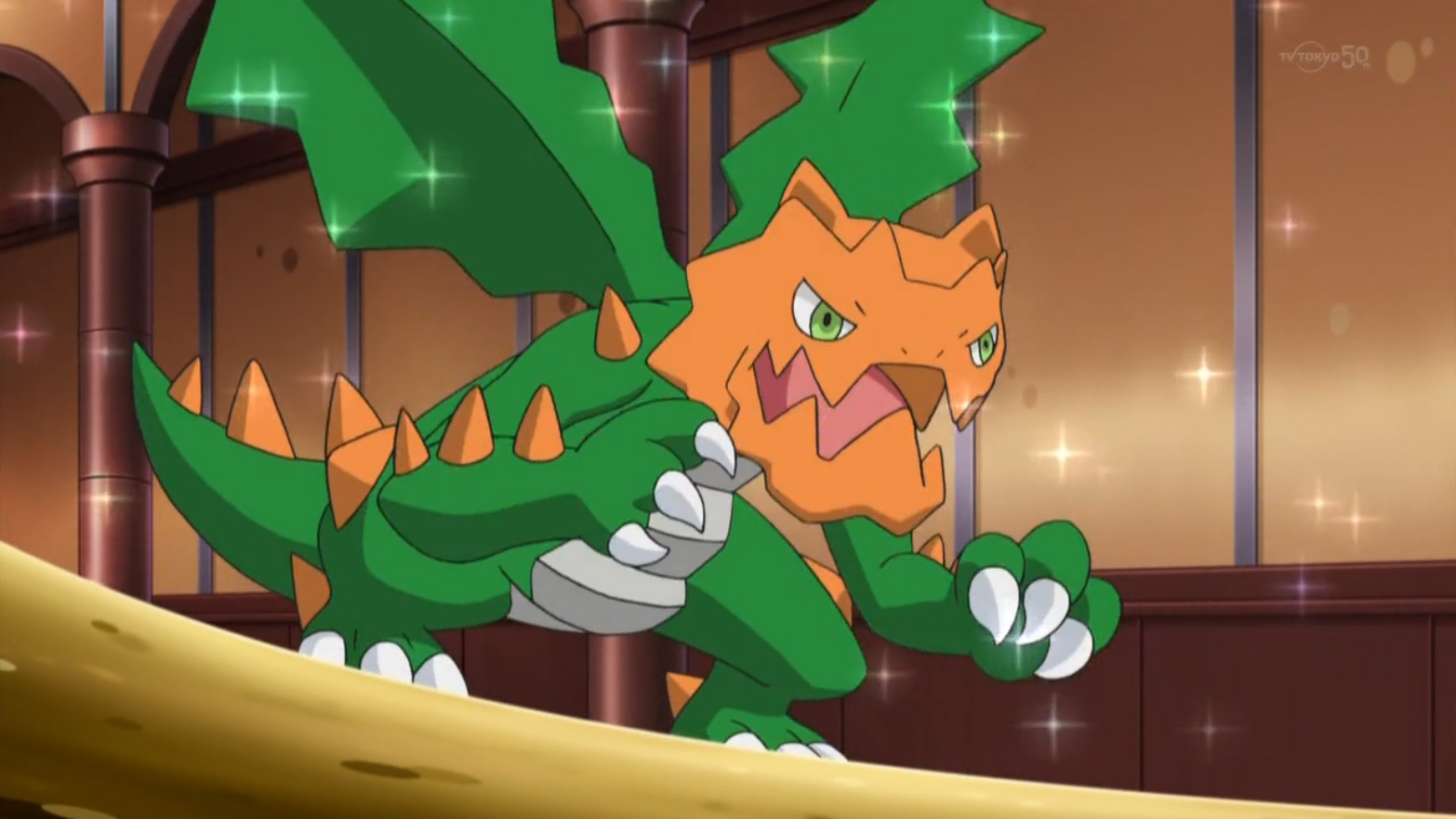 Clair as described by Team Rocket

Retrieved from "https://pokemon.fandom.com/wiki/Clair_(anime)?oldid=1363789"
Community content is available under CC-BY-SA unless otherwise noted.