Clair is a character appearing in Pokémon Adventures, who is the Gym Leader of Blackthorn City in the Johto region.

Clair has pale skin, blue eyes and periwinkle hair, tied in a ponytail with a yellow band, and two pigtails.

Clair wears a high-neck dark blue suit that extends to her thighs, with two shoulder pads, which have two yellow circles and a black cape on her back which its interior is red. Clair also wears a pair of dark blue gloves with black linings and some dark blue shoes.

Clair wears a black and red cape with yellow shoulder pads, a blue bodysuit, and blue gloves and blue heeled boots with black anklets. Clair also wears a blue gem on her neck, resembling a Dragonair's pearl, and some yellow earrings, shaped like a dragon's tooth.

Clair is a powerful Gym Leader, who has a high opinion of herself. She also cares for her cousin Lance, whom she refers to as brother.

Clair trained with her cousin, Lance, while they were children. However, Lance was much stronger and he usually defeated Clair in Pokémon battles.[1] Despite this, Lance and Clair were very close, to the point that the latter referred to the former as her brother.[2] Since Lance's father refused to become the Gym Leader of Blackthorn City and Lance left the city, Clair became the Gym Leader.[3]

Clair was in training and battled an opponent. Her Kingdra was affected by the opponent's Seadra's Smokescreen and Twister. Clair called Kingdra back and sent Dragonair, who used Safeguard, followed by Dragon Breath. This defeated Seadra and while Clair was victorious, she felt disappointed, since she didn't have any challenging battles. The challenger reminded Lance was the one that managed to defeat her. Clair was insulted and walked away, but she did thought of Lance, who disappeared. She yelled out to get the attention of dragons, who, much to her surprise, didn't attack her. She noticed Suicune and went to battle it. Suicune went to attack, but was blocked by Dragonair's tail. Dragonair's crystal shattered, so Suicune went to freeze Dragonair, but was hit and paralyzed by Dragonair's Dragon Breath. Clair went to catch Suicune, but was shocked the Poké Ball bounced away. She realized that was Suicune's illusion, as it created a wall of ice. The actual Suicune blew Clair away with Bubble Beam and fled, ignoring Clair's demands to continue the battle. Her grandfather, the Dragon Clan elder, arrived and explained Suicune challenged Clair to a battle. Clair thought Suicune went to find a new trainer and she was not worthy of becoming its trainer.[1] The tale was told by the Pokémon Association director, who believed Suicune would come to Mahogany Town and challenge its Gym Leader, Pryce.[4]

Clair came to the Indigo Plateau, where she and Dragonair participated in the Gym Leaders' tournament. There, she pulled out an apricot and was chosen to battle against Blaine.[5] Clair took her seat and watched Brock battle Jasmine.[6] She watched the battle between Lt. Surge and Morty.[7] Since Blaine was absent, Clair's battle was postponed and Clair watched Pryce battling Erika.[8]

Due to Team Rocket having infiltrated into the Indigo Plateau, Chuck battled the grunts. She and the Gym Leaders went into the train, which locked them all in and rode away.[9] Despite the fighting, Clair took a moment to attack Blaine, who had involvement in her cousin's disappearance. Blaine accepted her challenge, so they moved into the other room. Clair had her Dragonair use Thunder Wave on Blaine, demanding to tell what happened to Lance, her cousin. While her Dragonair used Outrage, Blaine reflected the attack; a Pokémon appeared behind him and burned Clair and Dragonair. Before leaving, Blaine told Clair Lance was a strong person and was out there.[3] After the battle, Clair continued battling the Team Rocket forces.[10][11]

In the end, Clair returned to her Gym, where she was challenged by other trainers, who wanted to obtain her badge to enter the Pokémon League.[12]

At one point, Lance called Clair to warn her about something. However, the connection was interrupted, and Clair could only hear something about Arceus, Plates and the Safari Zone. Clair attempted to call Lance again, but failed, which made her suspect that something happened to him. It was why she went to the cave at Whirl Islands to find him.[2]

Clair and Dragonair ambushed Silver and Weavile at the cave on Whirl Islands. The two sides demanded to know what one another was doing. Clair explained that Lance had gone missing, and went to the cave to find out more. Silver introduced himself, and as he went to say why he came, they were interrupted by a bunch of Koffing. Silver quickly had his Pokémon defeat the Koffing, which surprised Clair how fast that was, and noted that his Feraligatr knew the strongest Water-type move, Hydro Cannon. Silver showed a Pokédex, which made Clair realize he was the Pokédex Holder. As a Koffing tried to escape, Silver's Sneasel hit it with a Thief move, and obtained a Plate. This reminded Silver that he did steal Clair's badge when she wasn't looking, and returned her the Legend Badge. Clair explained that Lance told her about Plates, Safari Zone and Arceus, before the call ended. Silver suspected it was the Safari Zone near Cianwood City and asked Clair more about it, but Clair angirly responded that she didn't knew. However, she did see that Silver's Murkrow and Sneasel evolved into Honchkrow and Weavile. As Silver suspected something wrong, he left Clair and flew off with his Honchkrow.[2]

Silver followed Clair's clues about Lance to the Safari Zone near Cianwood City.[13] 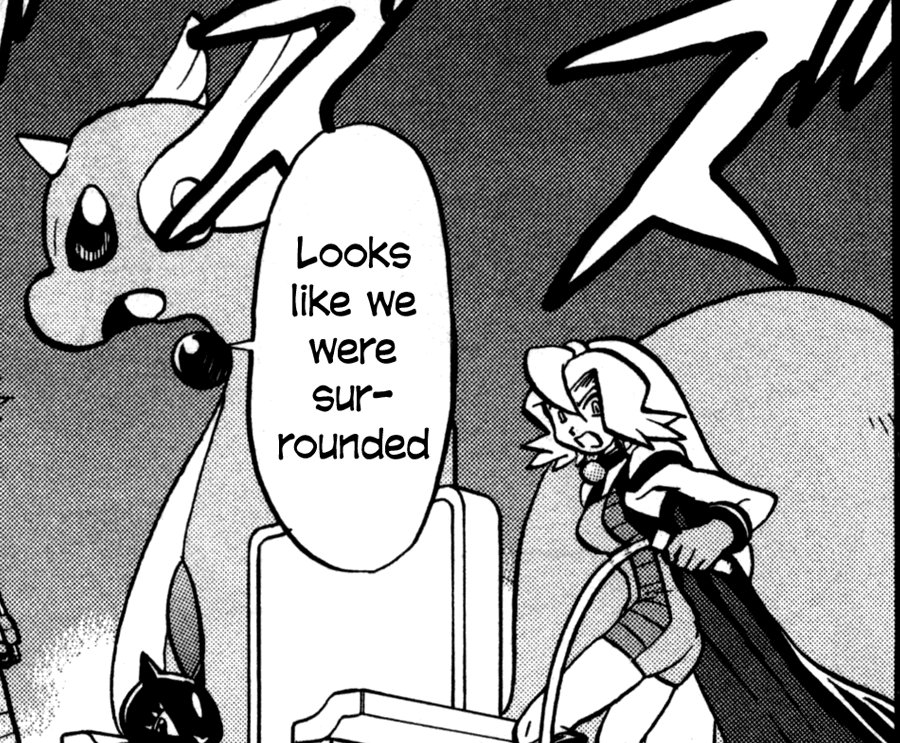 Clair's appearance from Crystal arc.
Add a photo to this gallery

Retrieved from "https://pokemon.fandom.com/wiki/Clair_(Adventures)?oldid=1147031"
Community content is available under CC-BY-SA unless otherwise noted.