For the variant appearing in the games, see Chuck.

Scrappy Skarmory
Chuck is a character appearing in Pokémon Adventures, who is the Gym Leader of Cianwood City in the Johto region.

Chuck is a large, muscular man. He has fair skin, brown eyes, and short brown hair, along with a large, spiky moustache. Chuck is shirtless and doesn't wear any shoes, typically for a Fighting-type Gym Leader.

Blue was sent to Cianwood City to train with Chuck as his student. Blue stated he didn't want to be simply acknowledged as Professor Oak's grandson and wished to be known by something else. Chuck noted that and viewed Blue as an equal, even if he was rash. Thus, Blue started a harsh training with Chuck, by using weapons, since trainers needed to be strong as well, compared to their Pokémon.[1] Chuck had Blue go through a lot of hard training, by battling an unknown foe.[2] Blue wanted to use a Pokémon to battle against the foe. Chuck forbid that, since Blue had to strengthen himself first. He stated if the trainer was strong enough, they could merge their hearts with Pokémon during any battle. Thus, Chuck gave Blue another sword to continue battling.[3] Before he left, Blue promised to battle Chuck and show how much he learned after passing Chuck's trials.[4]

After Chuck's training, Blue decided to appreciate his grandfather and be proud to be his grandson.[5]

Suicune thought of some of the Gym Leaders, including Chuck, whom it could face.[6]

Chuck was training and awaited Walker's arrival, since he would be battling him. He took a short break to return to the Gym, where he asked of his wife to make lunch. He was thrilled he would spar against his old friend, wanting to know how much did he grow stronger, even if Walker was usually late. Suddenly, he heard a noise at the beach and saw a jacket being slashed. Thinking Walker was attacked, Chuck called out whoever the attacker was, since Walker was a very powerful trainer. A glow from the sea appeared, so Chuck had Primeape and Poliwrath use Dynamic Punch, causing Suicune and to emerge. Walker arrived, praising Chuck for such a move. The two teamed up capture Suicune, but Chuck was blown away with his Poliwrath by Suicune's Gust attack. Walker mentioned to Chuck that Suicune is able to use water and flying-type moves and that they should be more careful. Chuck ordered his Poliwrath to take down Suicune and later used Detect to detect Walker's Skarmory's Swift. Walker then tried to catch Suicune but failed as the Poké Ball bounced off. Suicune escaped and Chuck mentioned that they have lost the battle. Despite this, Walker noted how Chuck showed his warrior skills, but his disciples are running away from him. Chuck and Walker noted their disciples are actually growing up and even became Gym Leaders. They both concluded Suicune was searching for a trainer and believed it would face their disciples.[7] The tale was told by the Pokémon Association director, who believed Suicune would come to Mahogany Town and challenge its Gym Leader, Pryce.[8]

Chuck came to the Indigo Plateau, where he and Primeape participated in the Gym Leaders' tournament.[9] Chucktook his seat and watched Brock battle Jasmine.[10] Eventually, Blue came to the stadium, where he faced Chuck, who sent Machamp against Rhydon, who started off with Horn Attack. However, Machoke stopped it with Vital Throw. Chuck swapped Machoke with Hitmonlee, who used Mind Reader to predict Rhydon's attack and counter it. Blue noted Chuck was still strong, but his battle strategy had not changed.[1] Blue continued the battle and even had Rhydon use Earthquake to stop Chuck's Hitmontop (which was swapped with Hitmonlee) to stop spinning. Himtonlee went to retaliate, but Rhydon's drill spinned in the other direction and executed Horn Drill, which defeated Hitmonlee. Chuck, despite defeated, was glad to have battled Blue, who reminded the next time they would meet Blue would show what he learned thus far. Chuck wondered why Blue sent Rhydon, so Blue showed a book, written by the previous Gym Leader of Viridian City.[4]

Due to Team Rocket having infiltrated into the Indigo Plateau, Chuck battled the grunts. He and the Gym Leaders went into the train, which locked them all in and rode away.[11] While battling against the grunts, Chuck was shocked to hear from Clair that someone was controlling the grunts,[12] as well as the train they were in would crash into a wall.[13] After the train was stopped by Red's Snorlax, Chuck let Blue go with Red, while he stayed to battle the Team Rocket grunts.[14]

In the end, Chuck returned to his Gym, where he was challenged by other trainers, who wanted to obtain his badge to enter the Pokémon League.[15]

Per Morty's request, Chuck, Falkner and Bugsy gathered to Ecruteak City's Gym. There, the trio called Morty that they were protecting the Gym from any suspicious people.[16] The trio encountered Silver, who wanted to enter the Gym. They suspected him to be a thug, and sent their Pokémon to attack. Silver's Weavile attacked Noctowl and Kakuna, while Chuck had Hitmonlee attack Silver. Silver sent Rhyperior, who clashed with Hitmonlee, but the two stopped. Falkner realized that Hitmontop knew Rhyperior already. Silver described that Blue gave him Rhydon, who had the Protector and evolved into Rhyperior. Bugsy noted that Rhyperior and Hitmontop fought at the Gym Leaders tournament. Chuck noted that Blue approved of Silver, and let him inside the Gym.[17] Chuck and Hitmontop were at the Gym when Arceus arrived. Arceus emitted a giant blast that blew Chuck and Hitmontop away, knocking him unconscious.[18] Before Silver left Morty, he returned the Gym Badges he stole from Gym Leaders, including Falkner's Storm Badge.[19] 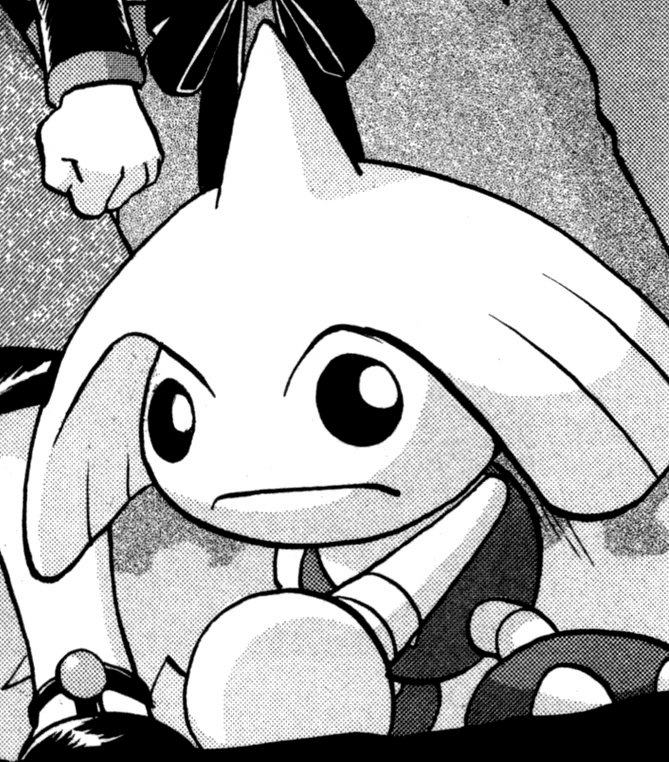 Chuck's appearance from Crystal arc.
Add a photo to this gallery

Retrieved from "https://pokemon.fandom.com/wiki/Chuck_(Adventures)?oldid=1318992"
Community content is available under CC-BY-SA unless otherwise noted.