Christopher in other languages

Christopher is Jessie and James' #1 fan from the training academy. According to him, Jessie and James taught him that life's not about Team Rocket. He lives in the Sinnoh region. He owns a successful noodle franchise that has branches all over the world.

Christopher was an underclassman at the Team Rocket Academy during the time Jessie and James were attending. He struggled with training and was invited for ramen by Jessie and James to cheer him up. Inspired by the kind gesture, Christopher decided to go back to Sinnoh and open up a ramen shop, which he called "Jessie and James's Noodle Shop" in honor of his friends. With the success of the first one, he was able to make a chain of shops. With eleven of them so far in Sinnoh, his had become the most popular ramen shops.

Christopher made his debut appearance in Noodles! Roamin' Off!, when Team Rocket stumbled into one of his noodle outlets. The trio were called into the kitchen, initially thinking they were in trouble for not being able to pay for their food order. However they were pleasantly surprised to encounter Christopher, who immediately recognized them from his days at the Team Rocket Academy and offered them all they could eat for free.

Christopher made a brief cameo appearance in Dressed for Jess Success!, where he watched Meowth and James, who was disguised as Jessie's alter-ego Jessilina, participating in the Performance Stage of the Lilypad Town Pokémon Contest. He was in tears as he watched Meowth prepare ramen noodles for the judges.

Christopher is positive and hard-working. He was pleasantly surprised to encounter Jessie and James again, and was prepared to spoil them with food free of charge for their act of kindness back at the Team Rocket Academy. Christopher wishes to see others achieve their full potential, hence why he gave Meowth a position as a noodle maker in his restaurant. 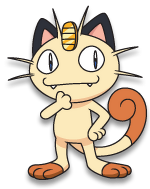