Chopper is a character appearing in Pokémon: Indigo League.

He challenged Ash to a Pokémon battle with his Golem and even though he won against Bulbasaur, he forfeit when his Golem turned into a giant rolling fireball courtesy of Ash's Charmander. He admired James of Team Rocket who he referred to as "Little Jim". Later during a storm, he was so touched that Ash and his friends would help a sick Shellder that he, Tyra and the entire gang changed their ways and even gave Ash the nickname "Awesome Ash". 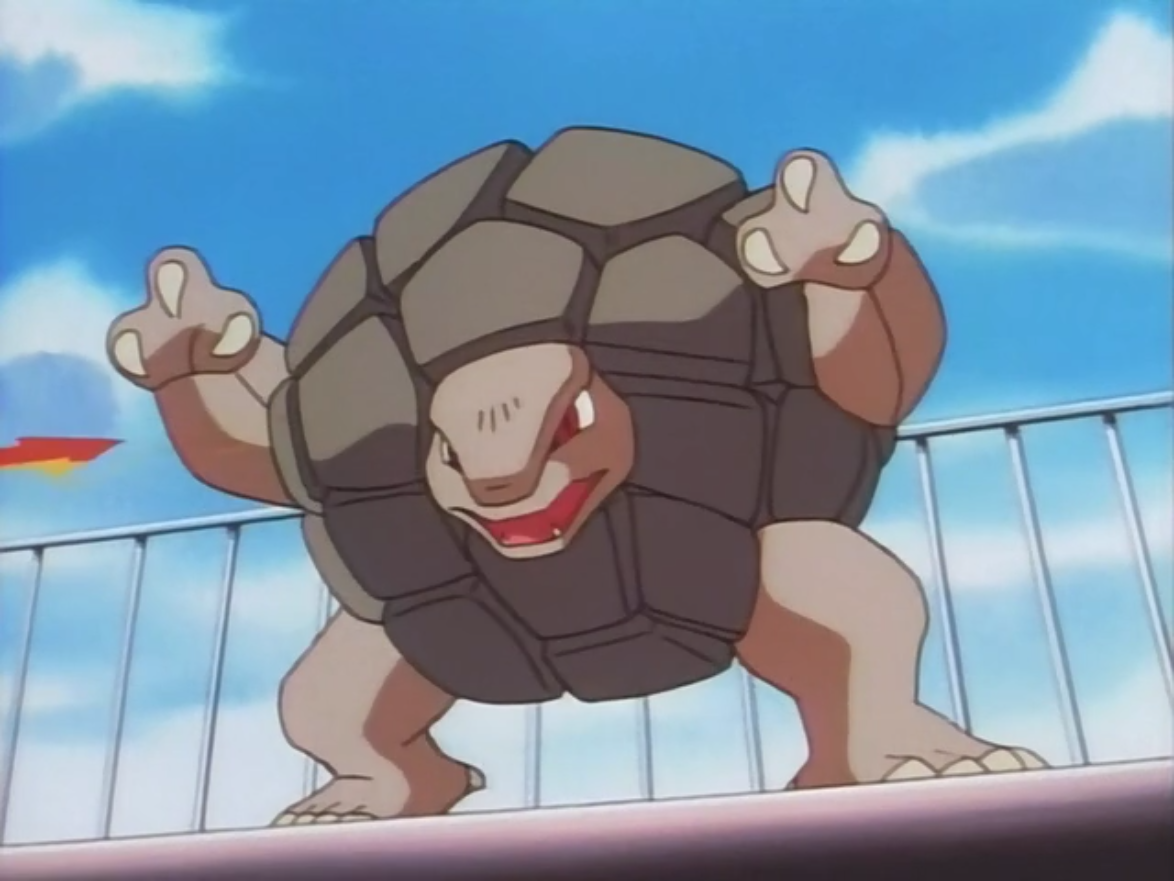 Retrieved from "https://pokemon.fandom.com/wiki/Chopper?oldid=1269150"
Community content is available under CC-BY-SA unless otherwise noted.