Chigusa is a character appearing in Pokémon the Series: Gold and Silver.

Chigusa is a young trainer of a Dojo. The shihan of the dojo she was in, Kenzo, thought her battle style was weak. A trainer named Shiro came to challenge Kenzo to become a shihan himself. Kenzo went to battle, but he had a cramp in his back, so Chigusa battled in his place. Chigusa's Hitmontop's attacks were predicted and countered by Hitmonlee and she would've lost, but Team Rocket came and interrupted the match. Kenzo had Ash train her to show how she should battle. The next day, Hitmontop managed to defeat Hitmonchan, winning Chigusa the battle. 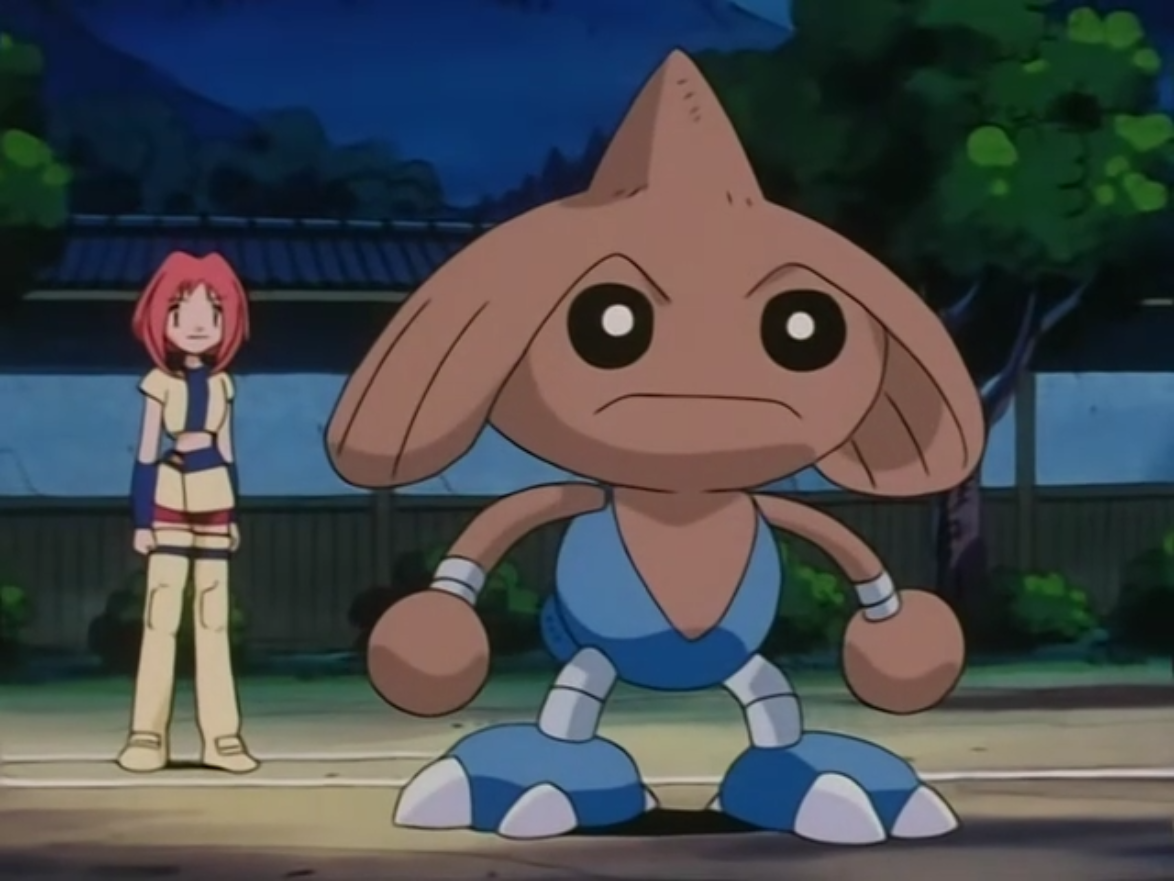 Retrieved from "https://pokemon.fandom.com/wiki/Chigusa?oldid=1373045"
Community content is available under CC-BY-SA unless otherwise noted.