Cher in other languages

Cher is a minor character appearing in Pokémon: BW Adventures in Unova and Beyond.

Cher, along with Moira and Mona, is considered one of the most beautiful ladies of Unova region, along with their Pokémon. Despite their usual performances on theatres, Cher, Mona and Moira consider anyone else unworthy of their Pokémon's beautiful presence. Iris, who experienced their snobbish attitude, dressed herself, Ash and Cilan as three ladies to visit their workplace. Cher, Mona and Moira have presented their Pokémon through a test - either to walk gracefully or fall in the mud. Iris still couldn't take their attitude and challenged the ladies to battles. Cher battled with her Roserade against Iris, who used her Emolga. Cher had Roserade make a big impact on Emolga, nearly throwing her into the mud, but Emolga defeated her Roserade, sending her and the Trainer into the mud. 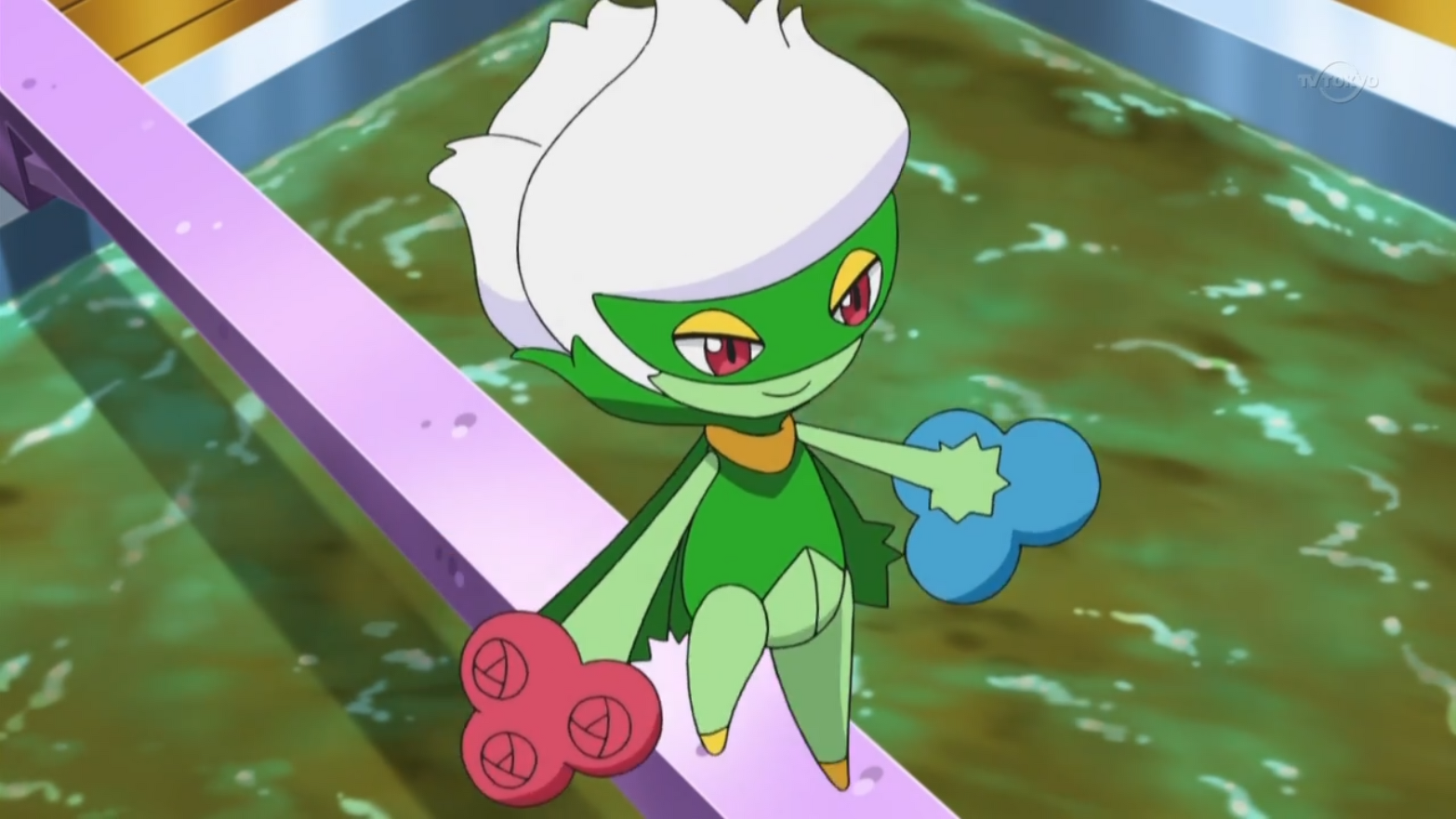 Cher in a show with Moira and Mona.
Community content is available under CC-BY-SA unless otherwise noted.
Advertisement