Charon was one of Team Galactic's commanders and leader during the Stark Mountain Exploration.

Charon is a short man, who has patches of pointy lavender-colored hair. He wears a grey shirt and black trousers like most Team Galactic members do, with a logo on his chest, as well as grey shoes with black soles. He also wears a lab coat, and red-tinted round glasses.

His name comes from the largest moon of the dwarf planet Pluto. His name might also come from the figure in Greek mythology, the ferryman of Hades.

In Japanese, Charon is named Pluto, after the dwarf planet and former ninth planet (which in turn was named after the Roman god of death and the underworld).

He appears in Pokémon Platinum at various points in the game. He befriended and discovered Rotom. By the end of the game, Charon is arrested by Looker. The player doesn't battle him at all in the game but only sees him once in the building in the underground lab. He is at the entrance at Valley Windworks. Later in the game, He is in Team Galactic's HQ with Saturn. At the very end of the game, he is the boss and he is at Stark Mountain. 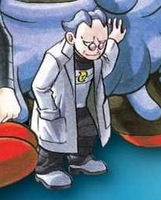 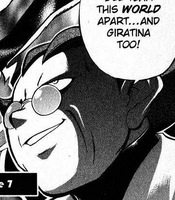