For the variant appearing in the games, see Celosia.

X-actly What They Wanted
Celosia is a character appearing in Pokémon Adventures, who is scientist for Team Flare.

Celosia has purple hair and purple lipstick on. Celosia wears some purple-tinted advanced glasses, a purple tie, an orange suit (with two shoulder pauldrons on) with a belt with the Team Flare logo on, some black tights and orange boots.

Celosia is a much more cunning member of Team Flare, using her Aegislash's powers to manipulate other people into mind control, allowing a much more subtle approach to achieve goals. Celosia exploits other people's weaknesses and is known to trick them.

Along with the other members of Team Flare, Celosia watched the battle between Xerneas and Yveltal in Vaniville Town.[1]

Later on, Celosia managed to find Shauna, who was being angry at her friends for trusting Viola, whom they only saw in Vaniville Town. Celosia managed to dress herself as a Furfrou stylist and even to present Furfrou's cuts. Shauna was amazed and fell into her trap, as Celosia managed to equip Shauna with a Honedge.[2] During the night, per Celosia's commands, Shauna broke into the room and stole X's Mega Ring, though she was confronted by Y and Viola. Shauna, still possessed, gave Celosia the Mega Ring, who admitted they tracked the children down, since they learned much after they wrote their names in the logbook in the hotel a day ago. Shauna started attacking and hit Viola, then fell down, unconscious. Celosia attempted to escape with the Mega Ring, but was confronted by another Gym Leader.[3]

The Gym Leader, Korrina, had her Lucario Mega Evolve and attack Celosia's Aegislash, though Power-Up Punch did not affect Aegislash, due to it being a ghost-type Pokémon. Celosia noticed Mega Lucario emitted an aura to prevent Aegislash's mind control. Celosia tried to flee, but got stuck by Viola's Surskit's Sticky Web. X's Kanga took the Mega Stone, allowing X to Mega Evolve it. Mega Lucario and Mega Kangaskhan tried to attack Celosia, who fled with Aegislash.[4]

Later on, Celosia met up with Malva on Kalos Route 15. Malva gave Celosia her Aegislash back, pleased her experiment to control 15 Sky Trainers at once even worked. Celosia was surprised, since she expected some sort of a flaw and promised to move Xerneas to Team Flare headquarters. Celosia and Malva sensed someone was spying on them, so Celosia used Honedge to slash a rock in two, behind where Y was. Fortunately for Y, her Froakie evolved into a Frogadier and jumped away silently, then disturbed a bunch of Rhyhorn, making Celosia believe it was just her imagination playing tricks on her. Malva expected Celosia to have the Xerneas tree moved on that night and even to obtain a Key Stone. Celosia had thought of X's Mega Ring, but Malva had other ideas, since there were other Mega Evolution trainers.[5]

Y followed Celosia and Malva to the Xerneas tree. Celosia, along with Malva, was astounded to see the tree. Celosia decided to get the residents of Vaniville Town to move the tree and left to the headquarters. The people nearly escaped, though Celosia had them all controlled by Aegislash, starting the operation.[6] Eventually, Celosia returned with the people to the Xerneas tree. The people started using the machines to dig out the tree, though Celosia noticed Honedge has a lock of hair. Celosia suspected someone actually spied on her and Malva, but felt the same ones are around the place. Grace, Y's mother, noticed the lock of hair and approached Celosia, starting to examine the lock of hair. Celosia was surprised Grace went out of mind control and pushed her away. Y, fearing for her mother, descended down, but Essentia, the guard Xerosic sent to protect the Xerneas tree, had Trevenant bind Y and her friends on the spot. Celosia had her Aegislash attack X, who was protected by a Gengar, whose owner, Gurkinn, as well as Diantha and Korrina, have arrived to stop the movement of the tree as well.[7]

Malva descended down from the tree and ordered Celosia to attack Korrina. After X pressed his Key Stone to Mega Evolve Gengar, Korrina became more confident and had her Lucario Mega Evolve to attack Celosia.[8] Mega Lucario used Bullet Punch on Aegislash, so Celosia noticed Lucario has gotten stronger since the last encounter in Santalune City, pleasing Korrina she is fighting a worthy opponent. Celosia wanted to know why Korrina stood in her path. Korrina claimed she wouldn't let Team Flare take over Kalos. Celosia admitted they have already taken over, they were only recently sighted to complete the final steps of their grand plan - to eliminate everyone who is not "the chosen one". Korrina claimed Celosia was lying, but was told the people of Kalos have turned ignorant, else they would've done something about the odd things they recently heard or saw. Korrina was frustrated and had Mega Lucario knock out Aegislash. Celosia noticed the people have broken out of the mind control, meaning Mega Lucario shared its aura to counter Aegislash's powers. Korrina confirmed that, since protecting other people's lives was more important than quickly defeating Celosia. Celosia seemingly was knocked out, pleasing Korrina, who was hit by Celosia's Honedge. After the children found Korrina, they noticed her Key Stone was gone.[9]

Celosia eventually returned to the headquarters and saw X and Emma trying to enter the headquarters. Aliana and Mable made fun of Celosia, who was shaking. Bryony sent Bisharp, intimidating Mable and Aliana to return to their stations. Bryony, however, was glad of Celosia's accomplishments, for she managed to bring the Key Stone and the Xerneas tree. However, Bryony had knocked Celosia out, since Celosia was too exhausted, for Aegislash's power required the strength of its trainer as well. Bryony had placed Celosia to rest and let X and Emma into the headquarters.[10]

Diantha told Blue how she fought Malva, X fought Essentia and Korrina Celosia. Diantha was aware who the Team Flare's admins were, but could not determine who Essentia really was.[11] Celosia, along with the other scientists, was modifying the Poké Balls Team Flare stole from the Poké Ball factory.[12] Once their task was over, the four scientists joined together to help Xerosic defeat the children. Since the children improved their teamwork, the scientists decided to abandon their rivalry and to show their teamwork by crushing their enemies they underestimated so far.[13]

Celosia grabbed Shauna and faced her in battle. Shauna swore she wouldn't lose against someone like Celosia, using her Kitty against Celosia's Doublade.[14] 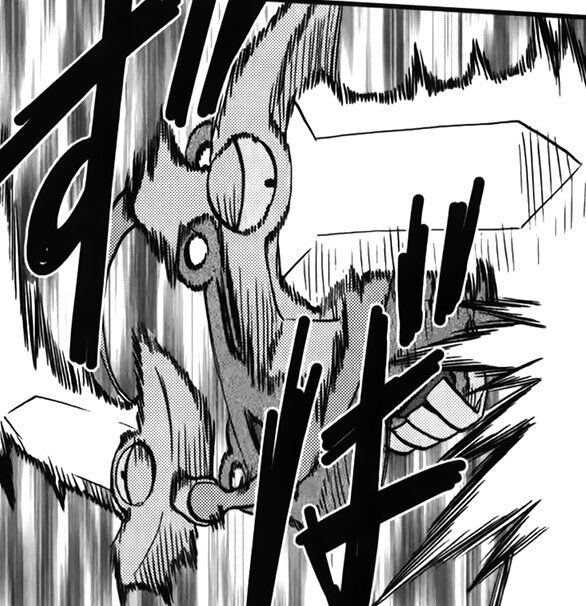 Retrieved from "https://pokemon.fandom.com/wiki/Celosia_(Adventures)?oldid=1309331"
Community content is available under CC-BY-SA unless otherwise noted.