For the variant appearing in the games, see Cassius.

Cassius is a balding man, who has blue hair on the front. He wears a long-sleeved black jacket with spikes, a white T-shirt with a Klefki print, and blue pants with a pattern of grey circles and lines. He also wears some grey sneakers with purple laces. In addition, Cassius wears red-framed glasses.

Cassius is a calm person, with a loose attitude. Cassius, while being a helpful person, does not wish to be referred with such a trait. In addition, while not having invented the storage system, Cassius is a clever person to be able to maintain it with his assistants. He has a habit of saying "For Real!" so he can prove he's not lying, in the original Japanese manga, he says "No, Seriously." instead.

Cassius was contacted by Bill via the computer. Bill explained Cassius the effects of the storage system, though Cassius ignored Bill, claiming he had the system under control. Cassius started to annoy Bill before he heard a commotion outside and went with his assistants to check what was going on.[1]

Cassius eventually came to the garden and noticed some Espurr fighting the group. Cassius sent his Gourgeist, who used Confuse Ray on one of the Espurr and grabbed the other three. Clemont wanted to see Espurr's powers, despite being warned not to by Cassius. Clemont lifted the ear and was blown away by the psychic power. The group came into Cassius' house (making Tierno displeased about the interior) and were introduced to Cassius himself.[2]

After the children explained they were hunted by Team Flare, they wanted to get to Cyllage City, to find clues about Grace, who was last seen at that city. Cassius decided to take the children along, since he had to go to Cyllage City to make some check-up on the storage system. Cassius first went to the Battle Chateau, where his services were needed first. After noticing Emma befriended one of the Espurr and nicknamed her Mimi, Cassius told the children they could come out of hiding in his van. X came out of the van, since Cassius was a stranger and only Trevor trusted Cassius. Cassius sent Gourgeist to wrap X's Elec, since they shouldn't be in the center of attention for Team Flare. Trevor claimed X was just letting Elec out for some air, since he just caught it recently. After the check-up, the staff of the Battle Chateau thanked Cassius and lent him a helicopter. Boarding the helicopter, Cassius explained the children to get to Cyllage City, they had to go through a cave, where Team Flare would likely have made an ambush. He also remembered Clemont, who was the Gym Leader of Lumiose City and a famous inventor, who sought out the cause why were there blackouts in Lumiose City. During the flight, Cassius noticed some 15 beings approaching, seeing they were under attack by Sky Trainers.[3]

The Sky Trainers started attacking the helicopter, which was barely managed by Cassius to let it fly in the air. After Y had defeated the leader of the Sky Trainers, Yvette, as well as X's Elec defeating Aegislash that was controlling them, Cassius saw they were close to Cyllage City, where they would find out about X's girlfriend's mom. X was furious and clarified Y was not her girlfriend, though Cassius replied he was just joking.[4] The Sky Trainers damaged the propeller of the helicopter, which also slashed Y's Sky Trainer suit and caused the helicopter to crash. While nobody was injured, Grant and his Aurorus arrived. Grant started shouting at Cassius, who damaged a lot of property. As the two men were involved in the argument, the children left a message for Gourgeist they went to search after Y.[5]

After having escorted the injured people to Laverre City's hospital, Trevor commended Cassius and his assistants for the help. Cassius and his assistants laughed, for they claimed normally aren't helpful. Valerie was displeased nobody told her about activities of Team Flare, though Cassius warned her she should be silent as well, since Team Flare had many informants and spies throughout Kalos. As Cassius and Trevor watched Y, Tierno and Shauna training with Gurkinn, Trevor asked if Cassius was friends with Grant. Cassius only replied Grant stopped shouting after Cassius promised to pay for the damages of the helicopter crash. They found X into a tree hollow, taping the entrance. Trevor was surprised and tried to comfort X, who felt depressed after Korrina got hit in the head and her Key Stone got stolen. Cassius held Trevor, thinking X needed some privacy and would come out eventually. He also noticed Emma returned, asking her she could've at least told where she went off to.[6] Trevor and Cassius watched as the Gym Leaders have arrived on Wulfric's Avalugg. Trevor and his friends joined the Gym Leaders, while Cassius watched them leaving from ashore.[7]

Cassius and his assistants detected that Emma inserted a Pokémon in the storage system, then withdrew it. Without further ado, the group went to Route 22 in their van.[8] As they were approaching the route, they saw a huge blast and wanted to investigate it.[9] Cassius came to Emma, seeing that X managed to persuade her to step down from taking Lysandre's orders. Lysandre continued giving orders, which made Cassius wonder how could he command her if she emotionally broke down. He also asked Lysandre did he thought if Emma was doing this work for Team Flare for free. Lysandre gave Emma an opportunity to be one of the chosen ones, which disgusted Cassius. His Gourgeist fired Shadow Ball, which shattered Lysandre's device. After Zygarde unleashed Land's Wrath, Cassius and Emma continued to watch the battle from a safe distance.[10] The two watched as Lysandre was defeated and fell down, to the ground, with Malva. With Team Flare defeated, Cassius and Emma took X, Y, Tierno, Shauna and Trevor to Lumiose City in their van.[11] 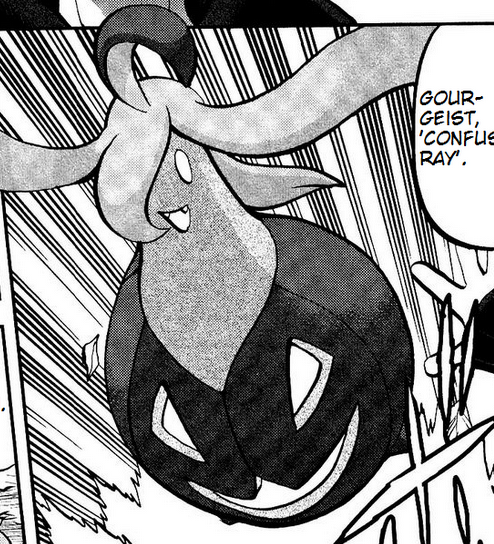 Retrieved from "https://pokemon.fandom.com/wiki/Cassius_(Adventures)?oldid=1413398"
Community content is available under CC-BY-SA unless otherwise noted.