Casey is a recurring Trainer from Johto.

Casey is a short young girl with fair skin, brown eyes, and long purple hair that is usually covered by a black-striped white baseball cap with a lightning bolt on the front. Aside from her hat, Casey's usual outfit consists of a pale blue t-shirt, a yellow jacket with black stripes, striped white shorts with a red belt, and brown and white sneakers. She also has a green backpack and wears a yellow horn around her neck. Overall, she has a very tomboyish style when it comes to dressing herself.

She is shown to be confident and cheerful. She is a fan of the Electabuzz baseball team and is easily angered should someone insult them. To show her support, Casey sometimes chants the team's hymn, much to her friends' annoyance. At the start of her journey, when facing a total defeat, Casey's confidence was significantly lowered, though her friends supported her and give her hope to continue on.

The heroes encountered Casey, who had Chikorita battle a Rattata, whom she caught in a Poké Ball. After she caught Rattata, Casey noticed the heroes and ran towards them, being impressed by Ash's Pikachu, though Pikachu electrocuted her and Ash. Casey introduced herself, admitting she got Chikorita from Professor Elm. Being a fan of Electabuzz Baseball Team, Casey admitted she likes yellow Pokémon with stripes. Ash belittled her team, claiming it was weak, which made Casey furious to challenge him to a battle.

Ash sent his Charizard, who managed to defeat Casey's Rattata and Pidgey quite easy. Ash advised her to quit, but Casey refused, since her grandfather told her never to quit. Her Chikorita strangled Charizard's throat with Vine Whip. However, Charizard's Flamethrower burned Chikorita's leaf, who soon fainted. Misty and Brock told Casey she gave her best and as Ash went to shake hands, Casey ran off. Casey started to cry, thinking her parents would be disappointed at her loss. Just then, Team Rocket appeared and deceived her into battling Ash once more. Casey met Ash at the baseball field, where Misty and Brock cheered for Casey this time. Casey's Chikorita fought against Pikachu, as Casey claimed Ash broke the rules by sending Charizard.

Just then, Team Rocket took the opportunity to catch Chikorita and Pikachu, which made Casey realize they fooled her. Team Rocket's Meowth fired baseballs, which hit Ash and Casey. After repelling the baseballs, Ash sent Squirtle and Bulbasaur, while Casey her Pidgey and Rattata, who helped them retrieve Pikachu and Chikorita. After Team Rocket blasted off, Casey high-fived Ash and apologized for accusing him and promised to train to be as strong as Ash. Ash promised he won't be easily defeated, though Casey aimed at forming her yellow Pokémon team. She bid farewell to the heroes, who felt they would encounter her once more.[1]

Chikorita, who got hit by Scyther, tried its best by going on top of Scyther. Ash warned Casey she was pushing Chikorita too hard, though Casey ignored Ash. Chikorita got bashed on a tree and fled and Ash and Pikachu taunted Scyther, who flew after them. Casey went after Chikorita, who continued to run away from its trainer. She pointed out quitters aren't fit to be in her team. Misty scolded Casey, reminding it was important to look after the Pokémon, rather than winning the Contest; Casey replied she did care, but Misty exclaimed that was not the case during the Contest. Casey realized Misty was right and fell down. Chikorita visited Casey, who apologized for pushing Chikorita so hard. Team Rocket arrived and kidnapped Ash and Pikachu. Chikorita launched Razor Leaf on the missile they launched, but failed.

Casey let Chikorita know she was with it, which made Chikorita evolve into a Bayleef, who repeated the attack to destroy the missile and free Ash and Pikachu. After Team Rocket was defeated and the Contest was over, Casey, who did not win, felt like a winner for having Bayleef on her side. Ash knew Casey loved yellow Pokémon with stripes and gave away the Beedrill he caught in the Contest to Casey. Casey was grateful and chanted the Electabuzz team's hymn in happiness.[3]

Casey encountered the heroes, who were going to Mt. Silver. She greeted them and showed Meganium, who evolved from Bayleef, though she noted Ash's Bayleef still didn't evolve yet. Regardless, she exclaimed there was an Elekid nearby and she wanted to catch it. She was told Team Rocket snatched it, which disappointed Casey, but determined to battle them for Elekid. Hearing Larvitar, the group encountered Team Rocket; Casey's Meganium used Razor Leaf, which cut Team Rocket's balloon and blasted them away. However, Casey and the heroes found a discarded net and continued to search.

Seeing Meganium and Pikachu going away, the group followed it and fell in a hole made by Team Rocket. Fortunately, Meganium managed to pull them out with Vine Whip. Casey tagged up with Ash and defeated Team Rocket. Once Team Rocket was defeated, Casey faced Elekid and had Meganium battle it. Meganium, whose Razor Leaf was blocked by Thunder Punch, hit Elekid with Solar Beam. Casey threw the Poké Ball and caught Elekid, which made Casey glad. Casey promised Elekid would cheer for her team and win some badges for her. Before she departed, Casey sang the team hymn for her friends, even if Ash didn't want to hear it.[4]

Casey visited the Cerulean City, where the baseball match was being held. She entered the Gym, where she greeted Misty and met Tracey Sketchit, who helped Misty out. Casey thought Tracey was Misty's boyfriend, but Misty quickly denied that and introduced her to Daisy. A Pelipper arrived and gave Misty the letter, who got an invitation from a boy to come to the lighthouse. Casey claimed he was one of the trainers she defeated. Arriving at the lighthouse, they met up with the boy, Georgio. Casey yelled out at him, thinking Georgio wanted revenge at Misty, who tried to calm her down.

Georgio blushed and admitted he wanted to go on a date with Misty, which amazed Casey. Misty refused, so Georgio showed her the tickets for the game, which astounded Casey he had the tickets for the baseball match she did not. Georgio challenged Misty, claiming if he won, she'd have to go out with him, though Casey added if he lost, he would have to take Casey along. As Georgio sent Delcatty, it was captured by Butch and Cassidy. Fortunately, Misty and Casey battled Team Rocket and blasted them off, retrieving Georgio's Delcatty back.

At the lighthouse the battle progressed between Misty's Corsola and Georgio's Delcatty, for the former defeated the latter. Still, Casey decided to battle Georgio, since she wanted the tickets. To Misty's surprise Georgio sent Delcatty once more, who battled Casey's Elekid. Though Casey lost the battle, Georgio gave her the ticket, since she did help save Delcatty. Casey was glad and cheered she obtained the tickers. Hearing the dinner expenses were covered, she sang her baseball team's hymn.[5]

Casey watched a game of her Electabuzz team and was disappointed they did not win once more. Just then two guys were chasing a Charizard. To stop Charizard, Casey sent her Beedrill, Meganium and Elekid, though Charizard simply passed through team and nearly hit Casey, who was saved by one of the guys. Casey was grateful for the rescue and realized she was saved by Corey Demario, the pitcher of the Electabuzz baseball team. Casey introduced herself, while Corey admitted his arm got hurt and couldn't play baseball, hence why he was at his father's farm. Casey also met his brother, Benny Demario, who explained their Charizard ran away and didn't listen to them.

Since Charizard didn't battle in a long time, it could not spit fire nor fly, so Casey and her team tried to cheer it up. They came to the farm, where Casey met with Corey's father, Shigeo. Shigeo wished his son would go back playing baseball, for even if his arm did heal, his confidence was still lowered. To get Charizard and Corey's spirits back, the next day, Casey had them dressed as cheerleaders. After yelling out to gain confidence, Casey had Don battle Shigeo's Ampharos. Don failed to execute any attack and was hit by Ampharos. Casey belittled Don, which made Corey and Benny furious, claiming Casey's coaching was the real problem. Thus, Corey went with Don to the mountains for training, while Casey told Benny she was rough on Don to get Corey to training.

However, Corey was gone for hours, so Casey and his family went to search for him. Casey found Don hanging from a branch and Corey on a boulder, so Casey climbed down. Due to the harsh weather, Casey was nearly blown away, but was saved by Corey. However, the boulder shattered and Casey and Corey fell into the lake and started drowning. Fortunately, Don saved them both, even if it was scared of water. Casey was glad Don regained his confidence as well, but so did Corey to play baseball. In the end, Casey cheered as Corey played for the Electabuzz baseball team.[6] 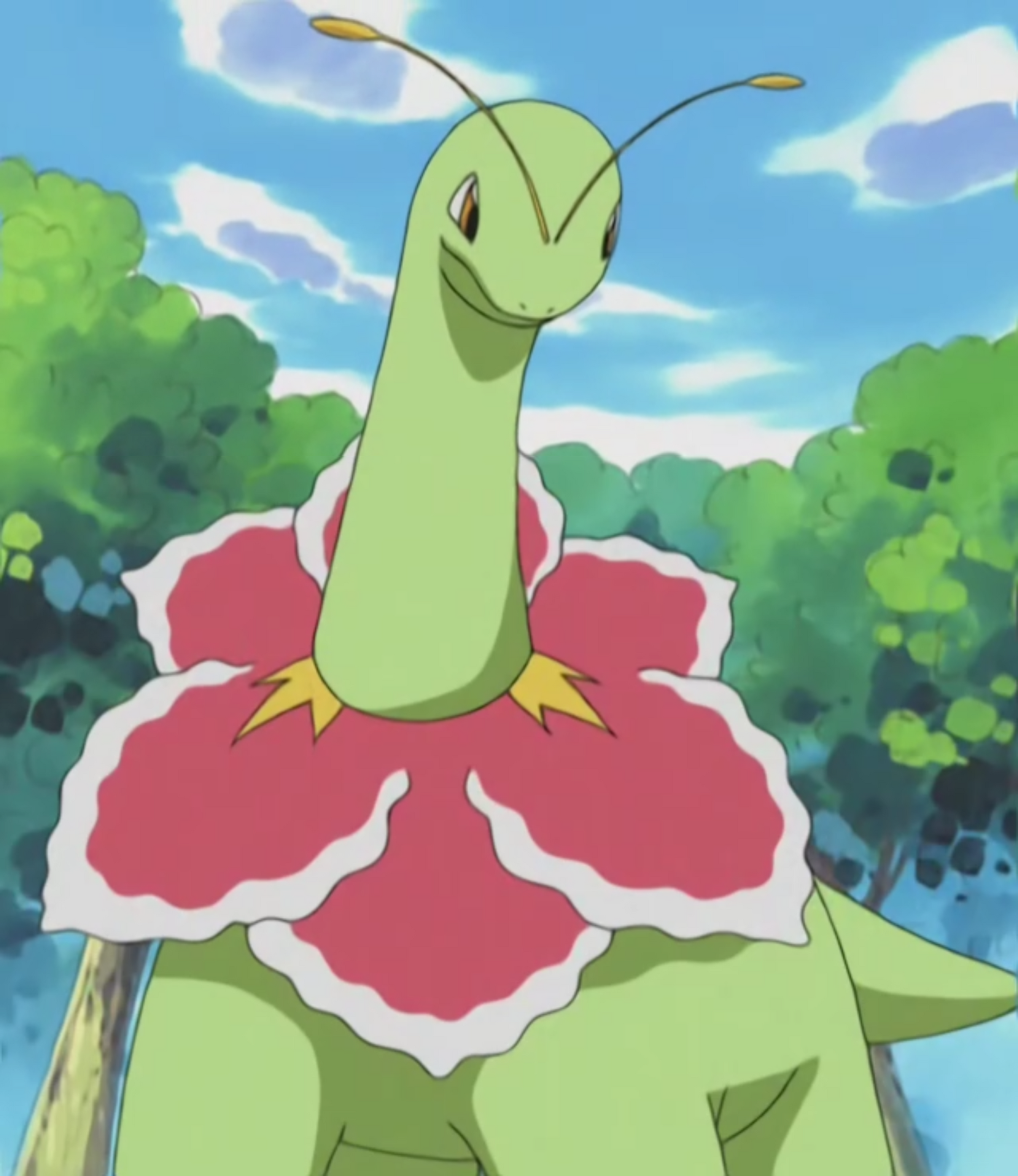 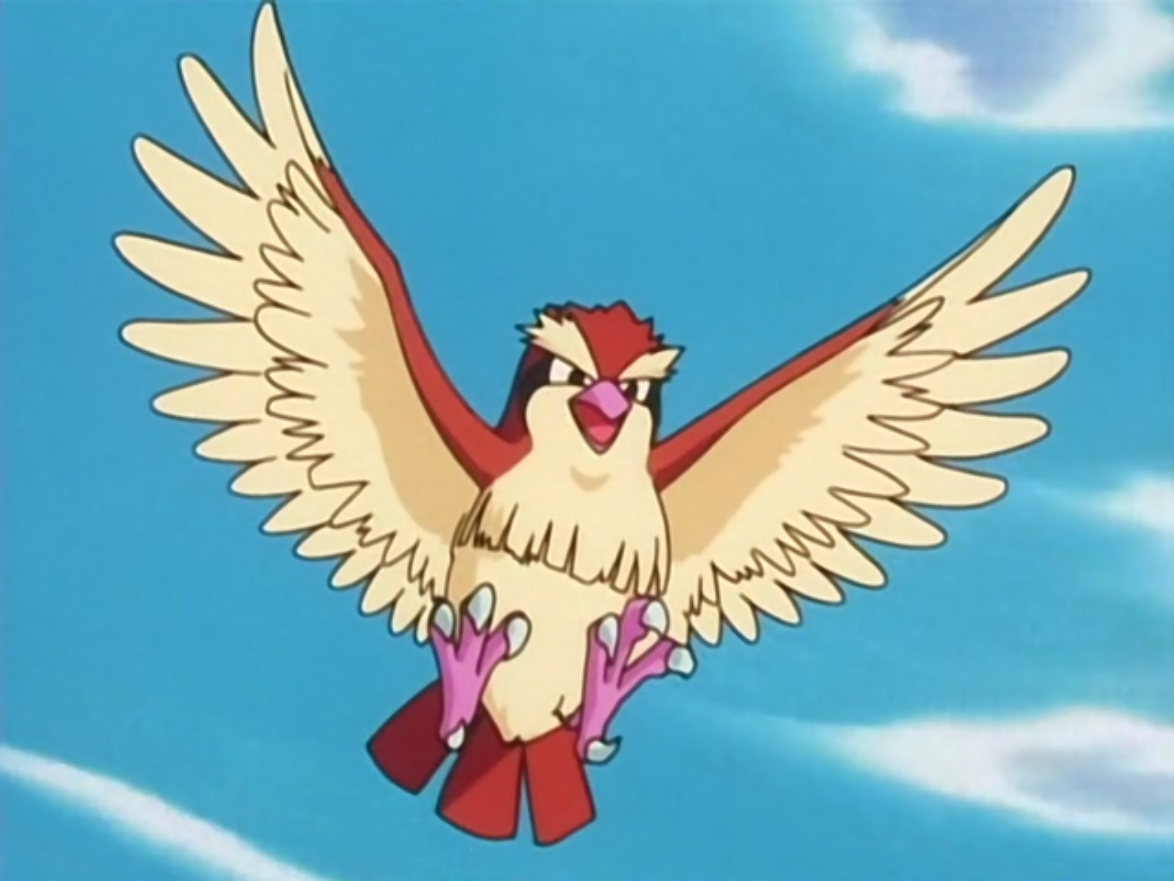 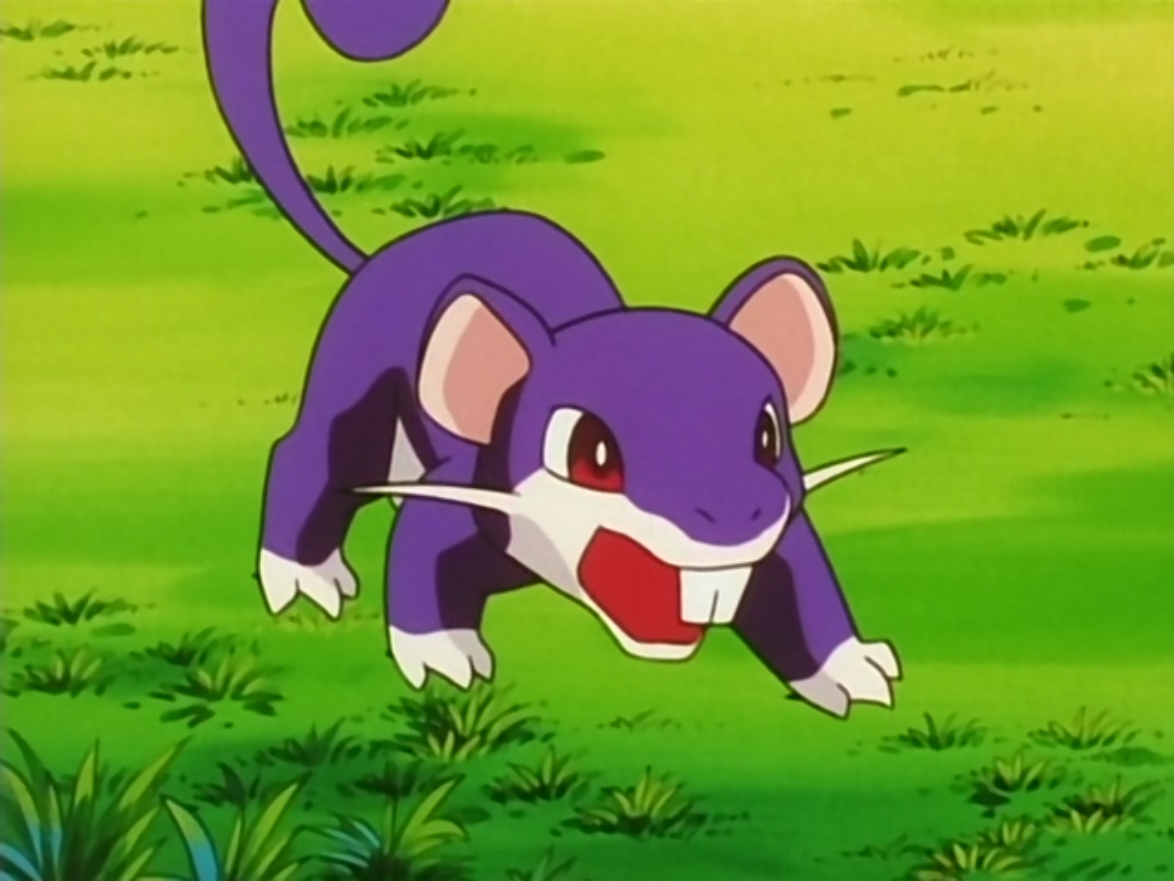 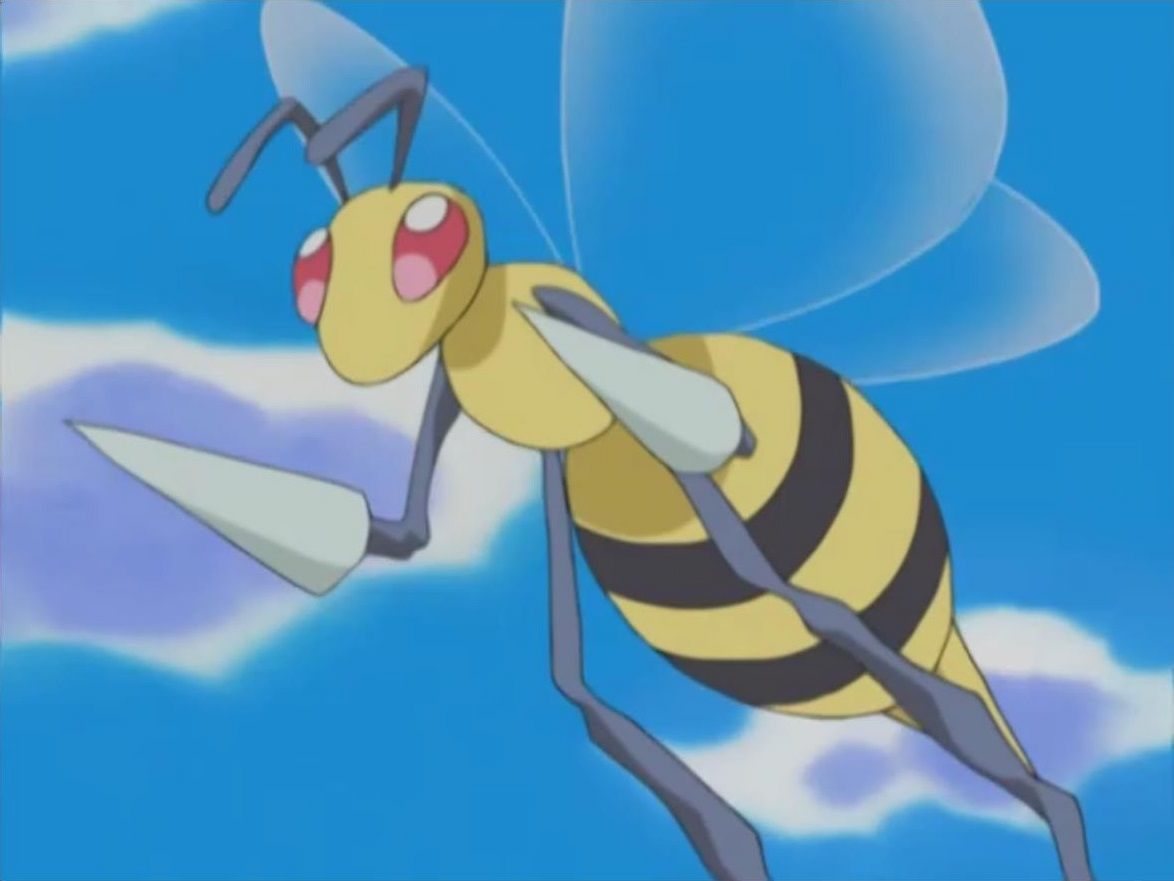 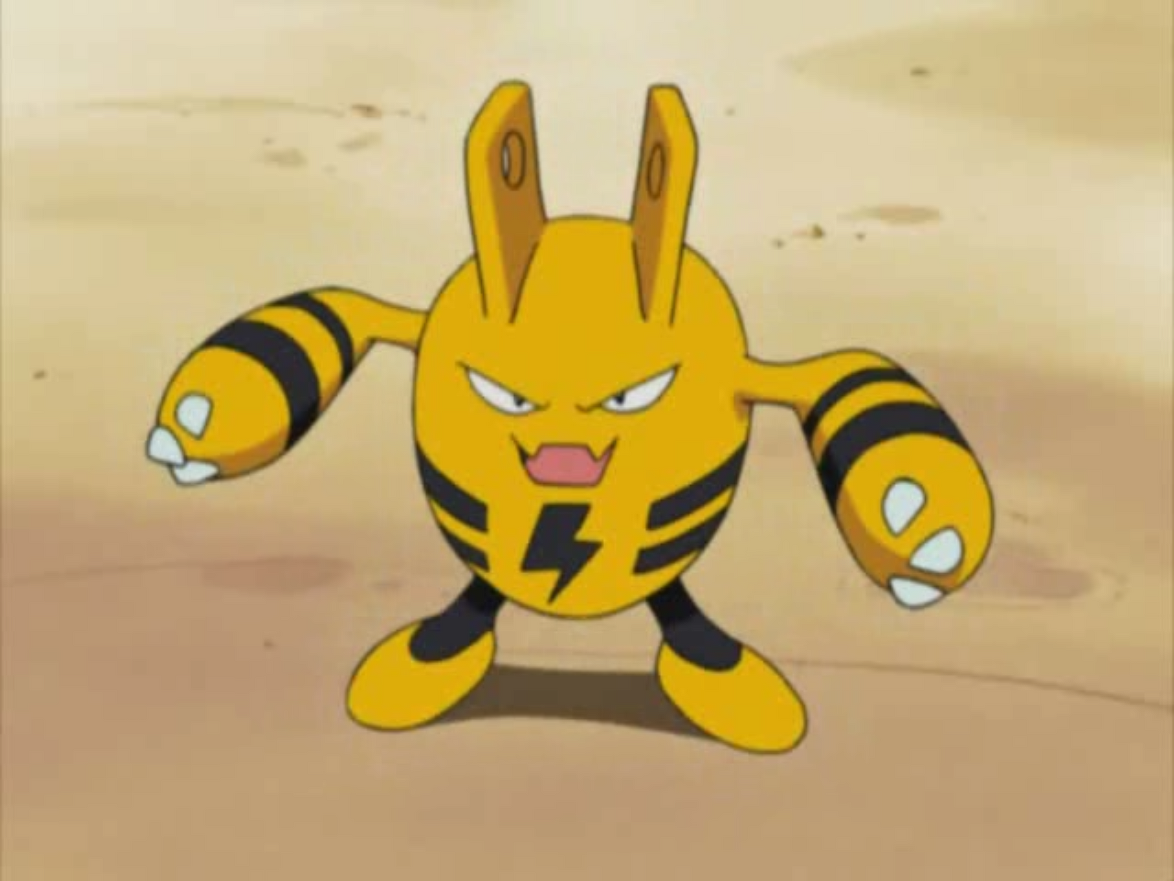 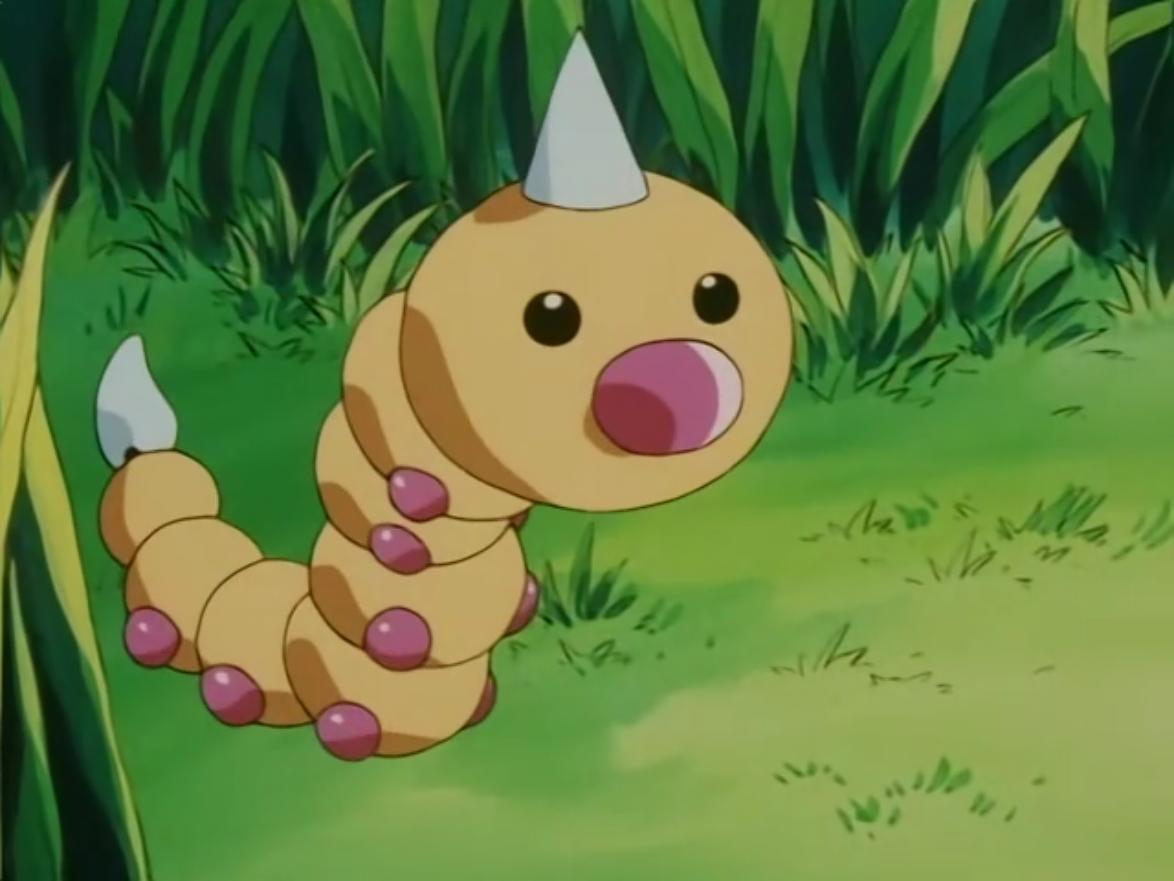 Retrieved from "https://pokemon.fandom.com/wiki/Casey?oldid=1425237"
Community content is available under CC-BY-SA unless otherwise noted.