Caroline in other languages

Caroline is the wife of Norman and the mother of May and Max.

Caroline is a middle-aged woman with brown hair that is styled zigzag two pigtails, lavender eyes and light pink lipstick. She wears a yellow sleeveless shirt with a white stripe covering her shoulders. She also wears a brown sash around her belly, an orange skirt, white high-heeled sandals and a pair of violet spherical earrings. During her visit at the Hoenn Grand Festival, she also wears a brown vest.

Caroline met Norman on a flowery field, surrounded by Beautifly and Caroline make a photo of that moment.[1]

While spending a day on the beach, Caroline heard May (Caroline's daughter) being overwhelmed by some Tentacool. Thus, Caroline threw a Poké Ball, but, by accident, hit May, since Caroline mistook her to be a Tentacool.[2]

While the heroes were talking about the movies they saw, Max remembered seeing a movie about a giant Meowth with his parents and his sister.[3]

May met up with her parents at Petalburg City and found Max arguing with Ash Ketchum. Inside the Gym, May introduced Ash to her parents. Per Norman's request, May showed Torchic she obtained from Professor Birch, making Caroline remark it looked cute. After everyone had lunch, Caroline, May and Max watched Norman battle against Ash. At the end of the battle, Team Rocket appeared, making Caroline mistake they were May's friends. Since Torchic got stolen, Caroline and Norman decided to help May out. They managed to find the balloon and once they ran towards it, they fell in a hole. Fortunately, Ash helped everyone get out of the holes.[4] When May was packing for more stuff, Caroline visited her. She knew Max wanted to join her and Ash to go on the journey. Caroline asked of May to be with Max and protect him; May swore the oath and hugged her mother.[5]

In the end, everyone regrouped to the Gym: Ash, May and Max (who decided to accompany the former) bid farewell to Norman and Caroline to go on their journey.[4] After Ash's victory in Lavaridge Gym, the heroes planned where to go next. Max proposed going to Petalburg City, who, along with May, imagined going back home to their parents. This excited Ash, knowing he'd battle Norman once before and was ready for a Gym match, claiming things would be different this time.[6] Once the Team Rocket trio arrived to Petalburg City, they found a poster of Norman and his wife, who were quite famous in Petalburg City. This gave Team Rocket an idea to impersonate Norman, Caroline and their children to steal the money from their fans.[7]

May and Max came back to the Gym, where Caroline hugged them, stating both of them grew up. Caroline was glad they came and greeted Brock, who accompanied them. Max and May wished to see their father, but Caroline stated he was absent. Instead, they all went inside the house, where Caroline was making lunch. Once Max told her mother of their adventures, he and May wondered where their father was. Caroline got angry, so to cheer her up, May stated she got a Skitty and a Beautifly. The former made Caroline even more angry, but she subdued her anger and claimed she was just training. Kenny managed to get Max, May and Brock inside the greenhouse, stating Caroline and Norman were yelling at each other for the past few days and Caroline gets upset when she hears the word "Beautifly". Caroline managed to pack her stuff up and went to the Pokémon Center, where she confronted Norman. Caroline stated she was leaving, confusing Norman, who wanted to help her out. After being explained the problem, Norman took the group to the greenhouse. After defeating Team Rocket, Norman explained he was preparing secret fireworks for his anniversary with Caroline. Nurse Joy obtained some new fireworks, which were set up. Norman triggered the fireworks, amazing Caroline, who hugged her husband for the romantic moment.[1]

Caroline watched Ash's battle with her husband where she calmed Max down, claiming Norman will be fine and she also confirmed her husband wants to take control of the field to give Ash a challenge. Caroline also noted Norman likes to battle, when Norman and Ash were down to their last Pokémon. Caroline was startled when Max stole Ash's badge and managed to persuade him to come out and give the badge back.[8]

Before arriving to Slateport City for May's Grand Festival, she and Ash remembered their past adventures so far. Ash recalled facing Norman in a battle that his wife, Caroline, was watching.[9] While her husband stayed at the Gym to work, Caroline went to Slateport City, where she surprised May, May and their friends with her presence. She confirmed that she had arrived to see May compete in the Grand Festival. She spent some time with the group, and admired May's Pokémon, especially her Beautifly. She also saw that the stories about Munchlax's hunger were quite true, when it went to eat someone's food. In that moment, Caroline saw that Drew appeared, and Harley arrived soon after, who were May's rivals.

She watched May's training a bit before the preliminary round of the Grand Festival began. Caroline watched May and Beautifly's performance, and was glad to see that her daughter passed onto the next round.[10] Caroline joined May, Harley and Brock, who were looking for a spot for the Contest training. Harley continued to advise May, stating she could have Skitty use Assist in the next round. Caroline admitted that was a risky strategy, but May accepted his proposal. She took a seat with Brock and Max, and was surprised when the latter pulled the former by his ear for trying to get Nurse Joy's attention. She watched May's performance, and was surprised when Skitty fired a Solar Beam from Assist. Caroline suspected that Munchlax knew that move, since none of May's other Pokémon knew it.[11]

Caroline continued to watch May's battles in the Grand Festival. She noted how strong and ruthless her rival, Drew, was. Still, she was proud of her daughter, seeing her prowess as a Coordinator, compared to the start of her journey when she hated Pokémon. At evening, when the Grand Festival was over, Caroline teased May about Drew being on a "romantic beach". May swore she would train as well to grow stronger, but Caroline reminded her she should support Ash for his Hoenn League championship.[12] Caroline and her husband watched the battles at the Hoenn League tournament.[13]

As May and Max went to Kanto, Caroline remained in Littleroot Town, taking care of May's Skitty and Beautifly.[14]

During the Grand Festival in Kanto, the heroes called Caroline. The latter explained she wouldn't be able to visit them at the Indigo Plateau, but let them know that she would still support and cheer May on, and logged off.[15]

Along with her husband and son, Caroline watched May and her friends compete in the Wallace Cup.[16][17] 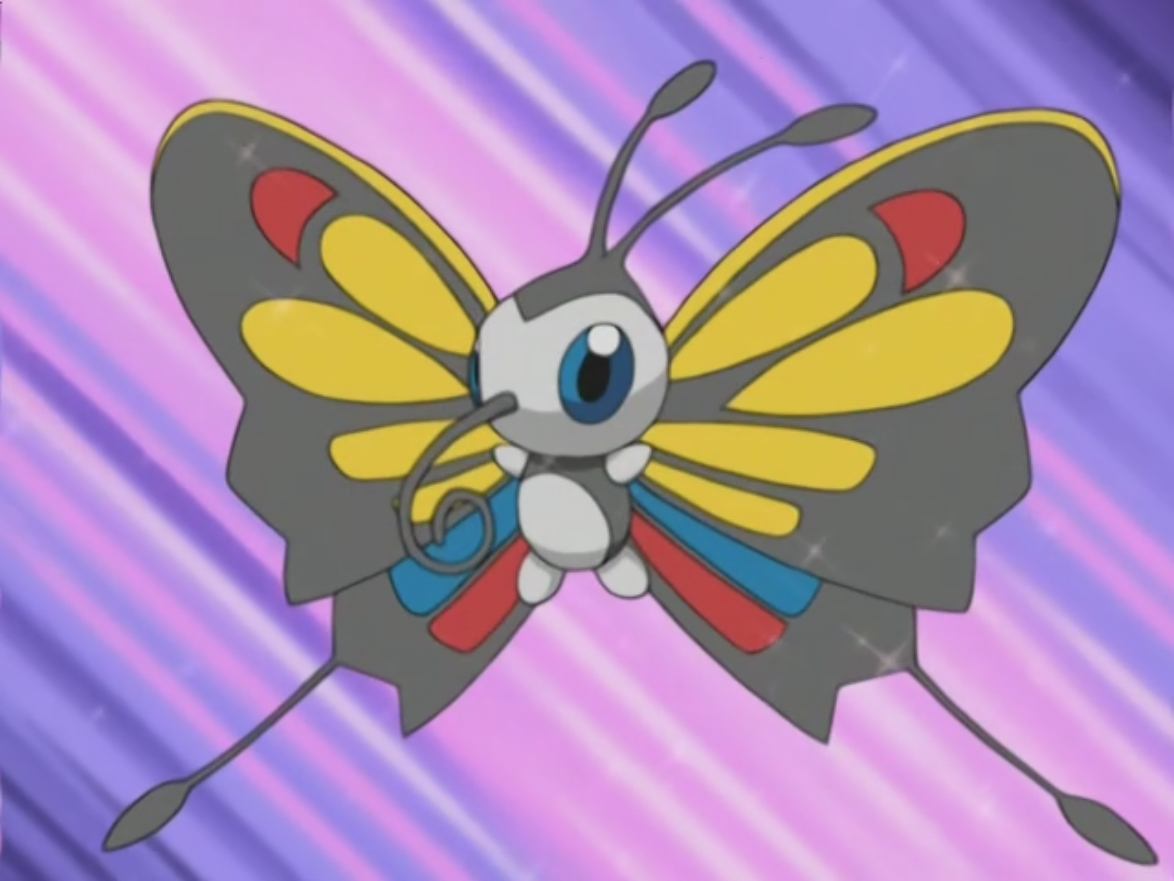 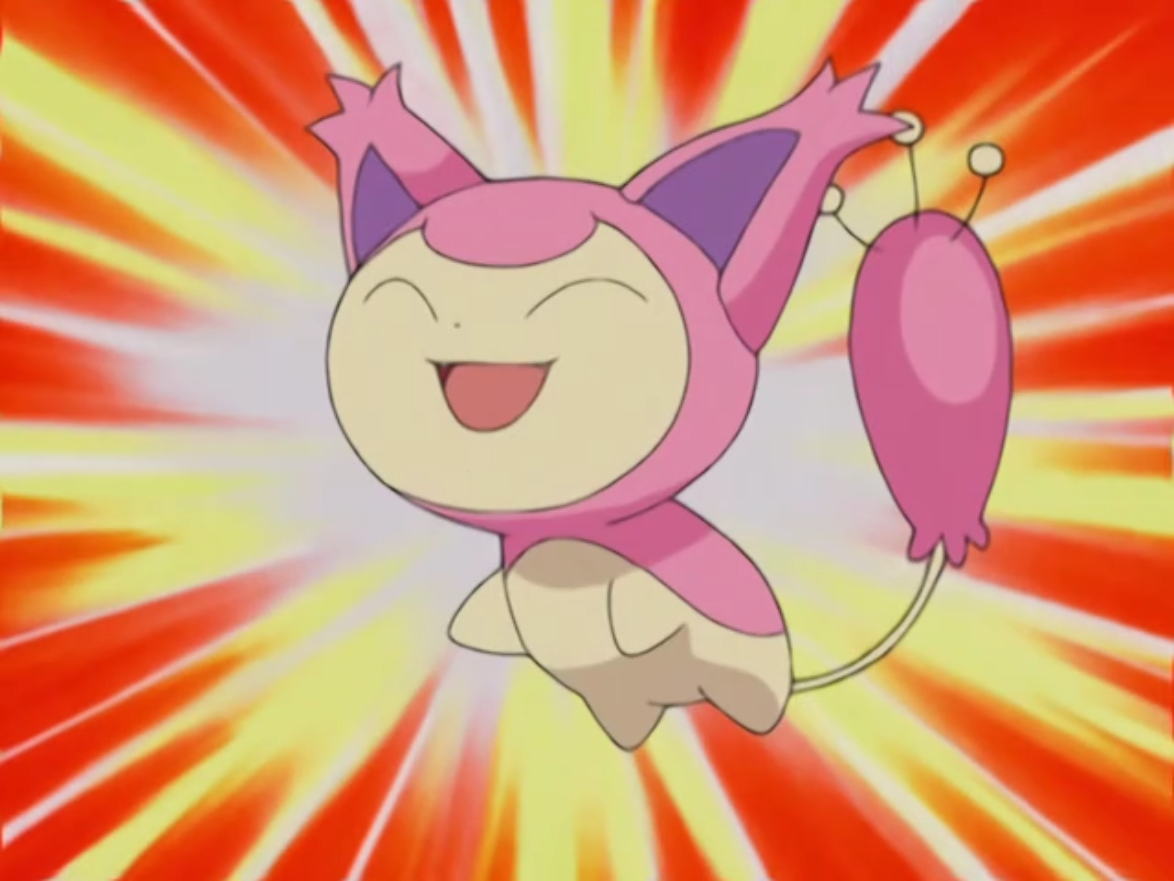