Pokémon Wiki
Register
Don't have an account?
Sign In
in: Pokémon manga characters, Male characters, Characters from Johto,
and 4 more


(Kaatsu)
Carl
Carl, known as Keane in Chuang Yi's translation, is a character appearing in Pokémon Adventures, who was an executive of Team Rocket in the Johto region.

Carl was willingly recruited alongside Sham into the Masked Man's service.[1] All of Masked Man's children were chosen, based on their gender, age, talents and birthplace.[2] Together, along with Karen and Will, watched as Ho-Oh took Green to the Masked Man, who placed the mask on her and took Green in his group by force.[3] Sham and Carl trained together, per the Masked Man's proposal, and all were to wear masks.[4]

Carl and Sham went to Ecruteak City, where they learned about Ho-Oh. They also attacked Ecruteak City by having a large earthquake that destroyed the buildings.[6]

Carl and Sham faced Gold and Silver at Ecruteak City. Gold was in shock, as Team Rocket was supposed to be disbanded after their defeat in Kanto. Carl assured them that was not the case and had his grunts attack the boys. Silver knew they actually caused an earthquake to destroy Ecruteak City. Carl commended Silver for his insight, but realized that was the same boy that defeated their forces at New Bark Town and the Slowpoke Well. Carl continued attacking Silver, who deflected the attacks. Instead, Carl had his Piloswine use an Earthquake to attack Silver and Gold and chase them away. Silver lured Piloswine away, enough for Gold's Politoed to engulf Piloswine in a Whirlpool. Since Gold managed to defeat the grunts, Carl was infuriated and ordered his men to let all their Pokémon out to attack the boys. Sham managed to stop him, reminding they got their info on Ho-Oh. Carl, infuriated, retreated along with the grunts.[6]

The two reported to the Masked Man how Al, Harry and Ken lost the Invisible Bell, while Suicune was nowhere to be seen. The Masked Man was intrigued, knowing Suicune would visit the Gym Leaders and challenge them. He ordered Carl and Sham to keep an eye on the Gym Leaders.[7]

Once Harry, Ken and Al returned to the base, Carl and Sham punished them and tied them up. Just then, the Masked Man arrived, whom Carl and Sham described as the strongest Ice-type trainer, whose mask is made of ice. The Masked Man ordered Carl and Sham to stop looking for Suicune and reorganize Team Rocket "to its former glory". The Masked Man announced they would assault the the Indigo League; Carl ushered the grunts, who yelled Masked Man's name in glory.[8]

Suspecting someone was spying on them, Gold went with Crystal to the main control room. There, they encountered Carl and Sham, who took the control of the machines and advised it would be useless to uncover the Masked Man's identity. Gold went to attack them, but he and Crystal were stopped, as Carl and Sham wouldn't let any disturbances in their plan to hijack the stadium. Sham was glad that the Masked Man was gaining power, while Carl showed to Gold and Crystal how the Masked Man was trying to catch Ho-Oh.[9] Carl and Sham assured them the Masked Man would catch Ho-Oh and arrive to the stadium. They discarded their suits and put on a piece of the mask, ready to defeat Gold and Crystal as a sign of their loyalty. Gold tried to move, but he and Crystal were affected by Roar attack from Sham's Persian and Carl's Houndoom. The two made it clear neither Gold and Crystal cannot move, which was a technique passed from Masked Man himself. Instead, Gold's Aipom brought Polibo out, who hypnotized the Pokémon to sleep. However, Sham's Slowking and Carl's Magcargo, despite being asleep, used Sleep Talk and Snore. Gold's Aipom and Crystal's Cubone retaliated, but were unable to do defeat them. While Magcargo and Slowking were battling, Carl routed the power to the railcar system. Just as Gold and Crystal defeated Slowking and Magcargo with Sunkern and Parasect's Giga Drain. However, Carl and Sham collapsed, making it known that they were actually helping the Masked Man achieve his goals.[10] As Crystal was trying to access the system, Gold was wondering what Carl did to the system.[11]

Bill went to the main control room with Daisy Oak. He found out the power for the transport system was stolen and suspected Sham and Carl were the ones behind the plot, who were lying unconscious on the floor.[12] 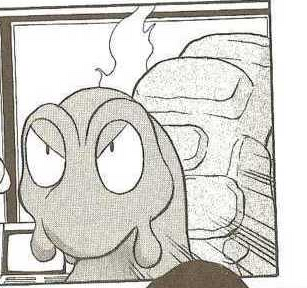 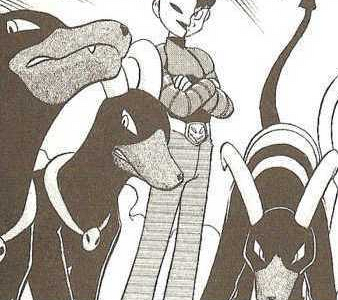 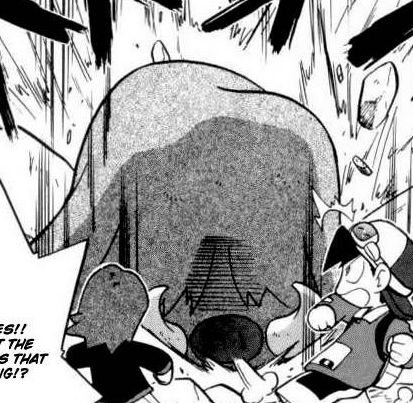 Carl's design is based on the Rocket Executive sprite in Pokémon Gold, Silver and Crystal.