Carbink is a small, gray, rock-like creature embedded with many blue crystals. On the top part of its body, Carbink has long, diamond-shaped, ear-like formations on either side of its head, small, bright blue eyes, and a light-blue crystal embedded in the middle of its forehead. The two sections of Carbink's body are separated by a white, collar-like formation. Carbink's underside is rocky and rough with blue crystals protruding from within it.

Carbink often live in caves or underground. After birth, it is known to sleep for a very long time, up to a million years. They brush one another with their soft manes to prevent themselves from getting tarnishes on their shiny bodies.

Carbink in Kalos and Alola are known to be preyed on by Sableye, who like to eat the jewels on them. Carbink are also attacked by Gabite, who like them for their shiny appearance.

Carbink is based on the mythical fairy Carbuncle, which was first recorded in Jorge Luis Borges' literature "Book of Imaginary Beings", depicted to be a minuscule animal with a jewel or small mirror on its forehead. It also appears to be based on a diamond ore.

Carbink is a combination of carbuncle, carbon, carat, and tink (the sound of a pickaxe hitting a rock). 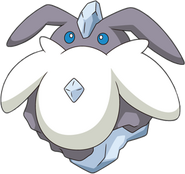 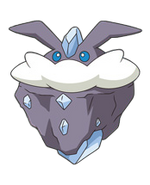 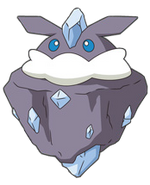 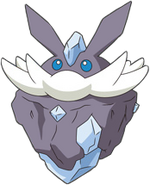 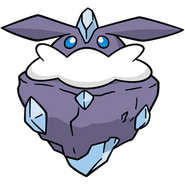 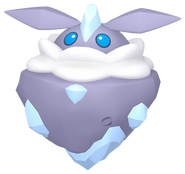 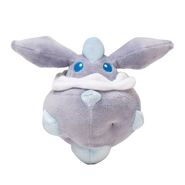 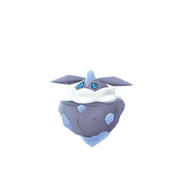