Captain Crook is a character appearing in Pokémon: Adventures in the Orange Islands.

Crook was a pirate poacher of the Orange Islands. He used Tentacruel to attack Lapras using Poison Sting. Misty got him and the rest of his crew tied up, but he still ordered his Tentacruel to use Supersonic on Ash and Lapras. However, the Lapras school arrived and defeated the Tentacruel. Crook was defeated and arrested by Officer Jenny, while his Tentacruel were released. 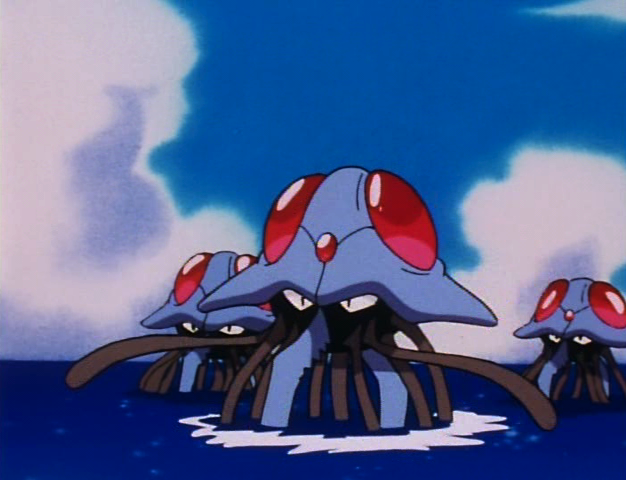 Crook's name is an allusion to Captain Hook, from Peter Pan.

Retrieved from "https://pokemon.fandom.com/wiki/Captain_Crook?oldid=1251370"
Community content is available under CC-BY-SA unless otherwise noted.