For the variant appearing in the games, see Candice.

Candice is a character appearing in Pokémon the Series: Diamond and Pearl, who is the Gym Leader of Snowpoint City in the Sinnoh region.

Candice has black hair tied into pigtails with blue scrunchies and amber eyes. She also has blue pins on both sides of her hair. She wears an elbow-length long sleeved white shirt, a blue bow on her chest, a short brown skirt that reaches her thighs, and a blue cardigan most of the time tied around her waist but sometimes when just talking worn on top of her white shirt. Candice also wears knee-length white and blue striped socks and brown shoes.

Candice is a cheerful girl, who is childhood friends with Zoey and also a teacher of the Trainer School located in Snowpoint City. If she is able to, she helps Zoey to become a better coordinator. Candice is also very serious when it comes to battling.

Candice and Zoey were friends, who discovered a lone Glameow. Zoey obtained it, while Candice helped her raise it in a shack at Snowpoint City.[1]

When her Abomasnow came towards Ash, Dawn, Brock and Zoey, Candice jumped out of a tree with her sweater on and talked to them, being amazed by Dawn's jacket. Zoey pushed her, saying that she should introduce herself to the heroes, and Candice then introduced herself as the Gym Leader of Snowpoint City to the heroes. Ash wanted a battle with her, pleasing Candice, for not many people come this far to challenge her. However, she asked of Ash to wait a bit, since she was in charge of the local school. Since Ash and Zoey were accomplished Trainers, she asked of them to come to the school for a lecture with her students.

Candice then lead them into her school, where Zoey and Ash offered some advice on how to become a better Coordinator and Trainer. She had the people paired up for a quiz, and as she asked what Pikachu was, Ash answered it was an Electric-type Pokémon. Candice claimed it was a wrong answer, since she didn't finish her question. She continued on to ask her questions, to which James attempted to answer, but was wrong. She continued to pose her questions, reminding that a Trainer needed to know the answers to direct their Pokémon much more effectively during battles.

The group later went to a shack, where she and Zoey raised up Zoey's Glameow. Candice reminded that a person could choose either Gym Battles or Contests, an idea Zoey agreed with, for focusing on one aspect could they achieve greatness, and encouraged Zoey to do better. Outside, seeing Team Rocket attacking, Candice sent Abomasnow to attack alongside Ash's Buizel, who fused with Blizzard attack to use "Ice Aqua Jet" combo. After Team Rocket was defeated, Candice admitted she was amazed by Ash's tactics. Warned that Ash could be unpredictable in battles, Candice swore to do her best in the Gym Battle, held the next day.[1]

While the heroes went to Snowpoint City, a flashfoward of Candice using Sneasel, Medicham and Abomasnow against Ash's Grotle, Staraptor and Chimchar in a Gym Battle was shown:[2] Candice accepted to battle Ash in a four-on-four battle. They battled in the Snowpoint City Gym, which was covered with an icy flooring. The battle began, and really quickly, Candice jumped, and merrily tied her blue sweater around her waist and sent out her first Pokémon, Sneasel. Ash sent out Grotle, however despite having the type advantage, along with being quick and agile, Sneasel still lost to Grotle.

Candice refused Paul's challenge as she just battled with Ash, so she told Paul to come back tomorrow to battle her. Candice saw Paul's and Ash's rivalry and stated that Dawn and Zoey were rivals too, but they weren't like that. The next day, Candice came to the Battle Pyramid with her Dodrio to see Pyramid King Brandon. Candice watched the battle battle between Paul and Brandon and after the battle, which Paul lost, Paul told Candice to prepare herself for their battle. Candice looked forward to it and said to Zoey that she should train too, so the both of them left on Candice's Dodrio.[4]

Candice met the heroes again in Brussel Town, where she was to watch Zoey's contest. Candice first didn't realize that the heroes were sitting next to her, but she started to hug Dawn when Zoey won, surprising that the heroes were sitting next to her. Ash asked if Candice shouldn't be in her gym, and Candice stated that they weren't many challengers anyway. After the contest, Candice and the heroes congratulated Zoey on her victory and Candice stated that they should have a party to celebrate the victory. While having the party, Candice shared her favorite dessert, Tamato Berry Ice Cream Sandwich, with the heroes.

The next day, Candice watched Dawn training for her upcoming contest. Seeing Dawn struggling with her combination, Candice showed her a combination with her Abomasnow she could do with her Mamoswine and her Cyndaquil. She watched Dawn's battle against Zoey before parting ways with them.[5] Candice watched Dawn's performance from Daybreak Town with Zoey on TV in Snowpoint City.[6] Candice also watched the finals between Zoey and Dawn of the Grand Festival. After the battle, Zoey said to Dawn that Candice was throwing a party in Snowpoint City for her since she won the Grand Festival, so she had to go back to Snowpoint City.[7]

Candice also appeared in the ending scene of the 13th Pokémon movie, along with her Abomasnow.[8] 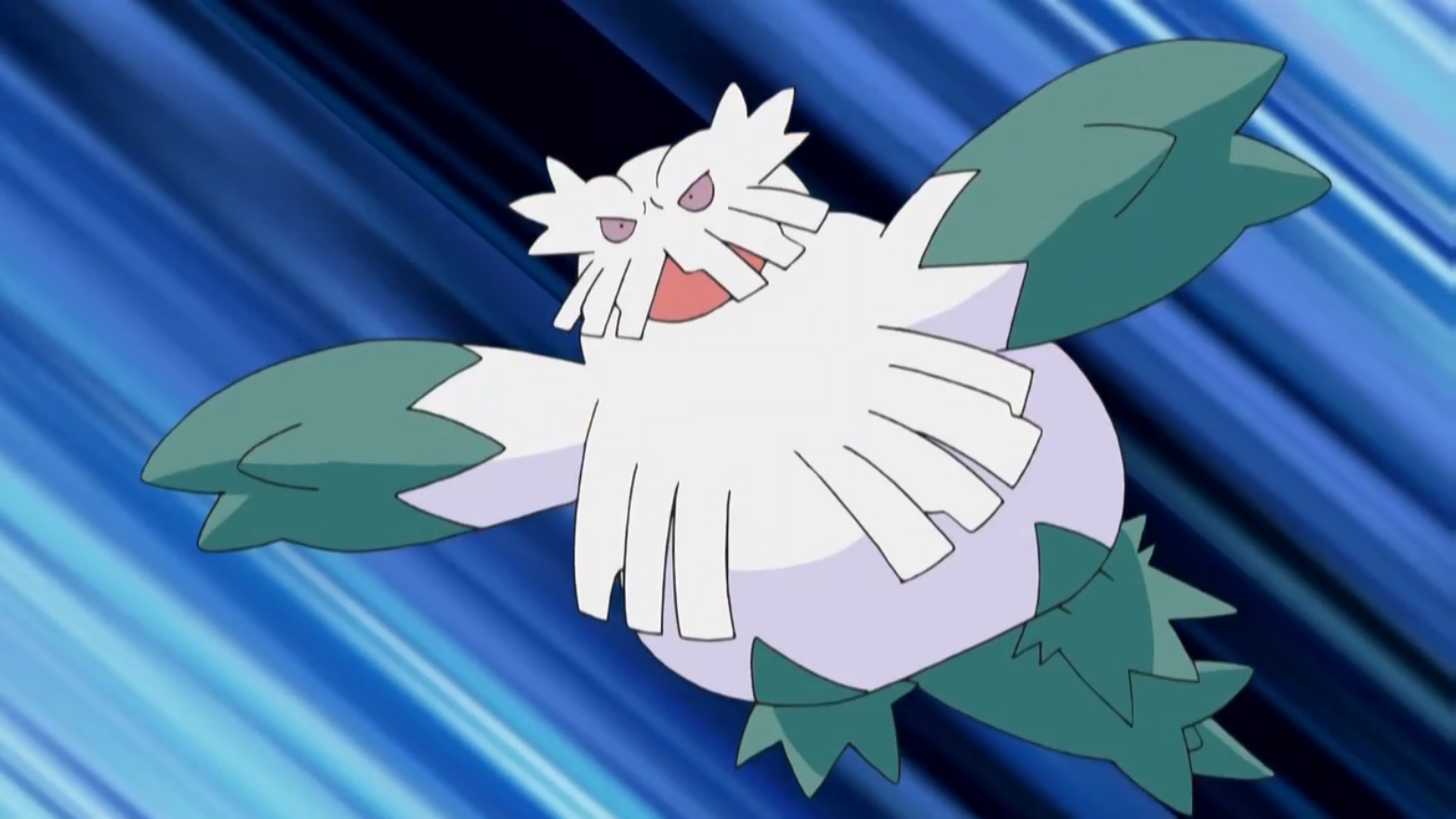 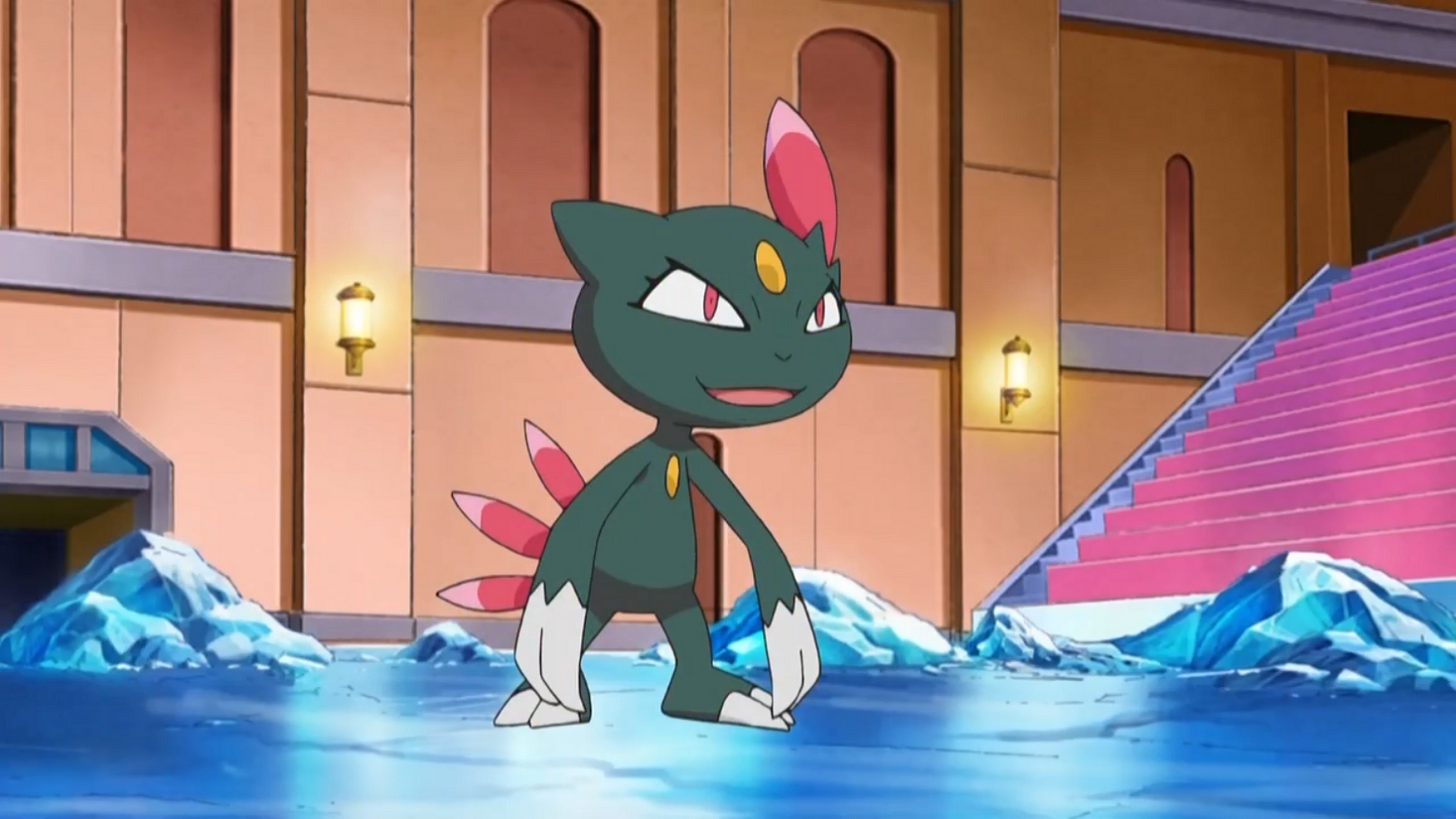 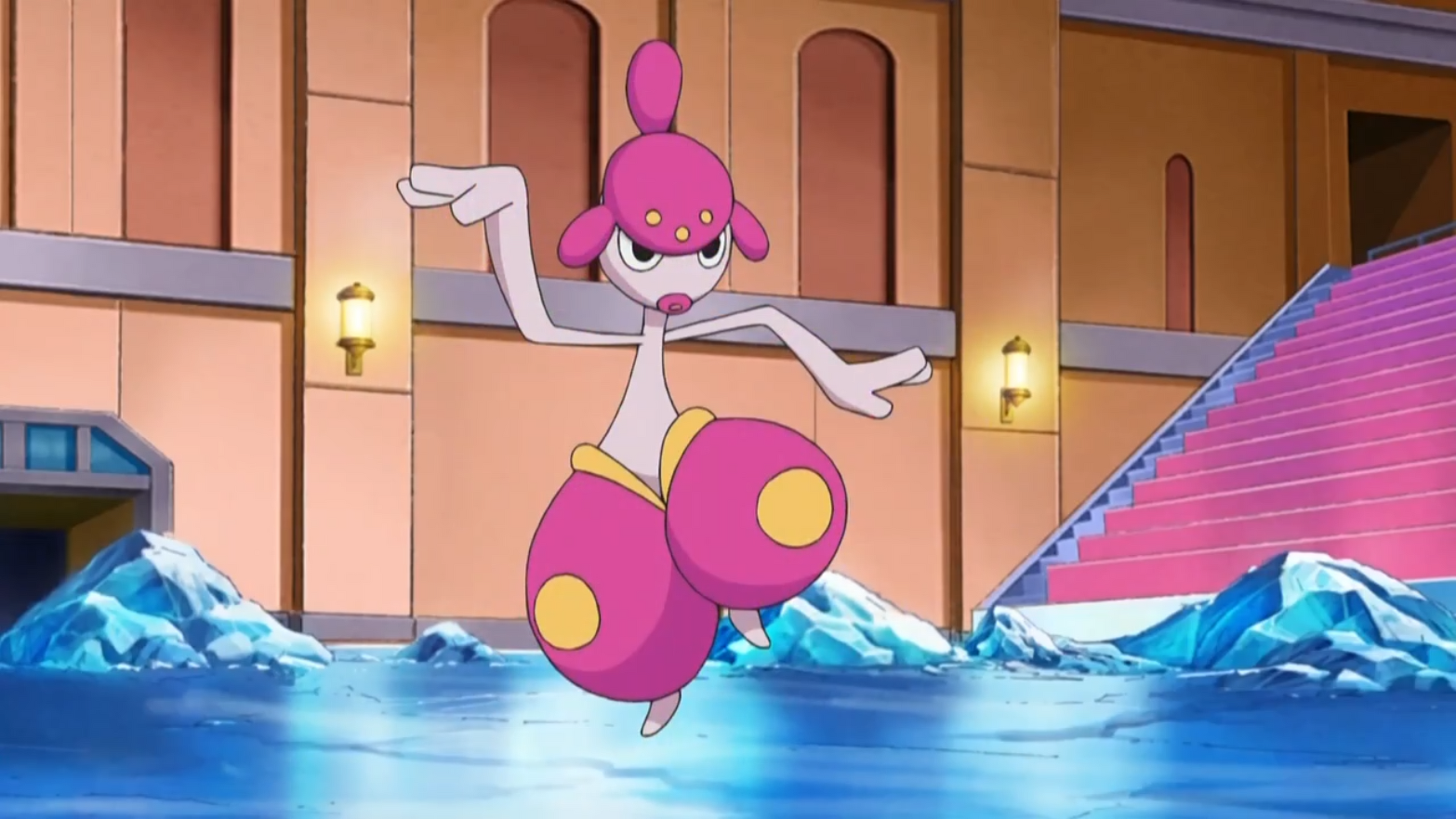 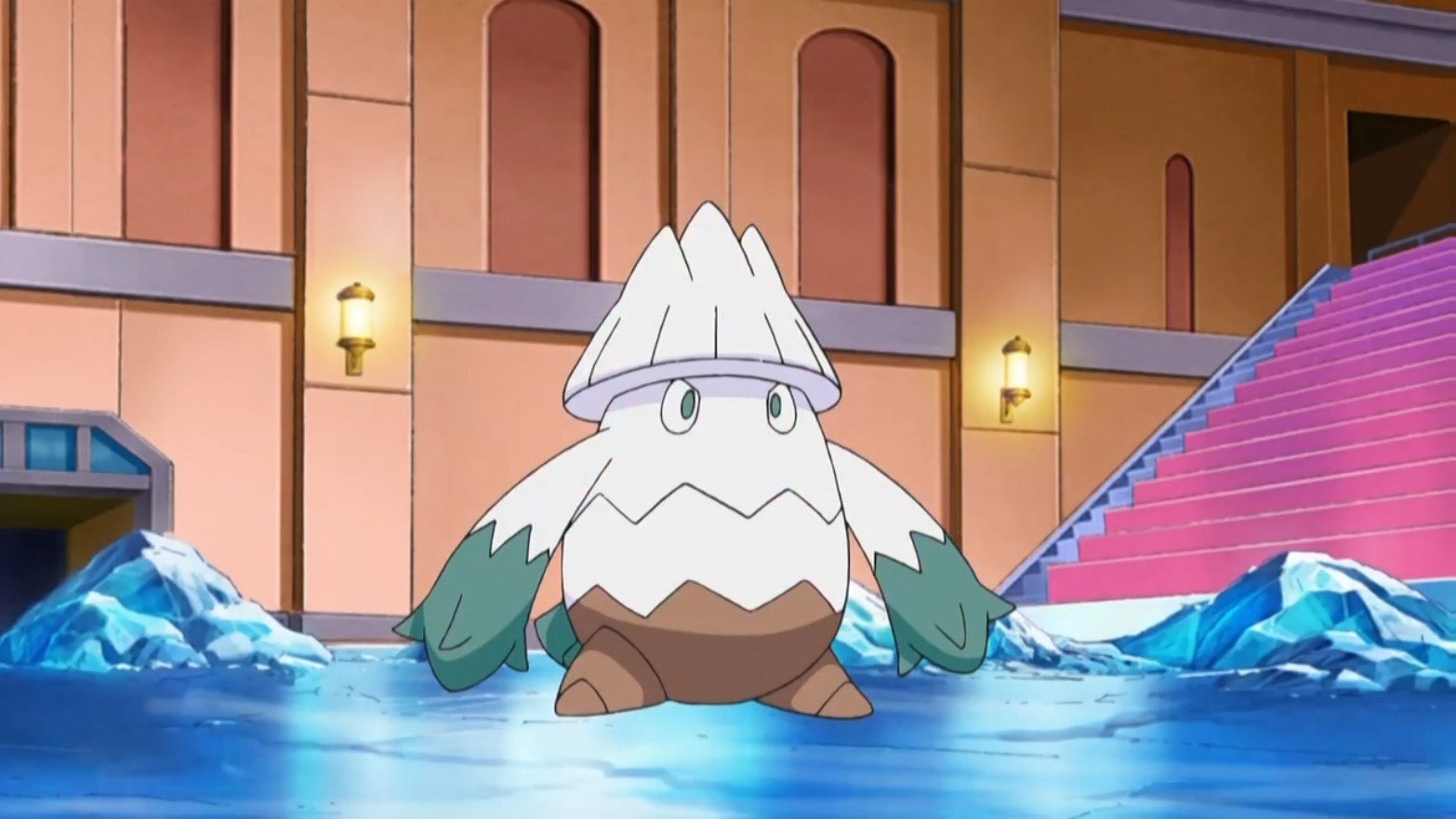 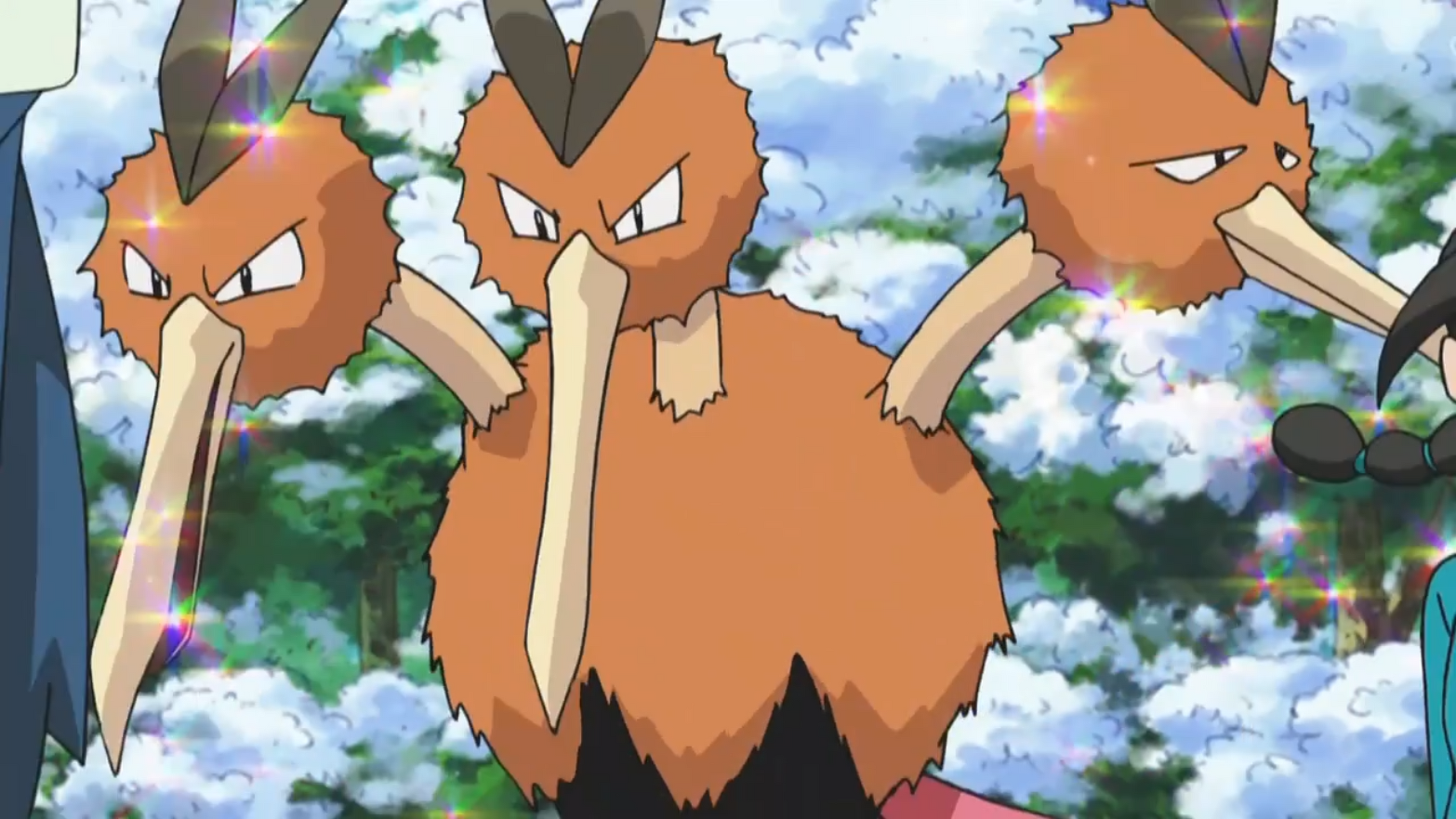 Retrieved from "https://pokemon.fandom.com/wiki/Candice_(anime)?oldid=1374322"
Community content is available under CC-BY-SA unless otherwise noted.