Camilla in other languages

Camilla is a character that was discovered hidden in the files of Pokémon Masters. She was set to be the second rival to the player character, but she was never released and her files were eventually deleted for reasons unknown.

Camilla is a slim and fit young girl with tan skin, orange eyes, and slightly messy, short red hair that she keeps in place with a black headband. She wears a sporty and tomboyish outfit that consists of a black athletic top, matching black athletic shorts, and an orange and white long-sleeved jacket that's partially unzipped. On her feet, she wears athletic orange shoes with red Velcro fasteners and white X shapes. To complete her outfit, she wears a dark red wristband on her right wrist and carries around an orange, red, and white bag with a black, white, and red strap. She also has a white bandage over her left knee, matching her tomboyish and athletic appearance. 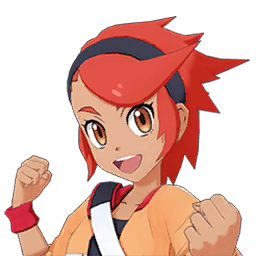 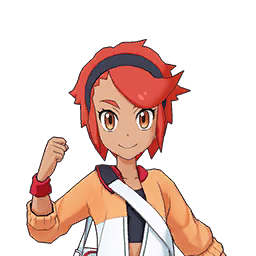 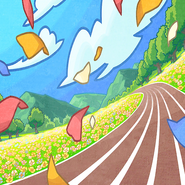 The background for Camilla's Sync Move, indicating that she may have done track and field
Community content is available under CC-BY-SA unless otherwise noted.
Advertisement