Undiscovered
Calyrex (バドレックス, Badorekkusu) is a psychic/grass-type Legendary Pokémon introduced in Generation VIII. It is the mascot of Crown Tundra.

Calyrex is a bipedal, mammalian Pokémon that resembles a hare. Its main body is light gray with a round torso, and it has long white legs with no visible digits. Its arms are also short with white tips and no visible digits. Calyrex also has four long ears with white tips that hold up its large brain (which is green with a light purple top), and around its neck are smaller features similar to its brain, with the smallest one in the front and the largest one in the back. Its long face has a white underside, half-closed purple eyes, and a black triangular nose. It also has four purple insect-like wings, which slightly gives off the impression of a royal cape.

As an Ice Rider or a Shadow Rider, Calyrex's crown is slightly lighter, and its cape becomes longer and gains a cream color layer on top.

Calyrex used to rule all of Galar in ancient times. It is very intelligent and its brain is very large. It is said to be merciless in battle, but will still heal its foes' wounds.

Calyrex has the power to envision the events of all three phases of time, namely past, present and future, and even saved a forest using this ability from a meteor. It can also communicate with humans by overtaking someone else's body, like Peony's, but can use telepathy when at full power. It is also rather graceful despite its frail appearance.

In the past, Calyrex's right hand could cause areas to be flowing with plants, and its left could speed up ripening. It could also grow Iceroot/Shaderoot Carrots by dancing near a field their seeds were planted. It was also able to create radiant flowers, which can be used to create the Reins of Unity it uses to tame its steed.

Calyrex can also give blessings and heal, as well as move entire forests (and its residents). While mounted, it can give life to wastelands by encouraging plant growth. It is at full power if it is in its alternate forms, and gets weaker after being forgotten by people and losing its steed.

Calyrex does not evolve.

Calyrex appears to be based on an arctic hare with a crown. It also seems to be based on Celtic deities such as Cernunnos, which just like Calyrex, was worshipped as a god of vegetation and fertility. Its large, upward-pointing ears also slightly resemble horns, which may make the fictional jackalope a possible inspiration.

The way it rides its mounts is a reference to cavalry, soldiers who fight on horseback. It may also draw inspiration from the Wild Hunt. Given As One's Japanese name, its forms may be inspired by the Japanese phrase 人馬一体 (rider and horse as one body). Tying into its possible taxidermy/jackapole inspirations, its mount forms may also be based on taxidermy creatures who are often considered fictional "fusions" of various animals. Most of these taxidermy creations involve aspects of rabbits or hares, an animal Calyrex is based on. With Spectrier and Glastrier possibly being based on the knight pieces in chess (which resemble horses), it's possible Clayrex could represent a king or queen piece.

Calyrex comes from "calyx" and "rex", which mean "bud" and "king" in Latin, respectively. It may also be a reference to a breed of domestic rabbit called the rex, though Calyrex more resembles a hare than a rabbit appearance-wise.

Badorekkusu comes from "bud" and "rex". 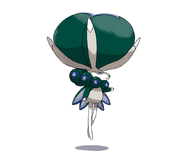 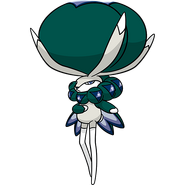 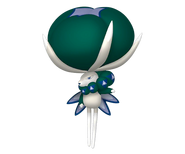 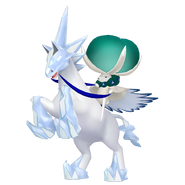 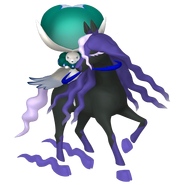 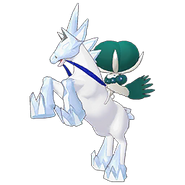 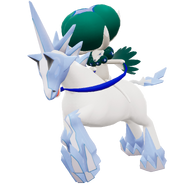 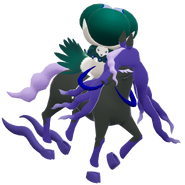