For the variant appearing in the games, see Caitlin.

Caitlin in other languages

Caitlin is a character appearing in Pokémon the Series: Black & White, who is a member of the Elite Four in the Unova region.

Caitlin appears as a girl with long, wavy, blonde/light brown hair and blue eyes. Caitlin appears to have matured greatly as seen by her face with long, wavy, blonde hair that now reach her feet. She wears a large, fluffy, pale pink hat atop her head. Her eyes are in the color of vivid blue and her skin is pale. She wears white clothes with long sleeves, a collar and a transparent pink cape. She also has a large white ribbon tied around her waist and a long skirt that is cut in the middle, resembling two flower petals. In addition, she wears a long skirt with a dark shade of pink and matching-colored wedges heels with brown soles. Caitlin is usually seen with a drowsy and calm face.

Caitlin is a calm woman, who battles with gracefulness. Cynthia apparently knew Caitlin was somewhat a fragile girl, who had grown into an upstanding Trainer. Caitlin also presents honor during the battle against her challenger.

Caitlin and Katorea may come from 'castle', as she was first introduced in the Battle Castle and castles are often associated with fantasy and magic.

Caitlin attended the Junior Cup Tournament, in which she battled the Sinnoh Champion, Cynthia, in an exhibition match. Caitlin expressed an honor to battle Cynthia, who had met Caitlin before. Caitlin sent Gothitelle against Cynthia's Garchomp in a 10-minute battle limit. Gothitelle confused Garchomp with Flatter, but Garchomp used Draco Meteor on Gothitelle, who countered the attack. Cynthia noticed Caitlin battles with courage, while Caitlin admitted "her old self" was gone. Before the two Pokémon could exchange attacks, the time was out. Caitlin and Cynthia shook hands and thanked each other for this fine battle.[1]

Caitlin also watched the finals of the Tournament, where Alder fought Trip.[2] 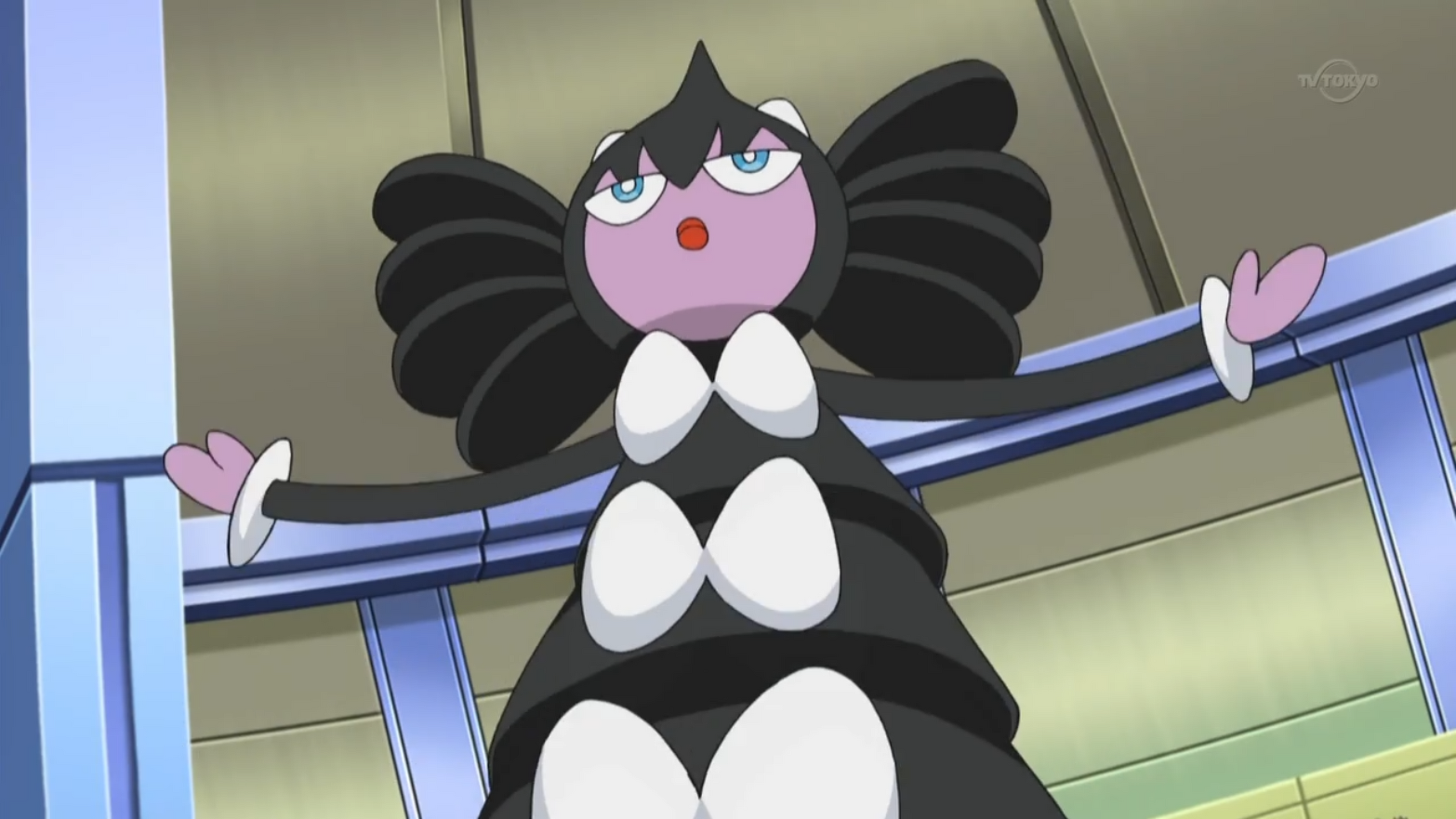