Burgundy is a character in the Black and White series, who is a C-class Pokémon Connoisseusse and Cilan's rival.

Burgundy is a slim girl with fair skin, curly dark purple hair cut into a bob, and lilac eyes. She wears a slightly masculine outfit that consists of a red blouse with four yellow buttons, a pale pink long-sleeved shirt with red cuffs and a red tie-like ribbon on the collar, slim-fit black pants, and dark red shoes with dark-colored socks underneath. She also occasionally carries around a brown backpack to store her items.

Burgundy can be somewhat of a brat, but she does mean well and loves her Pokémon dearly. Her ultimate goal is to become a great Connoisseuse as a result of her loss to Cilan. She also wishes to defeat him in order to obtain her revenge (though, the reason for her revenge is often blown out of proportion). She is shown not to take criticism very well on several different occasions — particularly criticism from Cilan.

Burgundy can also be slightly abrasive when it comes to her job; one example was when she told Ash to replace all of his Pokémon. Also, she can be too invasive with the Pokémon she evaluates, causing them to attack her. When speaking, she tends to use an array of French words and phrases (some of which are mispronounced), for it is her attempt to look elegant and graceful.

Although she pretends that she does not wish to learn anything from Cilan, Burgundy always pays the most attention to him when he begins to evaluate, as seen during the Club Battle tournament arc. Most of the time, Burgundy comments on the battles with Georgia during tournaments.

Burgundy challenged the Striaton Gym and battled Cilan with her Oshawott. Cilan's Pansage defeated Oshawott and as a result, Burgundy swore to get her revenge. Burgundy then went on to study to become a Connoisseur and went to re-challenge Cilan; however, she discovered that he had already begun traveling with Ash and Iris at this point. Burgundy decided to battle Chili instead and defeated his Pansear and won the Trio Badge.[1]

In a lavish newly opened Poké Mart located between Pinwheel Forest and Skyarrow Bridge, Burgundy was offering her services. She pulled Ash inside her stall after she spotted him standing in a long line waiting to see an S-Class Connoisseur. Burgundy told Ash to show her his Pokémon, but she found something wrong with all of them, prompting them all to attack her out of anger. Furious, she exclaimed that Ash is not compatible with any of his Pokémon and demanded that he replace them immediately. After Cilan and Iris interrupt to see what Ash was doing, Burgundy screamed, as she recognized Cilan. Cilan also recognized Burgundy, who explained what had happened after she lost to him. To prove her point Ash should change his team, as well as the point she was a better Connoisseur, Burgundy challenged Cilan to a two-on-two battle. She used her Dewott against Cilan's Dwebble. Despite the type disadvantage, Dwebble managed to protect itself against Dewott's attacks and endure Dewott's Water Pulse, then defeated it with Shell Smash and X-Scissor combo. Burgundy saw Cilan used a Pokémon with type disadvantage to teach her a lesson and sent a Sawsbuck against Cilan's Pansage. Sawsbuck attempted to attack Pansage, who dodged the attacks and defeated Sawsbuck with Solar Beam. With both of her Pokémon easily defeated by Cilan. Cilan pointed out Burgundy could be a good Connoisseur if she had more training. Burgundy claimed she did not need Cilan's lectures and she ran off, swearing to beat him next time.[1]

Burgundy registered for the Battle Club Tournament in Nimbasa Town. Upon encountering the heroes, she expressed her revenge towards Cilan. During the opening, Burgundy commented her battle would be easy, since she'd face Ash. In their battle, Burgundy sent Stoutland against Ash's Palpitoad, though Burgundy still claimed Ash had to change his team. Stoutland managed to freeze Palpitoad by using Ice Fang, though Palpitoad shattered the ice by using Supersonic. Stoutland attempted to use Fire Fang, but Palpitoad used Mud Shot, causing Stoutland's mouth to be filled with dirt. Using Hydro Pump, Palpitoad attacked Stoutland, who fainted, thus making Burgundy defeated.[2] Despite her loss, Burgundy continued watching the battles, anticipating Cilan's loss. Seeing Cilan won his battle against Trip, Burgundy was even more frustrated. After the heroes had dinner and went to their room, Burgundy visited them, expressing her desire to witness Cilan's loss. This just made the heroes wonder if Burgundy would stop with these speeches.[3]

Burgundy continued to watch the battles. Seeing Cilan fed Ash's Snivy with his homemade Pokémon food, Burgundy commented it was a tragedy Cilan fed other people's Pokémon with "terrible food". Later on, Burgundy was pleased to see Cilan being defeated by Luke. She continued watching and commented negatively, thinking Iris and Ash were lucky enough to win the rounds.[4] For the tournament's finale, Burgundy challenged Cilan for a Connoisseur showdown, by commenting on the battle, with Stephan being the judge. During Ash's battle with Iris, Burgundy claimed they should have the same heat during their showdown; Cilan disagreed, for their emotions may carry themselves too much to make an improper evaluation. Stephan declared Cilan as the winner of this showdown, causing Burgundy to yell at him, but saw Cilan's evaluation was impressive. At the end of the tournament, Burgundy still showed rivalry towards Cilan and left.[5]

Burgundy signed in the Clubsplosion, wanting to battle against Cilan. Cilan asked if Burgundy did become a better Connoisseur. This ashamed Burgundy, who claimed she had an intense training instead. Burgundy was impressed by the vitamin drinks and thought she could have her attention towards those drinks, but Georgia angered her, claiming she couldn't be a worse Connoisseur than she is now. Burgundy learned she'll battle Iris at the first round. Watching Cilan's battle, Burgundy urged Cilan not to lose, else they wouldn't have their battle, but regretted saying those words during Cilan's victory. During her battle, Burgundy sent Dewott against Iris' Excadrill. Cilan anticipated Burgundy's evaluations, annoying Burgundy, as the battle began.[6] Burgundy claimed Iris was just an obstacle in her path to defeat Cilan. Dewott managed to hit Excadrill with Water Pulse, who attempted to use Dig. Burgundy had Dewott use scalchops to block Excadrill's Drill Run, but failed. Instead, Dewott used Revenge, dealing a lot of damage. Excadrill attacked with Focus Blast and hit Dewott, who attempted to block the attack with Ice Beam. With Drill Run, Excadrill defeated Dewott. Burgundy was displeased about her loss, while Cilan, thinking Burgundy fought valiantly, sensed Burgundy required something else as well to win. Burgundy simply replied she will defeat Cilan the next time she met him. Burgundy stayed to watch the following battles with Georgia.[7]

Burgundy wanted to get into Mr. Hatterly's mansion so she could help his daughter, Marigold, pick out her first Pokémon. Since she was only a C-class Connoisseuse, she was denied access and was infuriated that Cilan was allowed in. It didn't stop her and she managed to sneak in disguised as an S-class Connoisseur named "Fogundy". Burgundy wanted to prove herself, claiming Lillipup should be Marigold's first Pokémon, because it smelled just like her. Mr. Hatterly pointed out he only bathed Lillipup with Marigold's shampoo, so Cilan and Mr. Hatterly saw this Connoisseur was a fraud. Lillipup managed to snatch Burgundy's badge, proving she was a C-class and was soon sent out of the mansion. Later, she snuck in again to watch the battle between Cilan and Ricard Nouveau but was sent "blasting off" when Crustle's Rock Wrecker strayed and hit her.[10]

Burgundy came to Lacunosa Town to participate in the Junior Cup tournament. There, she encountered Cilan and claimed she will defeat him this time. Burgundy also noticed Dawn, who admitted she was Cilan's friend. Burgundy claimed Dawn's ears will fall off due to Cilan's boring evaluations, making Dawn see Burgundy is a quite annoying person. In the first round, Burgundy faced Trip and his Serperior. Serperior frightened Darmanitan with Leer and then finished it off with Solar Beam. This made Burgundy sad and left Ash shocked that Trip won the battle so easily and quickly.[11] Burgundy continued watching the tournament. Hearing Georgia's wish that Iris won't lose to anyone but Georgia, Burgundy thought Georgia was supporting Iris, but Georgia denied that. Georgia claimed Burgundy would be a better Connoisseur if she looked up to Cilan, which enraged Burgundy. While Cilan was battling Horatio, Georgia was feeling Burgundy wouldn't evaluate the battle because she'd think of Burgundy would scold her. Burgundy brushed her off, proving Georgia's point. Seeing Iris was to battle Dawn, Burgundy wondered why Dragonite just would not dodge the attacks. Burgundy saw Iris had won the battle, but Georgia corrected her, claiming it was Dragonite who won the battle. Watching Cilan being defeated at the hands of Trip, Burgundy was disgusted by the fact Cilan claimed to be an A-Class Connoisseur to be defeated like that.[12]

Watching the semi-finals, Burgundy commented Dragonite controlled Iris, rather than the other way around, thinking they got off to a bad start. With Ash managing to defeat Iris, Burgundy and Georgia scolded Iris for not being able to control Dragonite.[13] After watching Alder's battle against Trip, Burgundy was glad to see Trip lost, since he did defeat her early on. Burgundy was pleased about the battles she watched and departed off, promising she would defeat Cilan one day.[14]

Looking at the battlefield of the Unova League one last time, Ash remembered his adventures that led him to this place, including Cilan's rival, Burgundy.[15]

During his battle with Morana, Cilan remembered battling Burgundy.[16]

Burgundy was seen in the Best Wishes! ending theme. After Bianca spoke to Burgundy through the X-Transceiver, Burgundy yelled at her, since she continued her studies to become a S-Rank Connoisseuse. 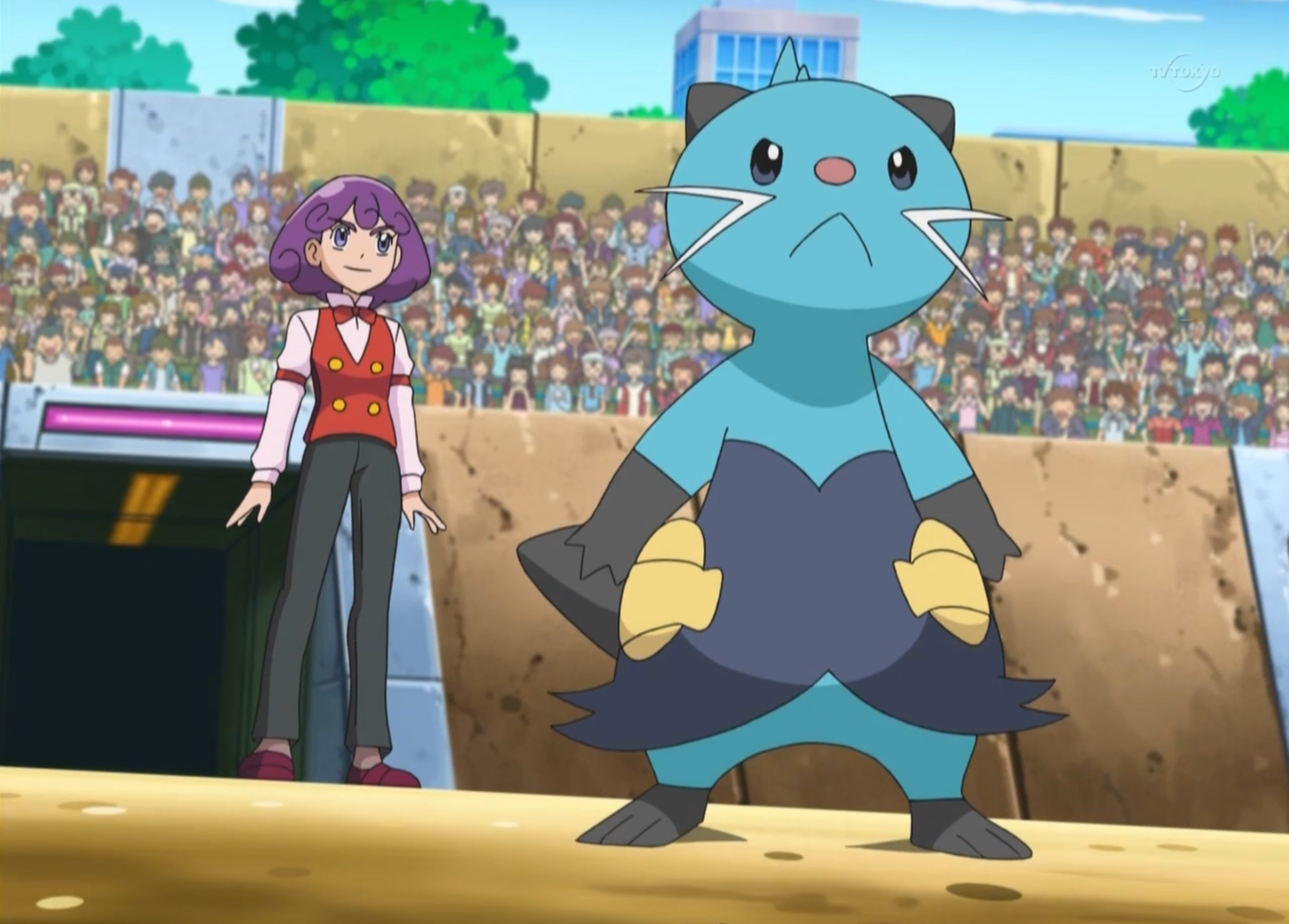 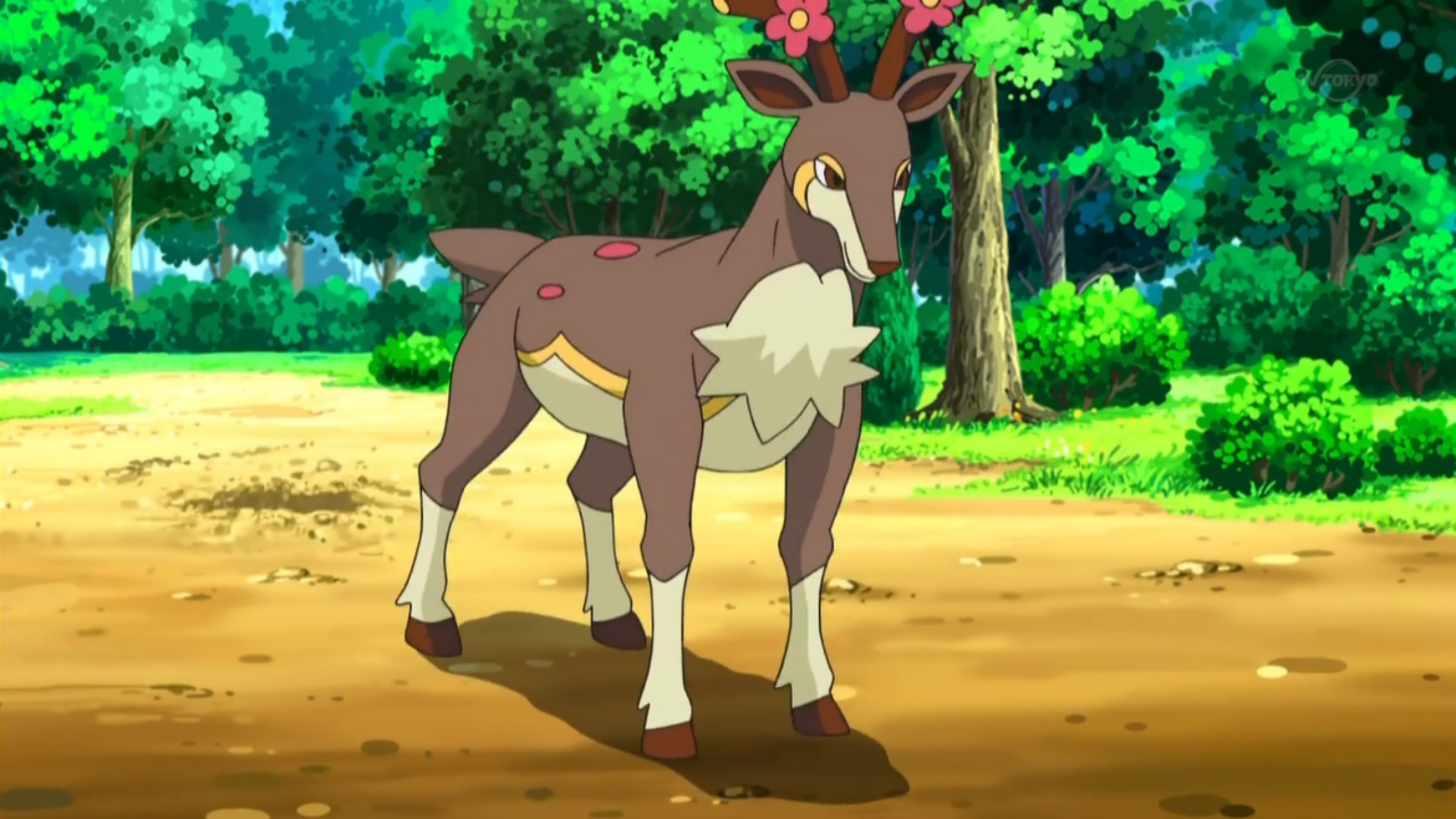 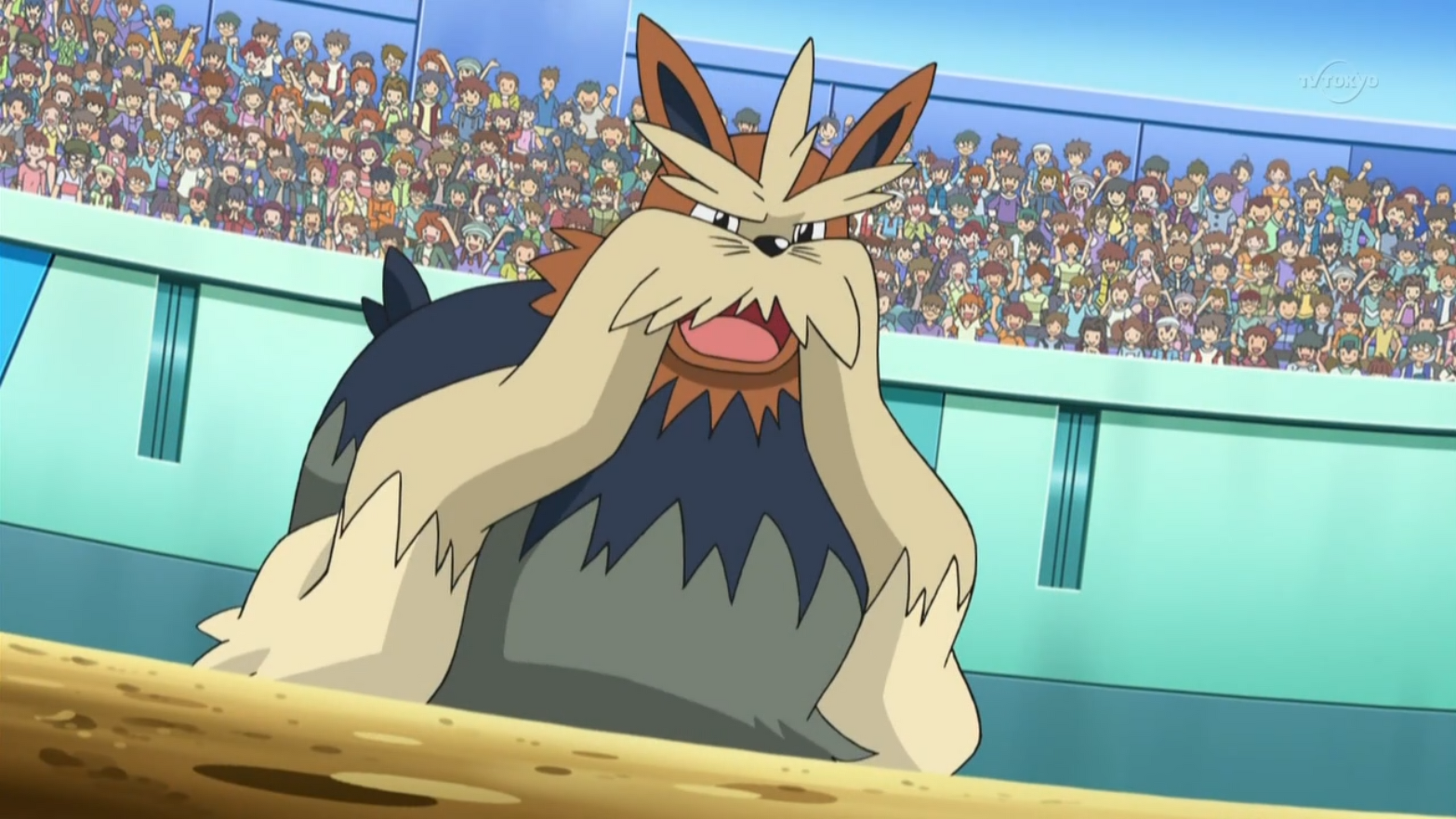 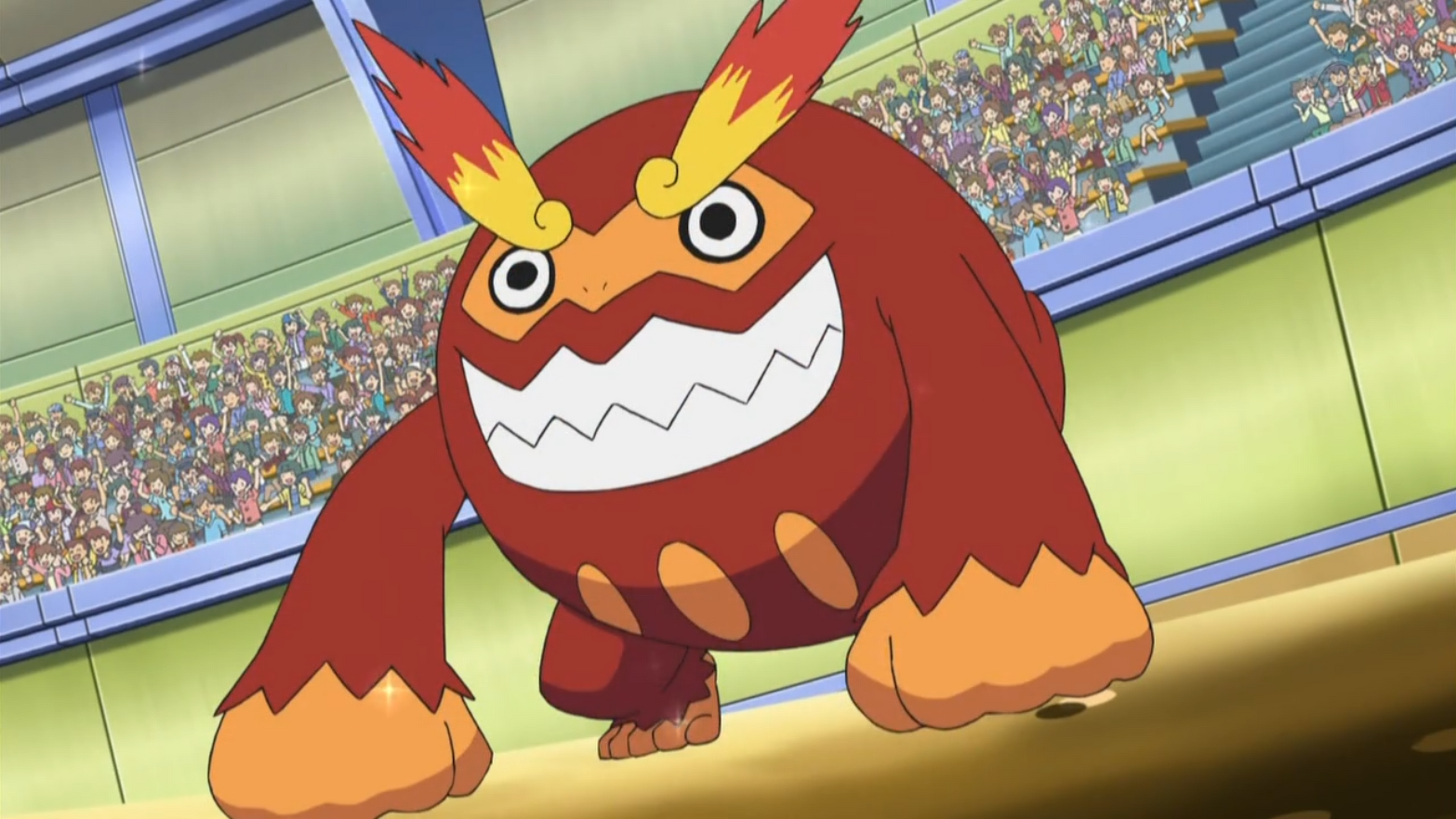