Buizel is a weasel/river otter-like Pokémon, with some traits that make it look less like an ordinary weasel (or a river otter). Buizel has brownish-orange and bright yellow fur. It also has two tufts pointed away in the back of its head and has blue fins on the sides of its arms to use for swimming. Buizel's mouth, stomach and the two small oval-shaped spots above its eyes are bright yellow, and four other oval-shaped spots are black and located on the sides on its cheeks. It has three fingers on its fore-paws, two fangs in its mouth, also short hind legs and long three-toed feet. Buizel has bright yellow paw pads undersides on its fore-paws and feet. Buizel floats in water by inflating the flotation ring around its neck and deflates the ring when it needs to dive. It swims by corkscrewing its two tails, which helps keep it on top of the water.

Buizel live in fast-moving rivers. Although Buizel can hold their breaths for long periods of time, they must still surface to breathe. They inflate their sacs to keep their heads afloat as they scan for prey. They are primarily piscine, though they will also feed on bivalves as well.

Young Buizel are very playful, as they can often be seen splashing together in the water. They outgrow this behavior as they age, but still remain very friendly.

On land, though not as agile as they are in the water, Buizel are still relatively fast, as they will sometimes venture onto shore should their sacs become damaged. They wrap their tails around reeds when sleeping to stay anchored.

The collars around Buizel's necks are actually adjustable, air-filled flotation sacs. When inflated, they let Buizel rest with their heads above water, allowing them to sleep without the fear of drowning.

Buizel evolves into Floatzel at level 26.

Buizel made its appearance when it is found training by itself in the wild next to a waterfall. Ash had attempted to catch it, but he failed. However, Dawn caught it the second time. Buizel is not fond of Dawn at first, and it refused to obey Dawn's commands and chose to use its moves on its own.

When Ash is battling with the Veilstone Gym Leader, Maylene, he uses Buizel to battle with Maylene's Lucario. The battle was extraordinary, because just then Buizel learns a new move called Water Pulse. When Lucario attacks with Aura Sphere, it hits Buizel's Water Pulse and it blasts off the roof of the battlefield, causing it to rain. Because Buizel have the special ability Swift Swim, it moves swiftly to attack Lucario. In the end, both Buizel and Lucario fall and the battle was considered a draw. Ash earns his Cobble Badge.

It is based on a river otter or a weasel.

Buizel comes from buoy and weasel. 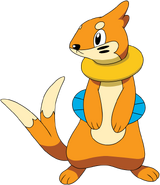 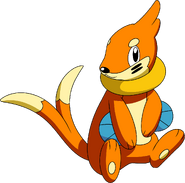 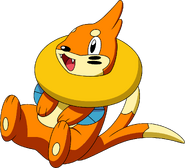 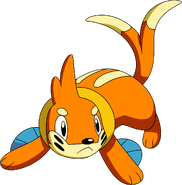 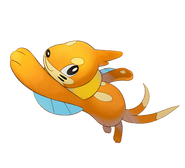 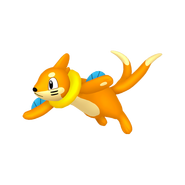 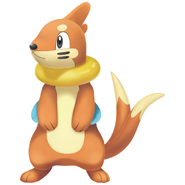 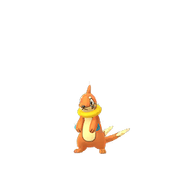