For the variant appearing in the games, see Bugsy.

Bugsy's appearance in HeartGold & SoulSilver arc, and in Crystal arc.

ツクシ Tsukushi
Bugsy
Bugsy is a character appearing in Pokémon Adventures, who is the Gym Leader of Azalea Town in the Johto region.

Bugsy is an androgynous-looking boy with purple hair and purple eyes. He is sometimes seen with a net. Bugsy wears green shorts, suspended by a belt and has brown dress shoes.

His shirt has different shades of green and wears a neckerchief, and he wears yellow-striped knee socks.

Bugsy first appeared at the Ruins of Alph, where he was fervently searching for clues pertaining to his missing research team. It was there that Bugsy met Gold, whereupon he was mistakenly identified as a girl. Bugsy corrected Gold, revealing that he was in fact a boy. When Gold heard voices emanating from behind one of the stone columns, he had his Exbo burn it down, as Bugsy berated his careless nature. When Bugsy and Gold examined the ruins, he revealed that the chamber once held a mysterious symbol Pokémon. Bugsy was ecstatic about this discovery, as Team Rocket intervened. He was surprised that Team Rocket was there, as he initially thought they had been disbanded. When Gold got tied up by the grunts, he told his Sunkern to use its Flash attack, which resulted in both the Grunts and Bugsy getting blinded. As the Rocket Grunts were temporarily incapacitated, the Unown emerged from the symbols on the wall, pursuing Bugsy and Gold. As the two ran through the labyrinthine passageways, Bugsy heard voices from within the wall calling for help. However, they found themselves trapped from both sides by the Unown and Team Rocket, who closed in. Gold managed to defeat the Grunts with assistance from his Exbo's Smokescreen, as Bugsy's research team members were all accounted for. Bugsy thanked Gold for his assistance, proclaiming that he would investigate the Unown and the Ruins of Alph further.[1]

Eventually, he returned to Azalea Town. He was surprised to see more Team Rocket grunts, all of who were defeated. He asked Gold if he defeated them, but Gold denied that.[2]

Professor Elm explained to Gold he researched the metal particles Gold's Aibo had when it scratched Masked Man's mask. Elm found out the mask was made of the material the Gym Badges are made of, including Bugsy's Hive Badge.[3]

Later, Suicune arrived at the Ruins of Alph, observing Bugsy's movements. The Unown visibly reacted to Suicune's presence, forcing Bugsy to capture one with his net. Whilst walking through the Ruins, Bugsy noticed a shadow lurking through the Ruins, promptly pursuing it. As Suicune made its escape, Bugsy noticed an Unown inscription on the wall, reading "Escape Rope". Suddenly, the rock faced before him collapses, as Suicune began to attack Bugsy. Bugsy retaliated with his Heracross, who was effortlessly hurled to the ceiling. He then used his signature Pokémon-capturing net, enveloping Suicune. Bugsy believed that he successfully captured Suicune, but it broke free in a tremendous beam of light which enveloped him. As the light recedes, Bugsy stared off into the distance, watching Suicune gallop away. He then noticed that the Unown formations have again changed, this time reading "Ho-Oh".[4] The tale was told by the Pokémon Association director, who believed Suicune would come to Mahogany Town and challenge its Gym Leader, Pryce.[5]

Bugsy came to the Indigo Plateau, where he and Heracross participated in the Gym Leaders' tournament. There, he pulled out an apricot and was chosen to battle against Sabrina.[6] Bugsy took his seat and watched Brock battle Jasmine.[7] He also noted how Janine's Grimer became smaller, due to Minimize, during her battle against Falkner.[8]

Before his battle against Sabrina, Bugsy was given a net by Kurt and Maizie, which would allow him to capture a Pokémon instantly, though the Poké Ball on the net. Bugsy was pleased and greeted Sabrina, who dismissed him. Later, the two faced each other on the battlefield. Sabrina sent Mr. Mime, while Bugsy his Scyther. While Scyther managed to do a lot of damage with Fury Cutter, Mr. Mime started evading the attacks. Bugsy swapped Scyther with Heracross, who started using Megahorn. Despite this, Sabrina was still calm and had Mr. Mime use Confusion. Heracross endured the attack and went to attack, but bumped into an invisible wall. Bugsy was shocked and was explained Sabrina's Mr. Mime had the power to create the room from thin air. Bugsy was frustrated and had Heracross use Take Down, but Heracross couldn't stop using Endure, since Mr. Mime managed to affect it with Encore. With a Psybeam, Heracross was defeated, while Sabrina walked away, stating the barrier let Mr. Mime protect itself from taking further damage.[9] Bugsy's battle against Sabrina was remembered by Crystal. She used Sabrina's room tactic in the Battle Frontier, to let Ruby, Sapphire and Emerald train in safety.[10] Since Blaine was absent, Clair's battle was postponed and Bugsy watched Pryce battling Erika.[11]

Due to Team Rocket having infiltrated into the Indigo Plateau, Bugsy battled the grunts. He and the Gym Leaders went into the train, which locked them all in and rode away.[12] Bugsy fought against Team Rocket forces inside the train. He was surprised the train was returning, for Lt. Surge had a Pokémon, who had enough power to change the direction of the train.[13] Eventually, he, Morty, Whitney and Falkner returned to the ruins of the Indigo League, where they found the Pokémon Association director.[14] There, Bugsy heard as Morty and Whitney confirmed Pryce was the Masked Man, the mastermind behind the operation.[15] Bugsy was surprised and was told Pryce tapped his cane to command his Pokémon in battle, while the cane had the Pokégear to allow Pryce to control the dummy at the Tin Tower.[16]

In the end, Bugsy returned to his Gym, where he was challenged by other trainers, who wanted to obtain his badge to enter the Pokémon League.[17]

Per Morty's request, Chuck, Falkner and Bugsy gathered to Ecruteak City's Gym. There, the trio called Morty that they were protecting the Gym from any suspicious people.[18] The trio encountered Silver, who wanted to enter the Gym. They suspected him to be a thug, and sent their Pokémon to attack. Silver's Weavile attacked Noctowl and Kakuna, while Chuck had Hitmonlee attack Silver. Silver sent Rhyperior, who clashed with Hitmonlee, but the two stopped. Falkner realized that Hitmontop knew Rhyperior already. Silver described that Blue gave him Rhydon, who had the Protector and evolved into Rhyperior. Bugsy noted that Rhyperior and Hitmontop fought at the Gym Leaders tournament. Chuck noted that Blue approved of Silver, and let him inside the Gym.[19] Falkner and Noctowl were at the Gym when Arceus arrived. Arceus emitted a giant blast that blew Falkner and Noctowl away, knocking them unconscious.[20] Before Silver left Morty, he returned the Gym Badges he stole from Gym Leaders, including Bugsy's Hive Badge.[21]

Bugsy woke up, and saw Gold, as they were on his Exbo. Gold welcomed him as they were chasing Arceus. Thus, Gold didn't have the time to see what Morty drew for him from his vision, and had Bugsy look at it. Bugsy noted the picture represented the Ruins of Alph, where he had been studying the Unown. Since they were at Route 36, Bugsy and Gold went to the adjacent Ruins of Alph. Bugsy was looking for the specific part of the wall when Gold encountered Lance. However, Arceus was descending down, and Bugsy warned Gold of it. Bugsy remained behind, and Lance told him the story of the trainer and the Pokémon that went to a Legendary Pokémon, crossing ten obstacles to obtain the info about a cure to an illness. Bugsy admitted he was more interested in Arceus, or the Legendary Pokémon from the story. To help Gold out, Lance went on Dragonite away, as he told Bugsy he had to go somewhere else to settle this threat.[22] 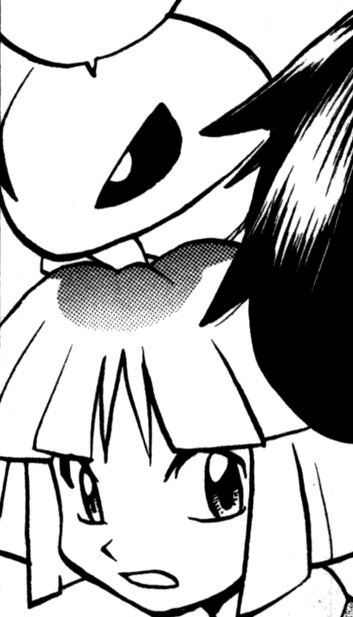 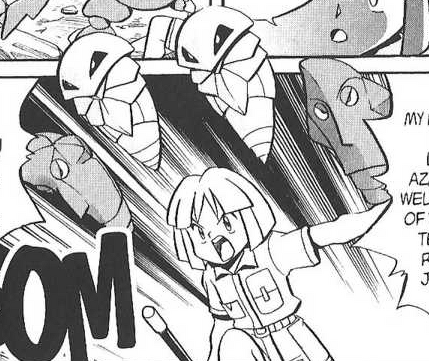 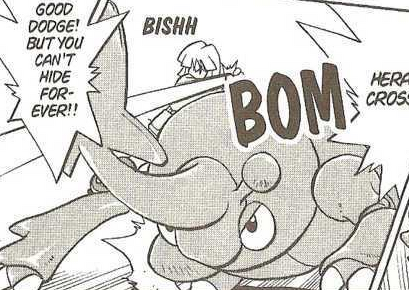 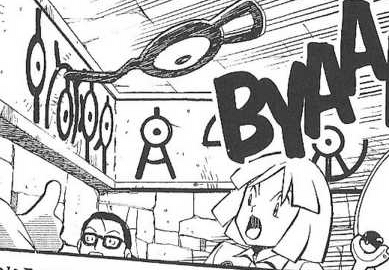 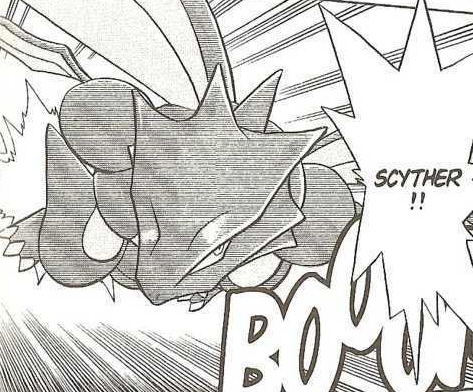 Suicune watches Bugsy at the Ruins of Alph.

Bugsy temporarily ensnares Suicune in his capture net.
Add a photo to this gallery

Retrieved from "https://pokemon.fandom.com/wiki/Bugsy_(Adventures)?oldid=1421910"
Community content is available under CC-BY-SA unless otherwise noted.