For the variant appearing in the games, see Bryony.

バラ Bara
Bryony
Bryony is a character appearing in Pokémon Adventures, who is a scientist for Team Flare.

Bryony has short green hair and green lipstick on. She wears advanced green goggles on her eyes, a green tie, an orange suit with a belt with the Team Flare logo on it, a pair of orange gloves and two high orange boots with black curls.

Bryony, despite looking like a cold person, actually cares a bit for her teammates and praises them for tough, successful work. Bryony is also quite knowledgeable, having read many books - a trait shared by Ramos, the Gym Leader of Coumarine City. Still, her ruthlessness is widely-known among the ranks of Team Flare.

Bryony was first seen watching the battle of Xerneas and Yveltal in Vaniville Town with other members of Team Flare.[1] Once Aliana and Mable returned to the base Bryony accused them of failure in capturing the Mega Ring.[2] After meeting up with Malva, Celosia promised to work with her Aegislash and Bryony to move the Ultimate Weapon, knowing Bryony was quite ruthless.[3]

Later on, Bryony had sent Bisharp to intimidate Aliana and Mable to go to their stations. Bryony had Bisharp knocked Celosia and praised Celosia for her hard work, having managed to transport the Xerneas tree and recover a Key Stone. After having Celosia rest, she let X in, thinking he will regret the decision of invading Team Flare's headquarters. Bryony left the headquarters and flew up, watching for any intruders that dare come into Geosenge Town. Bryony also anticipated the blast from the Ultimate Weapon, knowing all Kalos will be destroyed, allowing harmony to rise up from the ashes.[4]

Bryony watched as the Ultimate Weapon was blooming and charging itself. She also noticed the Gym Leaders and the children from Vaniville Town arriving, trying to stop the Ultimate Weapon's activation. Bryony doubted they would succeed in their mission, their efforts fruitless.[5] Noticing the Gym Leaders and their Pokémon were standing in mid-air, Bryony recalled sections from the Pokémon Battle Encyclopedia. Bryony had Bisharp attack Valerie's Mr. Mime, who used its power to allow other Pokémon levitate in mid-air. Ramos faced Bryony, who was aware Ramos read the same book as she did. Bryony expressed a shame Ramos was a Gym Leader, rather than on her side. Ramos felt the same, but felt the Ultimate Weapon had to be stopped from being activated, claiming certain flowers should not be tended to. Bryony disagreed and had Bisharp attack, but was hit by Ramos' Gogoat's Horn Leech. Bryony noticed Tierno, Shauna and Trevor trying to go through the incinerator room to enter the headquarters. Bryony called Bisharp back and tried to attack the children, who were pulled to the incinerator by Clemont, who was there.[6]

Bryony was glad the Ultimate Weapon fired and ordered her grunts to investigate and report back the damage they caused, claiming they paid 5 million dollars for the suits to protect them. Y was enraged to hear Team Flare only served the rich people. Bryony claimed the rich would carve their own destiny, but was even more shocked by the fact Y was even alive. Starting to doubt her calculations, Bryony called Xerosic and was explained what their plan had failed. Y sent Rhyhorn to attack Bryony's Bisharp. Just then, Xerneas appeared with Y's friends. X reported he heard Xerneas talking, through telepathy, it was seeking a new trainer. Y was glad to hear this, but Bryony immediately threw her Poké Ball to catch Xerneas. Xerneas deflected the Ball with its horns, but Bryony was aware Xerneas would power their next plans. Y befriended Xerneas, who blasted off the grunts and Bryony, the latter being carried by Aliana and Mable.[7]

Diantha told Blue she was aware Bryony was an admin of Team Flare, but could not determine who Essentia really was.[8] Bryony, along with the other scientists, was modifying the Poké Balls Team Flare stole from the Poké Ball factory.[9] Bryony was with Xerosic, as they gazed at the stones at Menhir Trail. She recalled a scientist told them the stones emitted a strange energy, which confirmed the stones could work as an absorber for the Ultimate Weapon.[10] Once their task was over, the four scientists joined together to help Xerosic defeat the children. Since the children improved their teamwork, the scientists decided to abandon their rivalry and to show their teamwork by crushing their enemies they underestimated so far.[11]

Bryony took Trevor away and intimdated him, who was to face Bryony. Bryony exclaimed this time, she and others wouldn't let the children nor the Watcher interfere with their plans. Trevor had an insight that Team Flare wanted to reactivate the Ultimate Weapon. Bryony's Bisharp went to attack, but was burnt by X's Mega Charizard.[12] Y went to find Tierno and Shauna, but Aliana and Bryony blocked her path once more. Since X needed help, Y went to the Pokémon Village, with Trevor taking her place to battle the two scientists.[13] Bryony had her Bisharp slash trees to reach Trevor, who was hiding. Trevor accidentally stepped on a twig, alerting Bisharp. However, Trevor was protected by Croaky, who used Mat Block to prevent the attack.[14] Bryony saw a figure of Trevor and had Bisharp slash him. However, it was but a dummy made from frubbles. Trevor had Greninja use Water Shuriken, empowered by Floette's Fairy Wind, which defeated Bryony and Bisharp, knocking them on the ground.[15] 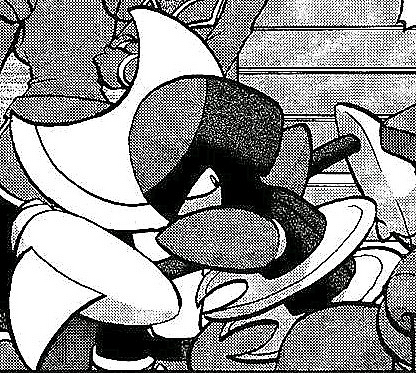 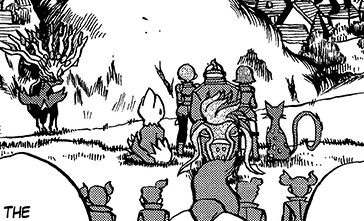 Retrieved from "https://pokemon.fandom.com/wiki/Bryony_(Adventures)?oldid=1415580"
Community content is available under CC-BY-SA unless otherwise noted.