For the variant appearing in the games, see Bronius.

The Case of the Missing Pokémon

スムラ Sumura
Bronius
Bronius is a character in Pokémon Adventures.

Bronius had long gray hair and a mustache. He was dressed in a long brown robe with a Team Plasma insignia and a matching tall cap.

Gorm is one of the Seven Sages that was loyal to Ghetsis, scoffing at people for owning Pokémon. After Team Plasma went into hiding, due to their failed operations at the Pokémon League, Rood remained with Ghetsis to restore their plans. Bronius scoffs at Gyms, thinking they were the "root of all evil".

Bronius was one of the Sages that stood by Ghetsis and claimed the Pokémon were enslaved by humans. To free the Pokémon from humans, Ghetsis sent Bronius to spread the propaganda of Team Plasma to the citizens.[1]

In a castle, Bronius and the rest of the sages watched as Ghetsis was crowning N, declaring him as the king of Team Plasma, and announce their mission to liberate Pokémon.[2]

The Seven Sages started to rise in power in Unova region. The Interpol took note of their shady activities, and sent Looker from Sinnoh to deal with the situation.[3]

Bronius and the rest of the sages listened to the Shadow Triad's report on N. Ghetsis mused that N was trying to solve an unsolvable formula.[4]

Bronius appeared in a Team Plasma hideout in front of the Castelia City Gym. Black discovered that grunts had been kidnapping various Pokémon, including the Litwick of his friend, Bianca. Using Musha, Black found the that hideout, Bronius referred to the Gym as "the root of the human evil". He scolded his grunts, as they left evidence in the streets that led to the group invading their stronghold. Black asked Bronius what good they saw in a Pokémon being liberated by attacking its trainer. Bronius claimed heroes were misunderstood, and told Black that Team Plasma intended to bring "the hero and the black lightning bolt" to Unova. He then escaped with his grunts.[5] After Black encountered Clay, who spoke about the black dragon, Black remembered Bronius having spoken the same thing. Clay, however, added that the Dark Stone he found was in fact Zekrom, but sealed.[6]

When Black encountered Burgh and the rest of the Gym Leaders, Burgh admitted his frustration when he, Iris, Black and White had found Bronius' stronghold across his Gym.[7] With the recent incidents of Team Plasma, Black swore to defeat the whole organization, as they were threatening the Pokémon League's opening in question.[8] The Seven Sages, as well as Anthea and Concordia, watched as N struggled to befriend Zekrom. The Seven Sages were concerned, as Zekrom inflicted pain on their king, but Ghetsis reminded N had to do this on his own, in order to be recognized as a hero. The other sages were sad, thinking ordinary trainers would capture Zekrom and think of it as their servant, and was why they thought of their goal to liberate Pokémon as noble.[9]

Rood, Ryoku, Gorm, Bronius and Giallo were below the Pokémon League, making preparations when Brycen confronted them. The latter had Cryogonal emit the ice chain, but the Plasma Sages held Hawes, thus preventing Brycen from attacking. Once Brycen was disposed of, the Plasma Sages gathered with Ghetsis when N's Castle emerged from the ground. They were surprised, however, when seven trainers - Logan, Andy, Chris, Trish, Shoku, Jeremy and Geoff - arrived to confront them.[10] As Reshiram confronted Zekrom, the spectators cheered on, wondering which dragon would win. The Seven Sages were disappointed in these people, viewing the confrontation as a mere battle. To prevent the trainers from rescuing the Gym Leaders, the sages sent their Pokémon to battle them.[11]

The Team Plasma sages were in shock as to how the trainers even reached this place, who exclaimed it was their ideal to live together with their Pokémon, and sharing their dreams with them. The trainers successfully released the Gym Leaders, shocking the sages, as mere commoners have outsmarted them. In the middle of the battle, the sages disappeared from the field.[12]

When speaking to Blake, Leo remembered the Seven Sages that caused trouble during the Unova Pokémon League.[13]

As he took a ship to Castelia City, Blake spoke to Looker, telling their next mission would be to capture Bronius and Ryoku, who were spotted in the city.[14] Bronius and Ryoku were at the sewers of Castelia City. Roxie, Hugh, Blake and Whitley went to battle Team Plasma forces, but the sages had the grunts have their Muk fire sludge at the trainers.[15] Blake managed to find a way to defeat the Team Plasma sages and asked of Looker to send them to the police. However, he felt these forces were a distraction, which made Bronius and Ryoku impressed by his observation. Blake also felt a cold air coming from a passage, which made Ryoku and Bronius remark how "the leader's goal has been fulfilled".[16] Finding out Whitley was the Team Plasma grunt he has been searching for, Blake explained one of his missions was to capture the Team Plasma sages, including Bronius.[17] When Rood spoke to Hugh about the divergence in the Team Plasma organization, the latter remembered Bronius and Ryoku, who were supported by grunts wearing black outfits instead of white ones.[18] 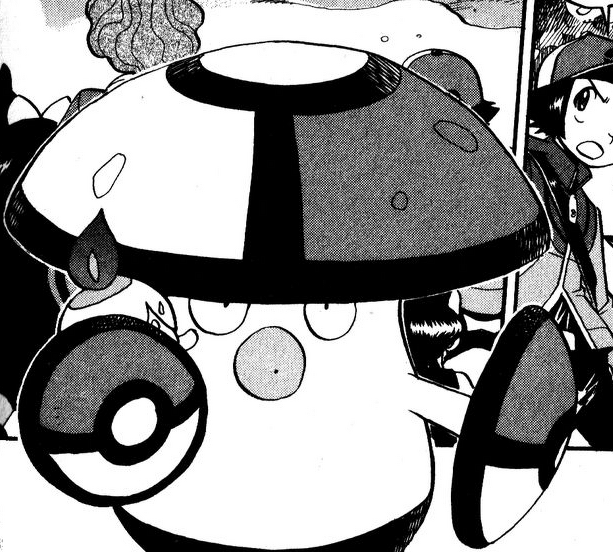 Retrieved from "https://pokemon.fandom.com/wiki/Bronius_(Adventures)?oldid=1413114"
Community content is available under CC-BY-SA unless otherwise noted.