For the variant appearing in the games, see Brock (game).

タケシ Takeshi
Brock
Brock is a character appearing in Pokémon Adventures, who is the Gym Leader of Pewter City in the Kanto region.

Brock is a young man with brown spiky hair and tan complexure. His eyes are squinty.

Brock does not wear a shirt or shoes, but dons black trousers.

Brock wears a vest and a white T-shirt. He also wears a pair of sneakers.

Brock continues to wear a vest, but has a black T-shirt with an orange logo. He also wears green sneakers, brown trousers and black sweatbands around his wrists.

Brock is ready to protect anyone and is brave. He expects his Gym challengers to be tough to take them on, to show their skill in Pokémon battles.

The name Brock originates from the word "rock".

His Japanese name, Takeshi, originates from 岳 (take, mountain peak) and 石 (ishi, stone). With the plant-themed naming of most Gym Leaders, it may also include 竹 (take, bamboo).

Blue told Red about Brock, a Gym Leader that gave out Boulder Badges if he was defeated in battle. Blue annoyed Red and left, who took the paper Blue left behind. He read that Brock would accept new challenges the following day at noon, and Red decided to join in.[1] The next day, Red came to the Gym, and saw as Blue and his Charmeleon fought against Brock and Onix. After fighting through many other challengers, Red got the right to face Brock, who was impressed by Red's progress. Brock ordered Red to use Pikachu, and since Red's other Pokémon were too injured to fight, Red had no choice but to comply. Pikachu distrusted Red, who had to push him to the field, where Brock sent Onix. Onix fired Rock Throw, which Pikachu tried to dodge, but got hit. This made Pikachu angry at Red and started attacking him, which made Brock furious, seeing Red and Pikachu were just lucky enough to have won previous fights. Brock's Onix used Skull Bash to attack, but Red and Pikachu evaded. Seeing that Red actually cared about him, Pikachu electrocuted Onix and defeated it, making Brock lose the battle.[2]

Hearing Erika was a Gym Leader, Red, who wanted to challenge Erika, told he had defeated Brock and Misty and had obtained their Badges.[3] Having obtained the amplification device at Team Rocket headquarters, Red remembered the Gym Badges he had obtained, including Brock's Boulder Badge.[4] Brock, along with Misty and Erika, joined in the fight against Team Rocket at Saffron City. He secured the northern gate, and wished Red luck in fighting the rest of the forces. After destruction of the headquarters, Brock and others retrieved the Pokémon, believing they would grow up into good Pokémon.[5]

Erika considered Blaine as her ally, along with Misty and Brock, hence why she sent her citizens to contact him.[6] Brock came with Misty to Celadon City support Erika in defeating Miles, who took Pika as hostage. Blaine's Blaine smelled a piece of Miles' cloth he took from Red and pointed to Mt. Moon, where Red went to.[7] After Agatha's Gastly was defeated and Miles was freed from its control, Brock introduced himself to Yellow. Brock decided to go to Mt. Moon to find clues about Red's whereabouts. Before he did, he gave Yellow a Graveler to support her in her quest.[8]

Brock went with six of his Geodude to find Red at Mt. Moon.[9] After meeting up with Yellow, Blaine contacted Brock on Mt. Moon, whether he found Red. Much to Blaine and Yellow's surprise, Brock found Red at Mt. Moon, who was frozen and melting.[10] Yellow and Pika were excited, but Blaine calmed the two down, as it was an ice figure looking like Red. Brock confirmed this, and suspected someone helped Red get him out of the ice, since Red could not've escaped on his own. As Misty reported cities of Kanto were attacked, including Pewter City, Brock ran off to defend his hometown.[11]

When Brock came to Pewter City, he had his Geodude fight the Machop army.[12] Brock had his Geodude guard the Pewter City's museum, while others used Double-Edge on Machop. However, one of the Machop dodged the attack and grabbed Brock by his jacket.[13] Erika, while talking to Misty, realized their hometowns, along with Brock's, were attacked, as all of them were cities with Gyms. This made them realize the Elite Four were actually after their Gym Badges.[14] With Lance's defeat, the armies of the Elite Four were stopped and the lands flourished with flowers. Once the Pokédex Holders came back, they helped the Gym Leaders, including Brock, reconstruct the cities damaged from the attacks.[15]

Brock and Misty visited Red. Both of them wished luck in his Gym Leaders' evaluation test and gave him the video tapes of their tests, so Red could examine them.[16]

Brock joined Misty and Erika in an expedition to the Gym Leaders' tournament in Goldenrod City. Since the S.S. Aqua was not sailing on schedule, they traveled through Tohjo Falls. Since the bridge was destroyed, Brock had his Onix extend itself to the other end, letting everyone pass to the other side, though wished the Maglev train was finished sooner. They stopped as Misty went to rescue a Krabby and fell through the waterfall.[17] Brock and Erika tried to find Misty and get her out of the waterfall. Erika also informed Brock the tournament was held in Goldenrod City, where they'd face the Gym Leaders from Johto. After Suicune joined Misty, she returned to Brock and Erika, as the trio rode on Brock's Onix away.[18]

Brock came to the Indigo Plateau, where he and Onix participated in the Gym Leaders' tournament. There, he pulled out an apricot and was chosen to battle against Jasmine.[19] During the Gym Leaders' tournament, Brock fought against Jasmine. Before the battle, Jasmine sent all her Pokémon, to decide which one she would choose. She sent Amphy against Brock's Kabutops. Since her Amphy was getting hit by Kabutops' Ancient Power, Jasmine sent her Steelix, who was disguised as an Onix, for she believed that people would dislike the idea of a Steel-type Pokémon. Brock sent his Onix as well, who tried to bind Jasmine's Onix. However, the rocks cracked, as Steelix' steel was much more powerful material. Thus, Steelix managed to use Crunch to defeat Onix. Steelix' rocks fell off, revealing its true nature, which surprised Brock. Jasmine admitted it was a Metal Snake Pokémon, whose rocks become solid steel after a hundred years. Brock asked Jasmine why she didn't reveal Steelix and was told it would "just show off" and would be an unfair advantage against her opponent.[20]

Brock returned to the seat, apologizing he failed to win the first battle.[21] Brock watched Sabrina's battle against Bugsy, noting how the former was unlucky to battle a bug-type expert.[22] Before facing Pryce, Erika was saddened that Blaine couldn't be the team captain, as he wasn't even present during the meeting with Kanto Gym Leaders.[23]

Due to Team Rocket having infiltrated into the Indigo Plateau, Brock battled the grunts. He and the Gym Leaders went into the train, which locked them all in and rode away.[24] During the fighting, Clair suspected someone was controlling the Team Rocket grunts. Since they couldn't fight at the stadium, Clair challenged Blaine to a fight. Blaine accepted her challenge and let the other Gym Leaders continue battling.[25] Blue reported the train would crash soon if it wasn't stopped. Brock had his Geodude use Magnitude, but the attack had little intensity to stop the train.[26] Fortunately, Red had his Snorlax stop the train, thus rescuing the Gym Leaders.[27]

In the end, Brock returned to his Gym, where he was challenged by other trainers, who wanted to obtain his badge to enter the Pokémon League.[28] 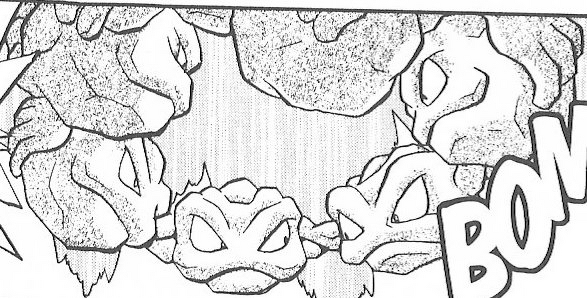 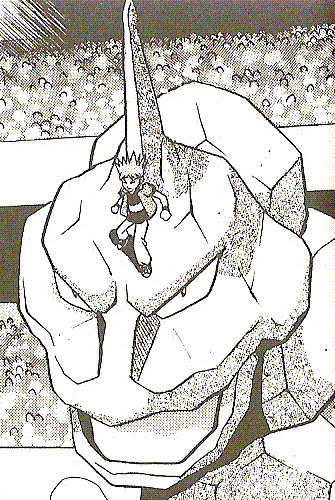 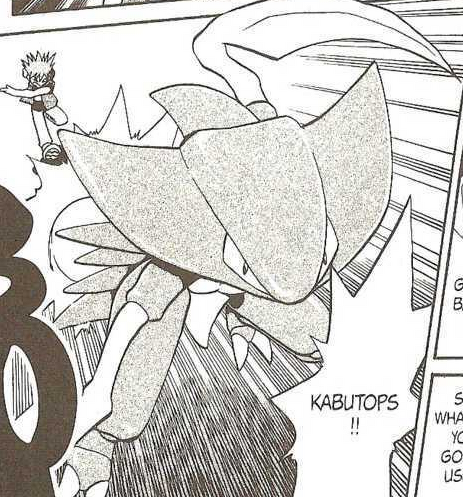 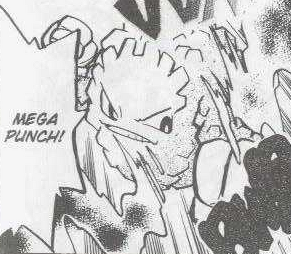 Retrieved from "https://pokemon.fandom.com/wiki/Brock_(Adventures)?oldid=1421753"
Community content is available under CC-BY-SA unless otherwise noted.