Boltund (パルスワン Parusuwan) is an Electric-type Pokémon introduced in Generation VIII. It evolves from Yamper at level 25.

Boltund resembles a medium-sized canine Pokémon with olive green fur covering its mid section. Its upper half is covered in yellow and white colored fur. It is much more slender than its pre evolved form Yamper.

Boltund is capable of creating electrical energy and diverting it through its own legs for increased strength. This allows Boltund to run for full three days without any rest.

It is likely based on a greyhound or border collie. Due to it being the enemy of Thievul, Boltund could also be based on the English foxhound.

Boltund could come the words bolt, thunder, and hund; the German name for a dog. 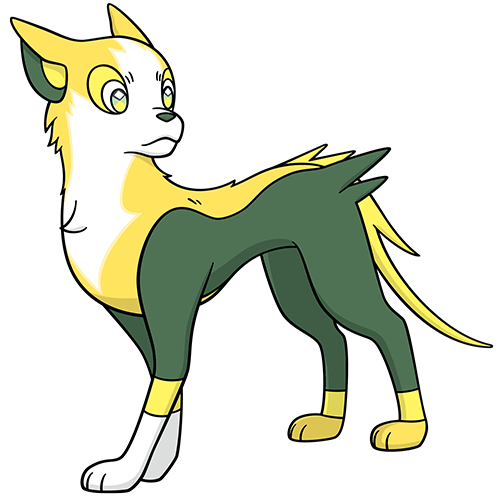 Add a photo to this gallery
← Yamper | Boltund | Rolycoly →
Retrieved from "https://pokemon.fandom.com/wiki/Boltund?oldid=1261057"
Community content is available under CC-BY-SA unless otherwise noted.