Boltund (パルスワン, Parusuwan) is an Electric-type Pokémon introduced in Generation VIII. It evolves from Yamper at level 25.

Boltund resembles a medium-sized canine Pokémon with olive green fur covering its midsection. Its upper half is covered in yellow and white colored fur. It is much more slender than its pre evolved form Yamper.

Boltund are vivacious and loyal creatures. Compared to their pre-evolutions, they become more serious in nature and more able to focus on the tasks at hand. They still retain their playfulness outside of work, however. In some regions, human herders have partnered with Boltund in for millennia. Though their domestication process began long after Herdier, they are just as reliable with proper training and affection.

In the wild, packs of Boltund can be seen zipping across grasslands. They are extremely loyal to one another and will share electricity with tired pack members to rejuvenate them.

They are also vigilant, and serve as a natural enemy of Thievul. They will go out of their ways to track down these secretive Pokémon and stop them from stealing the eggs of other unsuspecting Pokémon.

Boltund are capable of creating electrical energy and diverting it through their own legs for increased strength. This allows Boltund to run for a full three days without any rest. These traits make Boltund excellent at chasing down stray livestock.

It is likely based on a greyhound or border collie. Due to it being the enemy of Thievul, Boltund could also be based on the English foxhound.

Boltund could come the words bolt, thunder, and hund; the German name for a dog. 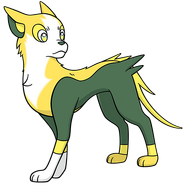 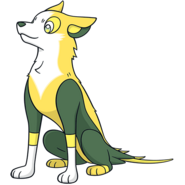