For the character in Pokémon GO, see Blanche.

Blanche is a character appearing in the XY series who is a Pokémon Performer.

Blanche was also seen in the waiting room in the Anistar City's Showcase, but did not pass the first round.[2]

Blanche was seen at Monsieur Pierre's dance party with her female Meowstic.[3] 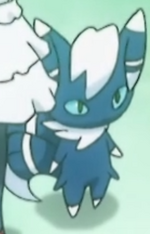 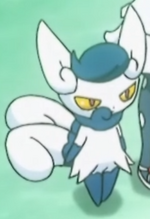