Blaine is a character appearing in Pokémon: Indigo League, who is the Gym Leader of Cinnabar Island in the Kanto region.

Blaine is naturally bald, but has shoulder-length, light gray hair in each sides and brown eyes. He also wears a dark blond, long-haired wig when he conceals his baldness, and wears sunglasses and a fake moustache. Blaine also wears an orange long sleeve loose hawaiian v-neck shirt with a matching green long necklace on his neck and purple at the edge, as well as some red pants and black boots.

Blaine's disguised black sunglasses are replaced with a brown thin-framed sunglasses after he removes both his sunglasses and his fake moustache at the Gym. However, he maintains his outfit while he keeps his long blond wig after Ash surrendered the match.

Blaine is not pleased by the amount of the tourists that visit the Cinnabar Island. Still, he hopes for a good battle and gives out riddles to certain people that could qualify as challengers.

Blaine had become disturbed by the fact that Cinnabar Island had become filled with tourists, and no serious trainers willing to battle him for the Volcano Badge. In his disguise as the manager of the Big Riddle Inn, he would give out many riddles to tourists and visitors, including Ash and his friends. With Misty able to figure out many of the riddles, the group found the hidden Gym and figured out that Blaine was in a disguise the whole time. This then led to Ash's gym battle, where Ash used his Squirtle against Blaine's Ninetales. Squirtle was quickly knocked out, so Ash sent his Charizard, while Blaine his Rhydon. Just as Rhydon was to use Horn Drill, Charizard started disobeying and was deemed as unable to battle. As such, Pikachu was sent out, who electrocuted Rhydon by emitting electricity on its horn. For his last Pokémon, Blaine sent Magmar, who burned Pikachu with Fire Punch. Pikachu was barely hanging on, as Magmar launched Fire Blast.[1]

Pikachu avoided the Fire Blast, but it left his backside singed from the heat of the flames. Ash surrendered the match, deciding that losing Pikachu was not worth earning the Volcano Badge afterwards, an action which Blaine noted as wise. Blaine put his disguise back on and left the battlefield, promising Ash that they would battle again someday. Later on, Blaine emerged from his quarters, as the tremors coming from his gym were a bad sign that the volcano was erupting. It was a side-effect of Team Rocket's attempts to capture Magmar that, in their panic, was causing the volcano to awaken, as Team Rocket tried to freeze the cave. Blaine warned that Team Rocket's actions could make the volcano erupt, but Team Rocket ignored him and continued freezing the cave in their panicked state. A fissure blasted Team Rocket away, while the volcano started erupting. With no other choice, Blaine had Magmar start throwing rocks to divert the lava elsewhere, with Charizard helping it out, and later Brock's Geodude and Onix and Ash's Pikachu also helping them both to throw more rocks to stop the lava from flowing and prevent the eruption. Blaine thanked Ash for helping stop the eruption, and agreeed to give Ash a rematch for the Volcano Badge. However, Team Rocket's actions destroyed the battle platform for the gym, so everyone climbed to the top of the volcano, where Blaine allowed Ash to have a rematch with him. Blaine, using his Magmar, caused Charizard to participate in the battle. Both Magmar and Charizard are equally matched when hitting with Flamethrower, but upon hitting Charizard with Magmar's Fire Blast, Charizard manages to lift and toss the ability into the sky. Magmar managed to hit Charizard with Skull Bash, causing him to fall into the lava but manage to fly away. Soon enough, Magmar manages to pull Ash's Charizard in to the magma. Ash became saddened thinking Charizard was killed. However, Charizard emerged while flying with Magmar in tow, it used an aerial Submission to make Magmar dizzy and then used Seismic Toss to throw it, ending the battle with Ash as the winner when Magmar passed out after a few seconds from recovering being thrown into the volcano by Charizard. Upon leaving the Big Riddle Inn, Blaine rewarded Ash with his Volcano Badge, following one final riddle about it.[2] 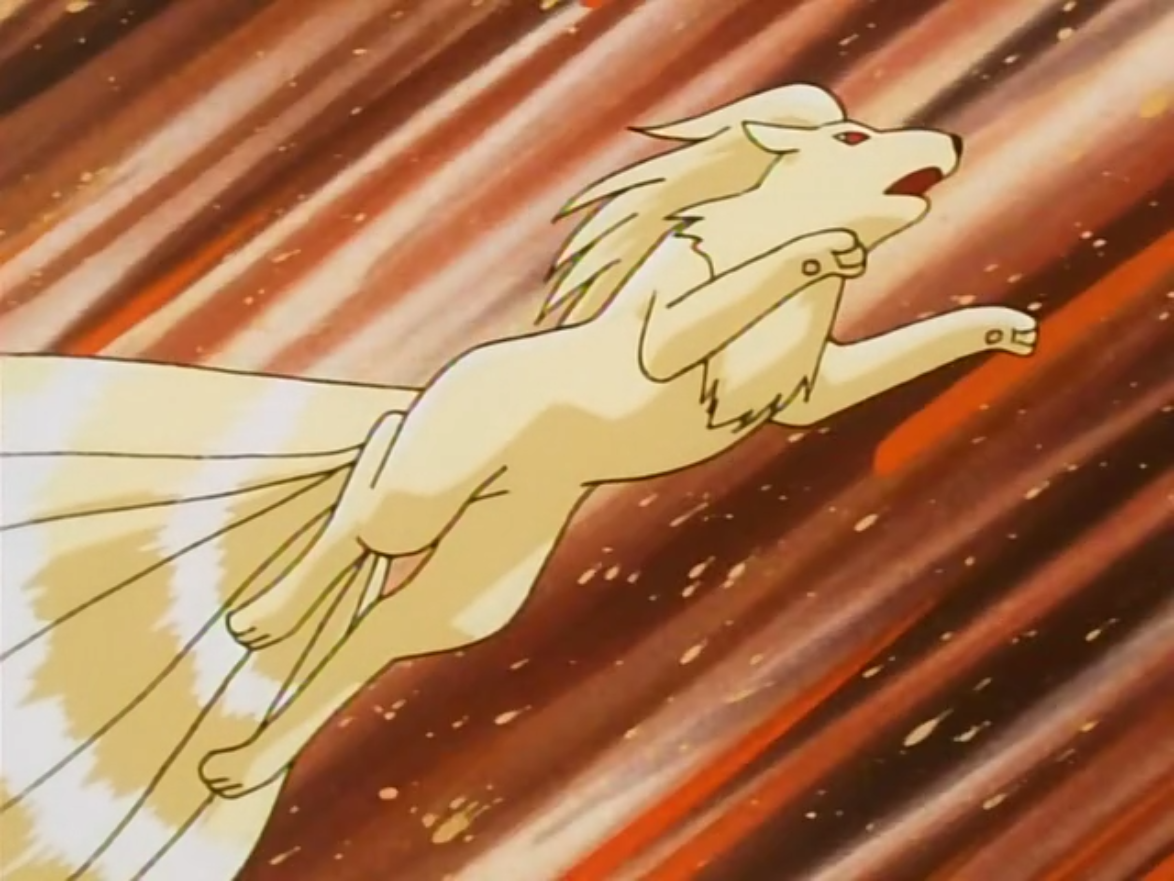 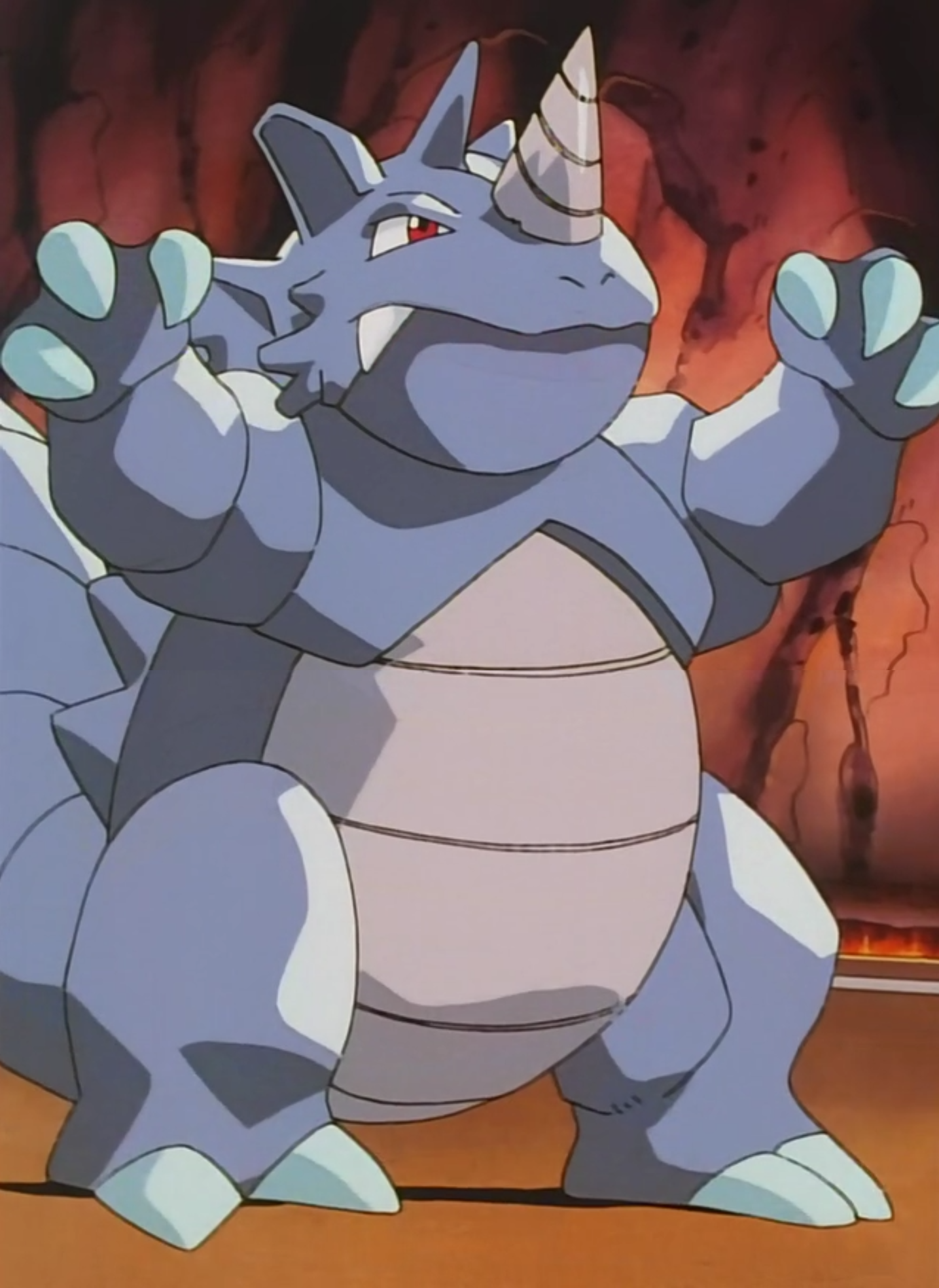 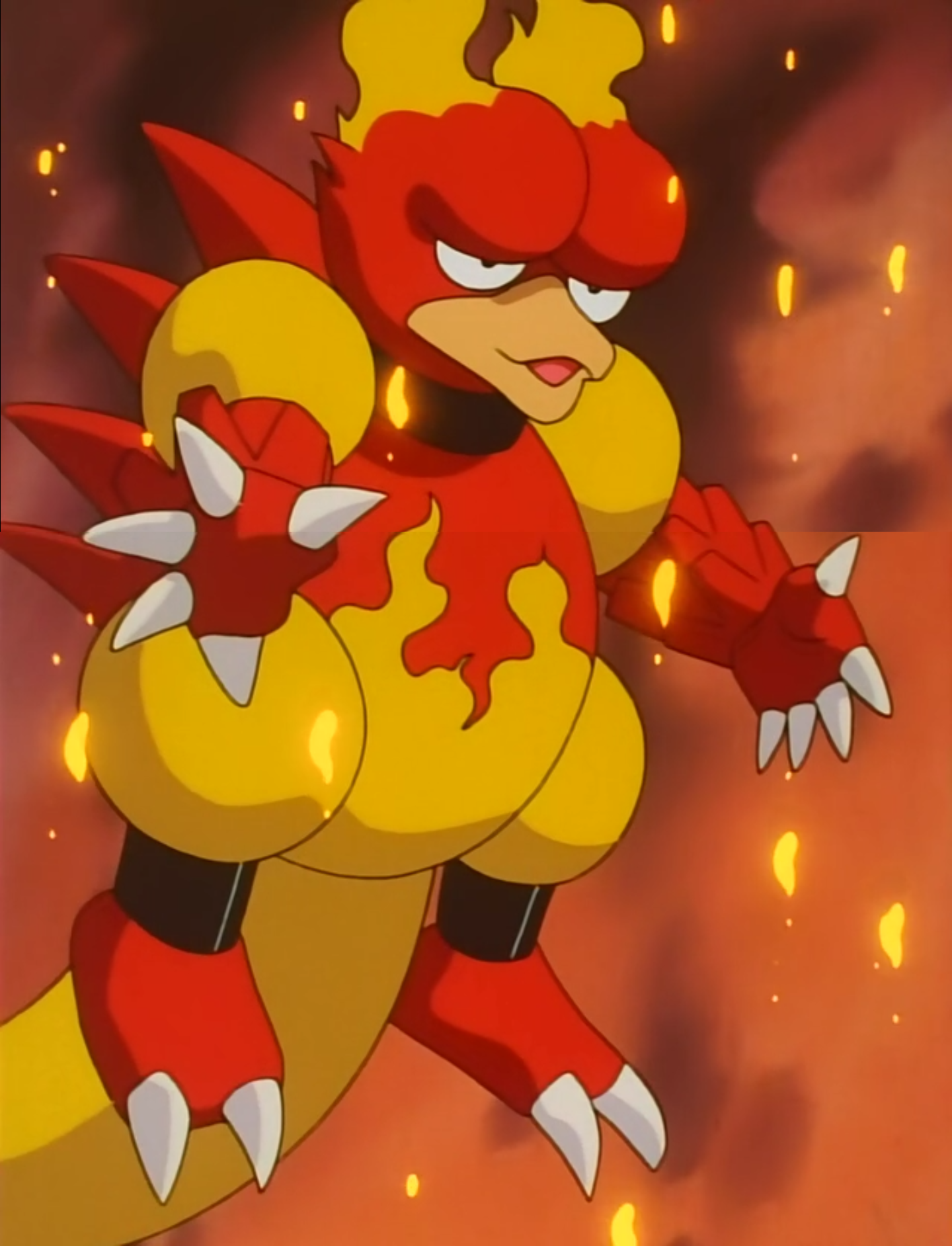 
Retrieved from "https://pokemon.fandom.com/wiki/Blaine_(anime)?oldid=1107503"
Community content is available under CC-BY-SA unless otherwise noted.