For the variant appearing in the games, see "Bertha".

Bertha in other languages

Bertha is a character appearing in Pokémon: DP Sinnoh League Victors, who is a member of the Elite Four in the Sinnoh region.

The name Bertha's comes from "earth."

Her Japanese name, Kikuno, may be derived from 崎嶇 (kiku, steep) or 国 (kuni, country). In either event, it may also come from Kikuko, Agatha's Japanese name, as both are elderly women who are part of their region's Elite Four lineup.

When the heroes encountered Lucian, the latter told them that he, along with Bertha and the rest, were members of the Elite Four. He reminded that they were powerful Trainers, who had to be defeated in order to challenge the Champion, Cynthia.[1] When the heroes encountered Aaron, Officer Jenny reminded them of Elite Four Bertha, who specialized in Ground-type Pokémon.[2]

When the heroes encountered Roland, they went with him to a daycare, where they encountered Bertha. Brock, before saying she was an Elite Four member, was taken by Bertha away, since she wanted to keep that a secret. Returning, she asked of Roland to train Magby, but Roland noticed his Magby was taken away. Bertha became displeased, and went to help him retrieve Magby. As Ash was one Badge away from the Sinnoh League and Dawn won all her Contest Ribbons, she decided to observe how would they find Roland's Magby. The heroes soon uncovered the culprits to be Team Rocket in disguise. As Team Rocket hid in one of the windmills, Bertha pointed out that one of them was not spinning around, and reminded that they should observe their surroundings.

The heroes uncovered the false cardboard windmill and chased after Team Rocket, to which Berta drove them in her car. Her Gliscor used Guillotine to slash the balloon. The heroes started their battle against Team Rocket, and Roland managed to get Magby back. Meowth was prompted to equip Seviper and Carnivine with armor. Bertha was displeased, as they should not use equipment like that in battle. Her Golem used Rock Blast to shatter their armor, letting Magby blast them off. Brock remarked this was the strength of the Elite Four by coincidence, surprising Ash and Dawn as they suddenly remembered that fact. Bertha admitted she didn't want that title, but nevertheless accepted Ash's match. Her Hippowdon faced Ash's Torterra, dealing damage to it with Iron Head. Torterra used Rock Climb to collide with Hippowdon.

Berta asked of Ash and Dawn to be more observant of their surroundings, to see the status of their Pokémon before making another order. Hippowdon used Dig, so Ash looked at the ground to see where it would emerge. This let Torterra evade its Iron Head, but as Hippowdon repeated its attack, Ash became confused and his Torterra fell down from a Fire Fang attack. Berta admitted Ash was powerful and calm in battle, but had to improve his training as well. She merely reminded that he had to be observant if he wanted to win the League. At the end of the day, Bertha gave the group a ride in her car.[3]

Bertha also appeared in the ending scene of the 13th Pokémon movie, along with her Hippowdon.[4] 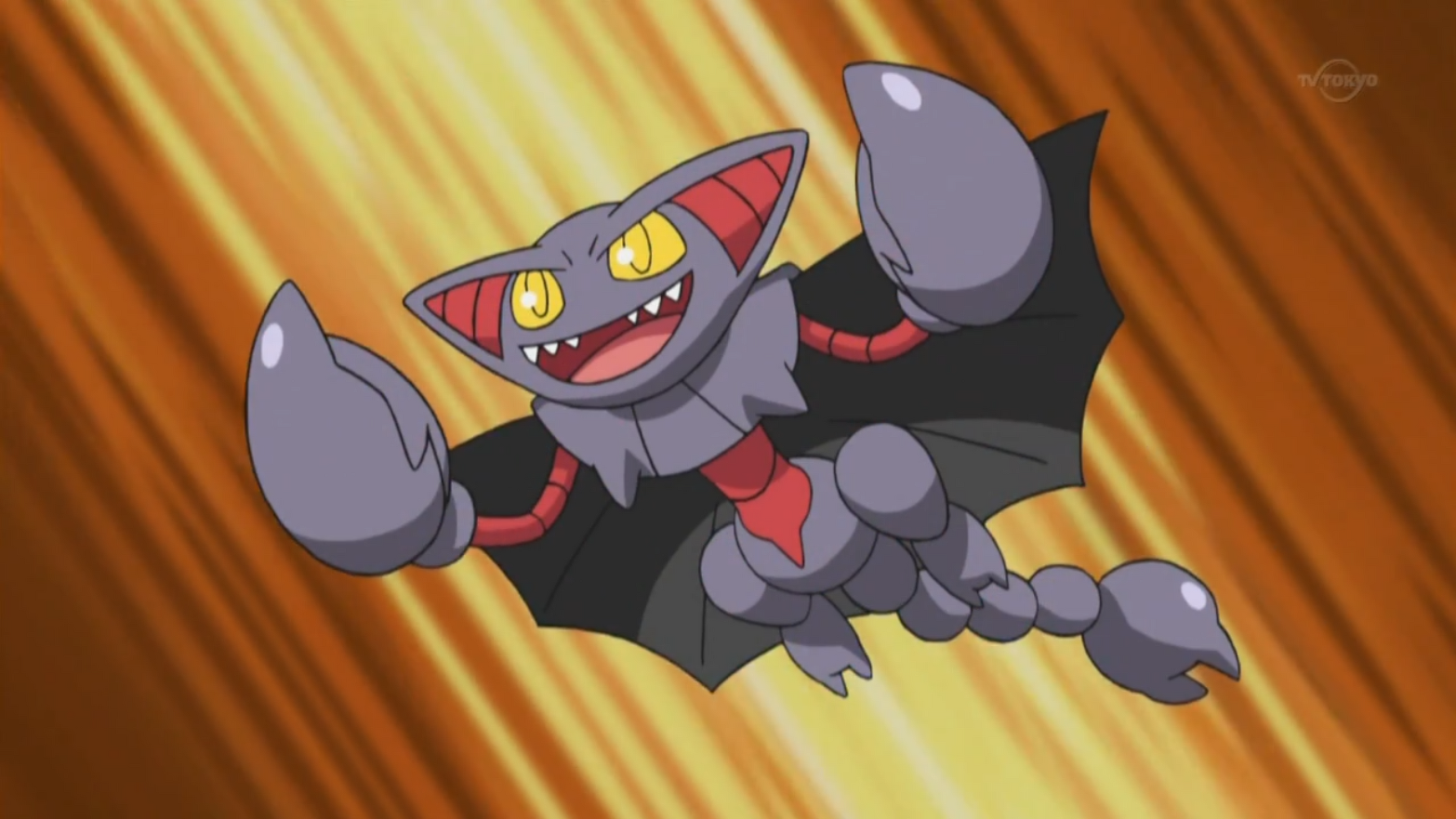 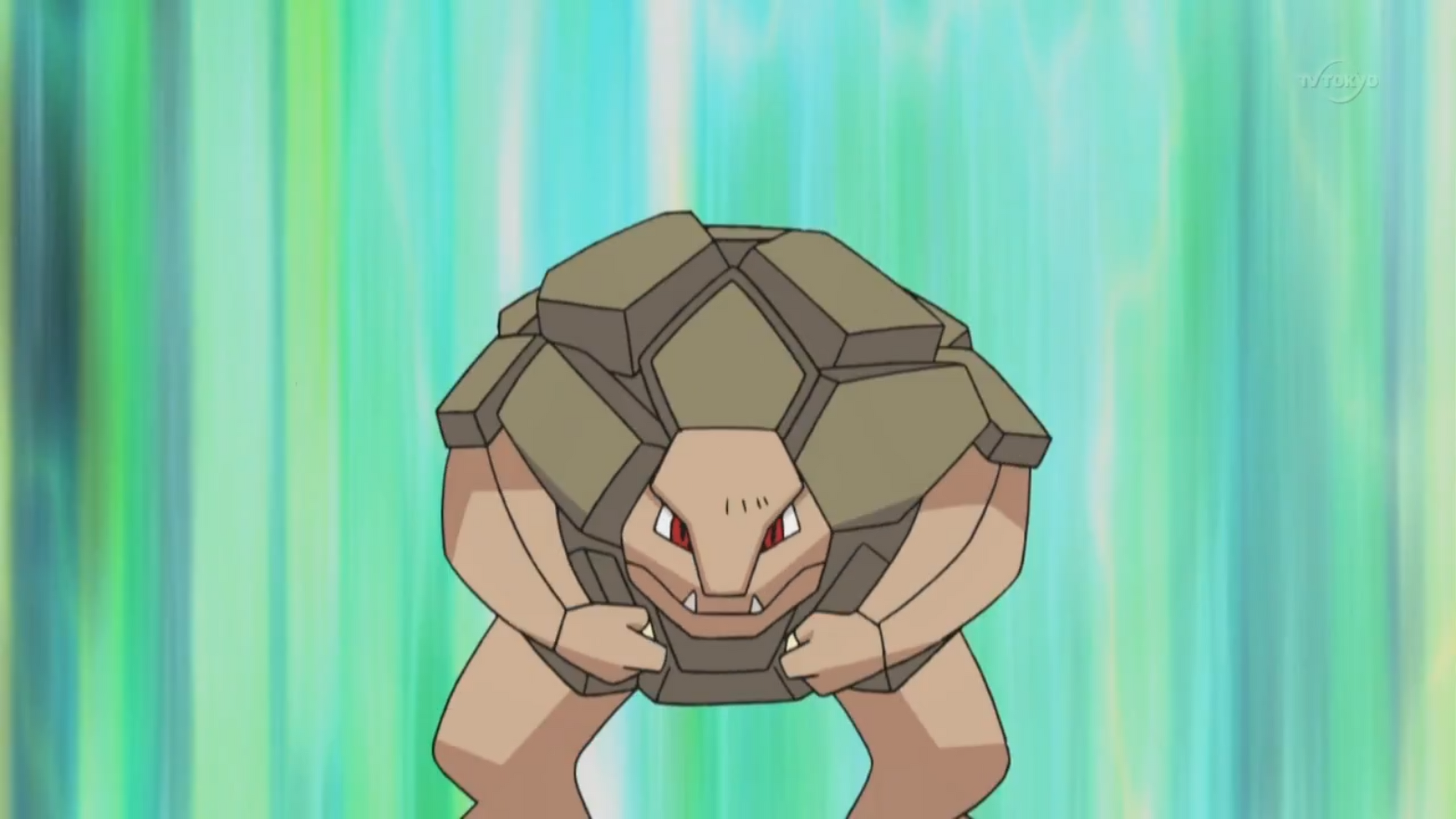 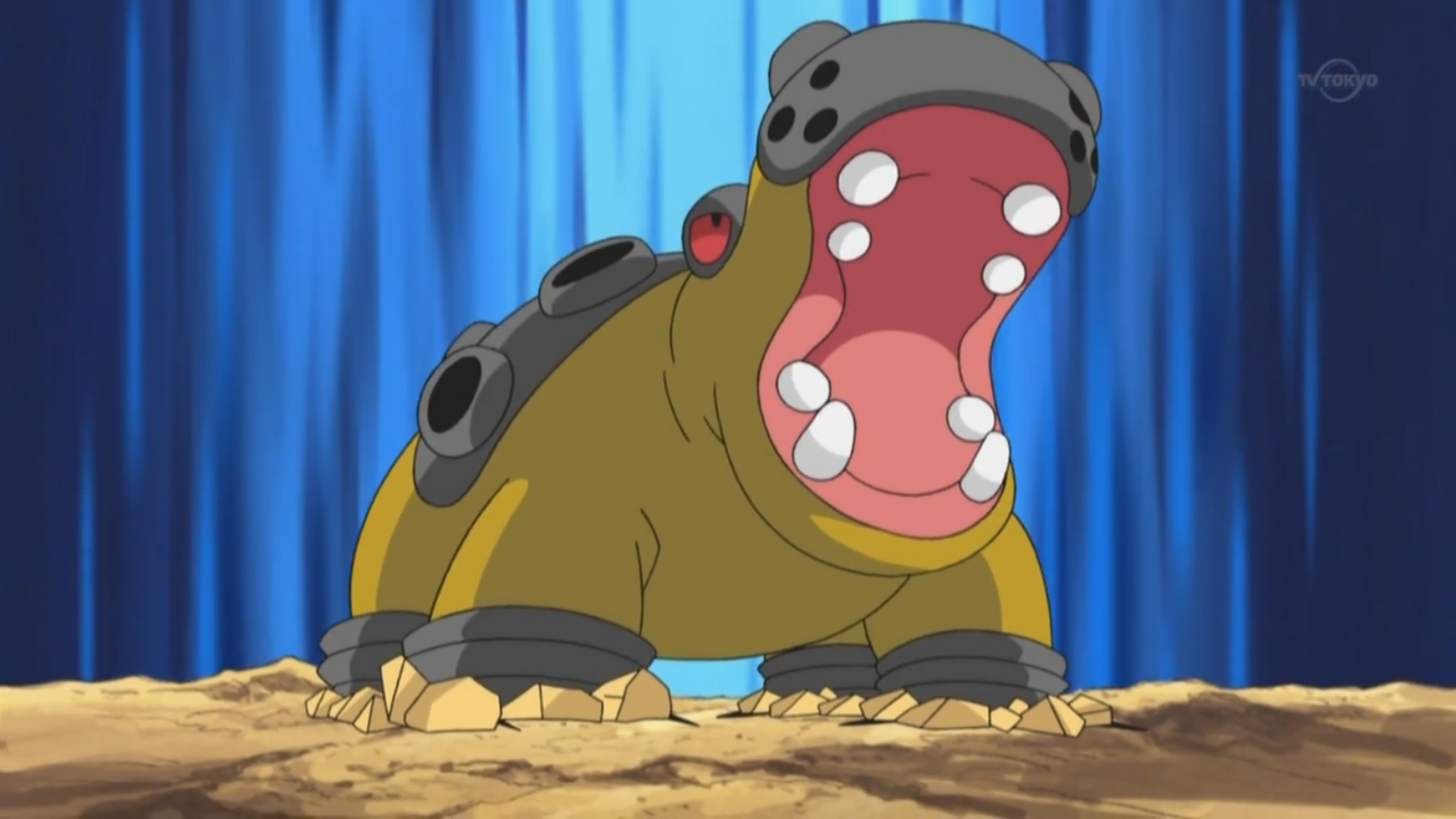