At Liberty on Liberty Garden

At Liberty on Liberty Garden

Pokémon appearing as picture in Pokédex

At Liberty on Liberty Garden (VSビクティニ VS Victini) is the 1st chapter of Pokémon Adventures: Volume 46.

On Professor Juniper's behalf, Black heads to Liberty Garden to find the fabled Victini. What he and White encounter there are Team Plasma grunts, who are "attacking" Victini in order to *protect it*. Black goes to save Victini, but with Gothitelle's psychic field, things become much more complicated.

Black and Pignite cheer, as they made it to Liberty Garden. White is feeling sleepy, as she didn't suspect the boat ride would take all day. She remembers that the masseur simply told her to visit the attraction with her "boyfriend", which White corrected Black to be her employee. Black states this was a good suggestion, as they can combine the trip with his job investigating a Mythical Pokémon. White remembers it was called "Vi-", to which Black answers it's Victini. Yesterday, Black contacted Professor Juniper, who pointed out Black ran off without even greeting the professor. Black claimed they met before, it was just that Juniper didn't actually see him outside her laboratory. Juniper yelled at him, since that was not what she meant.

Juniper reminded that Black broke the Pokédexes, took off with Tepig without asking for her permission, and made a mess. Black was overwhelmed, for Cheren had told him all that. Still, Juniper was at least glad that Black was taking care of its Pokédex, and Tepig had even evolved. She was also glad that Black had been fighting Gym Battles and had even solved the case of the kidnapped Pokémon in Castelia City. She also remarked how much data Black had collected in such short notice. Black claimed his dream is to win the Pokémon League, and wanted to meet as many Pokémon as he can, even going as far as to meet new ones. Thus, Juniper had a task for him.

She asked of him to take the boat to the Liberty Garden near Castelia City, and find the Pokémon named Victini. Black asked White how would they get there, to which White stated they needed a boat and a Liberty Pass. Fortunately, White already had that pass, which amazed Black. In the present, White asks Black what kind of a Pokémon Victini is. Black explains that trainers with Victini always win, regardless of the opponent. Moreover, Victini emits an unlimited amount of energy it is storing in its body, and shares with those that touch it. This fabled Pokémon made a lot of people waging wars just to get it. Black is quite excited, as he would soon encounter Victini. He shouts out his dream to win the Pokémon League. White states Black's louder than usual and will even scare the tourists.

White realizes there are the only ones around this place. Black explains the island is actually off-limits, shocking White, as Black was told that the sailors told him what the islanders had. In fact, the location is falling apart, and could not dock to the island, but Black managed to press them to sail to the island. White points out they managed to reach the island safetly, which makes Black even more curious about this place. Black's Musha devours his dream, which makes Black see a V-mark. Black is a bit surprised, and shows White a guide to the Liberty Garden, which he has researched before coming here. Black shows the tourists attractions on the island involve the Liberty Garden and the lighthouse. He shows all the brochures involve the picture of the lighthouse.

As Black looks at the lighthouse, he feels something is off, as it looks different. Black explains he even sensed something wrong before Musha devoured his dream, and tells that he saw a strange mark, a V-shape. He believes he had seen this shape when they had arrived here. However, he doesn't see this shape, and feels something is near him. Brav uses Aerial Ace, striking the lighthouse. From the rubble, Team Plasma grunts appear, and applaud Black for discovering them. Black and White confront these grunts, who have heard that they faced Bronius, and made him angry. For destroying their secret base, the grunts attack, and swear never to forgive him for that. Black sends Nite, Musha and Tula to fight.

The grunt explains she had used Gothitelle's Hypnosis to drive people away from the island, and is quite annoyed that these children have wrecked their plans already, for which the grunt will be held responsible. However, the grunt reminds the entire island is under Gothitelle's psychic field. Since they cannot escape, the grunt promises to crush them. As the grunts have Gothorita attack Black and White, the grunts head off to find Victini under their protection. Black demands to know where Victini is, to which the grunt becomes surprised, as Black has researched a lot about Victini, and even saw the V-shape. The grunt explains they have liberated Victini from the basement, but it has been running away from them for the past three days.

Victini flies away from Gothitelle, who attempts to capture it. Black and White see Victini, to which the grunt applauds Black for his vision, as he jmanaged to get a glimpse of Victini as they were chasing it at a very fast speed. Victini is very exhausted, and Black demands of them to stop chasing it, as it is badly hurt. The grunt refuses, for Victini could get even more hurt by the people that want to capture it. Black sends Brav, who attacks Gothitelle, but it evades the attack. The grunt points at Black, asking if he did his research on the war that took place 200 years ago. A millionaire bought the Liberty Island to secure Victini in the basement, to stop the war. However, since the millionaire passed away, the grunt states Victini is at a risk with tourists coming over, putting the peace at peril.

Thus, Team Plasma grunt declares they will shelter people from those hungry for victory. The grunt claims they want to protect Victini, and don't want to hurt it anymore. Black points out their double standards to hurt Victini in order to protect it. Black points out this is why Victini does not trust them. Brav attempts to attack Gothitelle but fails, which makes Black curious as how it missed, due to its fast speed. The grunt reminds him about Gothitelle's psychic field, which none of them can escape. Victini falls down, while the grunt has Gothitelle take Victini into unconsciousness. Black is displeased, for Brav has little strength left. However, he takes the opportunity: Brav flies off, and takes Gothitelle's hit, meant for Victini.

White is amazed that Black's Brav protected Victini. The grunt claims Black to be a hypocrite, as Brav sacrificed himself and would soon faint. Suddenly, Brav recovers and hits Gothitelle. Everyone is amazed, which makes Black realize that Victini actually does pass its energy to others it touches, to lead them to victory. With that, Brav uses Brave Bird to defeat Gothitelle. The grunt panics, as the psychic field is breaking apart, while the rest of Black's Pokémon attack the Gothorita. This snaps out the tourists and the sailors, who have come ot their senses. Without further ado, the grunts sail away, and swear to get revenge on Black. The latter turns to Victini, and thanks it, for with its help, they have won the battle. Black asks of it to take care, and to always be on guard against Team Plasma.

Victini makes a peace sign out of its hands, and leaves. A moment later, Black explains to Professor Juniper what happened, and suspects Victini either went to the basement or flew away elsewhere. Juniper is more interested in what was Team Plasma grunt talking about. She researches about the war 200 years ago, and the millionaire that bought the island. She goes to analyze more about Victini, and thanks Black for the information, promising to contact him later. Black logs out, while White asks Black if his dream is to win the Pokémon League, why didn't he catch Victini. Black states while he'd like to, he doubts Victini would trust him if he relied only on its power, and wants to visit it after. Without further ado, White and Black leave the lighthouse.

Later on, Juniper has finished her analysis of Black's data on Pokédex. She sees Black is really the right person for collecting data for the Pokédex. She even remembers that it was Cheren who suggested Black, and the former was quite desperate Cheren was. She remarks the two are close friends, but Black is a bit stronger as a trainer. Suddenly, she gets visited by her father, who comments that skilled trainers often braved dangerous situations. Cedric Juniper, her father, states that he came to help his daughter repair the broken Pokédexes. Juniper was pleased, and the two saw that Team Plasma was becoming much larger problem than they anticipated, due to their attempts to catch Victini. Juniper confirmed, as it was the group that assaulted Bianca. Cedric looks at his Samurott in his Poké Ball, and remembers it has been a year since the incident happened. 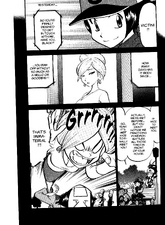 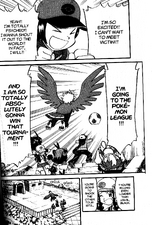 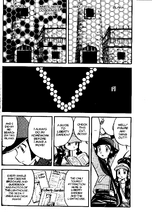 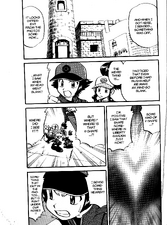 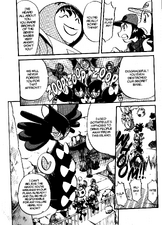 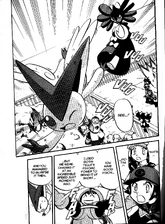 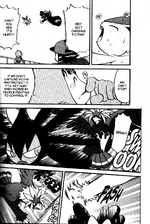 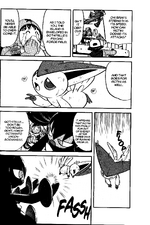 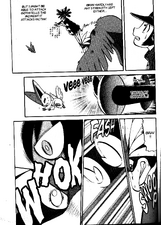 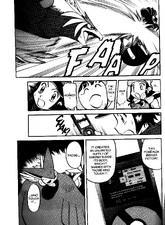 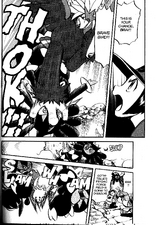 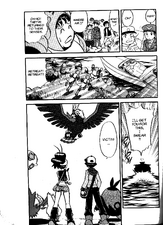 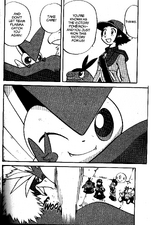 Add a photo to this gallery
Retrieved from "https://pokemon.fandom.com/wiki/B%26W020:_At_Liberty_on_Liberty_Garden?oldid=1284967"
Community content is available under CC-BY-SA unless otherwise noted.