Aura (, Hadou, Waveguide) is a form of spiritual energy introduced in Lucario and the Mystery of Mew. It is described as the essence of every living creature.

In ancient times, there were individuals who possessed the ability to sense and manipulate aura to perform valiant deeds. They were known as Aura Guardians, and they would also educate those with the potential to wield the aura themselves. Throughout history, several guardians have disappeared, however, there are currently two individuals who possess the capabilities of aura guardians; Ash Ketchum and Riley. Whilst Riley trains to become an Aura guardian himself, Ash chose to stick to his quest to become a Pokémon Master.

Aura Guardians have the following abilities:

These individuals have been known to possess the power to sense and control Aura. So far, there are currently 2 active humans that possess the ability. 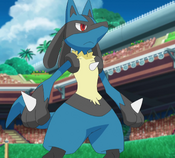 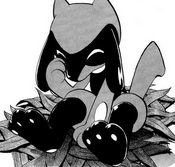 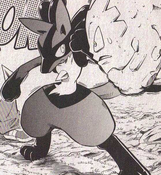 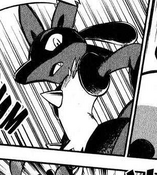 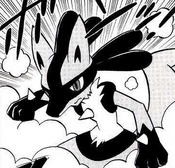