Andrea is a character appearing in Pokémon the Series: Gold and Silver.

Andrea lives on Yellow Rock Isle with her little sister Mika and their father. They like to go hiking every so often and meets Ash once or twice. She loves to play with Ash's Pikachu, and she thinks it "all cuddly". Pikachu loves her back, and everytime they leave her, Pikachu can't stop waving. She is good friends with Misty, because they both like Water Pokémon. She says when she gets older she is going to catch two Pokémon and wants to live in a small cabin and hike all over Johto. 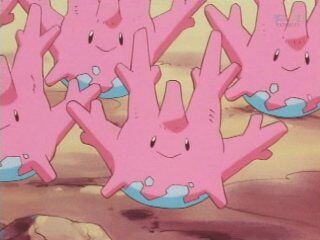