Amelia is a character appearing in Pokémon the Series: XY and XYZ, who is a Pokémon Performer.

Amelia was first seen arriving in her home town, Fleurrh City, to participate in the Master Class Trial, when Serena saw her passing by, with assistants serving her. Meanwhile, a man showed her photo to Palermo, but Palermo only simply replied him and left, as she saw the proudness of the young lady. When Amelia entered the waiting room, her appearance made the other Performers nervous, because everyone knows that she is a great and strong opponent. She then elegantly seated with her two Pokémon, in which coincidentally opposite to Serena. As the last group of the first round, Amelia commanded her Dragonair and Espeon to use Attract against the Rhyhorn. Since the Rhyhorn had the opposite gender (which were male), they fell for her two female Pokémon, and made her won the first round. In the Free Performance Round, Amelia ordered Espeon to use Psychic, Rain Dance and Hyper Voice while she told Dragonair to use Dragon Dance and Ice Beam as a combination, which created a nice performance.

The voting finally started, and Amelia pridefully thought she would be able to enter the Master Class. Unluckily, Serena won the competition, which was out of her expectation, making her and her Pokémon's hearts crushed by their own shock. Later, Amelia tried to argue with Palermo that she should be the winner of the showcase, which was heard by Serena. However, the former Kalos Queen told Amelia that the audience didn't like her show very much, meaning that she ought to strive for excellence with her Pokémon, which awakened her before she left. 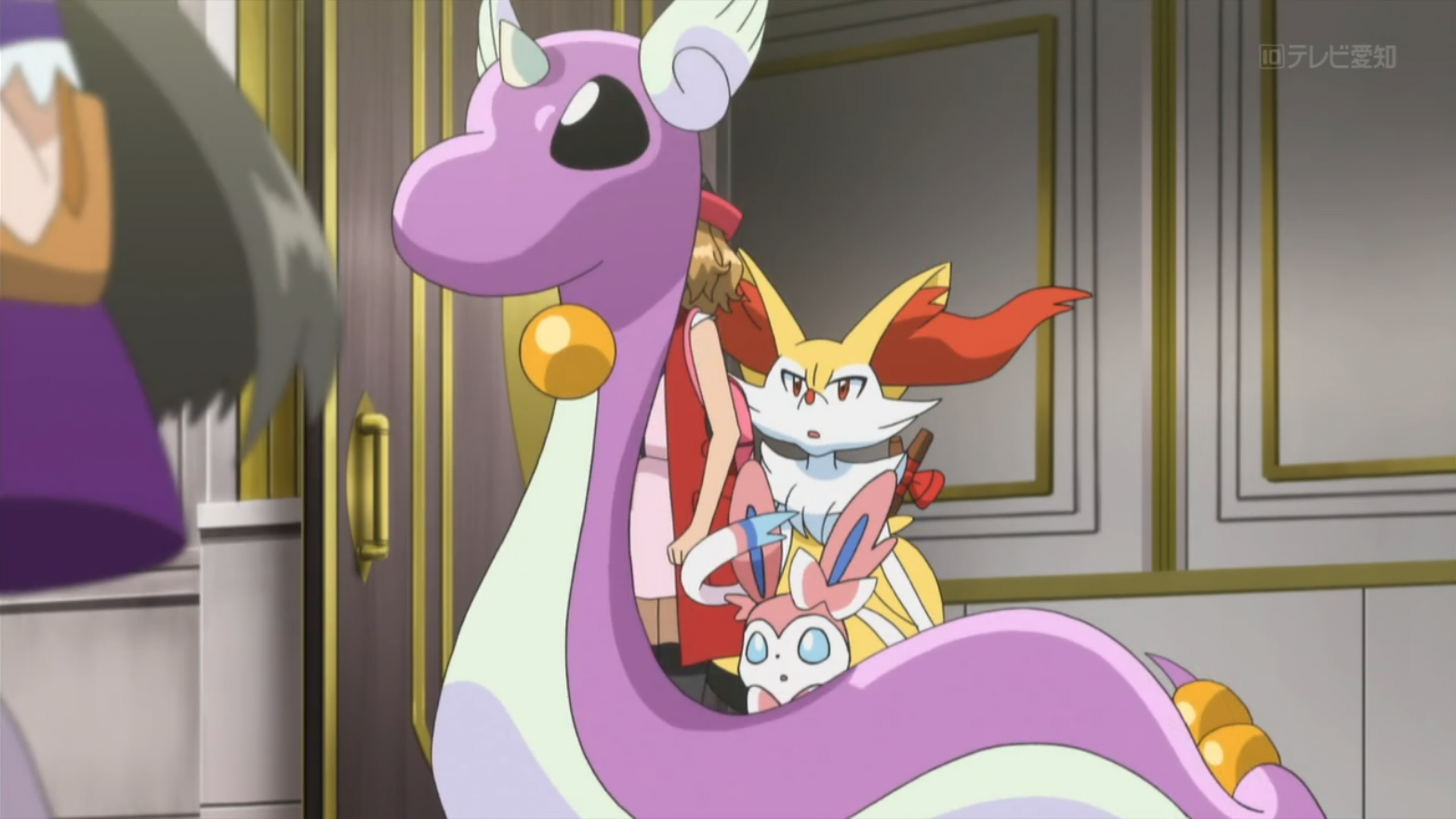 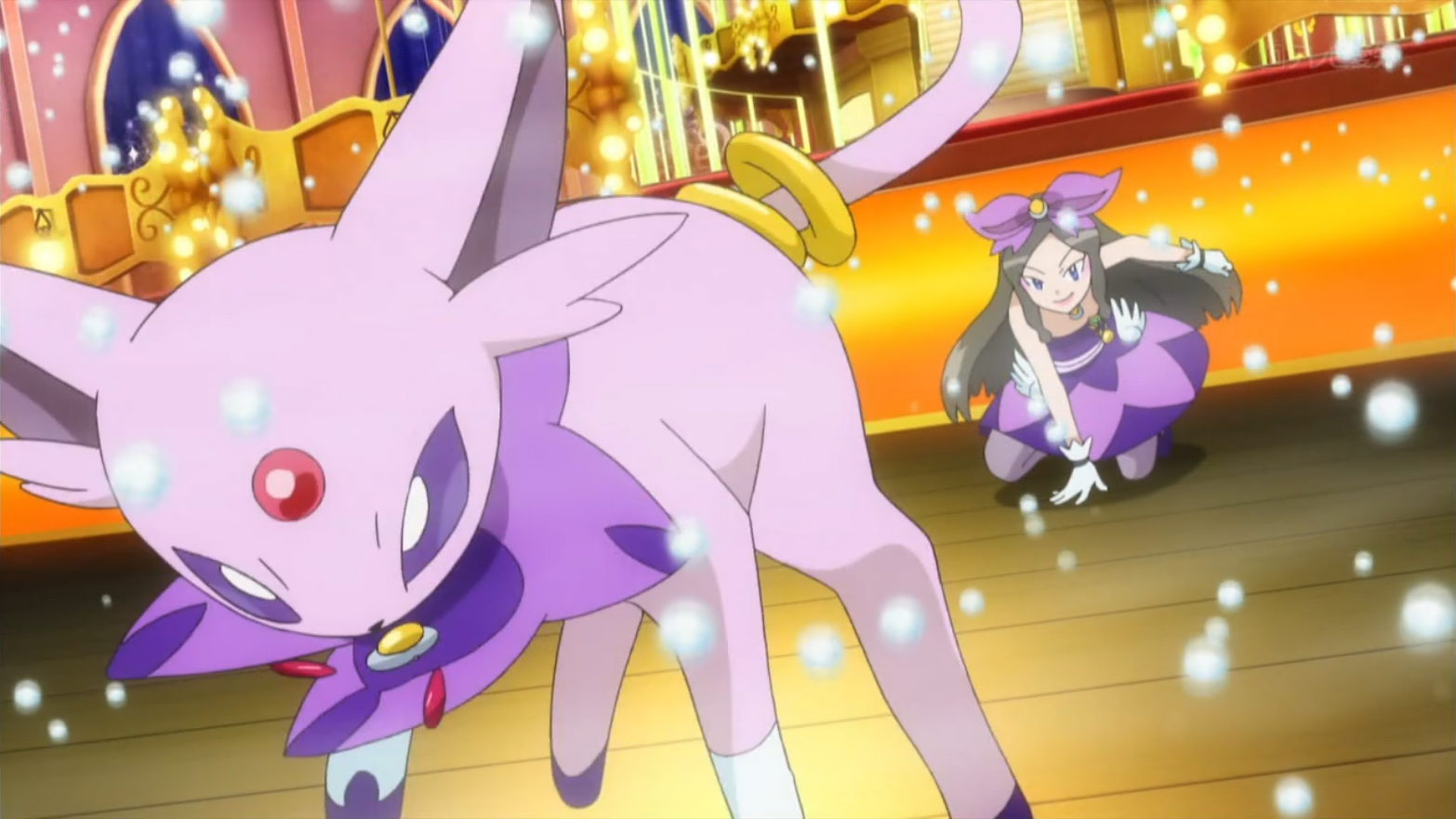 Retrieved from "https://pokemon.fandom.com/wiki/Amelia_(Kalos)?oldid=1373212"
Community content is available under CC-BY-SA unless otherwise noted.