For the variant appearing in the games, see Aliana.

Aliana is a character appearing in Pokémon Adventures, who is scientist for Team Flare.

Aliana takes great joy in her job. She seems to have no qualms about causing destruction or harming others. However, she is also cautious, especially when she or her partners give away confidential information. Aliana is slightly sadistic, promising to hurt anyone if they do not meet her expectations. Notably, she always laughs before attacking, to taunt her opponent.

Aliana and Mable were in charge of stealing X's Mega Ring. Aliana's Pyroar set his house on fire to force him out and she, Mable, and the grunts cornered X against his garden wall. Y came to protect X, even if Mable's Houndoom bit her arm. X's Kangaskhan stepped into the battle and protected X and Y. X's Key Stone started glowing and transformed the baby Kangaskhan, who defeated both Mable's Houndoom and Pyroar. Mable wanted revenge but Aliana convinced her to retreat.[1]

Later, that night, on Route 1, Aliana and Mable arrived in time to ambush the children to take X's Mega Ring, since the innkeeper tricked the children.[2] Mable explained the Key Stone emits energy, which allowed her and Aliana to track them down, though Aliana shushed her down, since their boss would be displeased if they gave some information to their enemies. Mable was furious for being defeated at Vaniville Town, so Aliana tagged along with her to defeat the children. Fortunately, X's Chespin, after defeating Aliana's Diggersby, used Pin Missile to bind Aliana and Mable onto a tree.[3] Y came to her friends with some clothes they could wear as a disguise, reminding the men in red (including Aliana) could track them through X's Mega Ring.[4] Once Aliana and Mable returned to the base Bryony accused them of failure in capturing the Mega Ring.[5]

Later on, Aliana gave Pyroar back to Malva. Malva belittled her, claiming that Pyroar was being "wasted on the likes of Aliana".[6] Mable, along with Aliana, noticed Celosia acting a bit odd. Mable and Aliana started teasing Celosia, who noticed X and Emma arrived near the headquarters. Bryony dismissed Aliana and Mable, ordering them to go to the stations they had been assigned to.[7] Later on, Aliana, along with Mable, carried Bryony and explained to Malva she couldn't let Yveltal battle Y's Xerneas, else it would've been an endless battle, since the two Legendary Pokémon were equal in power.[8]

Diantha told Blue she was aware Aliana was an admin of Team Flare, but could not determine who Essentia really was.[9] Aliana, along with the other scientists, was modifying the Poké Balls Team Flare stole from the Poké Ball factory.[10] The four scientists joined together to help Xerosic defeat the children. Since the children improved their teamwork, the scientists decided to abandon their rivalry and to show their teamwork by crushing their enemies they underestimated so far.[11]

Aliana contacted Xerosic, promising she and others would assist him, since they did their task as instructed. As the others took on the group, Aliana had her Diggersby attack Y, who had her Veevee retaliate against. Fortunately, Y managed to meet up with others, leaving Aliana alone.[12] Y went to find Tierno and Shauna, but Aliana and Bryony blocked her path once more. Aliana's Pumpkaboo was hit by Veevee's Disarming Voice, but retaliated with Seed Bomb. Since X needed help, Y went to the Pokémon Village, with Trevor taking her place to battle the two scientists.[13] 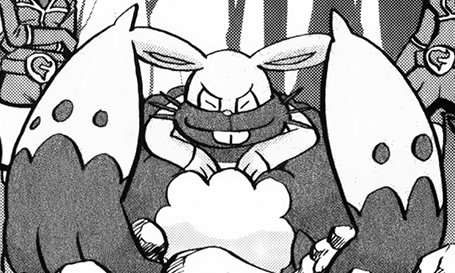 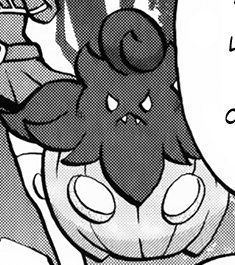 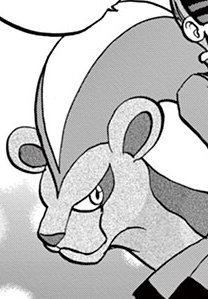 Retrieved from "https://pokemon.fandom.com/wiki/Aliana_(Adventures)?oldid=1309342"
Community content is available under CC-BY-SA unless otherwise noted.