For the variant appearing in the games, see Acerola.

Why Not Give Me a Z-Ring Sometime?

Acerola is a character appearing in the Sun & Moon series. She is also a specialist on Ghost-type Pokémon.

Acerola is a young girl, who has purple hair and purple eyes. She wears a patchy dress of black, dark purple, and light purple, with two ribbons coming from her back, a gold arm band on her left forearm and light purple sandals. Her hair is a rather messy short bob with her bangs collected in a small ponytail, just above her forehead with a golden clover-shaped badge.

Acerola is a polite, helpful girl. However, she sometimes scolds Nanu for being lazy, and occasionally forces him into working.

Acerola was reading a book to two children, who referred to her as their "big sister". Per request, she read them a story about the Greedy Rapooh, a spirit that scared people on the island and stole their treasures, who was sealed into a stone by the Island Kahuna. She claimed the story was but a fairy tale. Much to their surprise, due to Team Rocket's misbehavior, they saw Gengar, the Greedy Rapooh, was actually not a myth. The Greedy Rapooh stole their Darkium-Z, and scared off the children. However, Greedy Rapooh took her with itself, with Acerola's Mimikyu following them. Acerola demanded of Greedy Rapooh to release her, who continued stealing people and Pokémon's items.

Team Rocket overheard Greedy Rapooh, and Meowth translated that it actually wanted to give items to Acerola, to keep her around. Acerola refused to affiliate herself with it, and Greedy Rapooh attempted to pull her into itself. Acerola was dropped, for Team Rocket's Mimikyu fired Shadow Ball to distract Greedy Rapooh. Nanu visited Acerola, and the two went after the Greedy Rapooh, who was defeated by Team Rocket, after Nanu gave them a Z-Ring. However, Acerola sensed that Greedy Rapooh wanted someone to play with it, since it was very lonely and showed some affection towards her. Thus, she offered Gengar some time to play with it, but Nanu threatened to seal it into the mound if it continued misbehaving.[1]

The next day, Acerola went to the police station to greet Nanu. Instead, she found Ash, who was looking for the Island Kahuna. Acerola knew Nanu had fooled another person, and explained Nanu was that police officer. She promised to take Ash to Nanu, but before that, they went to the library. Ash's Poipole was interested in a book that showed an illuminating Pokémon, which Acerola referred to as "the Radiant One". She claimed it was the Pokémon that created Alola by illuminating the place with its light. With that done, Nanu came in, for Acerola took his toy, and fell into her "trap", as he revealed himself to be the Island Kahuna to Ash. Ash wanted to challenge Nanu for a Grand Trial, who refused, believing Ash had to train more, claiming he should return to Melemele Island. Acerola glared Nanu, thinking he was just lazy to take Ash on, and proposed a "pre-trial" to see if Ash was worthy enough. Nanu grudgingly accepted, and Acerola watched their match. Ash was defeated, but was motivated to train more; Acerola thought they could go to Tapu Bulu.[2]

Acerola let Ash ride her Mudsdale, as they went to the Ruins of Abundance to meet with Tapu Bulu. Past a desert, the group came to a mountain, which Ash had to climb. Atop that mountain, Acerola showed Tapu Bulu, whom Ash approached for training. Acerola watched their training, commenting how fun it was to see Ash and Pokémon playing around in the rain. After the battle with Tapu Bulu, Ash told Acerola he thought the training yielded good results.[3] Later, Acerola was surprised to see Ash had his Pokémon train without an opponent. The two went to see Nanu, who was annoyed that he was visited so often today. To see if he was worthy, Nanu let Ash face the people that visited him, and if he won, he'd be able to take on the Grand Trial. At the Thrifty Megamart, Ash faced Team Rocket in a battle, where Acerola was the referee. After Ash's Pikachu defeated Mimikyu with 10,000,000 Volt Thunderbolt, Acerola declared him as the winner, and congratulated him.[4]

Acerola visited the Ruins of Abundance, and noted that Nanu did give an offering - a basket of fruits - to Tapu Bulu, to honor the Grand Trial. Before the battle commenced, Acerola wished Ash luck, noting Nanu wanted a great match. She was glad to see the training with Tapu Bulu proved to be useful. When Ash's Lycanroc defeated Nanu's Sableye, Tapu Bulu came to give Lycanroc a Sitrus Berry. Acerola asked Nanu's permission, who was displeased the guardian deity interfered, but let Ash feed his Pokémon. In the end, Lycanroc defeated Nanu's Persian, and Acerola congratulated Ash for the victory. At the end of the day, Acerola bid Ash farewell, wishing he'd return to Ula'ula Island one day. As Ash departed away, Nanu admitted Ash was an interesting guy, but Acerola thought he'd at least bid the guy farewell. Though Nanu claimed he didn't do such things, Acerola sensed he had a great time during the Grand Trial, who explained he had to give his very best.[5]

When Poipole made a painting on the ceiling of Professor Kukui's house, Ash and Rotom compared it to the picture of the illuminating Pokémon from Acerola's book.[6] When Kiawe mentioned Alola was made by the Radiant One, and Ash and Rotom recalled Acerola's story.[7] When Nanu prayed at the Ruins of Abundance for the Radiant One's help to defeat the dark Ultra Beast, Acerola scolded him, since he needed to pray properly.[8] Acerola was at the ruins, and shared some of her Ultra Aura to Necrozma, the Radiant One, beyond the Ultra Wormhole.[9]

Acerola visited the Pokémon School to deliver a book, and encountered Ash and his friends. Acerola greeted Ash, and was introduced to his friends, who were terrified of her flying Mimikins. When asked if there were any haunted houses in Alola, Acerola stated there weren't any in the region, but proposed making one. With the principal's approval, the group made preparations for Lana's sisters, Haper and Sarah, who were thrilled about the opening of the haunted house in the school. As Lana went to scare her sisters with a mask of a Cofagrigus, the mask started levitate on its own. Acerola had her Shuppet use Foresight, which revealed a group of Ghost-type Pokémon; Acerola assumed they followed her Mimikins around, since she was an actual ghost.

Harper and Sarah were enraptured by the ghosts, despite Lana's warnings, and as the group went to confront the ghosts, the Mismagius pulled them into another world. Acerola and the others were in an odd world, and sought out to rescue Lana's sisters. Eventually, the group separated, and Lana and Acerola attended a tea party. A moment later, they struggled to save themselves from a flood, as a Chandelure poured too much tea. Much to their surprise, a giant Komala appeared, and per Lana's order, Komala rang the school bell. The group woke up, and realized they all experienced nightmares; the ghosts that pulled them into a dream had disappeared. Acerola apologized for the trouble, but was glad to see Harper and Sarah were alive and well.[10]

Acerola participated in the Alola Pokémon League with her Shuppet. Before the tournament began, she visited Ash and his friends, and greeted them with her Mimikins, as she registered in the tournament when she came with Uncle Nanu. She won the preliminary round. When she learned she would face Kiawe in the next round, Acerola asked Mimikins how fun this could be.[11] Acerola battled against Kiawe in the quarterfinals, but ended up losing.[12] Acerola and Mimikins were among the audience watching the semi-finals, featuring Gladion and Kiawe.[13] Later, Acerola and Mimikins were watching Ash's battle against Guzma.[14][15] Acerola attended the final ceremony, where Ash was given the Championship Cup. She was surprised to see the Ultra Beast, Guzzlord, having descended from an Ultra Wormhole.[16]

When Pikachu and Tapu Koko's Z-Moves collided during the exhibition match at the Pokémon League, Kukui and Ash remembered Acerola and Mimikins, during the encounter with Tapu Bulu on Ula'ula Island.[17] 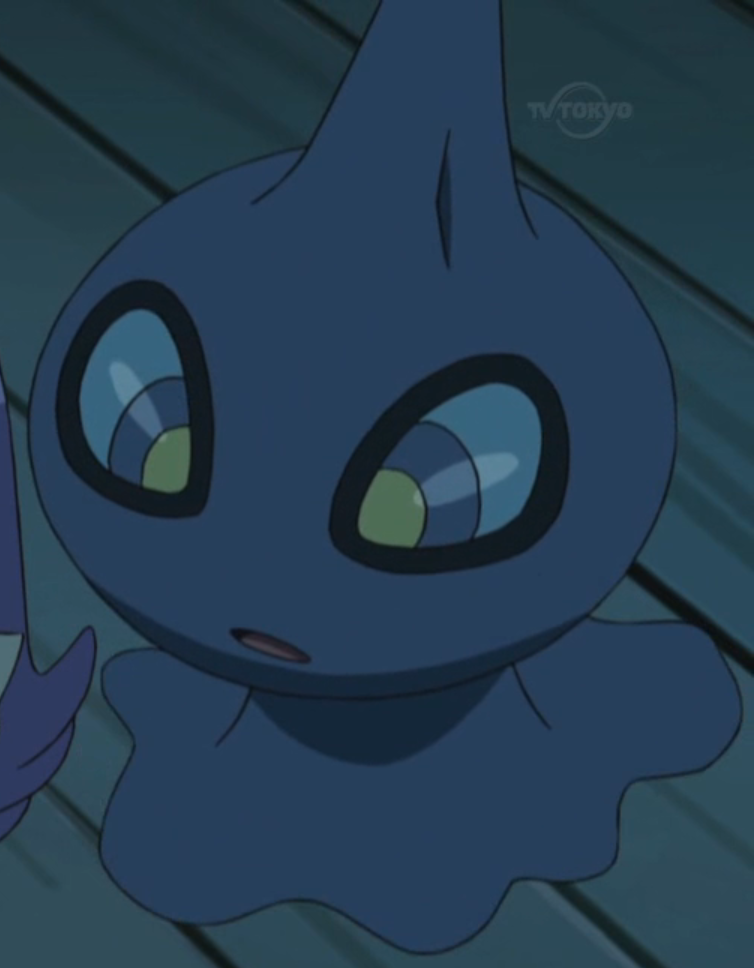 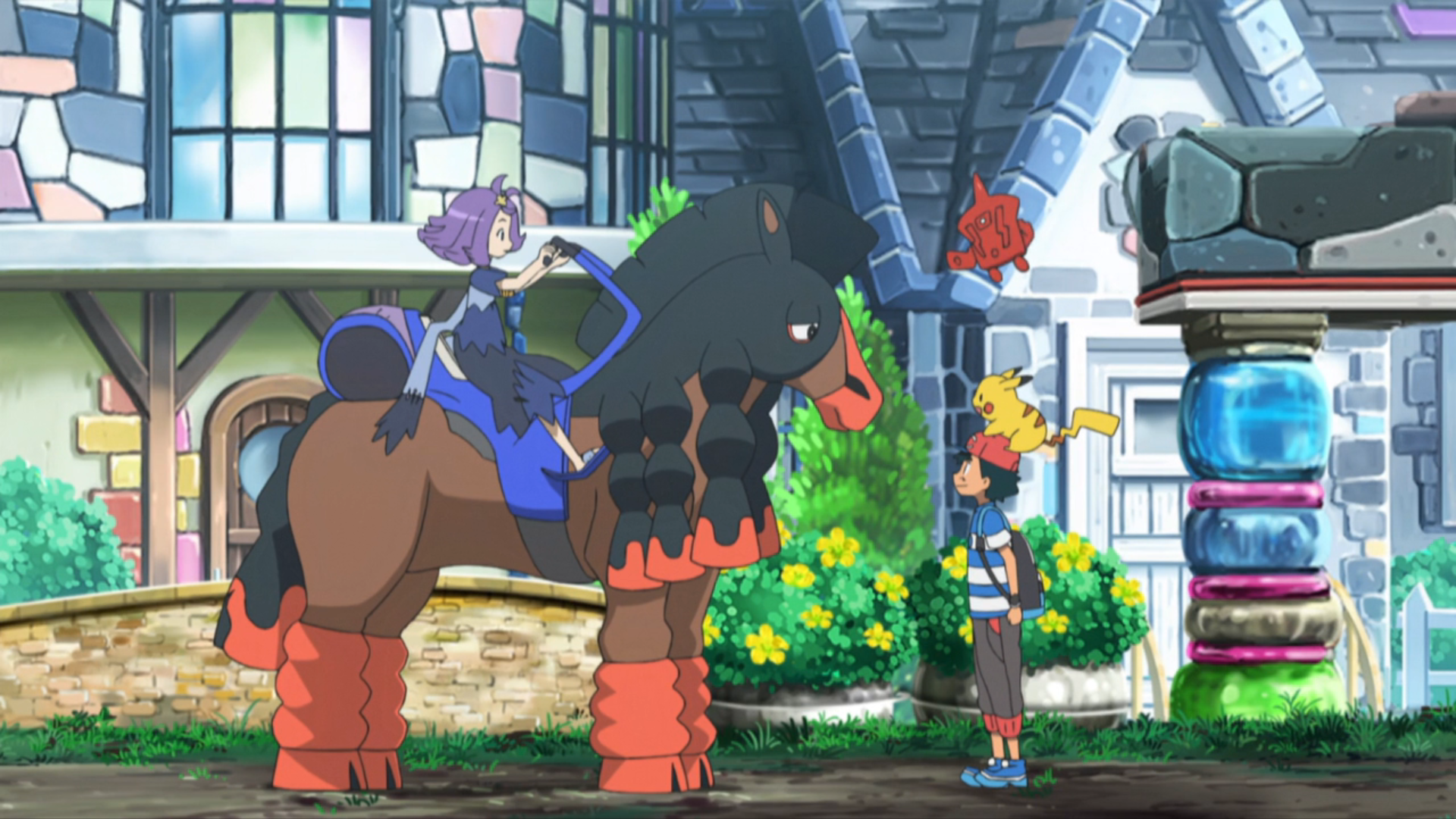 Retrieved from "https://pokemon.fandom.com/wiki/Acerola_(anime)?oldid=1187858"
Community content is available under CC-BY-SA unless otherwise noted.