For the variant appearing in the games, see "Aaron".

A Trainer and Child Reunion!

Aaron in other languages

Aaron is a character appearing in Pokémon the Series: Diamond and Pearl, who is a member of the Elite Four in the Sinnoh region.

Aaron is a teenager. He has green eyes and green hair, which has a long cowlick. He wears a black tank top with an orange zipper and line design, orange pants with a white belt, and white shoes with orange soles.

His Japanese name, Ryō, may come from 蜋 (ryō, which can mean "praying mantis," "dung beetle," or just "insect") or 緑 (ryoku, "green," as the Bug-type is often associated with the color).

As a child, Aaron was friends with a Wurmple that had helped him get out of a tree. But he began to feel irritated at Wurmple tagging along with him. After Wurmple lost a competition, he threw a tantrum at Wurmple, and they went on separate ways. This forced Aaron to train Bug-type Pokémon and learn their "language" so he could understand them.

Eventually, after becoming an Elite Four member, Aaron built a center near a lake for training. He chose the spot suitable for Bug-type Pokémon.[1]

When the heroes encountered Lucian, the latter told them that he, along with Aaron and the rest, were members of the Elite Four. He reminded that they were powerful Trainers, who had to be defeated in order to challenge the Champion, Cynthia.[2] Aaron later wrote a letter to challenge Cynthia.

Aaron was secured by Officer Jenny as he had a public demonstration of his training. When the heroes encountered him, Aaron had Vespiquen, Skorupi and Drapion train by attacking targets for practice. After the training was over, Aaron signed autographs for his fans, including Dawn, and gained an interest in her, Ash and Brock as they knew Cynthia personally. Aaron admitted he was going to challenge Cynthia, a powerful Trainer, to which he trained himself and his Pokémon vigorously. He also invited the heroes to train alongside him, where his Pokémon rested in the environment.

Ash was quite excited to train with an Elite Four member, to which Aaron reminded him not to strain himself, as Brock believed Ash wanted to improve himself before his rematch with Fantina. Aaron finished his training, while Ash nearly fainted. He was approached by Dawn, who showed a picture of a young Aaron and Wurmple: Aaron explained his story behind Wurmple, how he had befriended it and even had abandoned it. As he was to continue, Aaron's Pokémon, along with Pikachu and Piplup, were captured by Team Rocket. Aaron went to rescue his Pokémon, to which Jessie's Seviper used Haze to blind him temporarily as they made their escape.

The heroes helped Aaron in finding the Pokémon, who felt guilty over losing these Pokémon. They eventually found Team Rocket and the captured Pokémon, and started a battle to retrieve them. As Team Rocket used a suction hose to steal the Pokémon back, a Beautifly appeared and used Solar Beam to strike them. Aaron then realized this Beautifly was actually his Wurmple, who had eventually evolved. With Beautifly's help, Aaron defeated Team Rocket. Aaron then offered Beautifly a spot in his team, which Beautifly accepted. The heroes praised their bond, whereas Aaron wished Ash luck in his match against Fantina. The two sides then parted ways.[1]

Aaron, facing Cynthia, used Drapion to battle her Garchomp. Moments later, Cynthia's Gastrodon defeated Aaron's Beautifly and earned Cynthia the victory.[3] When the heroes encountered Bertha, Brock accidentally revealed her secret that she's the Elite Four member, to which the heroes compared her strength to Aaron and the other Elite Four members.[4]

Aaron also appeared in the ending scene of the 13th Pokémon movie, along with his Beautifly.[5] 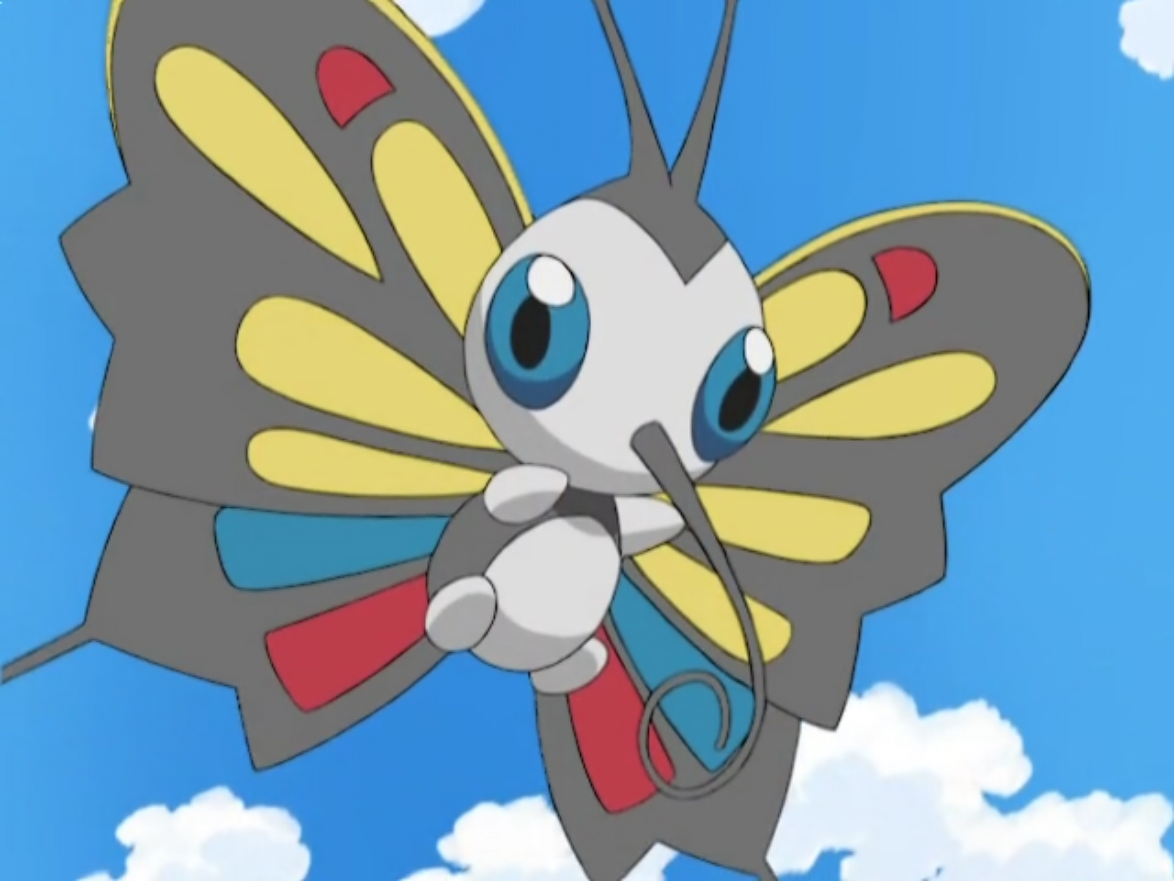 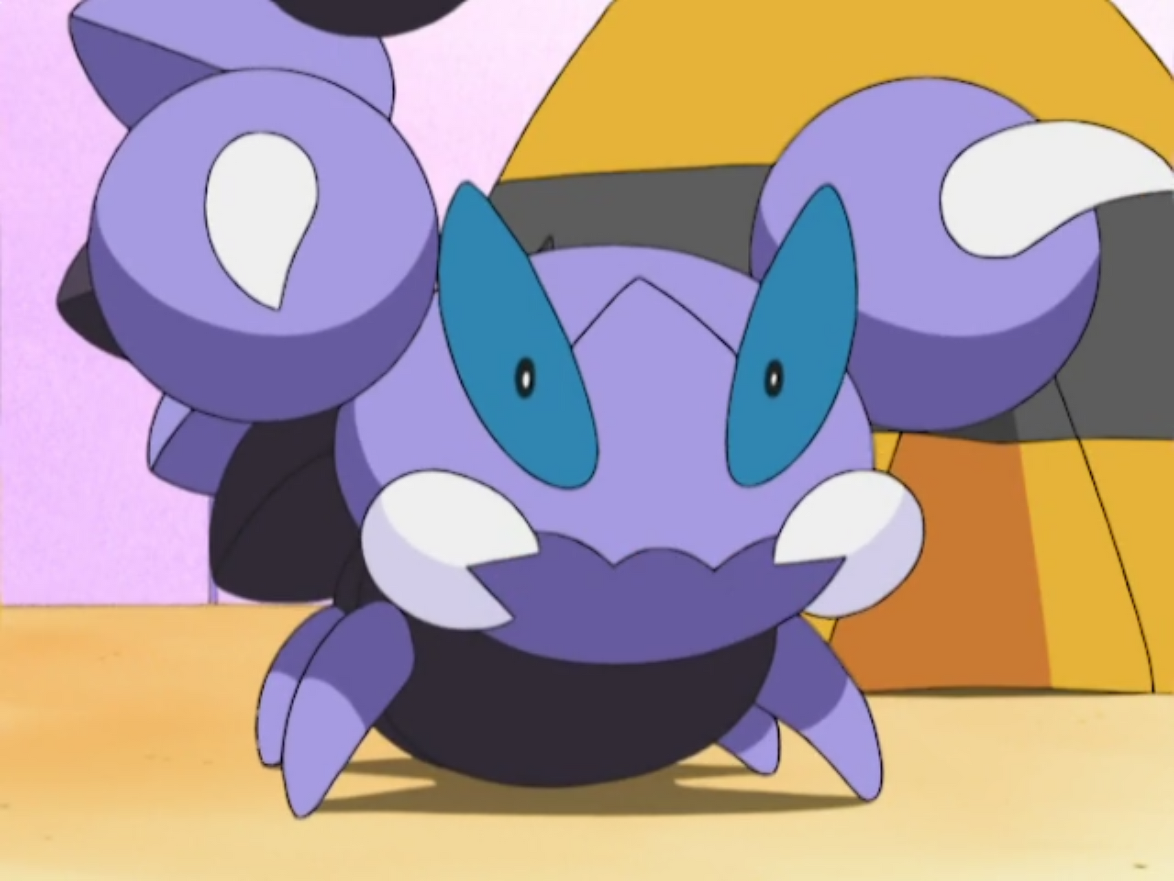 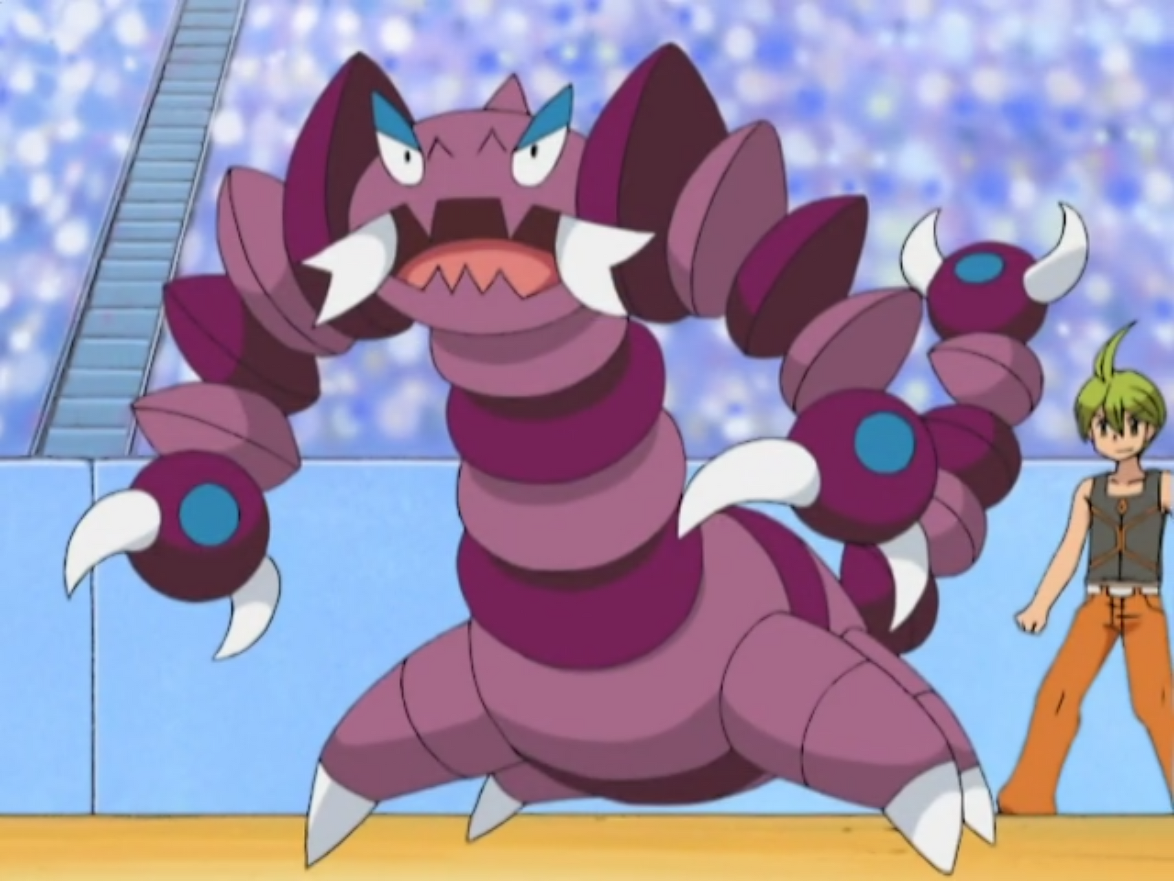 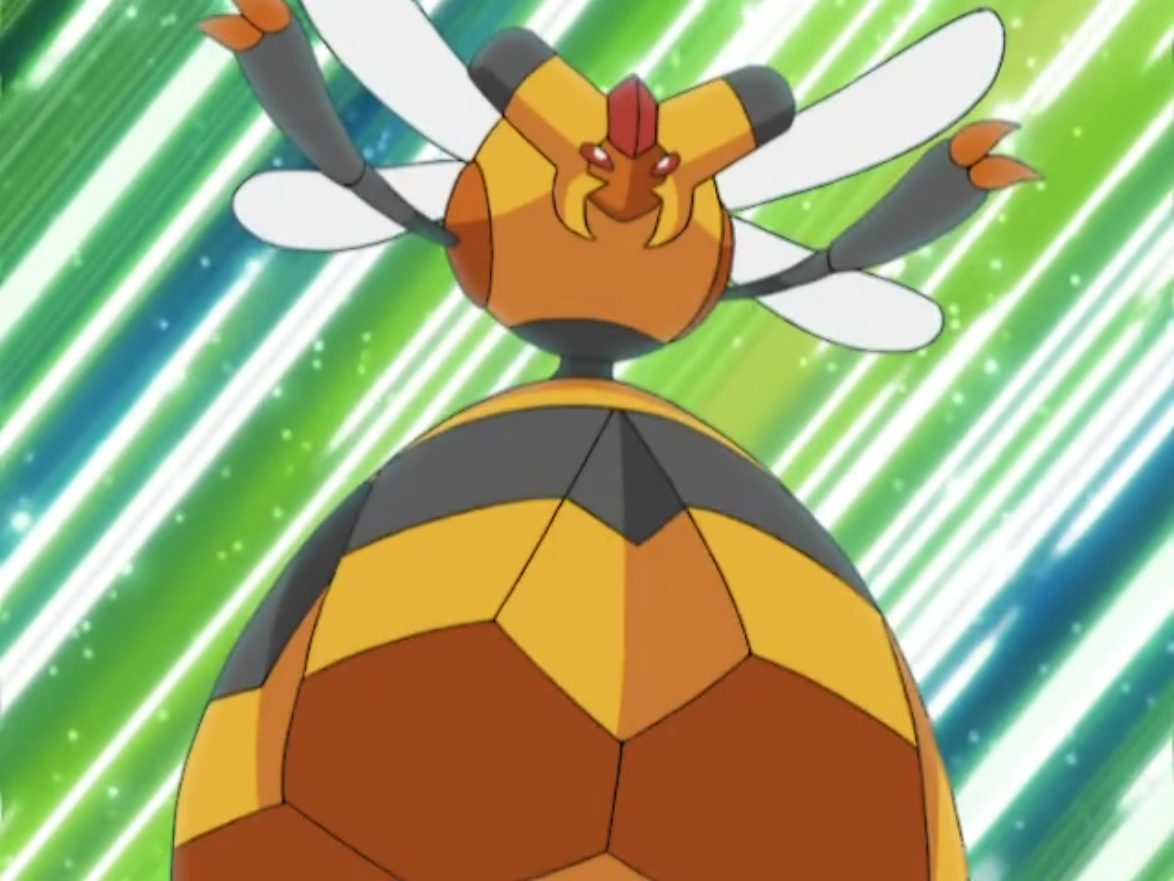