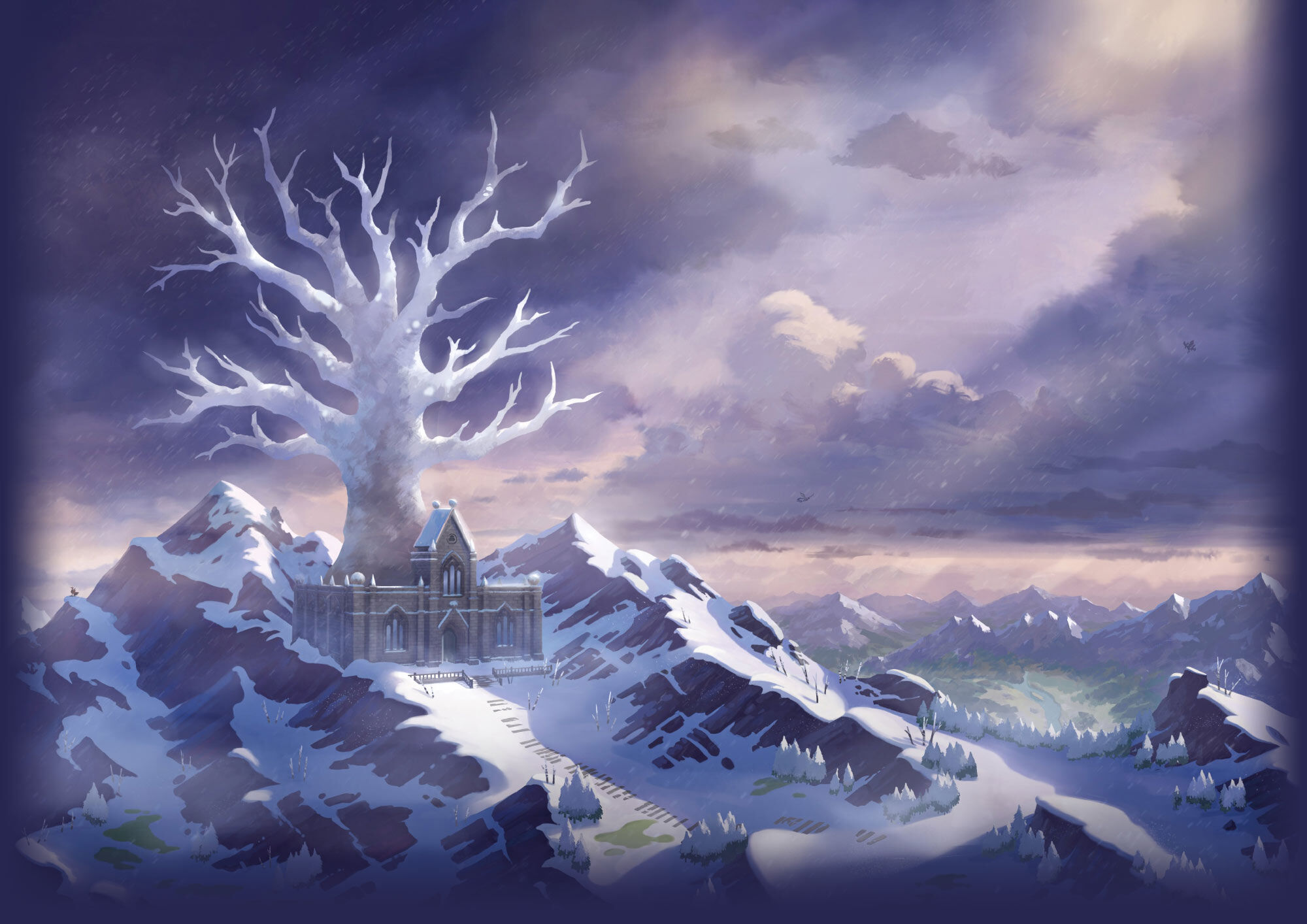 What's on your mind?

In that new Japanese Opening of Pokémon Journeys, we not only saw the foreshadowing of Gary Oak and Iris returning, but saw a huge battle between Ash and Leon! By the looks of it, this might be the possibility of Ash facing Leon in the finals of the World Coronation Series. My theory is that the 2021 season involves Ash finally reaching the Master Class and battles in the final tournament where he’ll battle his way to Leon and hopefully win the title of Monarch. If that’s true, then my guess is that the 2022 season (which is the 25th anniversary of the anime series) involves more reunions of Ash’s friends and rivals including the possibility of a World All Stars League. It may involve more past characters from around the world and Ash might invite some of his old friends to join in. It’s because I really want to see more returning faces like Tracey, Brock, Misty, May, Max, Dawn, Clemont, Bonnie, Paul, Alain, Gladion, Lillie, etc. just to have a big party and battle. 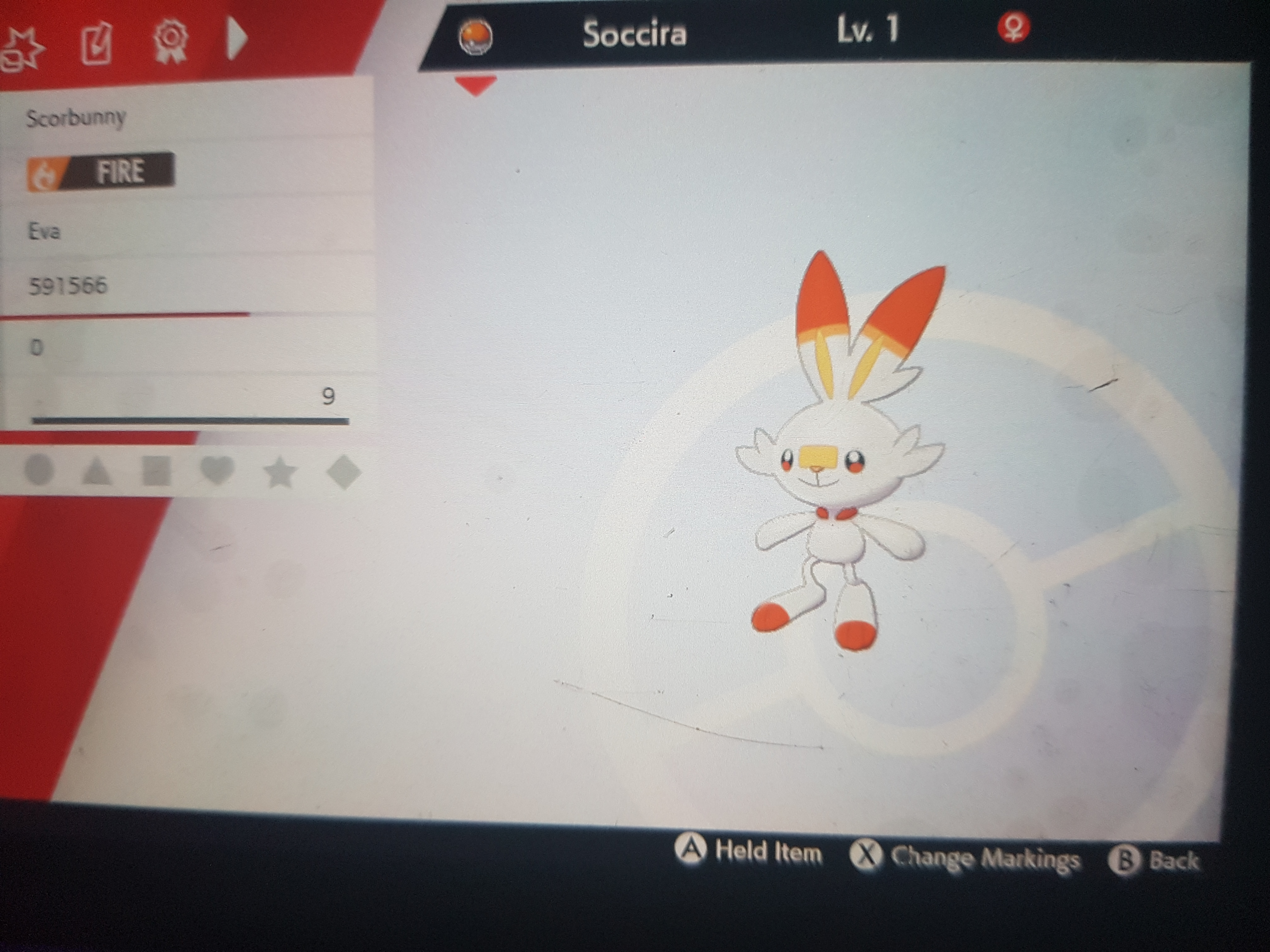 I enjoy seeing your art and as a (VERY BAD) artist I need inspo... 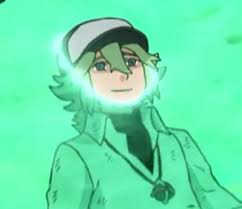 Hey so this is my first attempt at drawing really anything. This is of course Tyranitar. Tell me what you think. And please don’t be to harsh if you don’t like it lol. 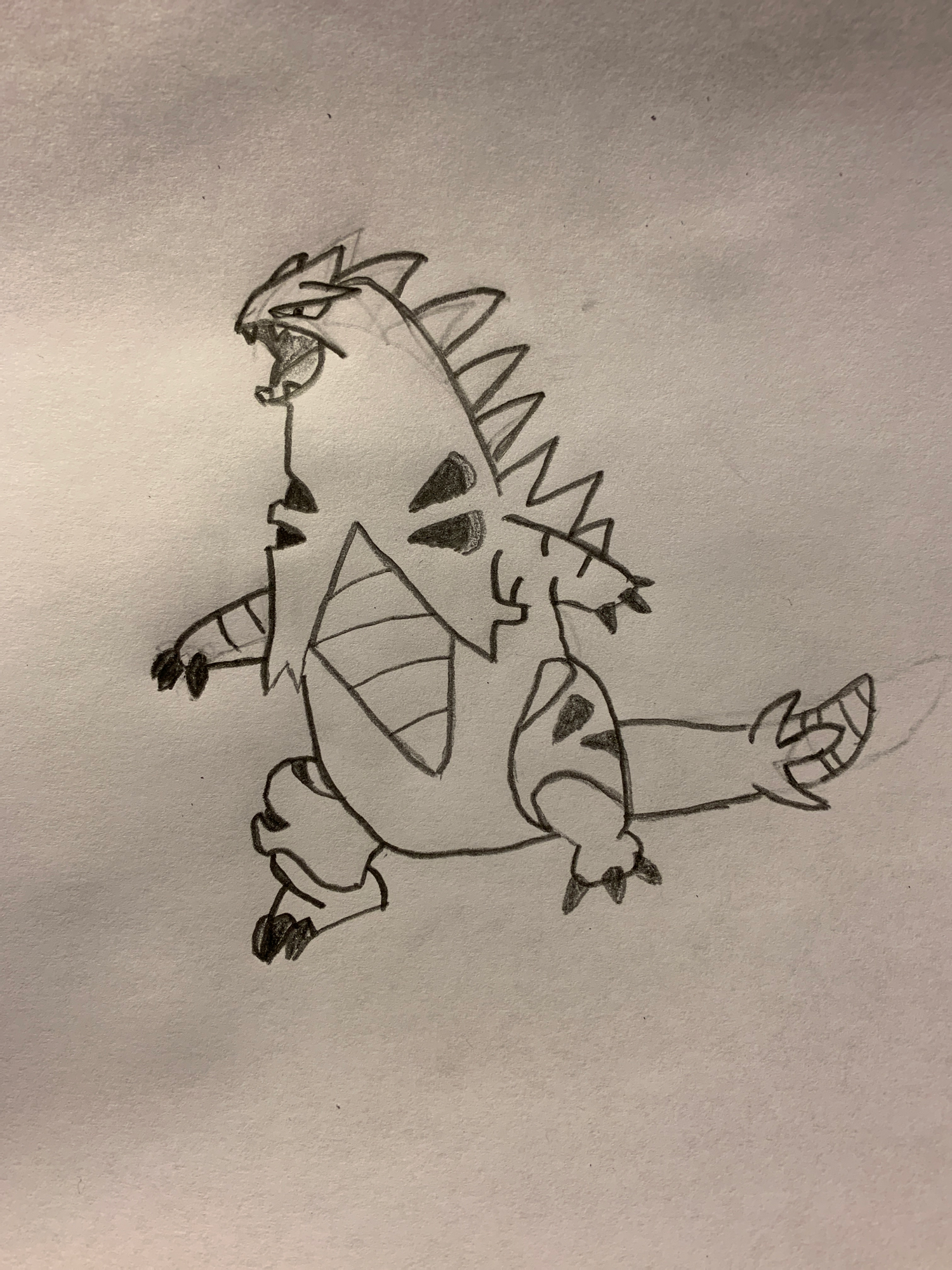 One of the things me and my friends do during Splatoon Splatfests is cosplay as characters from other franchises. So, what pokemon characters should I/We do?

I'll edit the post with pictures of the cosplaying inklings/octolings!

Flareon HAS to be the best eeveelution! And it's not for all of that trash like "competitive violation" or "opinions", but it's hugability! LOOK AT IT! It's so fluffy, and with it being a fire type, it has to be so warm, too! My problem with the other ones are: Vaporeon is too scaly, Jolteon is too spiky, Leafeon is too leafy, Espeon, I guess it's ok, but your basically hugging a dog with no fur, it's legit nothing. And, Umbreon's sweat is toxic, so hug at your own risk. AND SLYVEON... I'm sorry, I just don't want to deal with those flesh ribbons.

Tell me who is the best water type in your opinion. I think Blastoise. He was one of the first pokemon that I knew. He also has a hard shell and can attack from a distance depending on the move. 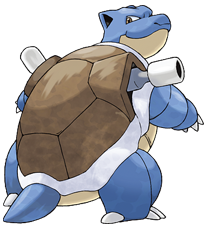 Hi I am new to this place!

My favourite mon is Sceptile because he was my first starter!

My favourite game/s are literally every game based in Hoenn!

I know it's an unpopular opinion. However, having played all of the games since Gen 2, I can say that BW and B2W2 are the best Pokemon games, at least for me. And no, its not nostalgia.

Now, many people say Gen 5 has ugly and unoriginal Pokemon. But look at Hydreigon, Volcarona, Chandelure, Galvantula, Scolipede, Liligant, Gigalith and the legendaries. I think they all have solid designs. People say that the starters are ugly; but Emboar is a pig, and pigs are ugly. Serperior looks fine to me and Samurott looks like a badass Samurai. Also, don't forget Gen 5 gave us many great competitive Pokemon like Ferrothorn, Excadrill, Zoroark, Volcarona, Cinccino, Gothitelle and Bisharp.

Now comes the most obvious part, the story. Almost all Pokemon games have the same story; defeat gym leaders, defeat evil team leader, defeat elite 4, defeat the champion and the game is finished. Black and White is different. For the first time ever, we see an evil team who believes in the liberation of Pokemon instead of world domination or money. For the first time ever, we defeat the evil boss after defeating the elite 4. Now let's get to the most important point.

The CHARACTERS. This generation easily has one of the most well-written characters in the enitre franchise. A mother who actually cares about you and calls you at some points of the game, The rivals who aren't annoying and actually has some major character developments (Like Cheren finding out that Pokemon aren't just a tool for battles, and Bianca helping the professor in research work instead of becoming a generic, annoying rival), The gym leaders who are actually involved in the story instead of becoming random NPCs you will forget about, An evil team leader who is actually terrifying and challenging and a Champion who constantly takes part in the events of the story. Last but not the least, the single most mysterious, developed and interesting character in the entire franchise, it's N. The best part about these characters is that they contribute so much to the story and they make you feel that you are not the only one doing everything.

Not only that, BW also has the best finale of any main series game, period. You defeat the Elite 4, and then you find out that the champion, Alder, was already defeated by N. And then, in the castle, you unravel all the secrets behind N. His dark childhood, his real name and his father, Ghetsis. You fight N, probably the most badass fight in the entire franchise, and then Ghetsis appears and reveals himself as the true leader of Team Plasma, and also telling you how he used N. You feel bad for N and then suddenly Ghetsis himself challenges you, and he is even stronger. Beating Ghetsis and N gives you so much satisfaction, because even the champion was not able to beat them. And the music makes these battles more intense and dramatic. After everything is over, N gives you a motivational speech and then disappears. I still remember his words. The credits start rolling and the music here is just so good and badass.

These all points were for BW, but B2W2 are also great games. While the story is not that good compared to its prequel, its still better than most Pokemon games. We get more characters, more battles, more pokemons and the PWT. I like how Cheren became a gym leader and Bianca is helping the Professor with research, and some areas which were developing in BW are now finished in BW2. Team Plasma also split up in 2, one following Ghetsis and one following N. The gym leaders, Alder and the new champion, all contribute to the storyline. N and Ghetsis are back, but we don't see the BW protagonists for some reason. The castle from BW is also back and can be explored. I also like how they added a Challenge mode, which makes the game harder and more challenging.

There are some features in both BW and B2W2 that I like. The animated battle sprites look good in my opinion, and they give each pokemon its own personality; much better than the 3d battle models where the mons are just standing there doing nothing until you tell them what to do. Audino is a great way to gain exp and makes grinding much less tedious. The region may be linear, but a newbie can easily get lost in places like Chargestone Cave, Reversal Mountain or Twist Mountain. And there are optional places to explore like the Mistralton Cave. So that makes the game less linear, especially when compared to the newer games.

I like all the Pokemon games, but gen 5 will be my favourite, forever. 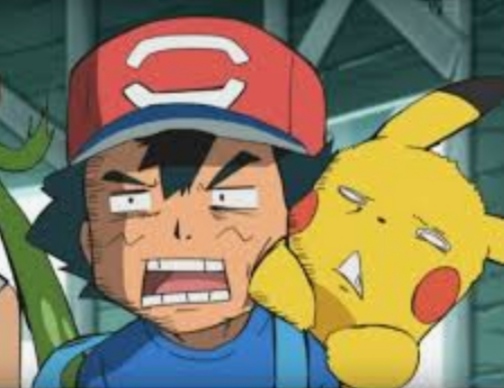 @Lance Faulkner I did the evolutions for Ekko male and female! I'm gonna show u!

Sorry It wont allow me 2

I've tried to create my own fake pokemon before, and I'm sure everyone has. But has anyone else realized that actual Pokemon have a certain aspect to them? I couldn't tell you exactly what it was, but it's certainly there, and when I try to make fake Pokemon, I can't replicate it. Does anybody know what I'm talking about?

So it is a Game I will give you a Image and you have to describe it, whatever you think about the character, Pokémon or word in the image just comment it!

You can write a word or can give a brief answer 😊

So todays Image is of Pokémon Center! 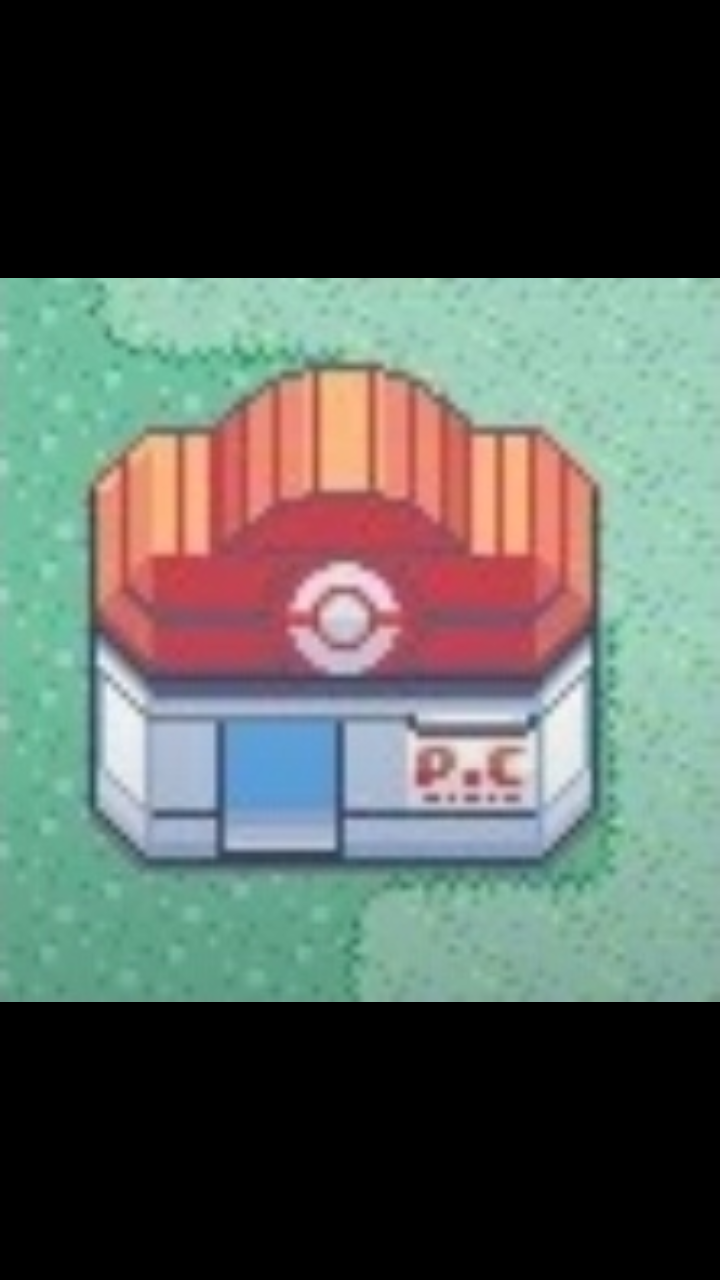 Kindly read the rules before replying.

How to play: You have to say a pokemon related word and then continue with the last alphabet of the previous word.

No off topic replies.

Use pokemon related words only.

Also if the post completes 24 hrs, users can mention a mod to lock the post and make another post or tell a mod to make one.

This is probably just going to be just ranting but, can we talk about pokemon that seem shorter than you think like can somebody explain why lucario is so bada$$ and its only 3,11 wtff just why and also can somebody explain to me why kyorgre (idk if i spelled it right) looks do freaking small in the anime! 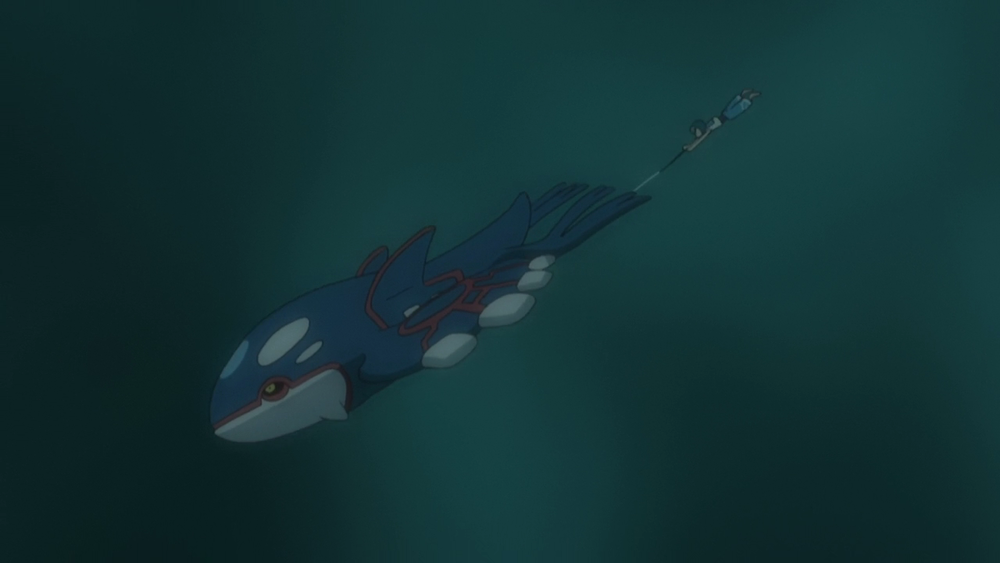 Yes I would love it
Na not me
On opinion
ಠ_ಠ 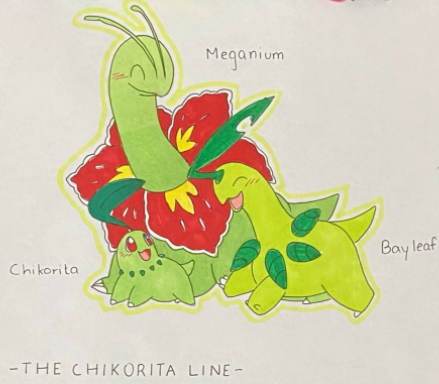 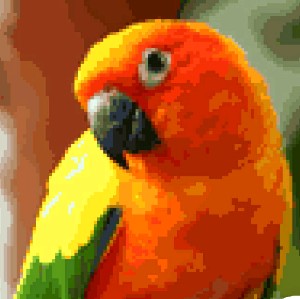 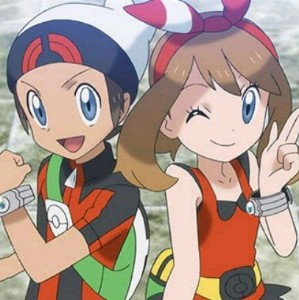 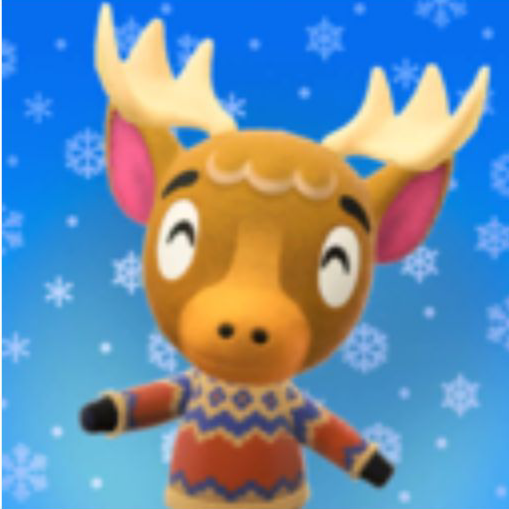 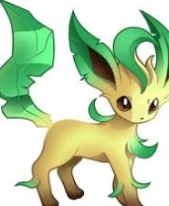 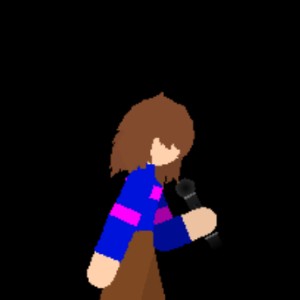 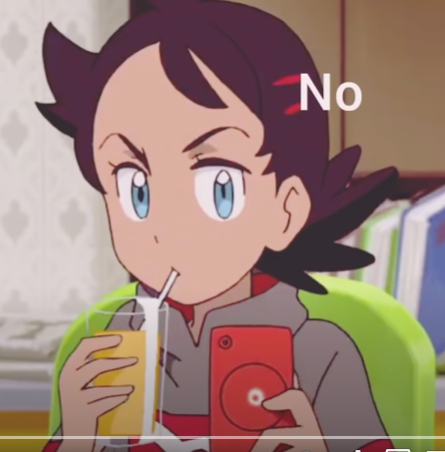 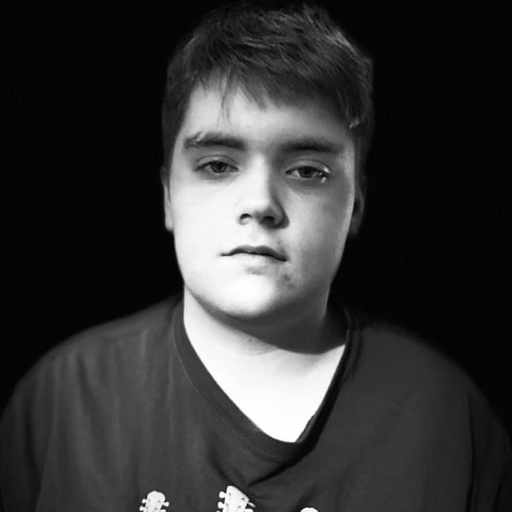 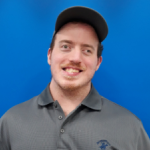 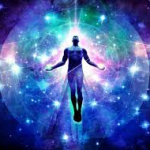 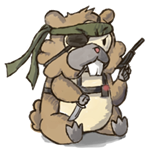 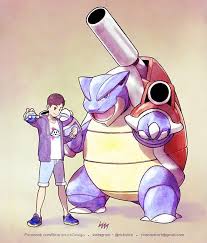 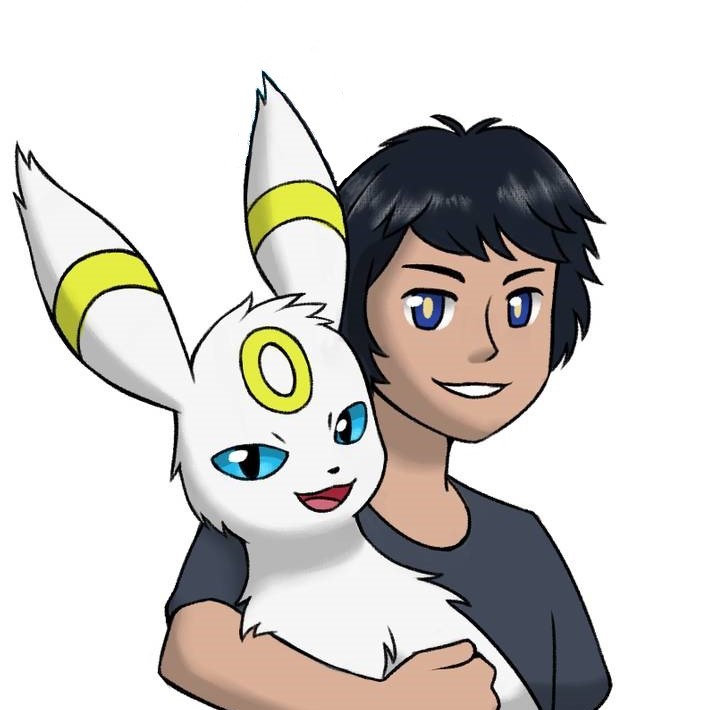 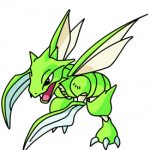 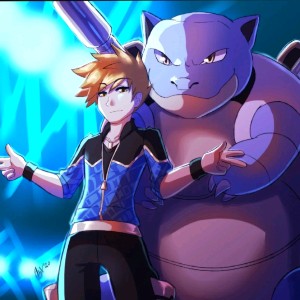 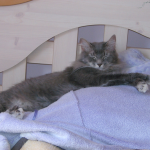