What's on your mind?

I had an AI draw a Pokémon, now I’d like for you guys to guess what that Pokémon is supposed to be. Hints will be given if needed. Do not spam answers, please take your time to figure this out 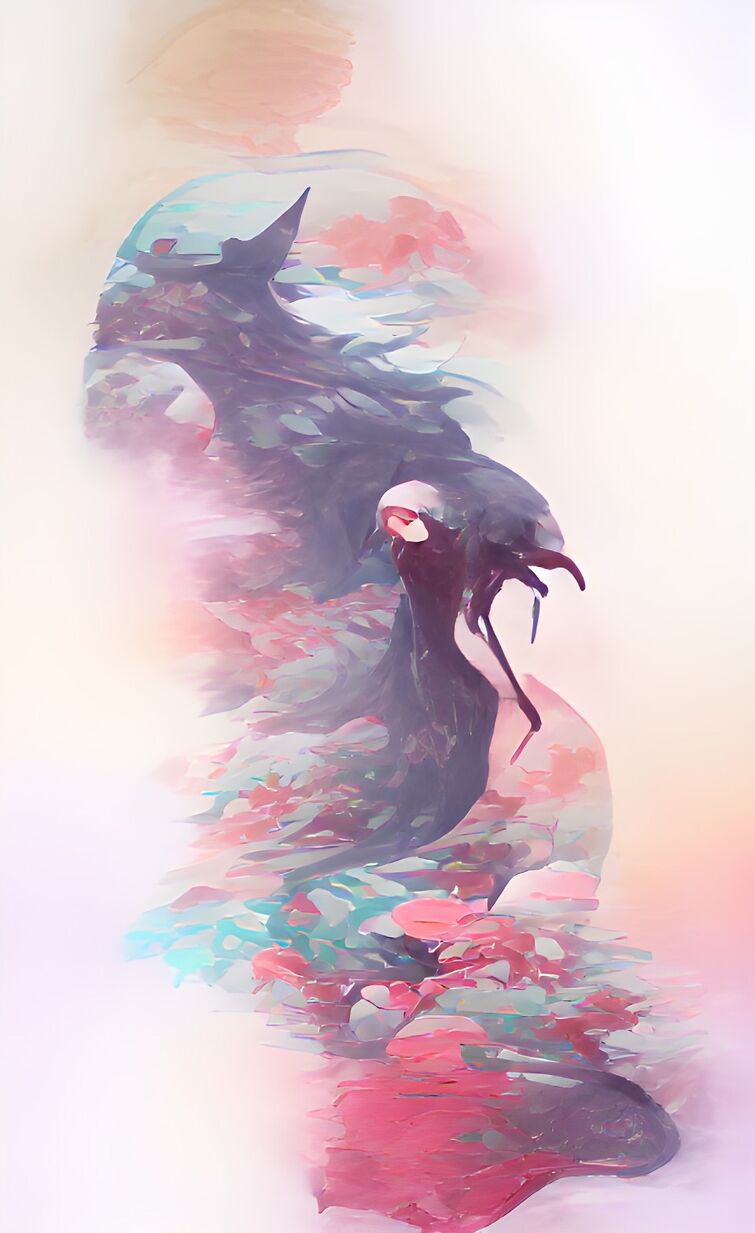 Not based of evolutions more like design and and my own preferences.

I’m definitely not gonna respond to hate comments. Because if your angry with what some random person online thinks you should just leave it. 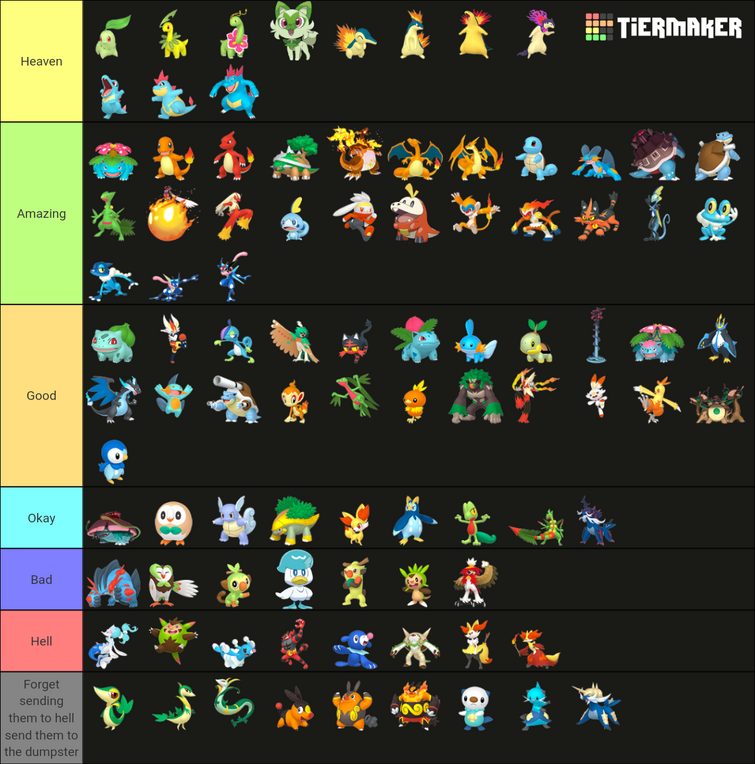 Is it a good deal to buy the bottom half of the Darkrai and Cresselia Legend card set [Cresselia] for 40$? It's lightly played, ungraded. If you want to know what it looks like, look it up on Google I guess. Should I get it at the card shop or just buy it online instead? 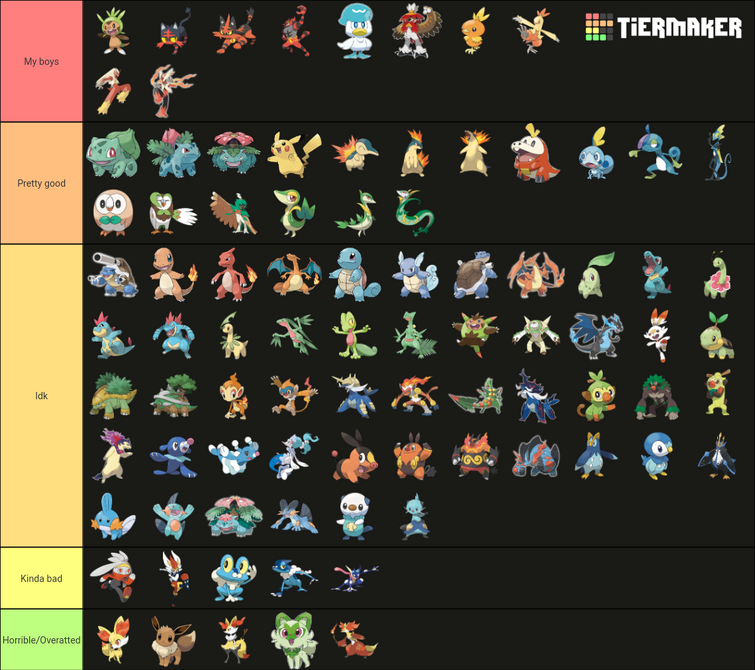 Exiled is the story I wrote for a Fanfic Contest that happened a month ago (I think.)

I'm currently writing the sequel, but wanted to start posting the first story on here.

It takes place in Husui

Peacock was still pretty mad at Kamado for exiling her, even though it had been a while ago. He had apologized, yes, and accepted her back, and she loved that she was able to keep working for the Survey Corps. But whenever she had to go upstairs to report to him, or when he asked for her, she couldn’t help but feel mad that he had thought that she was the one creating the Rift. He even thought HE was the one going to stop whoever had created it. She snorted.

Kawauso, her Hisuian Samurott, and her starter, nudged her arm. Peacock smiled and rubbed his head with her hand. Hearing footsteps coming towards her, she took Kawauso’s PokeBall and returned him to it. When she looked up, she saw that it was Volo coming towards her. Peacock put the PokeBall away and stood up.

He stopped and smiled. “Do you have the plates yet?” He said quietly. Peacock nodded.

“I believe I have all of the plates that I was asked to get.”

“Good. We should head over to Cogita and ask her what’s next.”

They started walking towards the exit of Jubilife Village, but Peacock looked over to see Rei coming towards them. She turned to Volo. “You go on ahead, I’ll catch up in a bit.” He shrugged but continued going. Peacock headed over to Rei.

“Peacock,” He began with a worried face. “I… I think you shouldn’t be talking to Volo so much.”

“Well, I just keep having this feeling when I see him. Like he isn’t out to help people, and he just wants something for himself.”

Peacock felt a twinge of anger in her. “And what makes you think that?”

“Come on.” He said. “You can’t tell me you don’t think that at all. Think about this: He barely spends time in the village, and when do you see him actually do his job and sell things? I’ve heard Kamado say-”

“Why are you listening to Kamado’s gossip?” Peacock snapped. “Just because he doesn’t like someone and talks bad about them doesn’t mean he’s right.”

Rei backed up a few steps. “I- Why are you so mad at Kamado? He’s our boss, other than Celine.” Walking back those few steps, he put his hand on her shoulder. “Is it because he exiled you? Because he’s forgiven you for that.”

Peacock quickly shrugged his hand off. “No. I’m past that now.” She lied. “I just don’t think you should believe others’ gossip.” He still didn’t look convinced. “I’m going to do a bit of Survey work and try to fill the Pokedex a bit more.” Before Rei could answer with anything, she quickly headed out to Cogita’s home.

(Please ask if you want to be pinged)

Start with a Pokémon related word and the next user starts with the last letter of the first word.

No inappropriate/ off topic names.

It is advised to edit your replies, in case the sequence gets jumbled up. If any user doesn't edits, use the newest reply if this occurs.

Ping an active discussion moderator after the post has completed 24 hours.

Also whoever will renew the post, keep the #64 in the title. Lets see how many posts we reach.

However, I do really like the overall aesthetics of the game. My favorite towns are Ballonlea and Spikemuth (the theme of that town also slaps holy cow). I like a lot of the characters, mostly Bede and Opal though. The OST of game is very well produced and has a lot of bangers. I also like some Galar Pokémon, and I do love Galarian Zigzagoon.

I've heard a lot of mixed opinions from users about the Unova region and the BW games. I've heard some say it is fantastic and was a big breakthrough in the series while others say that it is a bad generation with lazy designs. I want to hear your overall opinions on the Unova games, and you can possible discuss it with other users here.

Reminder: If you're going to debate with other users, please keep it respectful. This is meant to be a thoughtful discussion topic, not a chance to fight or undermine people's opinions. 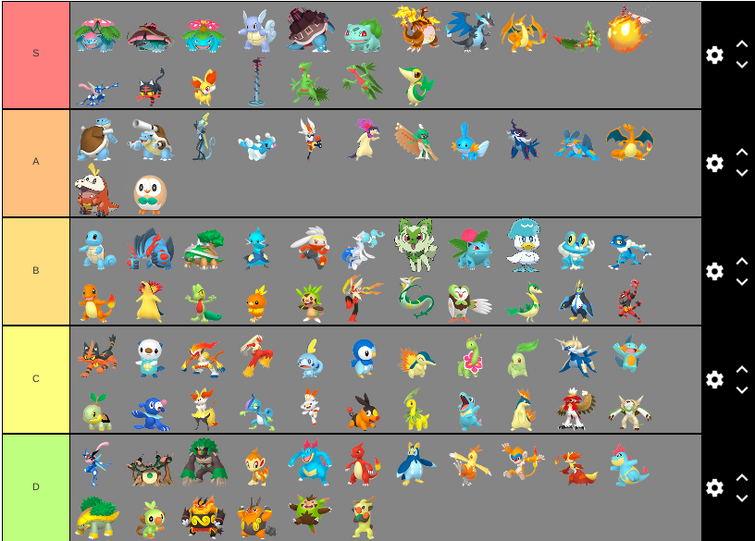 The Tiers have been properly ordered

For example Mega Venu is my fav while Gigantimax Venu is close behind, Thrawcky is THE WORST while Quiladin is a close second in the trashy department

Feel free to ask about any of my placements 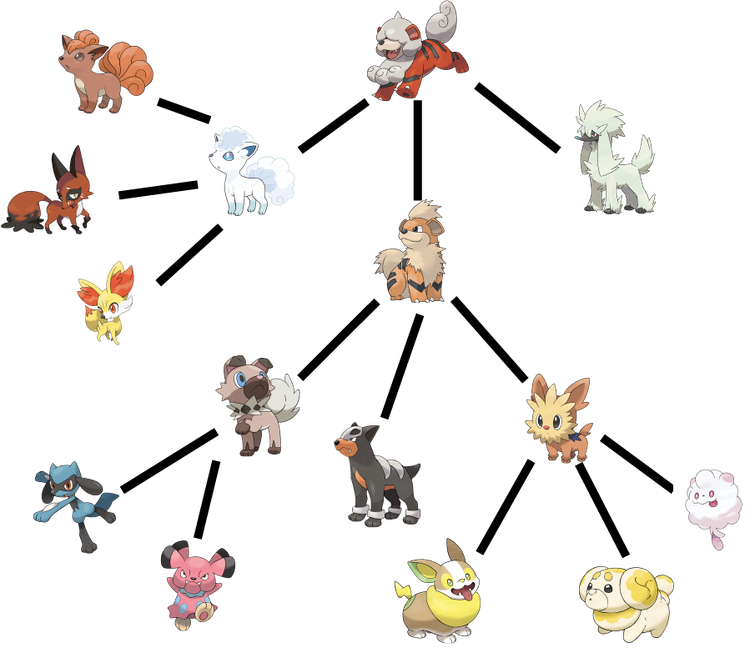 Start with a Pokémon related word and the next user starts with the last letter of the first word.

No inappropriate/ off topic names.

It is advised to edit your replies, in case the sequence gets jumbled up. If any user doesn't edits, use the newest reply if this occurs.

Ping an active discussion moderator after the post has completed 24 hours.

Also whoever will renew the post, keep the #63 in the title. Lets see how many posts we reach.

May is technically May and Brendan 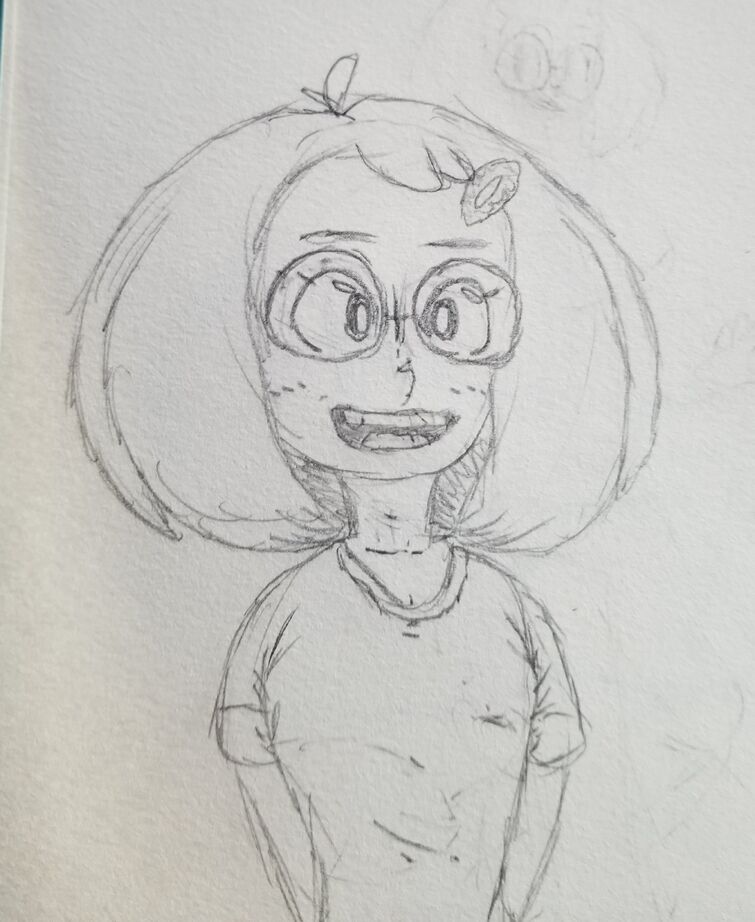 I had an AI draw a Pokémon, now I’d like for you guys to guess what that Pokémon is supposed to be. Hints will be given if needed. Do not spam answers, please take your time to figure this out 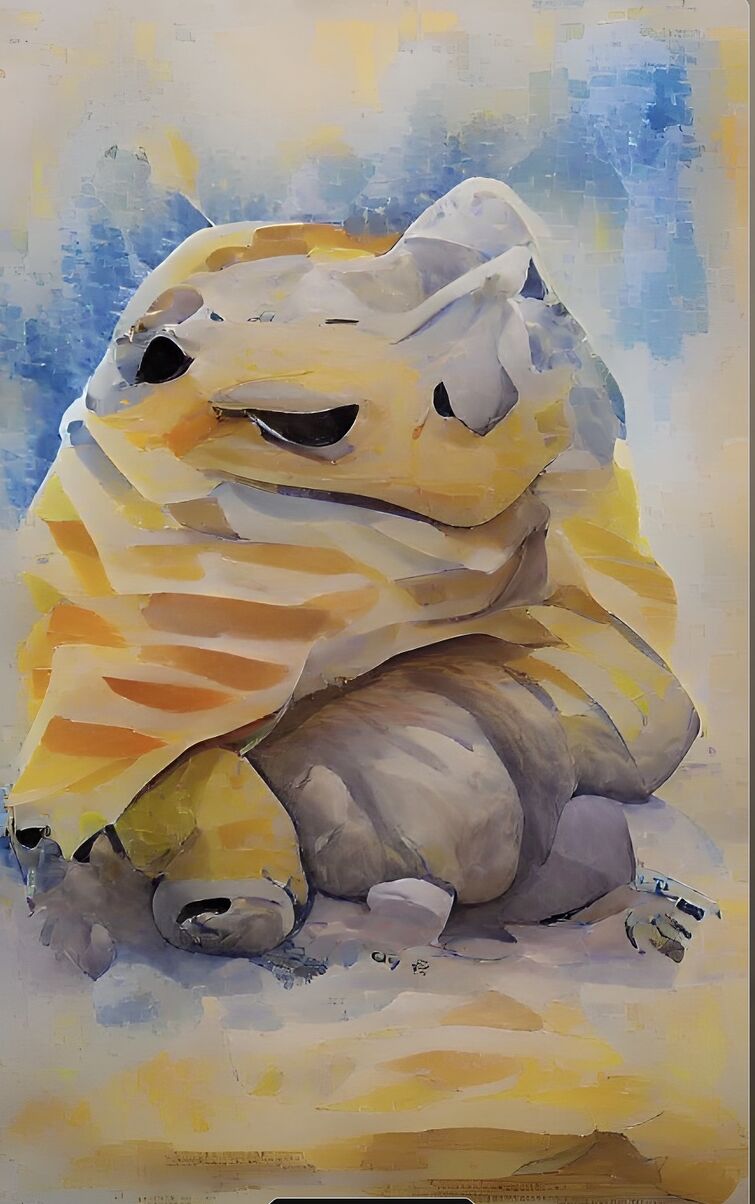 Hint #1: This Pokémon is not a dual type

Kristy grabbed Ron’s hands and helped him stand. They were in the black void again. Ron was still shaken from hearing Violet die, but the sight of Kristy made him feel a little better. “Hey…” Kristy stared into his eyes. “You look scared… What happened…?” Ron sighed. “Violet freaking died… I don’t even know how to feel anymore…” Kristy gasped. “That's… that's horrible- I Don’t know… what to say… I-I’m sorry… I’ve just been drained of tears lately… Crying is supposed to make me feel better… But I just can’t do it anymore… I-” Ron interrupted Kristy. “Calm down… You said something about ending this… Tell me more.” Kristy looked a bit annoyed. As she created a small fire by clapping her hands. “It smells just like Exter's fire-” Ron was a bit unamazed. It looked like a normal fire, but it had a strange smoky smell. “It just looks like a normal flame…” Kristy sighed. “I’m sorry that my dead friend couldn’t make a flashier fire…”

Ron felt a bit bad. “Yeah, I guess that was kinda mean… Sorry-” Kristy kept her hands close to her side. “Why can’t you just be romantic- I like it when you do that…” Roon smirked. “So you’re someone who enjoys Romantical Ron?” Kristy just stared at him. “Yeah… Please don’t take what I say out of context…” Ron grabbed Kristy's hand. “Romantic Ron would never do such a thing!” Kristy wrapped her arms around him. “Ron… there’s no need for this goofy sweet-talk… I just need someone to hold onto…” Ron blushed. “Oh- I guess you’re right…” He wrapped his arms around Kristy, putting the two of them in a blissful embrace. “Is this better?

Kristy was shaking. “I’m really scared… Just promise me that you’ll be with me to the very end, okay…? On nodded. ‘Yeah… I trust you.” Kristy sighed. “Okay… When you wake up… I’ll use the last of my power to appear in a physical form… 001 will be near… She is trying to kill you.” Ron felt a chill go down his spine. “But what happens when you use the last of your power…?” Kristy didn’t speak for a few seconds. “It's likely that I’ll cease to exist… But that doesn't matter. I want to help you, sweetheart… I’ve already existed for far too long past my original 13 years of life… Just don’t worry about me… You can live in peace once 001 is dead.” Ron thought to himself for a moment. Was this a risk he wanted to take? Could Krisy actually kill 001? Even if she couldn’t, Ron didn't have much of a life left anyway, so he decided to trust her. “I… I see…”

No OC cameos in this part 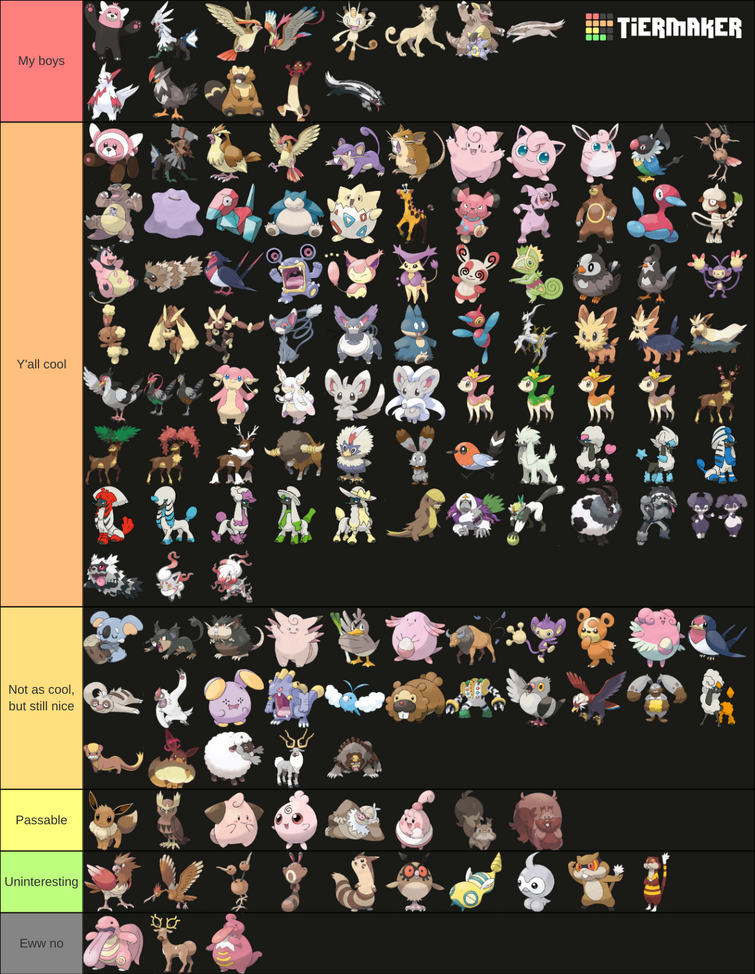 So what Pokémon do you guys think has the coolest design, not your favorite Pokémon ( though it might be ) but just which one do you think has an overall cool design